Rounding out 2019 with an article that will give my blog-post count a good composite number, I recently took a turn past a busy church that I used to pass every single day in the outskirts of the south side of Indianapolis, since it sat on property directly across from my elementary school from third to fifth grade. 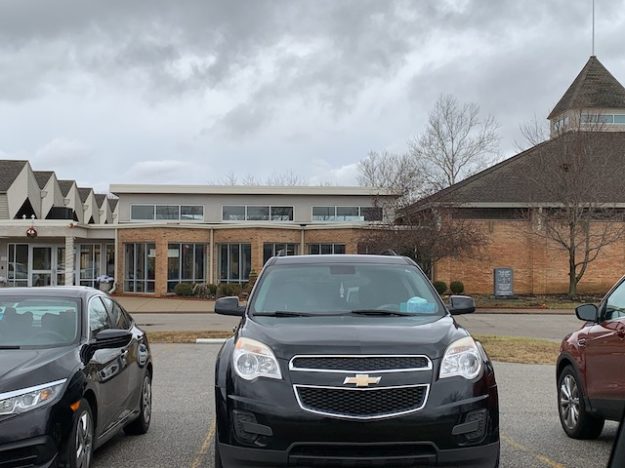 This photo unfortunately doesn’t reveal much, but on a Sunday at noon the Southport Christian Church building was packed with cars…a big contrast from how it had looked just a few years ago, when, as is often the case, it shared the condition of many Mainline Protestant Churches: a reasonably full parking lot but very empty pews.  I wrote an article on this many years ago: the oldest American denominations (particularly Christian Protestant) have faced a precipitous decline in their membership, not only from people leaving these churches to attend more orthodox ones, or from their notoriously low birth rates, but also from congregants leaving religion altogether.  Many Presbyterian, Lutheran, Methodist, Episcopal (or, in this case, Disciples of Christ) churches are simply “filled” with parishioners over the age of sixty.  Or seventy.  Or eighty.  And the “filled” gets much-deserved irony quotes.  For these churches, parking lot gets maybe 3/4ths occupied with cars each Sunday morning, but each car only has one or two people in it.  No mini-vans with four children streaming out.  As a result, the churches, mostly built in the mid-century or earlier, are vastly oversized for the current function.

This decline in Mainline Protestantism has prompted the remaining congregations to adopt multiple solutions to stave the inevitable financial decline that accompanies this exodus.  In many cases, they sublease their church to a less financially stable, but younger and more robust second church community, which holds services at a different time.  At other instances, they merge with another church of a similar denomination, selling one of the two churches.  In other instances, they close altogether without any replacement in mind, as apparently happened to this Disciples of Christ Church in small-town Pennsylvania.  But what about Southport Christian Church in Indianapolis—how did it buck the trend and get huge crowds when so many other churches are facing a crisis at the collection plate?  The church’s sign offers a solution.  This Google Street View shows what it looked like a few years ago, back in 2015.  And here’s what it looked like in 2018: the word “Southport” got scratched out, and the marquee underneath says “Chin Christian Church”.  What does that mean?  Let’s take another visit here at the end of 2019. 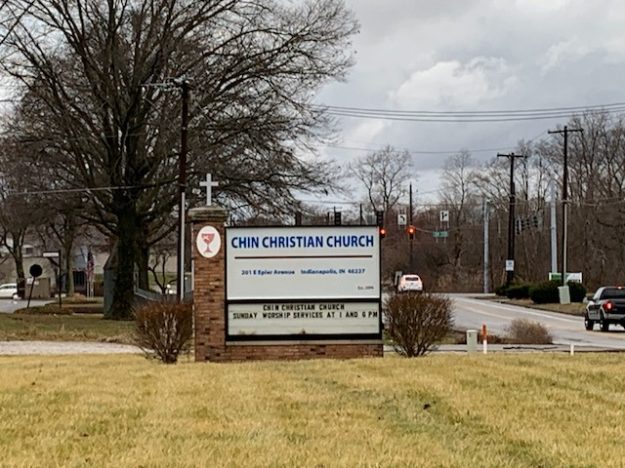 Southport Christian is now the Chin Christian Church, “Chin” being an ethnicity from Myanmar that has grown exponentially in Indianapolis since 2000.  They owe their presence in Indianapolis (and Indiana, since Fort Wayne has a huge community as well) to a refugee resettlement organization that particularly advocates for religious minorities, such as the mostly Christian Chin community in Myanmar, long persecuted in their native country by the government, which harbors primarily Buddhist sympathies.  (From what I can tell, the sponsoring charities have recently also begun to accept the Rohingya Muslim minority into Indianapolis and Fort Wayne as well.)  I’ve written about this Burmese community in the past, focusing at one point on a real estate venture that, based on the name, certainly didn’t share the WASP origins of much of southside Indianapolis (or the Southport Christian Church). Interestingly, this sign out front retains the red chalice that is the symbol of the Disciples of Christ denomination (coincidentally headquartered in Indianapolis), though I cannot tell from the Chin Christian Church webpage if they retain an affiliation with Christian Church (Disciples of Christ). 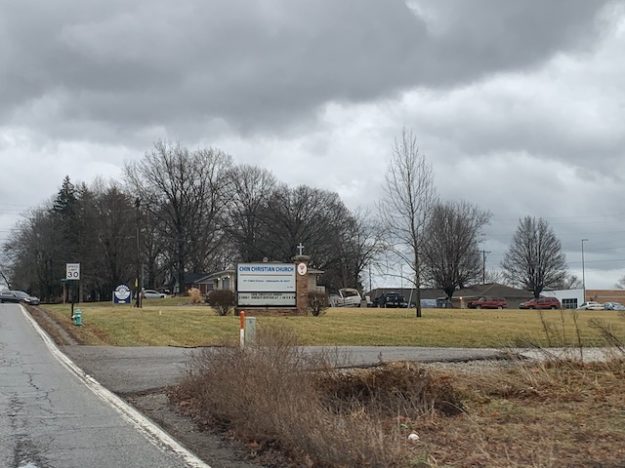 It’s a common occurrence throughout the parts of Indianapolis where the Burmese refugee community has made a secure footing: as churches’ historic congregations dwindle to nothing and vacate, the Chins purchase the property and take over, returning Sunday mornings to a level of vibrancy these buildings undoubtedly haven’t seen in decades.  The Southport Christian Church is not extinct, though it did completely abandon this facility on Epler Avenue.  They have rebranded themselves as Tapestry Church and found a new location about six miles to the south, in the suburb of Greenwood, where they presumably expect a higher concentration of younger families.  That assumption is perfectly reasonable, though it’s difficult to determine if they’ve achieved any success there, since most theologically liberal Mainline Protestant congregations (such as Disciples of Christ) remain on the same trajectory of decline that they’ve faced for half of a century.

Regardless of what happens to Southport Christian (Tapestry Church), their old building remains fully used, even flourishing.  This replacement is quite common today and echoes a similar shift that took place in the mid 20th century among older Catholic, Protestant, and Jewish congregations, who left the inner cities as part of the broader exodus to suburbs (the “white flight”).  Southport Christian shares this flight to the ‘burbs, but it’s less about the old neighborhood’s decline and more simply to stave off their extinction in a right-sized new facility—which, it appears, Tapestry Church leases from a local elementary school.  If exercise of the Christian faith has any long term viability in the United States (and other Western nations) it will owe a great deal to the most recent arrivals.  Without a widespread religious revival, the long-term Christians—and all Mainline Protestant denominations are long-term and rooted in American history—may soon only be a footnote of that same history.

PrevFort Worth Stockyards get a slice of New York chic–but in the form of a ground beef patty.
The construction year: is it a building’s badge of honor, a brand, or both?Next

5 thoughts on “Southport Christian: a shrinking suburban church completes one successful Chin up.”