Small-town parking meters: when the knob doesn’t even turn over a two-bit solution.

I’ve seen some pretty remarkable cheats that allow people to circumvent paid parking, but this one has to take the cake. It comes courtesy of Carlisle, a well-situated, generally prosperous small city in south-central Pennsylvania. 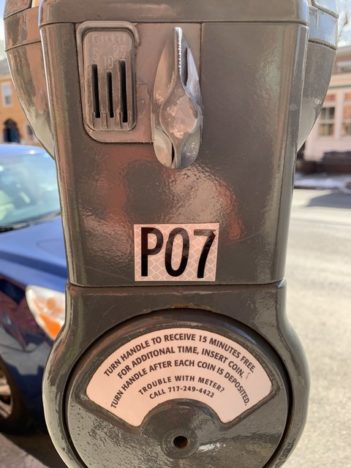 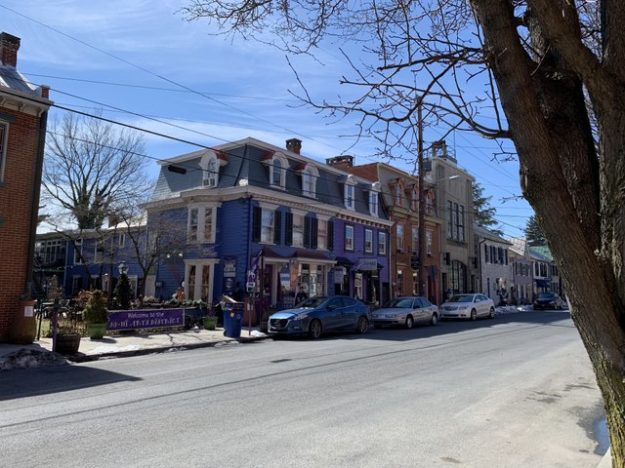 And, for those who don’t get it (presumably because the print is too small to read), allow me: “Turn handle to receive 15 minutes free. For additional time, insert coin. Turn handle after each coin is deposited.”

Amazing. I’ve seen some absurdly good deals in an affluent neighborhood of Cincinnati many years ago, but this one takes the cake. Sure, it’s small-town hospitality at its finest, but it’s also an extreme that may shortchange the Borough of Carlisle tens of thousands of dollars each year. Given that quite a few motorists deliberately park at meters to accommodate short trips—and may consciously shorten their trips to avoid paying more—it’s hard not to imagine that a majority of people will never drop a coin in these meters. After all, they don’t front the main street—Pomfret is merely a side street with less than a half-dozen retail options nearby. And all it would take not to eschew any payment while exceeding the fifteen minutes would be to turn the knob, run an errand, come back and let the time run out, then turn the knob again.

Since Carlisle’s parking meter system does not appear to operate with a smart phone app, the only feasible payment is through dropping coins and turning that knob (or not). And the only means of monitoring is through human intervention. Maybe the meter enforcement is stringent, and maybe the penalties are severe. But it’s hard not to imagine that the overwhelming majority of people get away with a 25-minute stop while paying nothing. And even if they do opt for a longer stay and have the integrity of a saint, Carlisle’s meter costs are as generous as one would expect for a town of 19,000 that is not a suburb within a large metro area. (It’s technically part of the Harrisburg MSA, but it’s quite removed and plenty of rural acreage separates the two cities.) According to the Carlisle Borough website, silver meters give a person 30 minutes for a quarter; gold meters give him or her 60 minutes for the same price. The silver meters allow for a maximum stay of two hours ($2.00 in charges), while the gold ones allow for a maximum stay of 10 hours ($2.50 in charges). Fundamentally, a person could park at a meter for and linger through an entire workday. 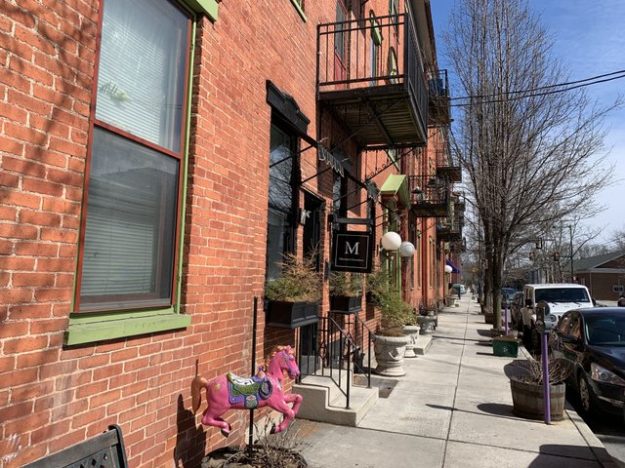 Needless to say, the Borough of Carlisle cannot possibly generate a great deal of revenue off of these meters, and, to some extent, this is predictable. The market for off-street parking in smaller communities will only bear so much; many municipalities the size of Carlisle have no metered parking whatsoever. The Borough understandably does not want to charge so much that it deters people from visiting downtown, especially given the economic recovery of most small downtowns is recent and still quite fragile. So the pricing involves a careful assessment of demand, and the parking authorities may have determined that the majority of visitors make short trips that could suffer greatly if they even had to pay a dime for ten minutes. This may seem far-fetched from an urban perspective, but if parking is generally abundant then the value is low.

Though it continues to boggle the mind how a small city can justify building the infrastructure for a metering system when it is willing to give away so with through a humble knob, at least this reasoning makes more sense than the stupefyingly low price for parking in Hyde Park, Cincinnati, which I featured as one of my earliest blog articles. I suspect those Cincinnati meters are a bit higher now, but regardless, one commenter made an interesting and persuasive observation:

“What I had heard/assumed with parking meters is that their direct revenues for city coffers are less important than their ability to stimulate the idea of easy accessibility to businesses and generate a high turnover of parking spots.
The revenue received by the municipality is a back-end payment through higher tax receipts.
No idea how those numbers would work out, but it seems like the potential difference in cash inflow from Saks vs. Marty’s Mini-Mart is greater than a whole pile of quarters.”

It’s an explanation that flies in the face of Occam’s razor, but parking is enough of a preoccupation for some communities—and especially the small business owners that most central business districts hope to attract—that it just might be true. The very presence of meters signals availability of spaces and implies that there may be value to a streetside spot in or near Carlisle’s downtown. This in turn impels people to perceive the downtown as an active and sought-after civic space. And a well frequented downtown, boasting commercial buildings with high occupancy rates (and thus higher assessed values), is more likely to benefit municipal coffers than a few dozen meters. And for those just running in to grab a brew at Denim Coffee or a gift basket at Camellia’s Sin Tea Parlor, there’s no need to dig into one’s pockets for loose change. Just turn that little metal knob.

10 thoughts on “Small-town parking meters: when the knob doesn’t even turn over a two-bit solution.”