It’s unusual for me to create a follow-up article so quickly on the heels of its predecessor, but in this case, the timing makes it worth it: less than two months ago I wrote about the retail environment at the mega-development known as The District Wharf (or just “The Wharf” as the locals prefer). A luxury chocolatier called Harper Macaw occupied an obscure small space on a side street, where, perhaps due to the location, it could only justify operating six hours a day for just four days a week.

Harper Macaw is closed now. Its successor, an establishment called Array Floral Design Studio (for which I can find no other information), has not yet fully left its mark. 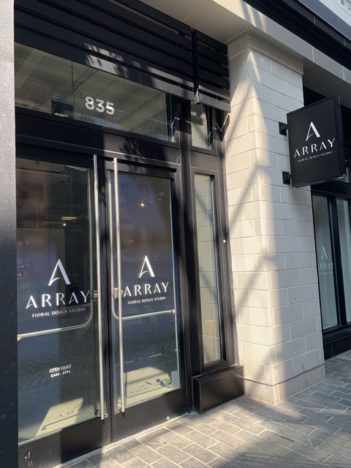 The residuals from Harper Macaw are still fully evident on the interior walls. 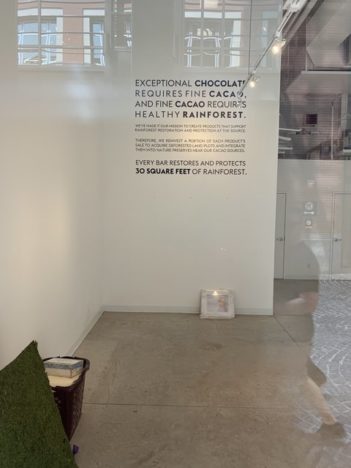 But it’s clearly willing to try a spot one could easily label “snakebitten”, and it doesn’t take any sort of great analytical heft to see that it’s comparatively obscure. 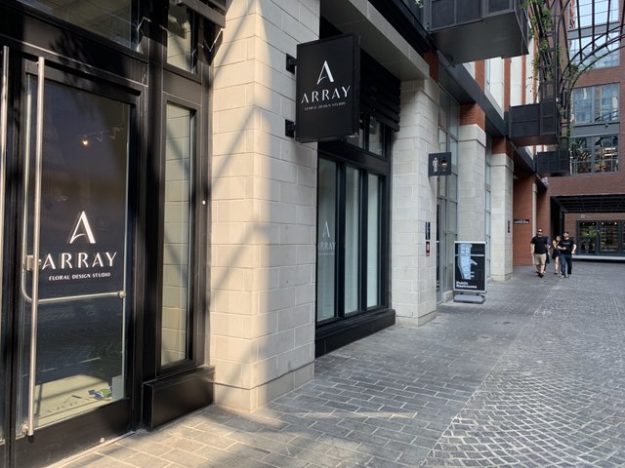 Here’s a view in the other direction. 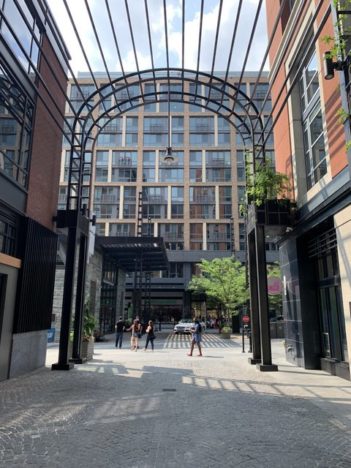 And, by contrast, here’s a view on the main commercial corridor, with the Potomac Riverfront right there on the right. 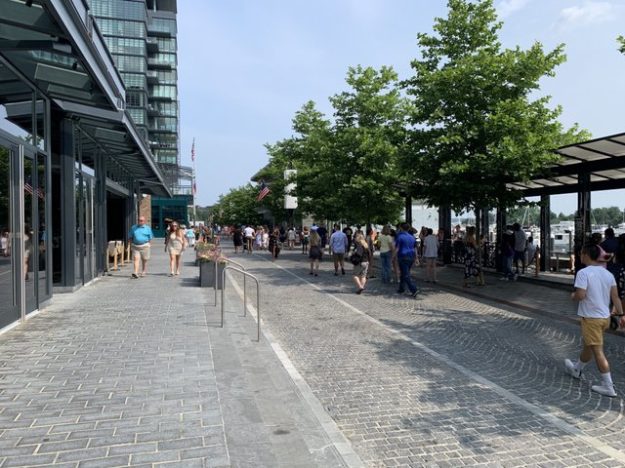 I’m increasingly suspecting that Harper Macaw’s inordinately short operating hours and ostensibly brief life at the Wharf was deliberate, not just on the part of Harper Macaw’s proprietors, but of the management structure at The Wharf itself. It seems Harper Macaw has already relocated to an even more obscure location, this time in a warehousing site near DC’s border with Maryland that, unlike The Wharf, lacks any retail clout. But The Wharf is also a new enough conception (it opened in late 2017) that its smart development team probably already clearly saw the red flags for a mixed-use, lifestyle-oriented fabrication with a sizable retail component. In this era of retail dearth, tenants were going to come and go, and it was probably wise to offer a few small, low-profile, cheaper locations to budding entrepreneurs as pop-ups.

As a result, I suspect that both Harper Macaw and its successor, Array Floral Design, are pop-up retailers, intended for a short life to essentially explore the possibility of a bricks-and-mortar showroom for their merchandise. Long associated with seasonal goods—Christmas decorations, Independence Day fireworks, Halloween costumes—the pop-up has in recent years become a more viable alternative to the persistent struggles of more established, mainstream, year-round retailers. These short-term leases (often no more than three or four months) help keep up the occupancy levels while allowing smaller businesses a chance who may lack both the capital and the year-round viability to justify a length commercial lease, most of which are two years at a minimum.

For The Wharf to embed a pop-up typology into its design shows real foresight. In a way, it proves that commercial property management is having to mimic the time-tested strategy of “fast fashion” retailers like Forever 21 and H&M, two of the few clothiers who have thrived during this difficult climate because of their ability to maneuver nimbly amidst changing tastes and shift their merchandise quickly, providing surprises and prompting more frequent costumer visits than the rigidly brand-centered (and struggling) stalwarts like The Gap and Aeropostale. If this “fast tenant” approach, saturating commercial space with pop-ups, proves successful for lucrative developments like The Wharf, it may become the new normal, replacing the more secure, long-term, high-capital tenant approach that dominates the prime waterfront corridor. But managing even just one pop-up takes a lot more human effort and is ultimately undesirable for the leasing entities, because a four-month commitment is never preferable to a twenty-four-month one. 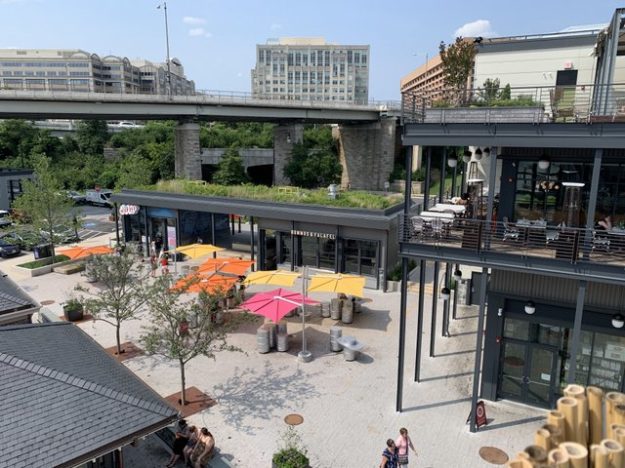 If I ever become a regular at The Wharf, I’ll check back at this pop-up location to see if it shifts tenants as often as I expect it will. Maybe one of these days I’ll actually get there during that tiny window they call “business hours”.

PrevThe Sandusky Mall’s precipitous fall.
Mailbox mirth: even our homes can put on the “weekend clothes”.Next

2 thoughts on “Pop-up options at DC’s Wharf: the buoy in turbulent retail waters.”