Mailbox mirth: even our homes can put on the “weekend clothes”.

No doubt we can find whimsical people everywhere we go, but a established urban neighborhood, regardless of the socioeconomics, isn’t particularly likely to offer one of these: 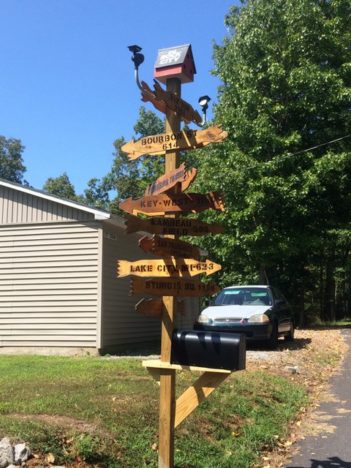 Somewhere, amidst the directional arrows for Key West, Cape May, and Bourbon Street, there seems to be a mailbox. And just down the street, there’s another oddity: 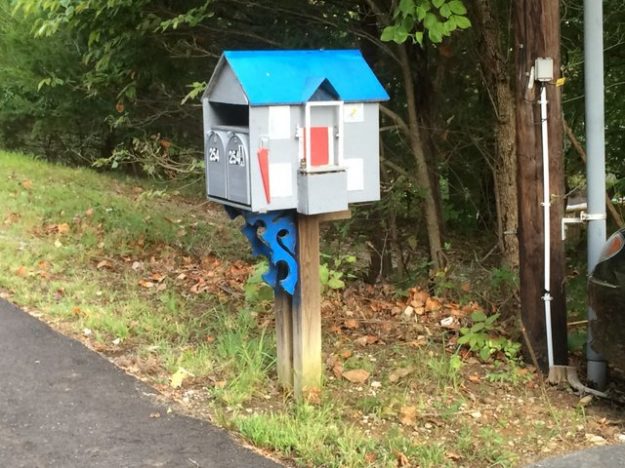 Yes, the mailbox approximates the house that it serves. 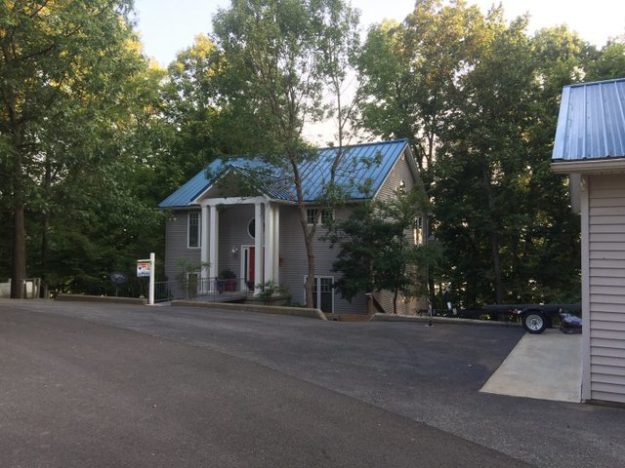 And who can resist this one? 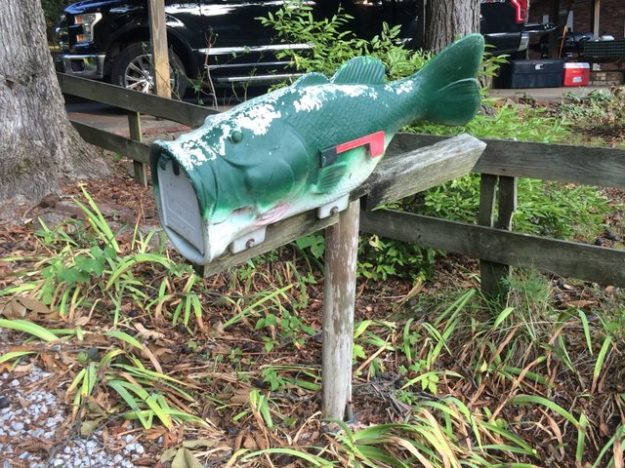 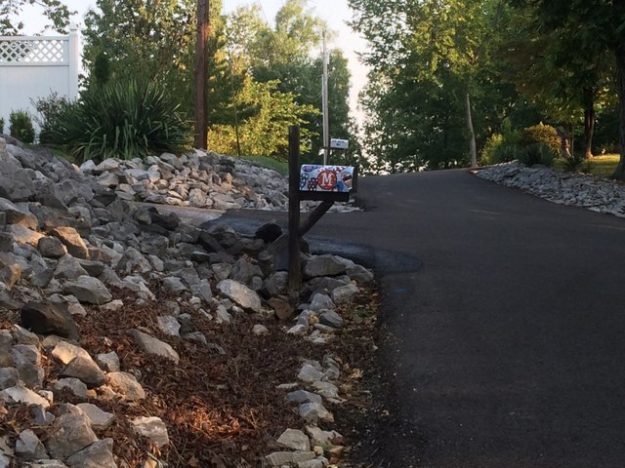 In hindsight, I’m not sure why I took such a distant photo. But, for the record, those are flip-flops surrounding the letter “M”. And then there’s my favorite: 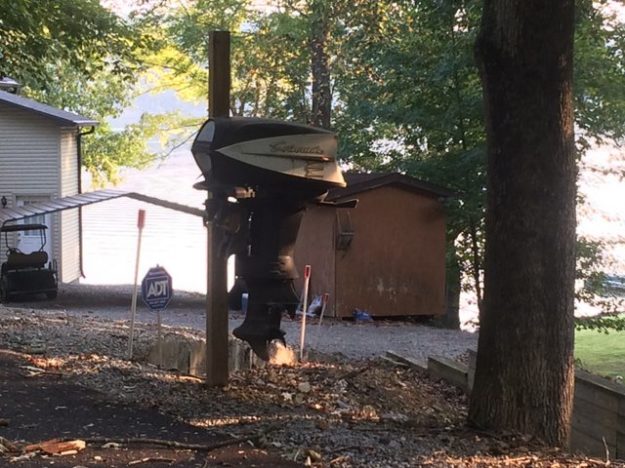 If it’s not clear what is protruding from the mailbox itself, take a look from another angle: 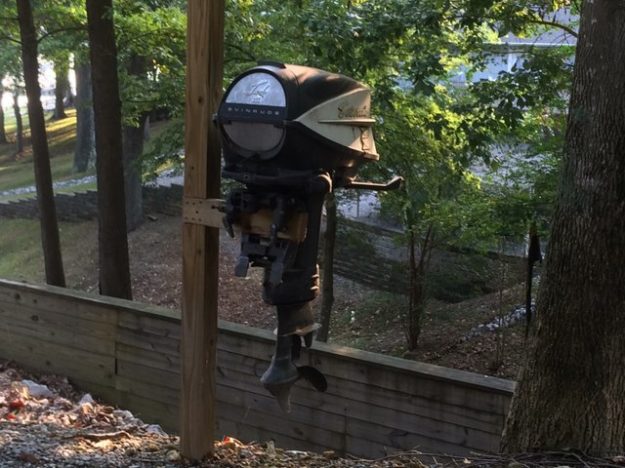 It’s the motor and propeller of an old speedboat, repurposed into a mailbox.

Clearly, this isn’t exactly run-of-the-mill suburbia. The glare of the sun impeded the sharpness of the focal point of the photo below, but you can see yet another mailbox approximating the shape of a house. 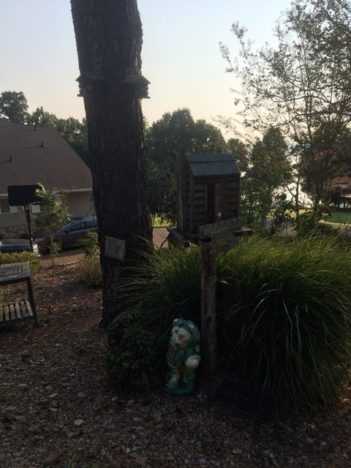 But, in this case, the foreground may be less important. The photo below clearly reveals the backdrop that may explain why so many of the homes around here have decided to gussy up their mailboxes. 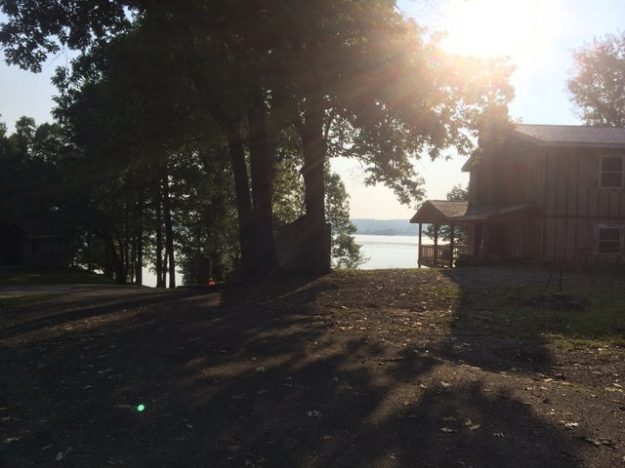 That’s right; all of these back up to a lake. An enormous one, in fact. It’s Lake Barkley in southwestern Kentucky. At 90 square miles and considerable depth, it is among the largest man-made bodies of water in the world. Created by the US Army Corps of Engineers in 1966, the Barkley Dam impounds the Cumberland River to form this massive recreational spot that, once it attenuates back to a river form in northwestern Tennessee, provides a direct path to downtown Nashville. Lake Barkley is one of a pair of massive lakes in this otherwise rural region; just to the west is Kentucky Lake, which the Tennessee Valley Authority created by impounding the Kentucky River in the mid-1940s, to help service the area with hydro-electric power. Kentucky Lake is more than twice as big as Lake Barkley in terms of surface area, though Barkley holds more water by volume. Together these two lakes—linked by a canal just to the north of the dams—form one of the largest freshwater recreational regions in the country. In between is the Land Between the Lakes National Recreation Area, a massive park and, until recently, part of UNESCO’s World Network of Biosphere Reserves.

Ultimately, these photos capture a community of lakeside homes, water bodies, and undeveloped forest that forms a territory nearly the size of Rhode Island. Lake Barkley provides a much-cherished weekend getaway for a number of cities within a few hours’ drive: Paducah, Owensboro, Evansville, Clarksville, and Nashville among the closest, but also Memphis, St. Louis, and Louisville. Perhaps a few homeowners live in or near Lake Barkley year-round, but I’d wager their number is small; the area is so remote that it’s hard to find towns large enough to serve as major employment centers. It’s a vast expanse of vacation homes. 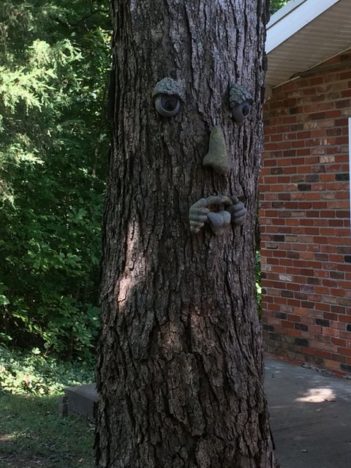 Therefore, I must view the social setting that is Lake Barkley from a cosmopolitan lens: most of these mailboxes belong to people who hail from larger cities, and these are their second homes. And most people approach their second homes differently: less focus on order and detail, and a much more relaxed aesthetic. After all, this is where they unwind after five days at work, maybe a full week or two during the warmer months, and perhaps an extended week in the winter. But the homes remain empty or leased (via sites like Airbnb) the remaining 75% of the year. For people with both a primary and a vacation residence, the corporeal equivalent of this duality may be the charmingly dated hairstyle called the mullet (the “Kentucky waterfall”), best characterized by the motto “business up front; party in the back.” Their primary residence is the economic driver, the retreat after a long day at work or school. And the lakeside home is for barbecues, booze, boating, and board games—bonfires in October and out-of-state fireworks in July. Outdoor shrubbery is either blandly low-maintenance or persistently unkempt. The kitchen’s pots and pans are probably a bit chintzy; the kitchenware is chipped and mismatched. Those plates are far more likely to hold frankfurters than foie gras. Appliances are no great shakes; they don’t get a lot of use. Wall decorations are irreverent and unsophisticated: if there’s not a panoply of old rusty license plates, there’s an infantry of beer bottles from obscure brewpubs, and a painting of dogs playing poker is a must. Nobody judges; nobody cares.

I think most readers by now see where I’m going with this. Sure, I’m offering some glittering generalities, but we all know the underlying truth. The lake cottage ethos is what prompts mailboxes with paintings of lip-flops, boat propellers or a largemouth bass. All things that the master and (especially) the mistress of the house wouldn’t tolerate for their “business up front” home back at their neatly kept street in Nashville, Evansville, or St. Louis. In urbanized civilization, you can’t use a mailbox that’ll upset the neighbors; at Lake Barkley, you and your neighbors are on the permanent invite list to the same 48-hour party. Nobody’s going to get too caught up in your frontyard aesthetics, especially when your backyard butts up against one of the largest reservoirs on the planet. 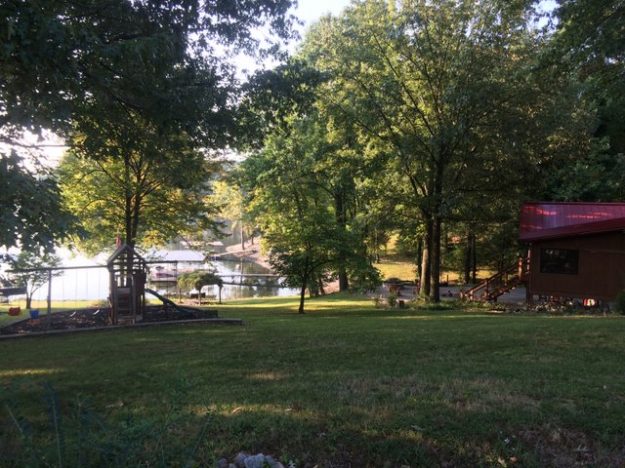 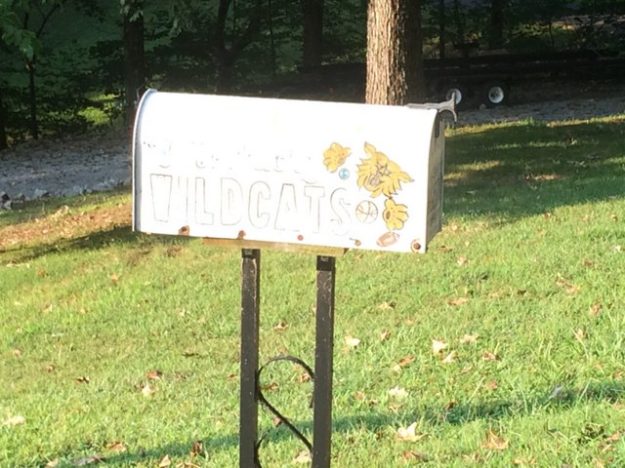 The Lake Barkley worldview isn’t just a recreational thing; to a large extent, much of what I described here characterizes rural areas in general, where the vast, unincorporated spatial distances almost ensure that neighbors aren’t up in one another’s businesses. But most of the homes in the Lake Barkley area that I surveyed, while comfortably situated, are hardly sitting on huge lots; the majority of lots measure no more than an acre or two. Not farmsteads, and the land owes its value from its proximity to water, not from its agrarian utility. Still, the ruralness of Lake Barkley lets these mostly metropolitan-minded denizens eschew some of the rules by which they must abide in much of suburbia. Take this cookie-cutter suburban vignette, which shows what they’re trying to escape: 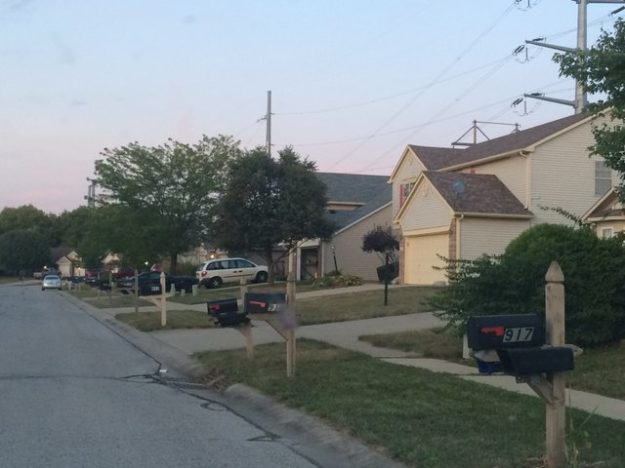 The mailboxes are so blah. It’s possible that a Homeowners’ Association (HOA) enforces that uniformity; regardless, sometimes even the municipalities themselves have regulations that preclude mailboxes from getting too outlandish. Something tells me many American suburbs wouldn’t tolerate an old boat propeller for storing the mail; either that or a neighbor would complain that it’s “degrading the neighborhood character”. (Translation: “it potentially threatens the resale value of my house.”) Compare this mentality with the second home communities along, say, beachfront properties in Florida. Many of those more urbanized enclaves face the same anal-retentive restrictions that the wives of Stepford might impose. But coastal Florida consists of a string of cities, not the backwoods.

For the weekend getaway home, the likes of which we see in Lake Barkley, the source of value isn’t the house itself but the land it rests on, and even that is filled more with fire pits and tire ruts left by ATVs. The home owes all its charm to the appeal of the land. In most of the homes featured in these photos, the back yards are the real centerpiece. And who’s to begrudge these people of their recreational getaways? By working hard and playing by the rules during the urban weekday, they’ve more than earned the right to let their hair down on the weekends. It may not be the 80s anymore, but thanks to Lake Barkley and the numerous freshwater weekend hotspots that dot the Heartland, the mullet has a counterpart in domestic living. And with those playful mailboxes, the party isn’t just in the back yard; they’re wearing the Hawaiian shirts (or decorative boat propellers) when they greet all the passers by. Or maybe it’s teased bangs?

14 thoughts on “Mailbox mirth: even our homes can put on the “weekend clothes”.”