Super Bowl sales: intercepting the alligator pears before they pass the pigskin.

As much as I hate to rehash the subject of an old thread, I can now comfortably assert that what used to be speculation has now achieved corroboration. And it probably needs corroboration. After all, even after seeing the display at a supermarket in Pennsylvania, why would people instinctively associate football with avocados?

But it’s time to face the truth: avocado prices plummet during the peak of winter, around the time of the Super Bowl. Year after year. And it isn’t necessarily tied to regions that are cheering on a team; after all, the Eagles didn’t make it too far in the playoffs (much to the relief, no doubt, of the Philadelphia Department of Public Works). Nor does it have anything to do with where the team is playing. Why should it? Virtually everyone has at least one eye on the Super Bowl; it remains the most watched event on American television, and the parties are as much of a supplement to the overall experience as the commercials—and probably more than the typical half time show. In fact, the parties have started to crystallize into customs. People prepare for the Super Bowl. It’s the most festive Sunday night of the year.

Check out this grocery store in Alexandria, Virginia a week before Super Bowl LIII. 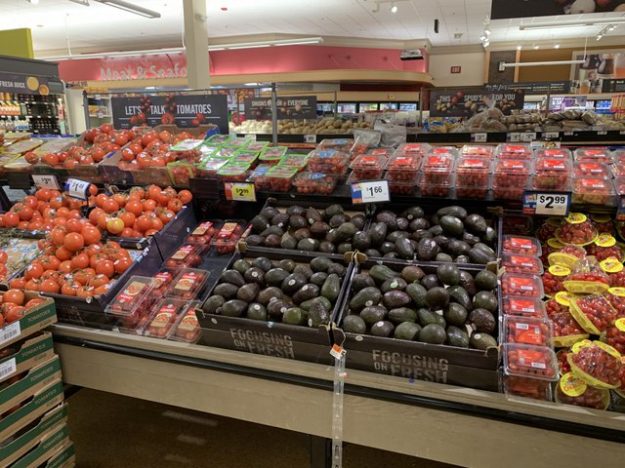 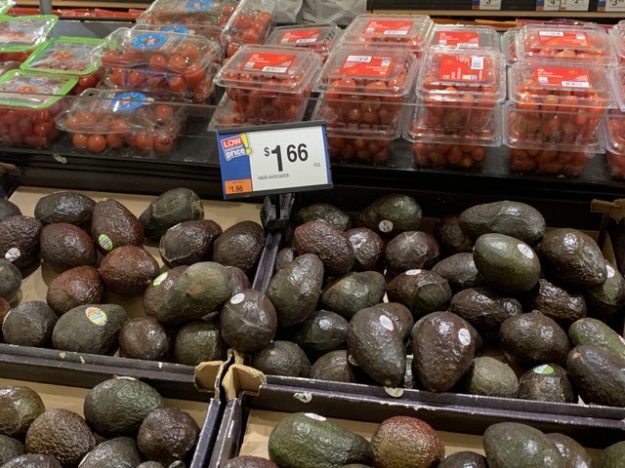 I’d wager that the supermarket marked down these avocados about one-sixth from their normal purchase price. They had a ton of them too. 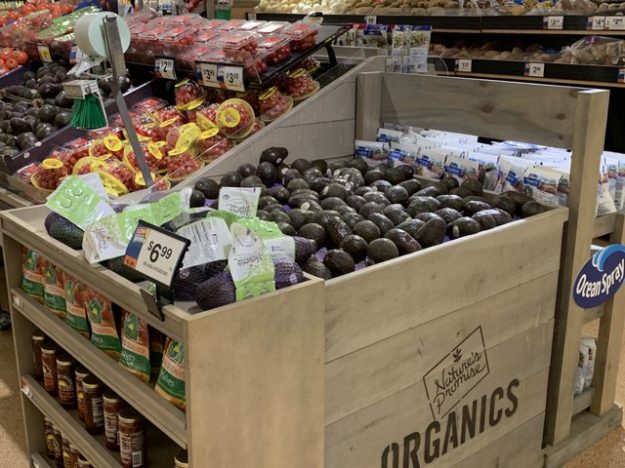 Granted, it might have been oversupply: they were unusually ripe and needed almost immediate consumption, which could have affected the prices as well.

I’m not going to claim to be any expert on pricing, but, after visiting another supermarket in Arlington County a week later (48 hours before the big event), there’s no subtlety to the price. 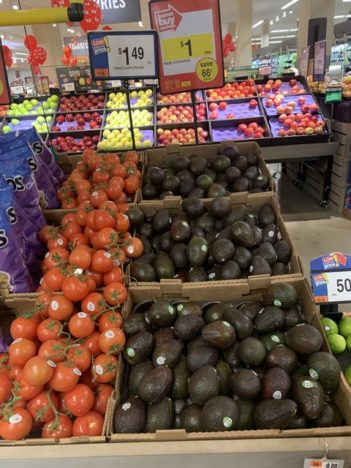 A buck for an avocado, so there’s no incentive to purchase in bulk. But, let’s step back and check out the display. 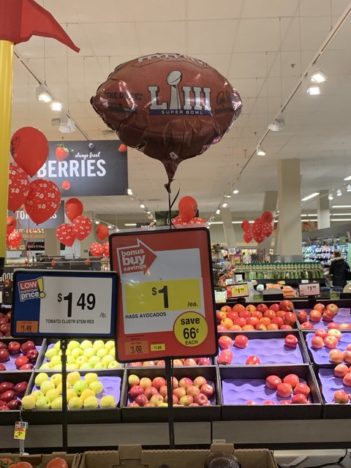 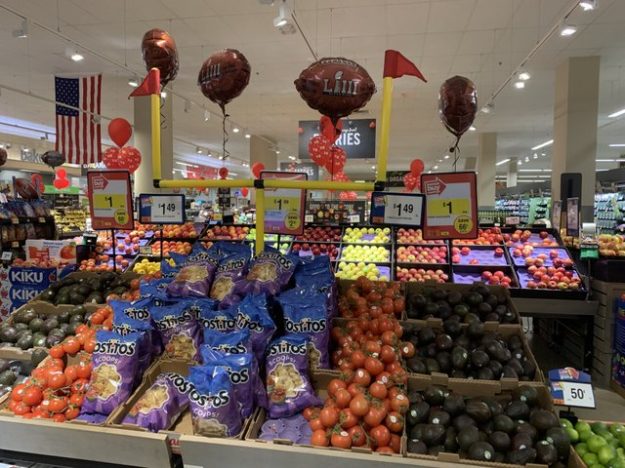 A Mylar football balloon coupled with most of the other chief tools for guacamole enhancement: the tomatoes, the limes, the tortilla chips. I’m not sure guacamole is quite yet the signature dish of Super Bowl parties; it’s facing tough competition with salsa, burgers, and Totino’s pizza rolls. But a Super Bowl party isn’t complete unless it has (at the very least) a plastic cup filled with store-bought, nuclear green guac.  Either the avocado industry is trying to bolster a nascent trend, or it’s jumping the bandwagon and we already fully expect guacamole at our Super Bowl parties. I’m just disappointed not to see the onions, green chilies, and cilantro nearby, but who needs a special pricing scheme for them? They’re always cheap. Enjoy shoveling it down your gaping maws, Pats fans. Out in Lalaland, they enjoy avocados 52 weeks a year.

PrevRethinking a restroom from just the right angle.
Microretail in Midtown Manhattan (Part Two): can it salvage the city’s shuttered storefronts?Next

2 thoughts on “Super Bowl sales: intercepting the alligator pears before they pass the pigskin.”