A small gas station in a little-known part of the east side of Baltimore is offering the nation’s best deals on gasoline. Here’s a pic taken from this past Friday. 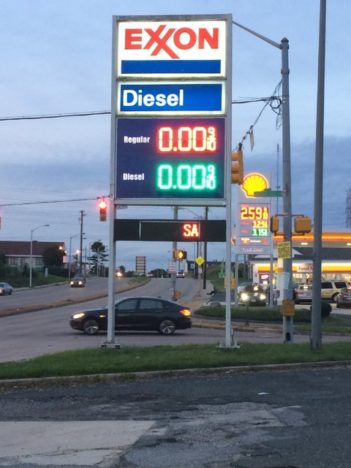 Can’t really get a better deal than that. It’s amazing how the Shell station in the background can even compete.

But if I closed out this inconsequential article with that single photo, it wouldn’t be all that interesting (it’s not uncommon for price listings to read all zeros when in the midst of a price change), but it also wouldn’t be all that honest. Here’s what the sign read just a few seconds later: 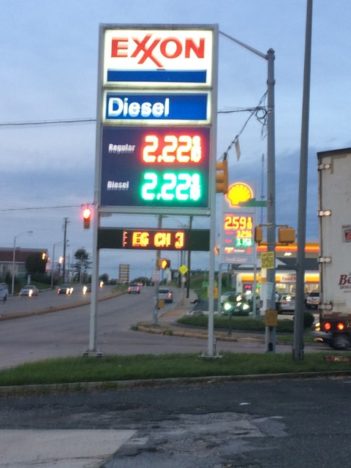 A more realistic price, but still not quite right—and not a byproduct of a sign that is attempting to correct itself. If you’re superstitious, you will likely find the price listing a few seconds later to be even more discomfiting: 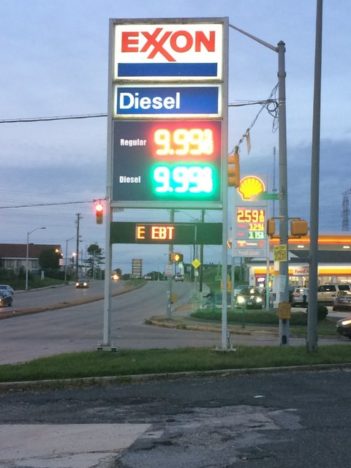 And if you’re not superstitious but are merely price-conscious, you’d likely be particularly alarmed by the listings if you wait a bit longer. 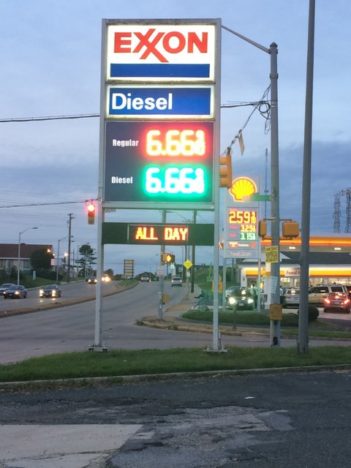 By now, it’s probably obvious what’s happening. And I’d happily demonstrate it, if my blog host didn’t limit the size and type of files that we upload to our articles (and video files are obviously much larger). The digital price listings at this gas station have gone berserk and operate fundamentally like a stopwatch, increasing the numbers by one increment each second, then reverting back to zero after ten seconds, with the “Regular” price shifting a fraction of a second before the “Diesel” price. 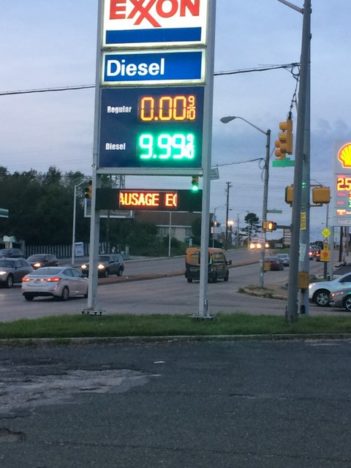 Perhaps “berserk” is an overstatement: the owner shifted the digital interface into the price-setting mode, but didn’t release it. However, it remained stuck in this mode where it counted from zero to nine over the course of the five minutes that I took pictures of it, which leads me to conclude that the gas station attended had lost control of it.

Much to customers’ chagrin, the pricing of gas and diesel at the actual pumps is more conventional. 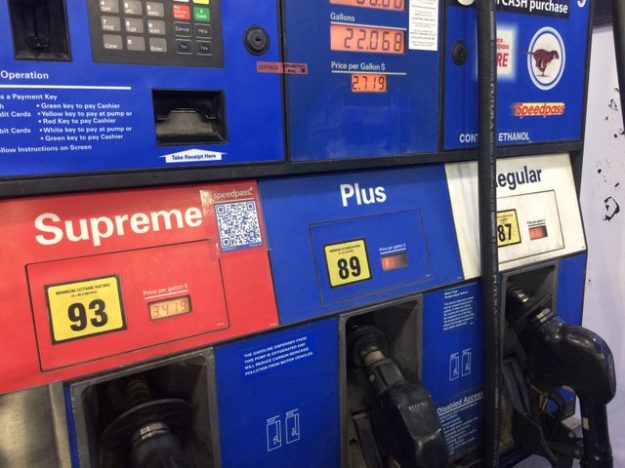 For those of us over the age of ten, who can remember when most gas stations used analog numbering to show their prices, this is nothing more than an amusing downside to an observed technological advancement. But it does beg the question as to the stability of digital pricing panels overall, and how susceptible they might be to hacking or some other subversion that could alter consumer reaction to one of the most widespread and essential commodities. In the meantime, we can just interpret the high price as a potential lucky number… 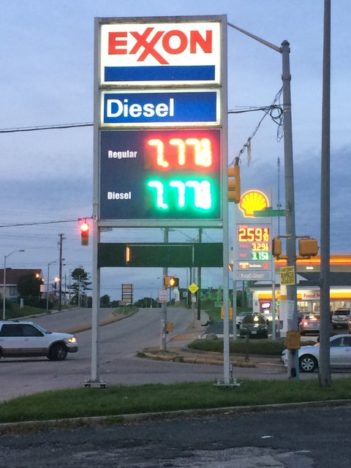 …and then we come to realize how much a malfunctioning pricing sign at a gas station could resemble a slot machine.

PrevJoint Base AT&T: brutally fortifying our downtown, in preparation for the past.
A subscription to Dirt.Next