Littoral lessons at the Delaware beach.

A walk along a beach at the end of an unforgiving summer day is likely to leave most people in a euphoric, directionless haze. If the beach is heavily developed, after a while all those fancy houses and apartment buildings begin to blend in. If it’s sparsely populated, the patterns of trees rarely distinguish themselves. I’m sure I’m not the first who has lost track of the distance I covered during a leisurely stroll on the sodden sand.

But it’s not so easy to get lost in Dewey Beach, Delaware. First of all, at only one-third of a square mile in area, the town is so tiny that even a walk across takes 30 minutes, if you move at a leisurely pace. Secondly, you know you’re not in the public beachfront of the Town of Dewey when you run into a sign like this one. 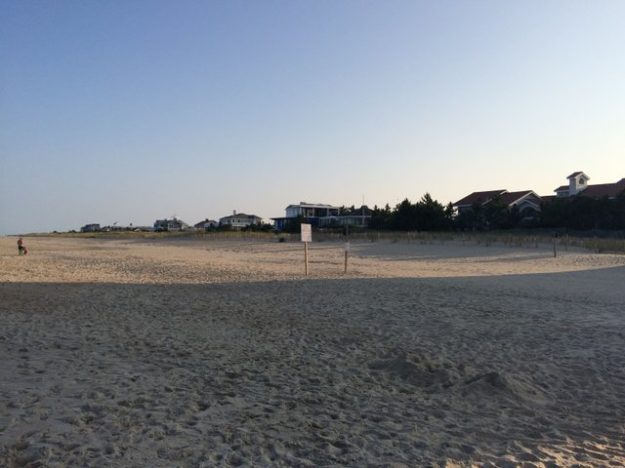 Okay, so it’s neither big nor threatening, but it’s the major protuberance in sight, so it still stands out. Let’s get a bit closer. 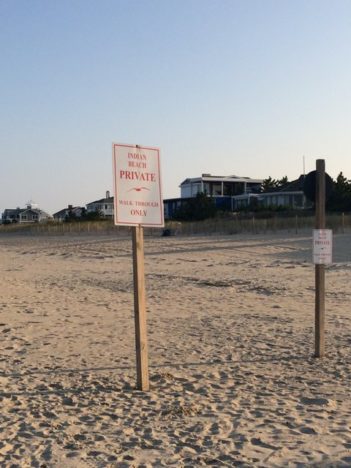 The municipal boundary for Dewey Beach ends at this sign, leading to an unincorporated community of Indian Beach, in which the beachfront itself is apparently private.

Nothing profound here: the United States has more than its share of private beaches. If Beachapedia is reliable, approximately two-thirds of the Delaware’s 60 miles of beach are public, but the degree of restrictions that apply to private beaches is considerably more complicated than a single standard across the state’s entire coastline. Such is the nature of littoral rights: a body of laws applying exclusively to static, non-flowing water bodies, which contrasts with the only slightly more familiar concept of riparian rights, applying to water bodies with a current (rivers, streams).

The concept of ownership for those properties that touch any body of water must remain sensitive to the fact that water bodies are intrinsically amorphous. When applied to oceans, littoral regulations carefully articulate the general public’s capacity to use and enjoy the shore, which constantly changes in size in accordance with the shifting tides. The most restrictive standards extend the property line to mean low tide, which means an entire shoreline is restricted to the general public. Conversely, mean high water lines allow public access at low tide, which—again according to Beachapedia—allows the general public to traverse from one non-private beach to another by passing through a private beach, as long as the individuals remain on wet sand. In other words, the mean high water regulations do entail in a person trespassing if he or she enters a private beach during low tide.

Judging from the sign in the photo, the littoral standards at Indian Beach do not fall under the most stringent: people can “walk through” as long as they do not linger. What constitutes lingering or loitering is probably something that the homeowners’ association for Indian Beach has devised and can then police through general private property regulations, as tempered by Delaware’s littoral laws. (I say HOA as a guess, only because Indian Beach is not a town but an unincorporated area. Some other entity must enforce these very spatially precise standards., and it isn’t likely to be Sussex County.)

Regardless of the specifics to Indian Beach’s littoral regulations, they do seem to have teeth. Notice how few people linger along the portion of the beach beyond this sign. 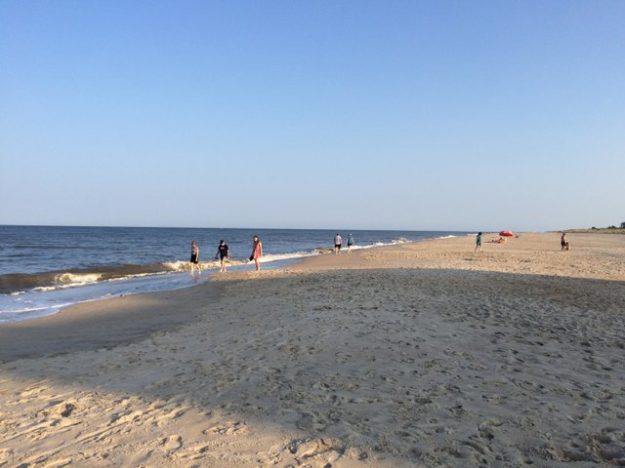 Then compare that to the Dewey Beach side, with a sizable crowd in the distance. 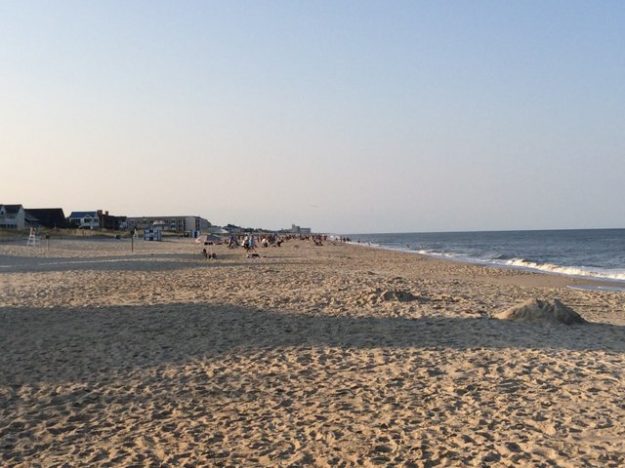 Presumably the three or so people lounging on the Indian Beach side were residents of the exclusive homes that face the shore. And the others were just passing along the half-mile course to access the Delaware Seashore State Park and its expansive beaches, just to the south of Indian Beach.

The standards I have described undoubtedly represent a simplification that would make the average land use lawyer facepalm. But they effectively capture the problematic nature of asserting any type of waterbody as a boundary, whether for private property or sovereign political entities. Think of all the state and municipal boundaries that comprise a river. A careful look at those riparian borders will demonstrate how changes in flows or currents create new oxbows and tributaries that change the entire concept of borderlands, since a segment of river could cease to exist, creating confusion for the abutting landholders that previously used that river as the definitive boundary. Even worse when littoral boundaries fall under scrutiny, since the very presence of a shoreline can change as coastal erosion and rising sea levels gobble away at oceanfront properties. The very enforceability of private land cannot change with the phases of the moon, so the laws must craft language that definitively applies to a fixed point/line, which won’t shift with each ebb and flow. Are those laws in place in the US, and do they work? The fact that a dinky sign can effectively deter beachfront loiterers would indicate that the answer is, at least in Dewey Beach, a resounding yes.

PrevBrutalist behemoths in a friendly mountain town: will Asheville salvage the seventies?
Well-regulated suburban development: hardly off the rails.Next

14 thoughts on “Littoral lessons at the Delaware beach.”