Cliché though it may be, the world offers plenty of evidence that “where there’s a will, there’s a way.” Travel through the most rugged parts of West Virginia, and it’s easy to find a small burg nestled in the valley between uncompromising hills. Human settlements stretch far north of the Arctic Circle, with Inuit populations precariously perched along a treeless strip of coastline between ice floes and frigid waters of Nunavut, Greenland and Alaska. In the Arabian Peninsula, Bedouins braved desert climates, both blisteringly hot and oppressively humid (despite receiving little rain), long before oil discovery propelled such settlements as Dubai, Abu Dhabi and Doha to centers of international trade and prestige. Even dogs cannot often contend with the summers in the United Arab Emirates. Human determination manifests itself through the unlikely locations that we set up camp; we find a way to make it work.

So why should animals be any different? The most modern of technology and the most advanced construction standards haven’t been able to fend off mice, roaches, centipedes from North American homes. It doesn’t help, of course, that the animals don’t perceive of themselves as invaders; our domicile is just a better-fortified extension of their habitat. Here’s an example where two species have rolled out the welcome mat. 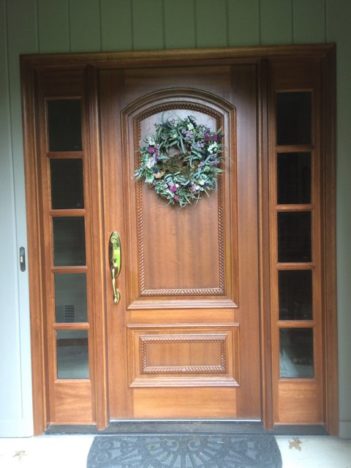 An attractive spring-like wreath at the front door of the house seems conventional, but what else does it yield? 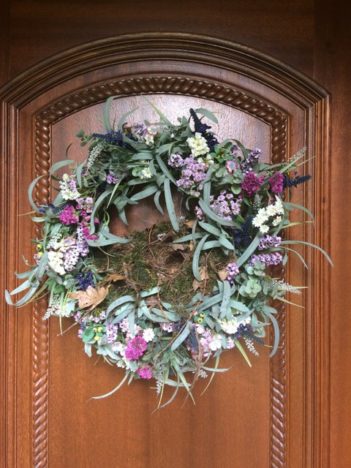 A family of birds has crafted a nest from twigs, moss, and the wormy springs from a neighboring pin oak tree. 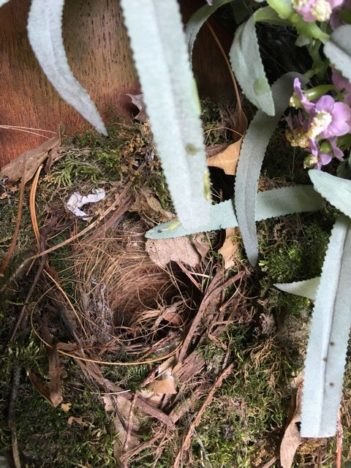 The owners of the house (and the wreath) found this invasion too benign—and too cute—to disrupt the home-within-a-home. 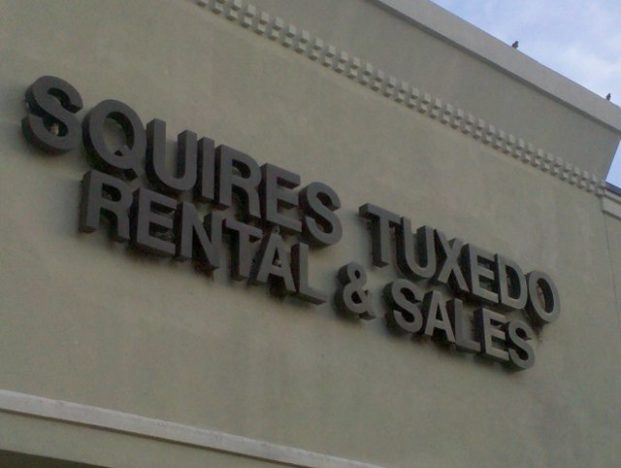 This shopping center in Baton Rouge has upscale aspirations. I know this, not only from having visited there, but, divorced from context, it’s easy to infer from the lettering used in the sign for Squares Tuxedo Rental & Sales. Individually mounted lettering costs more than neon, and much more than a bulky, rectangular light-box with a scrim on front. During the day, these mounted letters benefit from the unity in color and material, endowing the sign with a carefully cultivated appearance instead of a multicolored pastiche. But the most powerful impact comes from nighttime illumination, where these floodlit letters benefit from the texture created by shadows—as long as said shadows don’t impinge upon legibility.

In the Baton Rouge example, however, shadows are probably the least of the anyone’s concern. 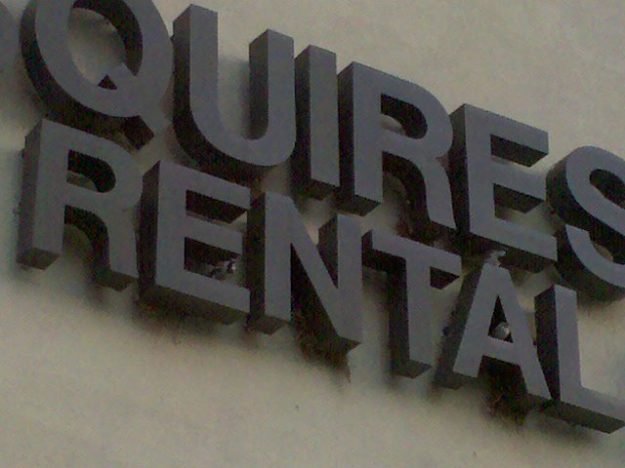 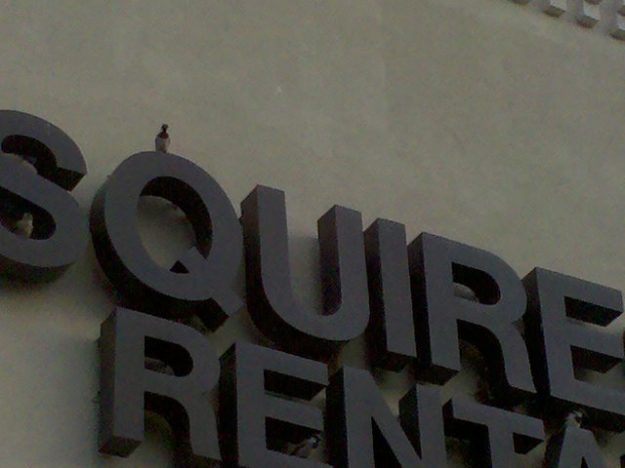 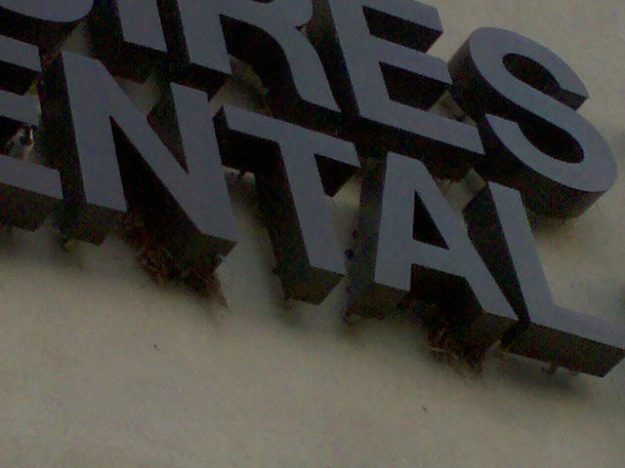 Nests are everywhere—nearly half of these letters host hatchlings. The situation with these nests is potentially bad enough that the establishment’s owner must worry about bird droppings on potential customers. 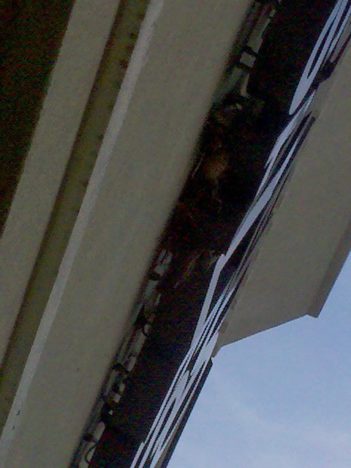 Much the same way certain property owners have piped the artificial sound of predatory birds to scare away excessive agglomerations of starlings, others have installed spiky contraptions atop their lettering to deter nesting or even mere perching. Yet, more often than not, the birds’ will competes with the human will. 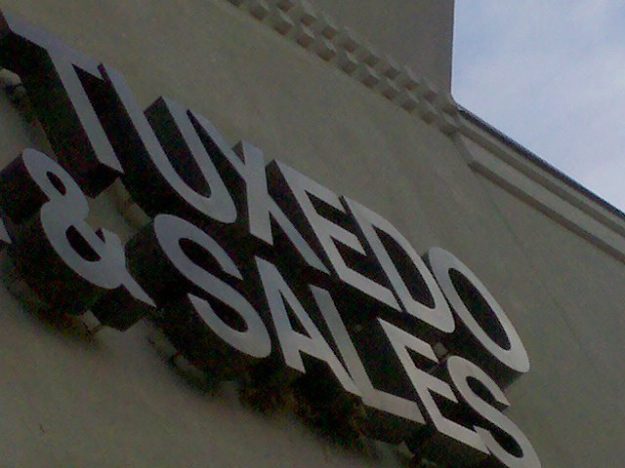 Taking a cue from the legacy of wreath nests, I’d imagine our avian adversaries see the O in “Tuxedo” as their version of waterfront real estate.  Doesn’t look like they’ve found a buyer yet.  Or even a homesteader.

PrevPalm tree pandemics: even in the Big Easy, winter can be a little difficult.
At aviation’s (and globalization’s) crossroads, a relic from the age of information.Next

3 thoughts on “The stick-built home isn’t always the flimsiest.”