Drive-thru Subway: a contradiction in transit…and in sandwiches.

The remote and rapidly depopulating town of Welch, West Virginia offers a handful of surprises: a remarkably intact and densely-built downtown with a fair share of four, five and even six-story buildings; a functioning Episcopal church; and a three-screen movie theater. 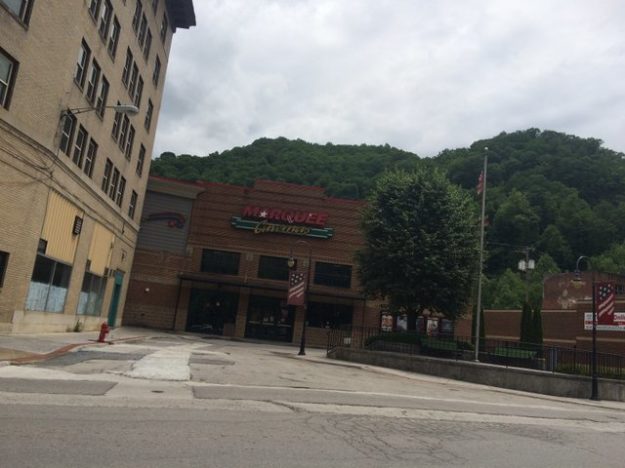 But since I’m far more intrigued by the banal, the one image that really struck me was the local franchise of a Subway restaurant. 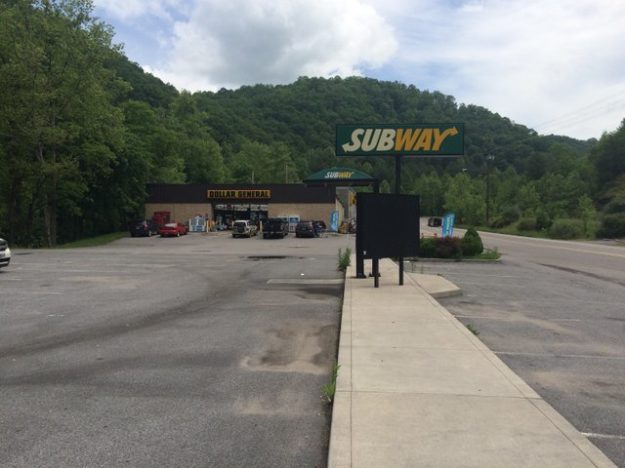 Let’s view this installation from the other direction. 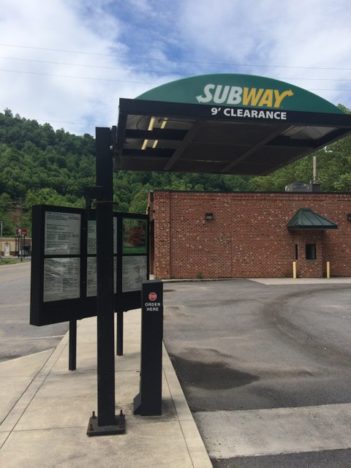 It’s a drive-thru Subway, or a walk-thru. However one chooses to approach it, it allows for remote ordering. The actual restaurant is there in the distance: a functionally separate wing abutting a gas station. Perhaps I don’t get out much, but I’ve never seen this before.

In the spirit of my previous blog article on pay phones, I’ve come across another anomaly, except this isn’t so much an incarnation of obsolete technology as it is a widespread practice that never really aligned with this particular brand. Obviously numerous fast food restaurants derive a huge portion of their revenue from drive-thru orders. Banking and pharmacies took up the practice decades ago. But, despite operating a location in the most rural and obscure locations—places like Welch—Subway has not embraced this modern convenience in the least.

Why? It doesn’t require a great deal of thought. Unlike Burger King or Wendy’s, Subway sandwiches aren’t pre-made, and the ordering process is highly visual. The customer looks through the glass partition and lists or points to the toppings he or she prefers in the sandwich: veggies, cheeses, condiments. So each sandwich is made to order. This also forces a delay that would make drive-thru ordering typically laborious, no doubt exacerbated by Subway’s more recent practice of toasting its bread (in response to increasing competition from the now nearly defunct Quiznos). My suspicion is that most locations couldn’t pull off a drive-thru Subway, but Welch—having dipped below 2,000 people and with no larger community nearby for miles—doesn’t exactly ever face problems of crowd control.

At least until recently, Subway was the quiet powerhouse: a brand less splashy and a quieter ad campaign than McDonald’s, but the restaurant itself had considerably more locations. A town like Welch cannot support a McDonald’s, but a Subway is a fairly predictable fixture. I’m not sure Subway is ranked number one anymore—it’s faced some of the same challenges as most other restaurant chains in recent years—but, then again, I can’t think of what would have dethroned it. And, despite being more prevalent, Subway is actually fundamentally a more upscale restaurant concept than Burger King or McDonald’s; after all, the basic ordering practice allows complete customization of the sandwiches. It’s a precursor to the fast-casual approach popularized nationwide through chains like Panera Bread and Chipotle, both of which feature higher price points than conventional fast food, and neither of which typically offer drive-thru ordering as well, for the same reasons as Subway.

These distinctions may seem slight, but they have revolutionized the restaurant industry the same way McDonald’s did more than a half-century ago…and now McDonald’s is feeling the pinch. After all, I don’t know if a town Welch’s size and economic fortune can support more than a couple restaurants. Here’s the fate of the sit-down family establishment across the road. 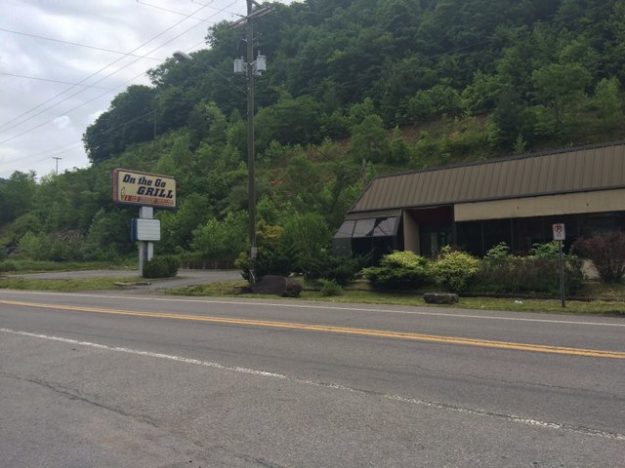 Who needs McDonald’s at this point, when there’s a KFC down the street? And a drive-thru Subway?

PrevAt aviation’s (and globalization’s) crossroads, a relic from the age of information.
Glyph: even in Mayberry, a traditional retailer needs to leave a strong impression.Next

15 thoughts on “Drive-thru Subway: a contradiction in transit…and in sandwiches.”