Sears and Whitehall Mall: the only show in town still can barely pitch a tent.

I can’t feign innocence anymore. It’s getting harder to resist the opportunity to kick a struggling business when it’s already down. And, since it’s one I’ve covered multiple times over the years, it’s safe to say it’s turned into a pathology.

But I think we’re all in agreement at this point: Sears is a flailing, overfed beast whose back legs stopped working a long time ago, and it can only inch itself forward in a sploot. Just a few months prior to the announcement that The Bon-Ton Stores, Inc. are going out of business—a closure that will devastate the mall scene in Pennsylvania’s Lehigh Valley region (which I just covered)—we also learned that Sears would be closing one of its regional branches, leaving only one location in this metropolitan area of well over 650,000 people that includes the cities of Allentown, Bethlehem, Easton and Phillipsburg NJ (where the second Sears just closed). Such a ratio (over half a million people for a single sears) hardly befits what was, as recently as 1990, the typical middle-class American’s first impression of the one-stop-shop. 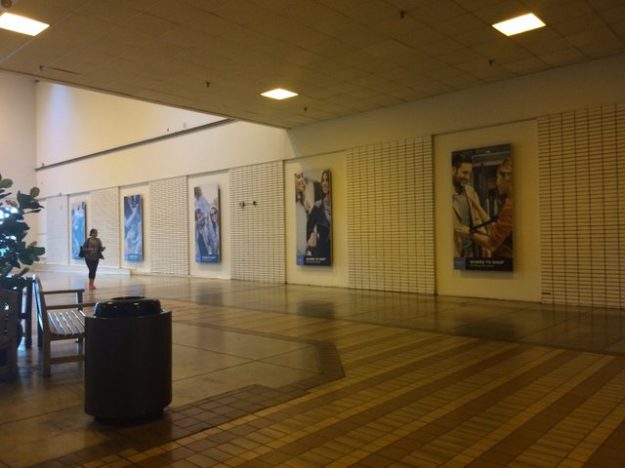 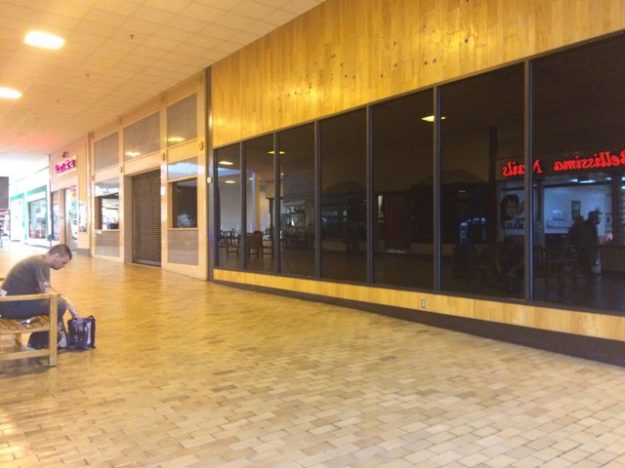 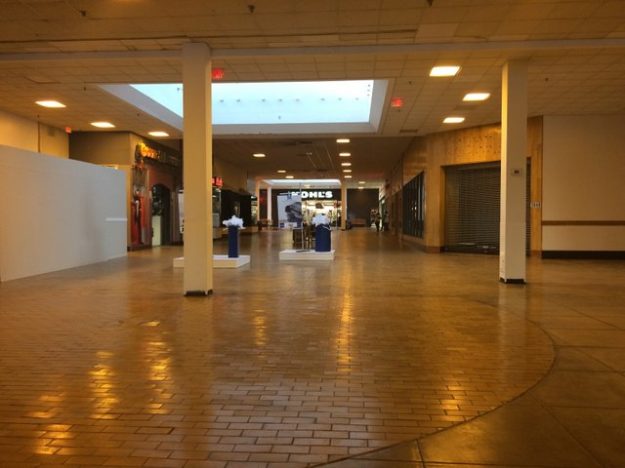 The brand name in the distance of that final photo is probably all that keeps this place alive. Kohl’s seems to be Sears’s more robust conjoined twin—the one that benefited from getting 85% of the shared liver. And while Kohl’s has certainly felt the pain of this advancing retail apocalypse, it seems to maneuver far more adroitly than its counterpart.

How do we know? Well, we could analyze the financials of the two companies and easily deduce which one is the victor. Or we could just use our eyes. For example, would we ever see this sort of image in Kohl’s? 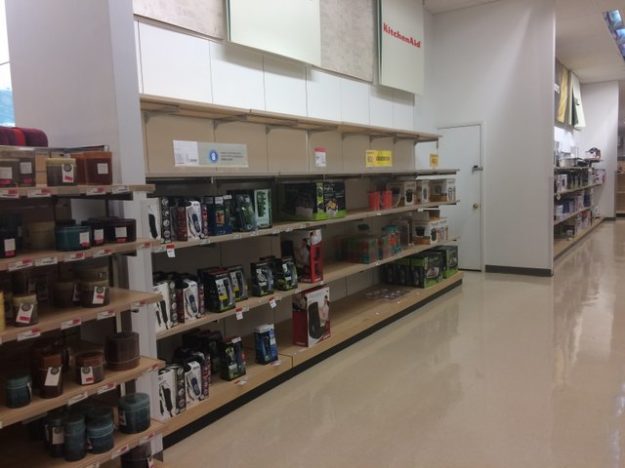 It’s the Sears in Whitehall Mall, with two shelves completely vacant and the others understocked. But this looks far better than other portions of the showroom: 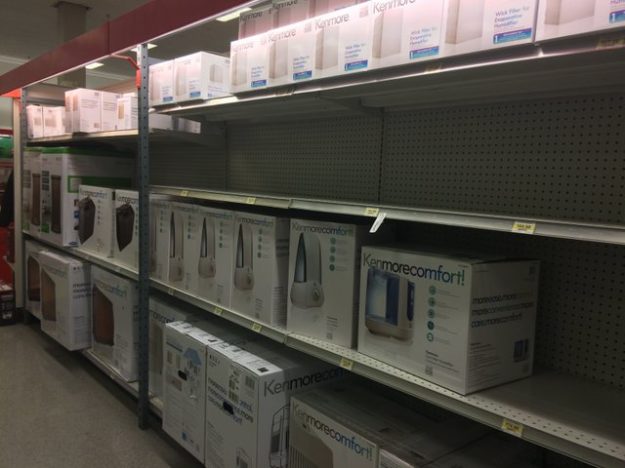 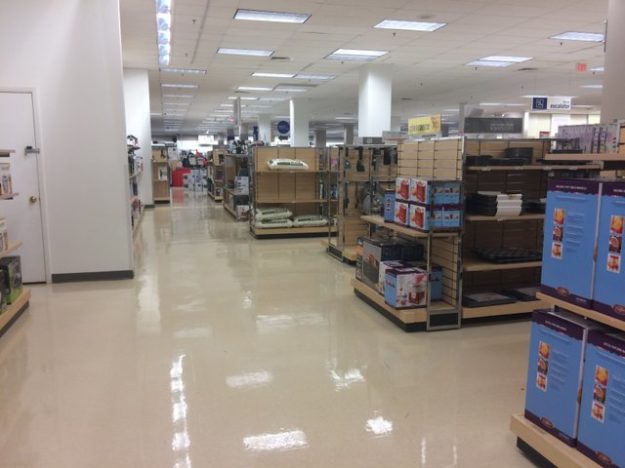 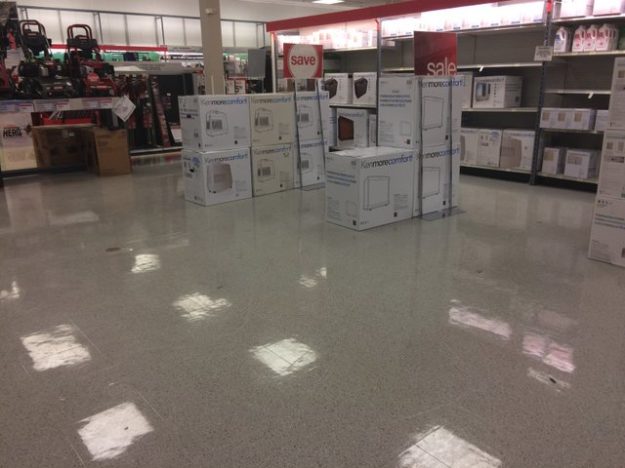 More yawning holes. Some entire wings of the store remain completely empty, yet fully accessible to the public. 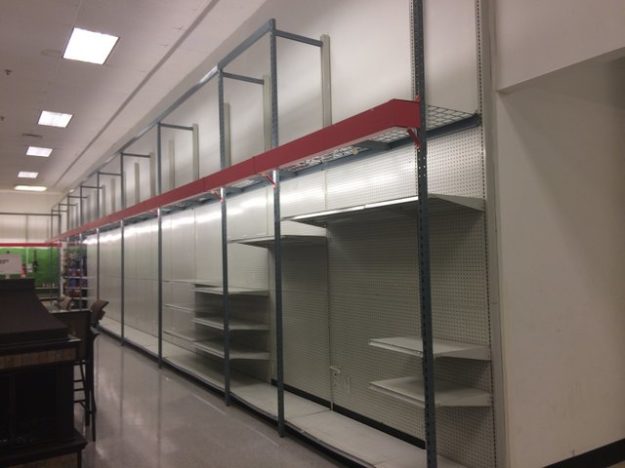 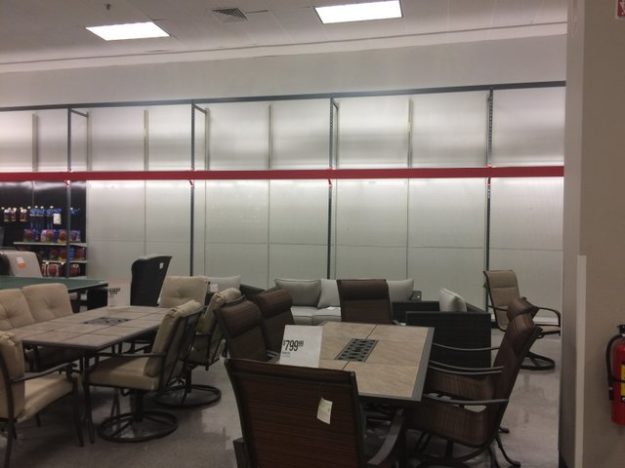 As I explored in previous blogs, Sears is in such dire straits that it can’t even convince its former suppliers that it will be able to sell off its inventory. Vendors have terminated decades-old contracts because they lack confidence that Sears will be able to pay off its astronomical debts.

And why should they be confident? Does Sears even seem capable of marketing its merchandise or conveying an appealing ambiance for its customers? 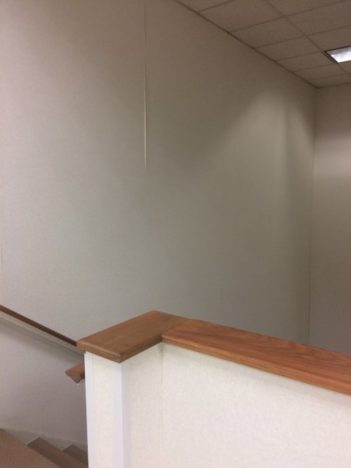 Peeling wallpaper on the dingy, poorly lit stairwell. And while I’m not certain whether Sears owns this specific location or it leases from the Whitehall Mall management company, evidence of deferred maintenance abounds. And it’s no better on the outside: 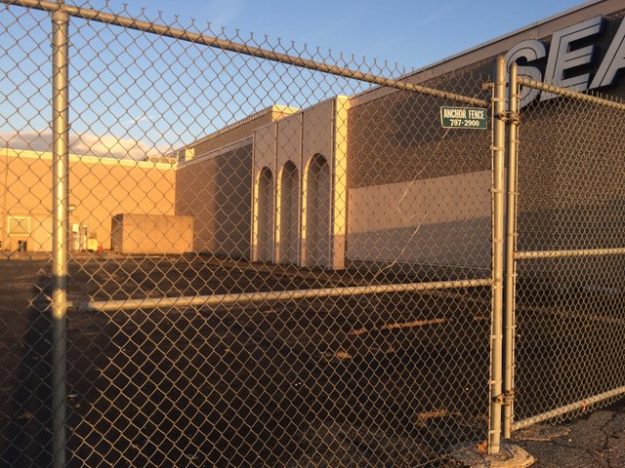 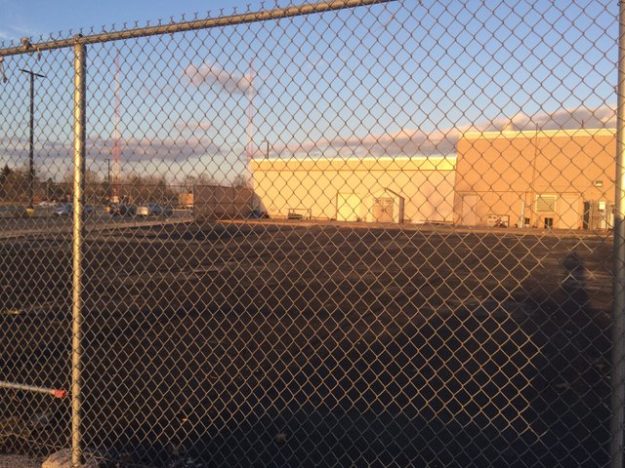 The fenced-in area most likely hosted outdoor and garden supplies back in the day. And while it’s possible that this area gets put to use during warmer weather, the deteriorated condition of the pavement suggests long-term neglect.

But my favorite evidence of Sears’s failures remains the interior displays. 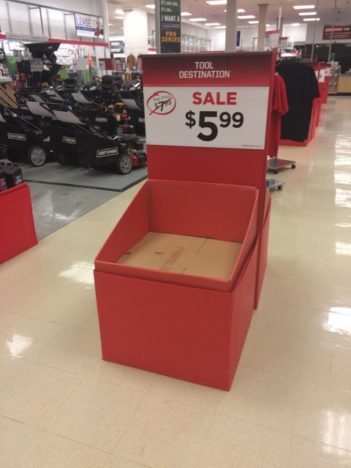 A vacant display box is merely embarrassing, but the image below is downright depressing: 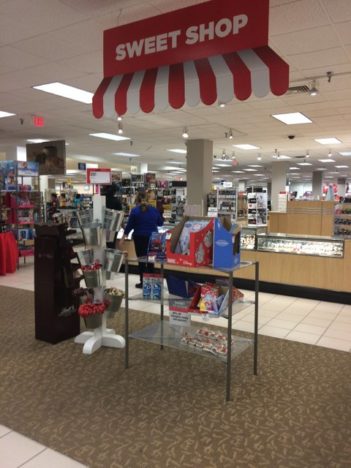 A sweet shop with a large banner, draped over nothing more than a few buckets of candy canes, some throwaway gingerbread ornaments leftover from Christmas (these photos come from late February, mind you), and a couple boxes of old comic books. It looks like clearance, but it still gets called a “sweet shop”. Ironically, in the Lehigh Valley Mall just down the street, one of the primary department stores is Boscov’s, a retailer with a much smaller portfolio that offers an elaborate, carefully maintained, well-regarded candy store. Sears can’t even fill three tiers of a shelf.

Now that the Whitehall Mall offers the only Sears in the entire Lehigh Valley metro (Pennsylvania’s third largest after Philadelphia and Pittsburgh), maybe the management will devote a little more time and care to the appearance at this location. It’s happened before: I noted that the Landmark Mall in Alexandria features one of the best-kept Sears I’ve seen in a decade, most likely because there’s not another option for miles in any direction. It’s possible that, if we were to venture out to the Whitehall Mall tomorrow, we’d find an amazingly transformed interior for the location that Sears Holding Company opted to retain.

But even such efforts only seem to delay the inevitable. Sears has not been able to devise a branding strategy that re-ignites customer interest—something that is particularly critical when foot traffic is on the decline in the Age of Internet. Yet again, Kohl’s seems to be ahead of the curve: it has begun both “rightsizing” its display space at select locations and partnering with successful grocer Aldi to occupy some of the remaining leasable area. Sears just keeps shedding the brands that made it the most lucrative—Kenmore and Craftsman for starters. While Kohl’s continues to reinterpret its business model amidst a changing consumer culture, Sears can only stave off its own demise. And the evidence of its struggles—those perpetually empty shelves—only reinforce the notion that it’s a failing concept. Maybe Sears will reintroduce its catalog. Nostalgia is about the only thing that salvages the company’s former salience.

7 thoughts on “Sears and Whitehall Mall: the only show in town still can barely pitch a tent.”