From Macy’s to mission work: the Landmark Mall gets a memorable (if not easily marketable) makeover.

Several months ago, a humdrum article of mine about a dead mall surprised me because of the response it received. But then, the joke is once again on me: my articles on dead malls nearly always enjoy disproportionate views, hits, and comments. In this case, I honed in on the Sears at Landmark Mall in Alexandria, Virginia. It’s the skeleton of a sperm whale, beached at the confluence of three busy highways on the fringes of a generally walkable city. 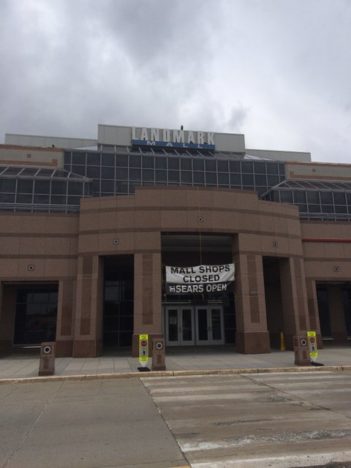 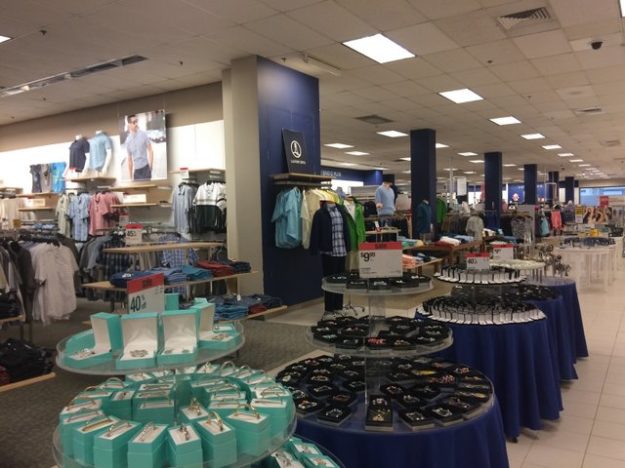 Yes, the mall is dead. Yet the Sears on one end of the mall lives on. This dichotomy proves all the more remarkable. Despite Sears’s widely publicized financial woes—the company can’t even secure enough contracts with vendors to fill its store shelves—this particular Sears looked great: tidy, well-stocked, reasonably staffed, even seemingly fairly patronized. Yet the rest of the mall closed down over a year ago. Why would Sears continue to invest so much in an otherwise failing property?

I pondered how this might work, enjoyed some of the nostalgia from my responses, and then put the article to rest. But recently I received another notification about the latest attempt to resuscitate the mall—or, at least, the shuttered Macy’s. 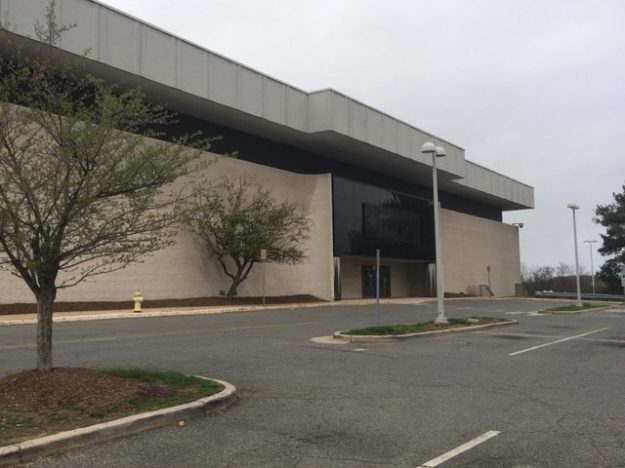 For at least the last six months—about the time I started planning my original article—the Howard Hughes Corporation, owner of the property, has negotiated with Carpenter’s Shelter to turn the old Macy’s into a temporary homeless shelter, while its primary facility in Old Town Alexandria underwent extensive renovations.

It’s a perfect fit: Howard Hughes Corporation continues to formulate its ambitious plans to turn the mall property into a mixed-use town center of apartments, shops and offices, but it has no need to keep a Macy’s mothballed in the interim. Meanwhile, a department store makes for an unusually easy transformation into shelter space, since it already has the large floor plate and the plumbing. The Carpenter Shelter can easily build partitions for smaller bedrooms, then link to existing infrastructure for showers and laundry. And if it seems problematic that a homeless shelter might operate in a generally less than pedestrian-friendly part of town, bear in mind the transit services that have long fed into the Landmark Mall remain operative and robust.

Ultimately, this Macy’s-as-homeless-shelter will serve as a launchpad for a considerable mixed-income component to the envisioned redevelopment of the Landmark Mall site. Alexandria Housing Development Corporation is partnering with Carpenter Shelter to construct approximately 100 units of affordable housing into seven floors atop the Macy’s. Per the initially cited Alexandria Times article, the AHDC will reserve ten of these units for formerly homeless individuals who continue to receive services from Carpenter Shelter, to be completed around 2020, which is about the same time the Howard Hughes Corporation intends to begin developing the residual lands into its glitzy vision.

I’ll confess that I can’t find the details on the phasing for the project, and I am puzzled by how a shelter can operate easily with so much construction work going on around it, including a planned underground parking garage. Most likely it’s not all going to transpire on the exact same patch of land, and perhaps Carpenter will only need a portion of the Macy’s interior. Regardless, this proposal adds to the always-growing compendium of creative new uses for dead mall space, which is something I’ve explored in the past (and many more articles on the horizon). I have my hesitations of how politically feasible it might be to sell the mixed-use town center element to the income bracket the project will need to attract if it’s going to generate a good rate of return, especially given the combination of low-income and homeless individuals that will already be living on site when ground breaks for the town center. The inconvenient reality is that, while many middle-income people are perfectly comfortable living near or in lower-income areas—that’s precisely how the seeds gentrification took root throughout American cities—I’ve seen little evidence of a similar magnetism in areas that are fundamentally suburban in nature.

Will the brand new Alexandria Landmark Mall town center offer enough bling to attract not just residents and workers, but high-income ones, along with the requisite retailers that would catalyze the live-work-play trinity? No doubt the experts at Howard Hughes Corporation understand nuances to the market better than I do, and they may have determined that this gesture of corporate goodwill helps them achieve buy-in where they’re likely to need it, since Alexandra (and metro DC) suffers from particularly high housing prices, with the area around Landmark Mall long serving as a respite for the less affluent (though certainly not outright poor).

I strongly encourage locals to keep their ears to the ground as more details unfold on this project, since I think it could not only bespeak opportunities for adaptive re-use among other dead malls across the country, it could add to our understanding of the elasticity of demand for residential communities that mimic the character of old urban centers. And this “character” includes the broader array of socioeconomic strata that we expect from cities. Plus, it’ll be interesting to see what happens to that unusually perky Sears.

Special thanks to Allison Bouley for bringing this article to my attention.

10 thoughts on “From Macy’s to mission work: the Landmark Mall gets a memorable (if not easily marketable) makeover.”