Circle Centre after Carson’s: a new life or euthanasia?

Ever pondered what might go into a spot when a downtown department store closes?  Well, I got the chance to do exactly that, and it has just appeared in the latest issue of Indianapolis Monthly. 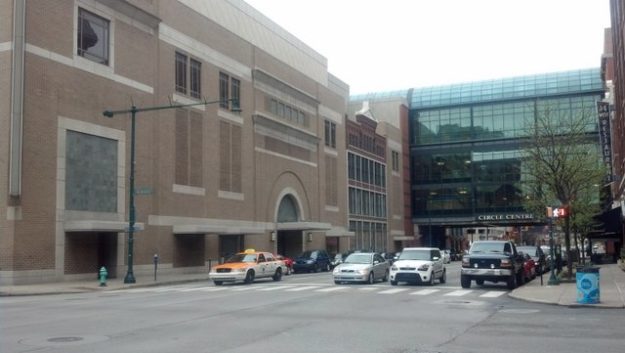 Okay, the photo above is a false alarm: it’s a pic of the Nordstrom that closed in the Circle Centre Mall way back in 2011.  No, I’m not brainstorming what to do with that site.  (I already did that a few years ago, both here and more elaborately at Urban Indy.)  By and large, tenants have re-occupied the space (though none are remotely related to a department store).

We’re dealing now with the departure of the other anchor tenant: the Carson’s that largely helped keep the Circle Centre Mall alive these last few years.  It’s closing too, and I don’t have a good pic of it–which is a shame, because it’s a beautiful building–so here’s a pic of the mall’s interior during somewhat better times: 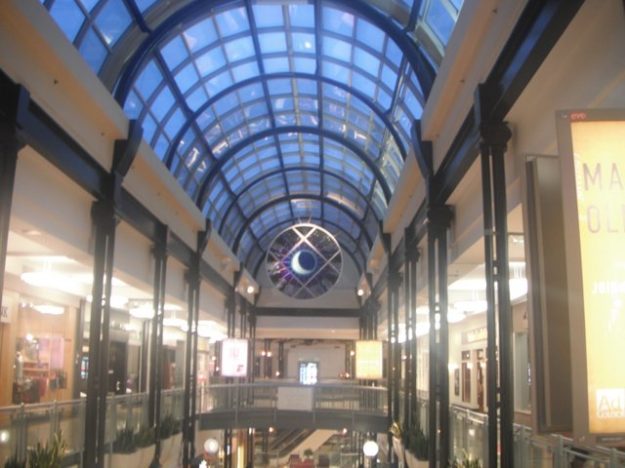 Ironically, when I first received the assignment to write the article, Carson’s had not announced its closure; it was broadly known, however, that the parent company, the Bon-Ton Stores, Inc., was in awful financial shape.  And then, just a few weeks ago, the City of Indianapolis received the unwelcome (but hardly unsurprising) news that Carson’s would close, leaving Circle Centre without a department store, essentially relegating it to “dead mall” status.

Too bad.  It was a smartly designed mall, largely tucked behind historic building façades to blend in with the existing streetscape.  Take this example: 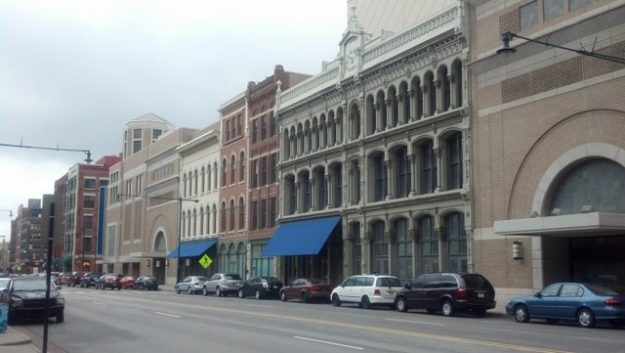 Pretty much all of the façades visible in the above photo are the mall itself.  But, with Carson’s vacating in the next few weeks, what’s left to lure people in?  The partnership that manages the mall has announced a multi-million dollar renovation plan to upgrade the interior appearance, but I’m not optimistic.  Malls are dying nationally.  Indianapolis is one of the few Midwestern cities left (outside Chicago) to even claim a partially viable downtown mall, and the widespread implosion of retail holds little hope that the interior space will ever attract any top-name tenants…let alone a new department store.

What’s left?  Well, that’s the goal of my article: to think up an entirely new use of the space.  And while I’m not fond of my recommendation at a broader philosophical level, I do feel it may be the only pragmatic solution to salvaging what, through much of the 90s and early 2000s, was a centerpiece to the Wholesale District of Downtown.  Fortunately, the Mile Square of Indianapolis has much more to offer these days than the Circle Centre Mall: a downtown Whole Foods is slated to open within a few weeks, at the base of the city’s largest high-rise apartment building.  But it would be almost as criminal to let the space go vacant as it would to demolish it without first thinking of a creative adaptive reuse.  Take a look at what I have in mind, and then throw your comments my way.  We’ll come up with something!

29 thoughts on “Circle Centre after Carson’s: a new life or euthanasia?”