Viewing the stodgy charms of yesteryear…through a lens from to-day.

I’ve been wising up over the last few years to an escalating resurgence of the Victorian aesthetic throughout the Western world. Whether it asserts itself most powerfully in facial hair, comfort food, or a neo-Puritanism among our great social-media arbiters of taste, the Victorian revival seems most entrenched in the hippest, most urbane quarters. Take this storefront in Brooklyn, for example. 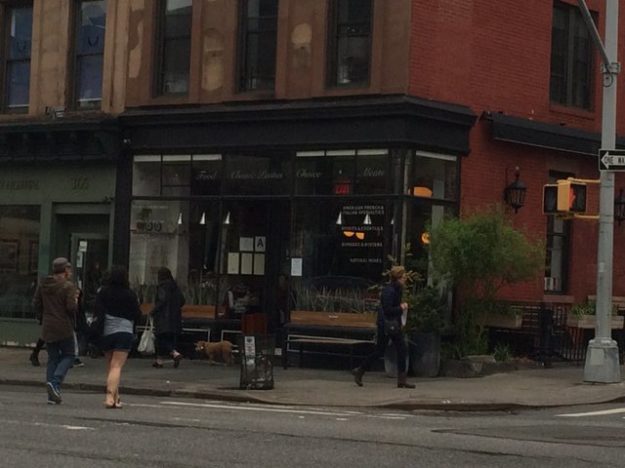 The pic is as dingy as one can expect on an overcast spring day, but a closer examination reveals just how carefully this restaurant has cultivated the message through various decals on glass. 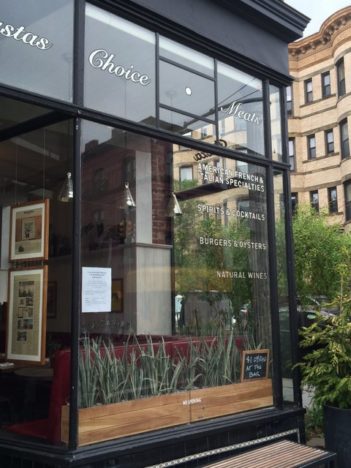 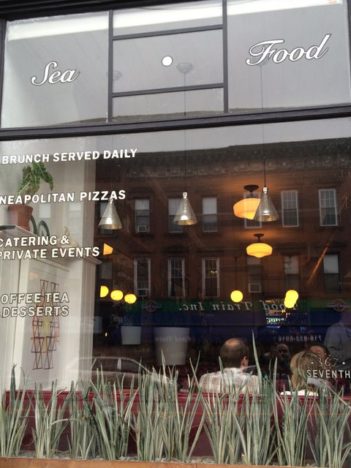 It’s rare that a contemporary ad campaign would encourage verbosity, but here’s a place that seems to savor it. So many words on these windows—just wordy in general. And a vaguely archaic means of getting the message across. Choice meats? Natural wines? Sea Food (as two words)? American & French & Italian Specialties? How, in this era of extreme niche ethnic market capitalization, is it a wise decision for a single restaurant to take a stab at three cuisines simultaneously?

The answer, as I see it: restaurants are less about the food and more about gestalt. These places reveal a newfound sensitivity to combination of the three elements that the popular Zagat survey has long scrutinized: food, décor, and service, in equal measure. Sure, the quality of what appears on our plates is still important, but a restaurant with great food but an uninspired appearance is far less likely to succeed than one that goes that extra mile to build an entire culture once we step through the entrance. And a truly inspired look doesn’t have to be expensive or upscale—in fact, a downbeat, underinvested aesthetic may be just as effective of an allurement, in the right location. In the case of this restaurant (which I have deliberately left unnamed) I think it is truly attempting a throwback to the classic dining halls of a century ago. I’m surprised they didn’t include antiquated spelling of words like “To-Morrow”. Even the sans-serif, all caps font used for those decals looks like something out of a Victorian trade card. And this sort of place—rebelling against rebellion by guising its anachronistic nature as fashionable defiance—would at this point most likely prosper exclusively in hipster enclaves. And while some neighborhoods in Brooklyn are more hipster than others, ironically anti-hip gestures are a safe bet throughout the entire borough. 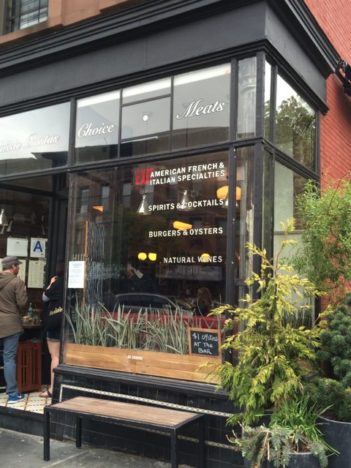 My observations on this topic will remain fairly brief at this point, because I’m not yet confident enough to postulate that this is an emergent trend likely to sweep the country. Give me six months’ time, and a chance to visit the less style-conscious hinterlands to see if it’s playing out elsewhere. Or maybe we should just wait to see if we start witnessing storefronts that cater exclusively to beard grooming. Or derby hats. Or walking sticks. Or pantaloons and elliptical hoops skirts for the ladies. Then again, since this is Brooklyn, maybe the men will be wearing those too…along with their well-manicured, fastidiously groomed facial hair. At this point, a “beard salon” seems like a far more promising retail outlet than a Radio Shack, Payless Shoes or Wet Seal.

PrevService station sentimentality: frozen in time without spending a dime.
Green street in Seattle: over the long term, will it put the City in the red?Next

9 thoughts on “Viewing the stodgy charms of yesteryear…through a lens from to-day.”