Service station sentimentality: frozen in time without spending a dime.

On a quiet corner in a mostly residential area, a modest little gas station offers a visual time warp to the 1950s. 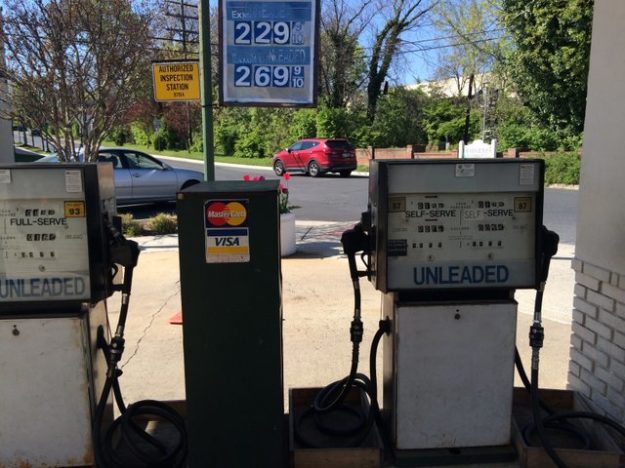 Where are all the digital numbers?   And how much would it cost just to keep those dinosaur gas pumps working in this day and age? Normally, when we encounter a service station with infrastructure this old—yet still clearly operable—it’s in a far-flung corner of rural America where the intensity of use is low enough to render any sort of modernizing investment unnecessary.

But that’s not the case here. 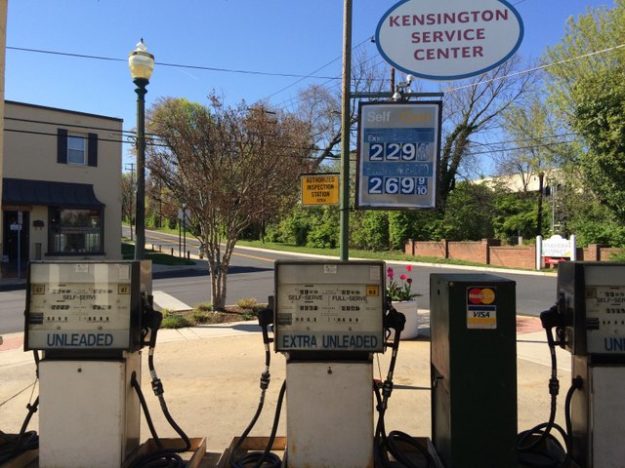 The Kensington Service Center sits squarely within the mostly residential Town of Kensington in Montgomery County, Maryland, at one time a farming settlement, then a summer refuge from the sultry swamps of nearby Washington DC. By the 1920s, it established itself as a mature bedroom community, surrounded by the proliferating suburbanization that has in recent years pushed Montgomery County’s population over one million.

The Kensington Service Center is neither rural nor far-flung. It’s also not poor. Though many the houses within the half square mile that comprises the Town of Kensington appear to be modest Cape Cods and bungalows, the incomes—characteristic of most of Montgomery County—are well within the top decile. 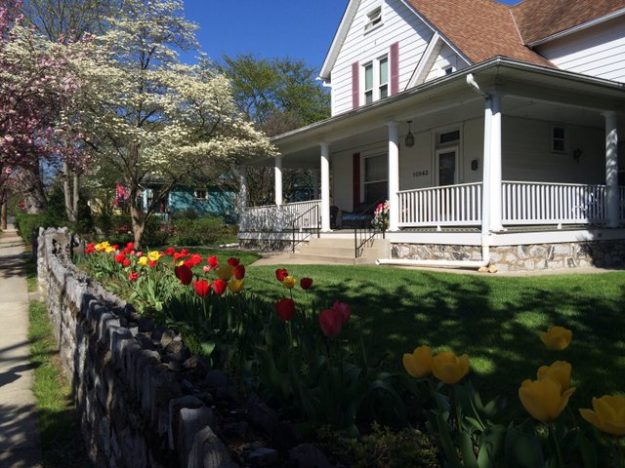 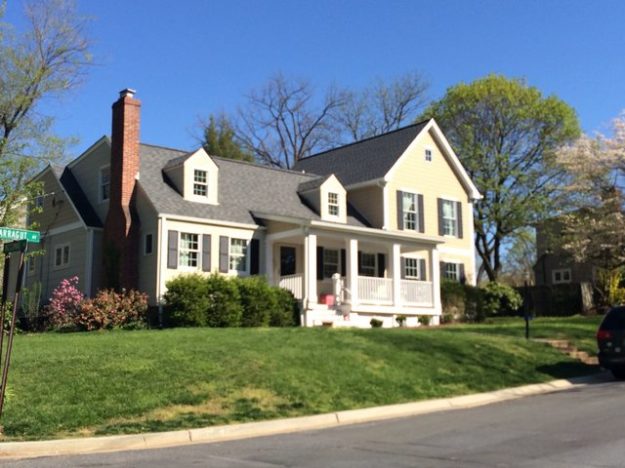 And much of the development surrounding Kensington is more aggressively automobile oriented, leaving the town a comparative anomaly. This service station sits at an intersection that may essentially comprise Kensington’s downtown, immediately adjacent to a rail line that now serves DC’s commuting population. Hugging each side of the rail line is a mix of older (pedestrian-scaled) and newer (car-friendly) commercial buildings. 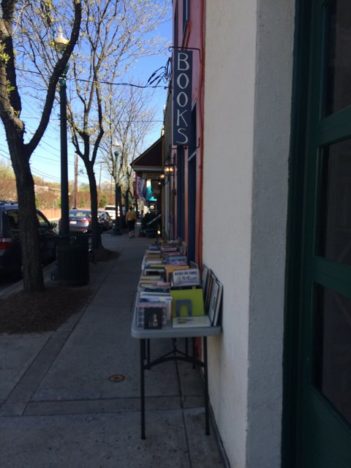 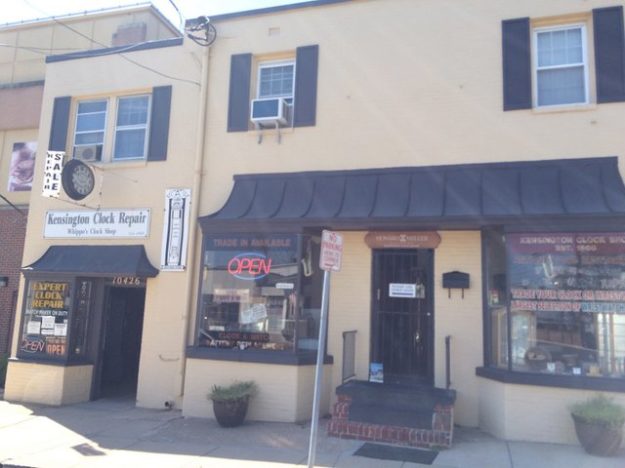 The walkable strip of shops fronting the railway is Kensington’s Antique Row, fully visible in this Google Street View.

Considering the income density in the surrounding area, one might think that a service station like this one might need to update its infrastructure to remain competitive. Clearly it doesn’t. In fact, Kensington Service Center seems to oppose advancements, and yes, it’s deliberate. Operating since 1926, the website cultivates vintage photographs of classic cars, while the interior walls feature collectibles from over the years. And the nostalgia approach extends to the operations: as reviewers note, one staffer pumps the gas for their customers, while another washes windshields. The owners are evoking an old filling station in a town that itself largely signals a bygone era from when it really was an isolated hamlet—a striking contrast from the latticework of highways that surround Kensington today.

But it’s not alone. Even the more contemporary shopping districts of Kensington seem to savor their patina. 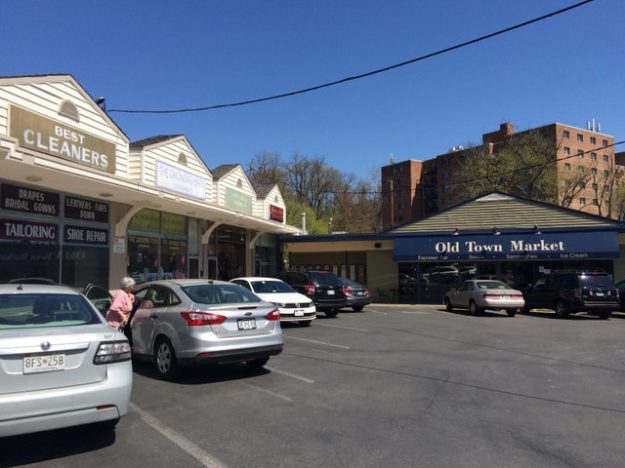 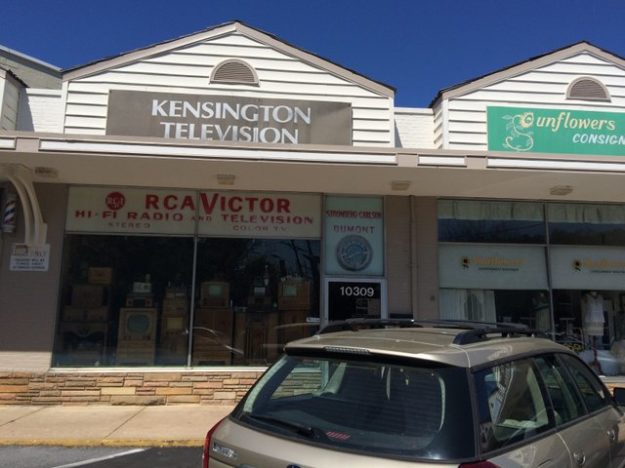 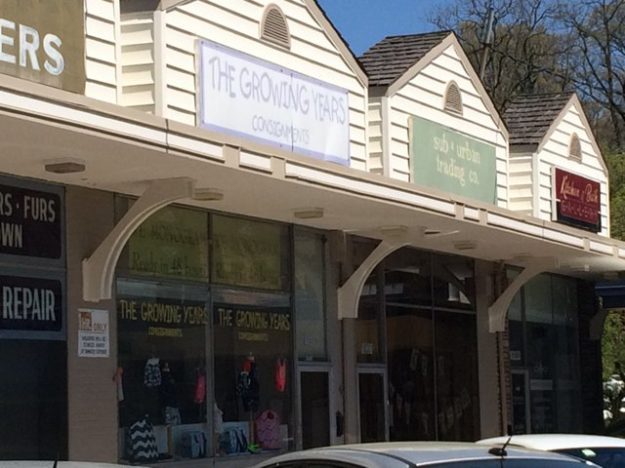 A successfully, fully occupied neighborhood strip mall could have undergone a complete face lift to make itself more modern and upscale, but in Kensington, the sun-bleached, mundane signs hint at a pedigree. It reminds me of the array of storefront signs in Cambridge, Massachusetts, a much more contemporary-looking retail environment, where the oldest establishments proudly let their promotional signs rust and fade as a testament to their long-running operations. The Kensington example less fancy than most other strip malls these days: the parking lot is plain, the landscaping is sparse, the architectural details are lacking. Yet the scale of the establishment does not allow the parking to overwhelm the streetscape, and it still retains a fundamental walkability, even though the parking lot is the true centerpiece. The lack of clear upgrades or investment is a major source of the appeal.

The Kensington aesthetic isn’t entirely coincidental: the core of the town rests within the Maryland and National Register for Historic Places. But it’s rare to find service stations and strip malls—two building typologies we typically associate with bland suburban ubiquity—enjoying such a carefully cultivated aesthetic, and one that avoids highbrow gestures in preference of freezing a certain period in time. As one reviewer stated, “Feels like Mayberry.” But with six-figure incomes.

Positive word-of-mouth has impelled visitors to get to stop by the Kensington Service Center for gas, just to experience how it all used to happen back in the day. And it’s a good thing this service station adds this personal touch: as of last year, Oregon became the penultimate state to repeal laws that forbade customers to pump their own gas (at least in rural Oregon). This law leaves New Jersey as the last state in the country requiring employees to pump gas for customers—that and places like the Kensington Service Station, which might as well keep its practices and appearance going for another ninety years.

PrevLet’s detour to Northampton. Now orange you glad you did?
Viewing the stodgy charms of yesteryear…through a lens from to-day.Next

14 thoughts on “Service station sentimentality: frozen in time without spending a dime.”