Now that we’ve commercialized the facelift, it’s time to domesticate it.

Most of us who have spent any time in a city have come across at least one of these before, even if it didn’t necessarily stand out. 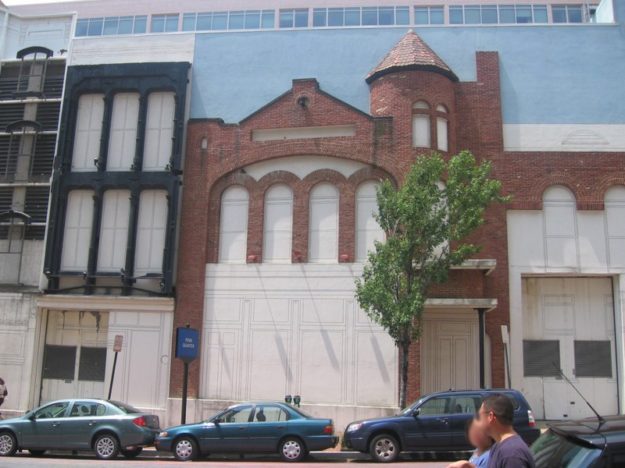 It’s a building (or cluster of buildings) with an aged façade, concealing a much more contemporary structure behind that wafer-like sheath. The preferred label (morphologically incorrect though it may be) is façadectomy. And Washington DC–seen in the above photo–is  chock-full of them in its expansive downtown area, and I covered a single example several years ago.  In the years ahead, I expect to feature many more in the Penn Quarter, Judiciary Square, Mt. Vernon Triangle neighborhoods—maybe a few in Foggy Bottom as well. But, due to their proximity to the federal center, each of these neighborhoods has undergone an almost complete redevelopment from DC’s days as a sleepy one-horse town. Capitol Hill, by contrast, remains largely a facsimile of its building stock in 1880—preserved both by decades of collective advocacy and, if not by fiat, than by powerful incentives (coupled, of course, with equally strong disincentives for demolition).

So it was at least a modest surprise for me to encounter a façadectomy in this beloved and carefully cultivated neighborhood. 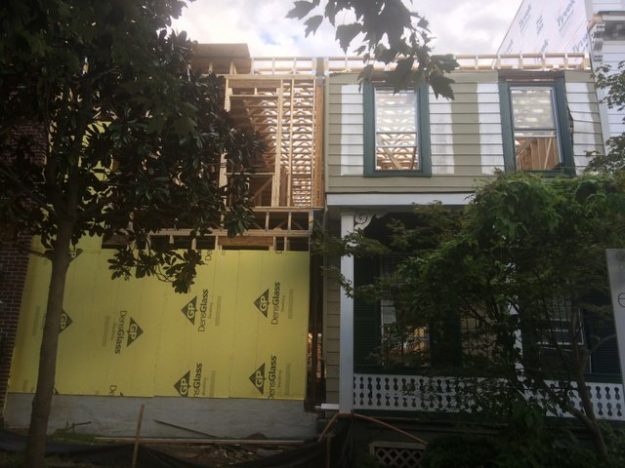 Yes, the façade on the right is among the many traditional templates commonplace to Capitol Hill. And, until recently, braces kept it from tipping in either direction. At the very least, a wood frame now supports it from the rear, but beyond that, it’s all open air—and nothing more than a residential façade out front.

I suppose this initiative is both a testament to the strength of the preservation culture in Capitol Hill, as well as the upward climb of property values in the city. Usually developers preserve façades for two reasons: 1) the site’s commercial zoning confers a great value to the land but the façade itself offers greater aesthetic value than the (often obsolete or deteriorated) massing behind it; or 2) the developer confronts profound public pressure to save at least some or all of the structure, usually again due to the well-regarded aesthetics of the façade. But few cities would force the salvaging of a residential façade in a quiet neighborhood street, let alone one using a humble wood construction, where the roof is already absent. Two other contextual features stack the deck against this preservationist strategy: first, the adjacent structure is completely different. 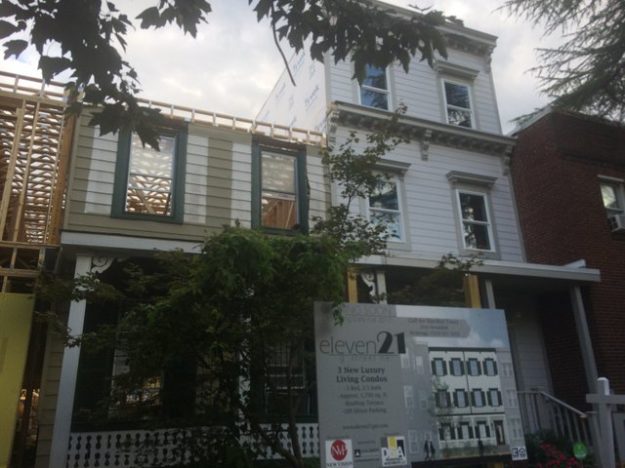 Thus, the development team faces little pressure for architectural conformity. Secondly, the structure on the other side is starting essentially from scratch. 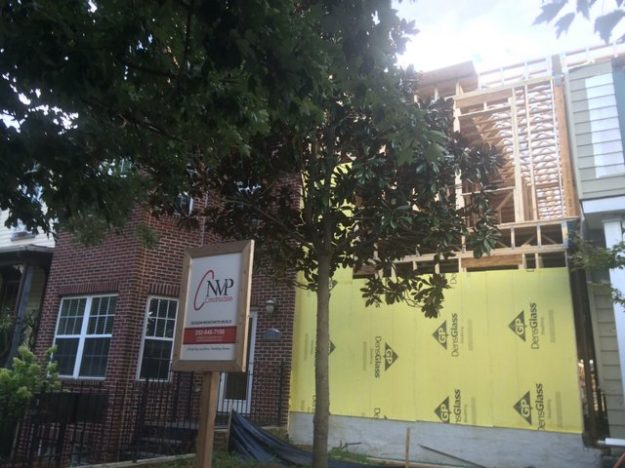 This site, just a stone’s throw from the rapidly gentrifying H Street corridor, consists of two contiguous lots…but only one is receiving any real preservation treatment.

Let’s take a closer look at the sign in front of this residential façade: 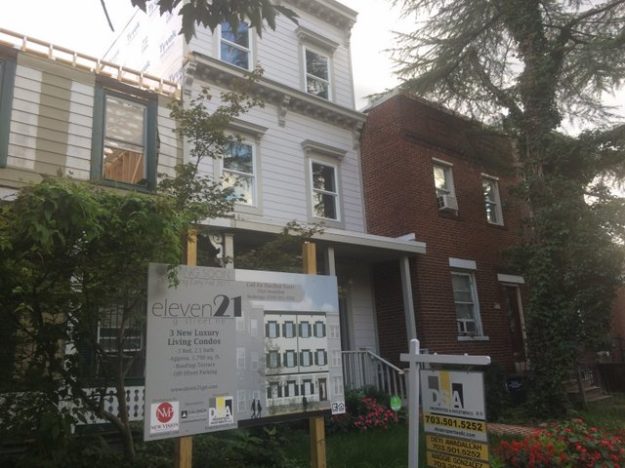 It seems obvious from the simplistic rendering that the Eleven 21 redevelopment intends to incorporate both lots, with the edifice on the left mimicking the preserved façade on the right. My speculation: we’re not dealing about a greenhorn residential developer here. This is a biz that knows the cultural value conferred to Capitol Hill architecture, which often assumes the variegated appearance more common to townhomes in Amsterdam than the Georgian uniformity one might encounter in London (or, much closer to the District, in Baltimore and Philadelphia). Capitol Hill’s attached housing is a mishmash of styles—particularly in the oldest parts—but this contrast among individual blocks and, quite naturally, minimizes monotony. 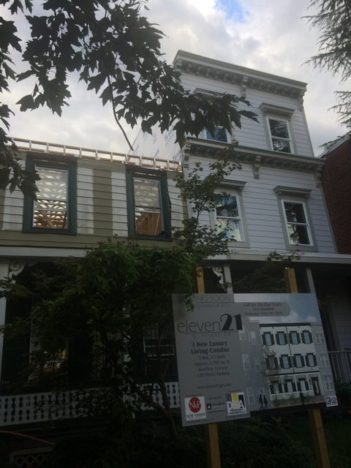 When this redevelopment (almost a complete infill—but not quite!) passes final inspections and permitting in several more months, I suspect we’ll see a skillful facsimile of the right-hand residential façade on the left, and the interior layout may even function as one unit—a sort of conjoined twinning of formerly discrete rowhomes, with shared “organs” out of view behind the frontage “clothes”. Regardless of the outcome, it’s an achievement that DC can herald as the direct aftermath of its effectiveness at attracting both top-tier creative talent as well as an adequately sized market to appreciate it—and support it with fat wallets. Healthy economies and high land values quite predictably tend to attract higher design and development creativity in general, just as the opposite conditions repel these same fringe benefits. And DC has certainly enjoyed a healthy economy for much longer than the rest of the country—since it emerged from the Great Recession with little more than a ding or two. But anyone who’s got an inkling of what real estate goes for in greater Washington already knows this.

PrevA watering hole on the Detroit city line…with a special knock and password to enter?
Delaware Water Gap: a landmark border crossing or simply a pretty place to pay a toll?Next

6 thoughts on “Now that we’ve commercialized the facelift, it’s time to domesticate it.”