The trendy tourist trap town offers more than a chance for alliteration (which I obviously can NEVER pass up). It affords great opportunities for analysis, because, nine times out of ten, this funky community with abnormal appeal differs from the surrounding areas in numerous other ways beyond the dollars it racks up in out-of-town visitors. Rehoboth Beach in southern Delaware is a perfect example. 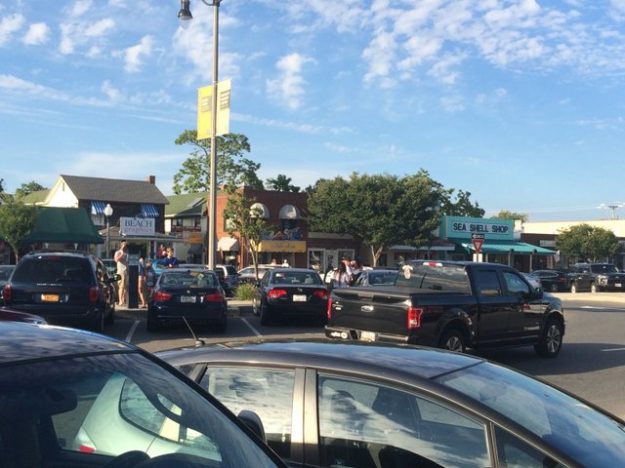 I’m sure I could devise multiple ways to categorize these magnetic municipalities—and experts on the tourist economy have no doubt already done so—but, for the purposes of this argument, I’ll focus specifically own towns ideally under 10,000 people; otherwise they’re small cities. And I’ll break them into two primary groups: those that offer a draw intrinsic to the human settlement itself, either because of history or particularly distinctive (often well-preserved) architecture, or those with a geographic feature upon which the proximal town subsists. While parts of Rehoboth Beach are undeniably very pretty, it falls squarely into the second category, as its name would attest. It’s a beachfront tourist trap town. 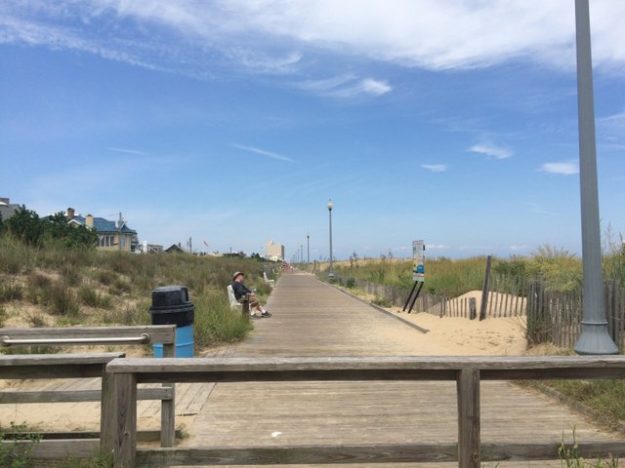 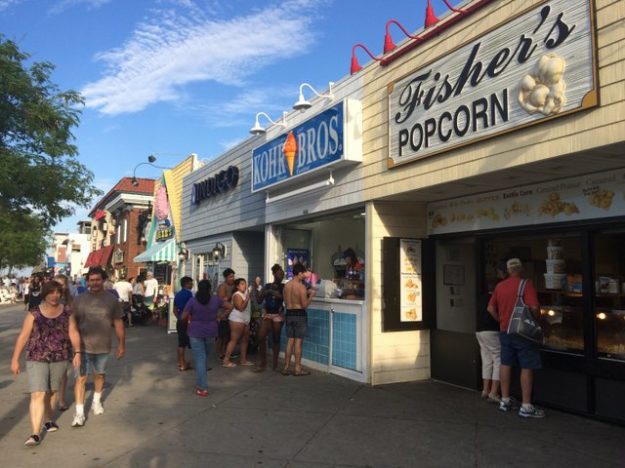 While the Census reports Rehoboth Beach as a city (per the State of Delaware’s constitutional stipulations for what constitutes a city), its population has hovered around 1,500 for the last few decades. It has tight municipal boundaries. But the tourist economy that brings tens of thousands of visitors each summer splays outward from the town for miles, extending to some of Delaware’s other beaches to the south (Dewey, Bethany). But Rehoboth is the best known among them, and it’s the key draw. And though it seems pretty urbanized on its own terms, its not particularly close to any other urban areas: resting squarely on the Delmarva Peninsula, the closest metros are Dover, DE and Sailsbury, MD, each about 50 miles away (and smallest metros of approximately 100,000 people). The two largest cities, Washington DC and Norfolk VA, are well over a two-hour drive away. Outside of the beachfront towns, southern Delaware remains largely agrarian. Not a hotbed of international appeal. Like many tourist traps that depend on their natural features for recreational opportunities, Rehoboth is a seasonal place: I’d wager that 90% of its economic activity gets compressed into the 3-4 months that meet southern Delaware’s meteorological standard for “summer”. (Obviously, Vail, Colorado, in the heart of the Rockies, would enjoy its bump during the opposite solstice.)

On a typical sunny August weekend, when we laze along the sidewalks of Rehoboth Avenue (one of multiple commercial main streets for this town that punches above its weight class), they’re packed to the gills. 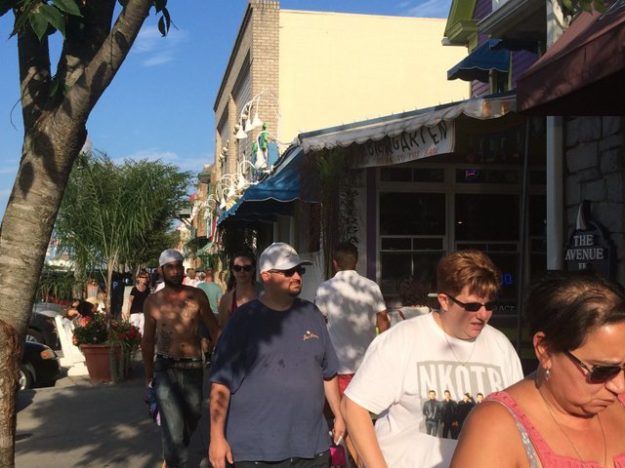 But let’s step inside one of those adjacent storefronts: 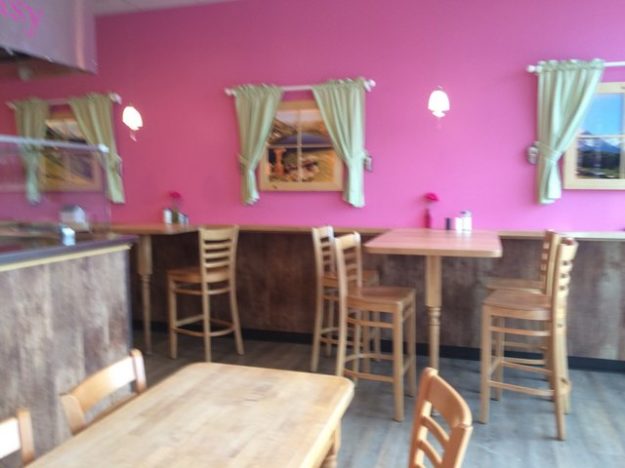 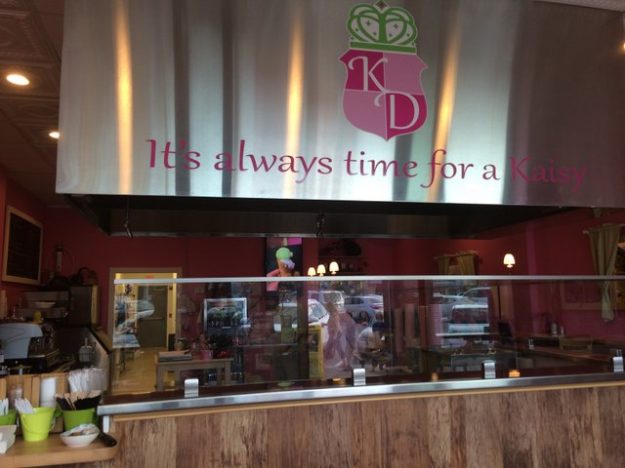 Kaisy’s Delights offers a pink-pastel interior not entirely unsuited to the location. What are its delights? If you haven’t cheated by clicking on the website yet (if the website is still active by the time you view this article), you might make a reasonable guess. It looks like it could serve sno-cones, fresh squeezed lemonade, or ice cream. While it does offer the latter, the menu is more interesting than that. 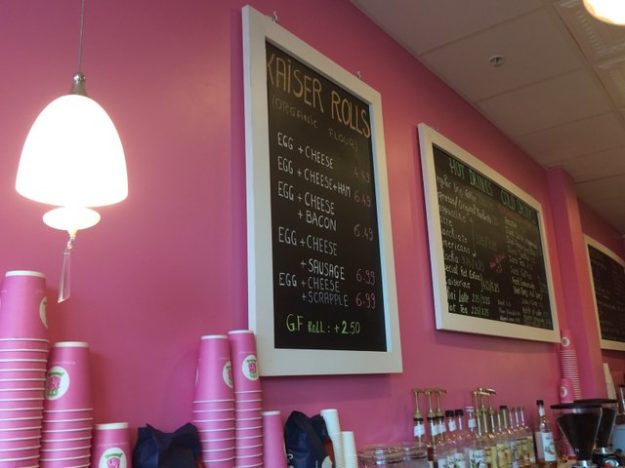 At first blush, it might not look special. But check out those prices. Sure, they’re a bit higher than you might expect for a fast-casual eatery, but this is a prosperous beachfront town.  Tourist trap towns are always spendy.  More important: look at the numbers. Those nines. They’re not drawn the way Americans typically write them. That’s a European nine. Though Americans easily recognize a nine with a curled tail for the descender—we see it in print routinely—the D’Nealian method taught in almost all American schools (private and public) encourages strategic tails for certain print and cursive letters, while the American written “9” avoids a tail, terminating in a post much more akin to a question mark. I suspect this D’Nealian approach (and the Palmer method that preceded it) deliberately avoids confusion between the “9” and the lower-case “g”, which when written with the tail often can look similar. But few if any European countries apply the American approach when drawing the number 9. In other words, Kaisy’s Delights uses the European numbering. It also serves latkes, goulash, La Colombe coffee, and it plays classical music.

Is it obvious yet? Kaisy’s is a European-family-run establishment in the quiet corner of The First State. The website reveals that they are French-born but have Austro-Hungarian roots, and the Kaisy® is their variant on Kaiserschmarrn, an Alpine treat, somewhat akin to the American funnel cake. Needless to say, I’m cribbing the story from their website. But the intrigue doesn’t end there: at least half their staff is foreign-born (mostly European). While some might chalk it up to patronage, that’s not entirely fair. European college-age youth routinely enlist in cultural exchange programs so they can live and work the summer holiday in tourist trap towns like Rehoboth. This practice is quite typical throughout the Mid-Atlantic Coast, but I also witnessed it among summer help in and around the Black Hills and Badlands of South Dakota.

Thus, while Rehoboth Beach could seem like a sugar-glazed slice of Americana, it has a distinctly cosmopolitan flair. Foreign dialects among 19-year-olds abound (along with their middle-aged parents visiting). It instills intrigue throughout the town, but nobody’s going to begrudge the family that runs Kaisy’s Delights something as inconsequential as their non-American way of drawing the number nine. The same practice is obvious at another restaurant a few doors down: 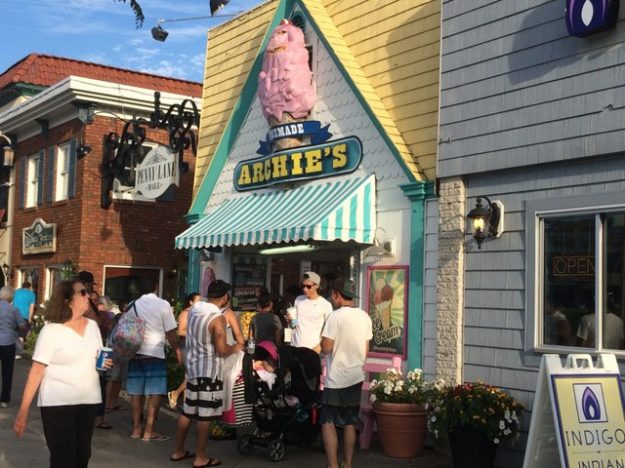 Archie’s looks like something out of Mayberry…or Disney’s Main Street. But check out that menu. 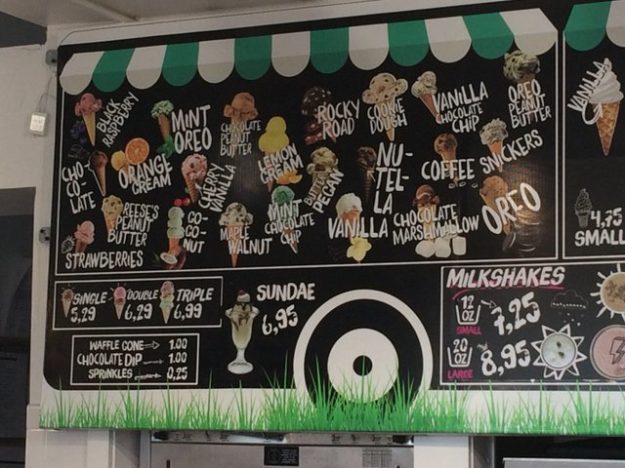 It’s subtle, but unmistakable. They use the tails on the nine again, but check out the divider: it’s a comma. Americans use a decimal point; most mainland European countries do not. 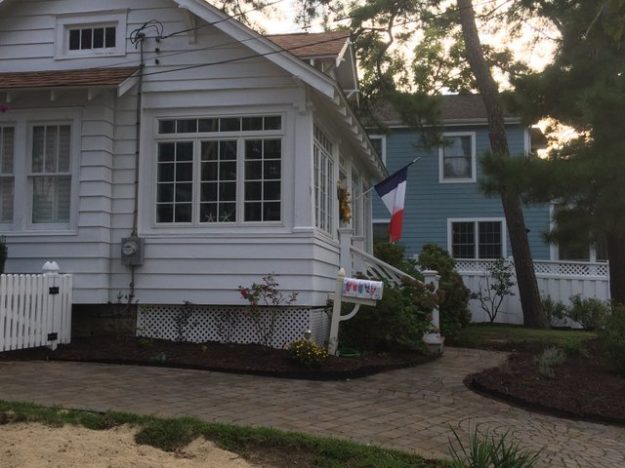 Would we expect homes in a typical American town of 1,500 people to host French flags on their front stoop? Not likely. But a tourist trap clearly has something else to offer, and the demographic to support it.  Maybe this is the chateau of the Kaisy family—or one of the many other foreign-born entrepreneurs, capitalizing on the season.

PrevMidtown Mall in Worcester (MONTAGE): The shopping center that never was…but somehow still is.
South Bethlehem: A main street for the ages…with all the wrinkles we might expect.Next