The Borough of Nazareth may not register strongly to most people living outside of eastern Pennsylvania, but it does have one ace up its sleeve: it’s the headquarters for the C.F. Martin & Company, maker of the Martin Guitar since 1833. Widely distributed across the world for at least the last century, the guitars have earned enough of a standing among instrument specialists that some of the company’s finest prototypes sit in permanent display at the National Music Museum in Vermillion, South Dakota: 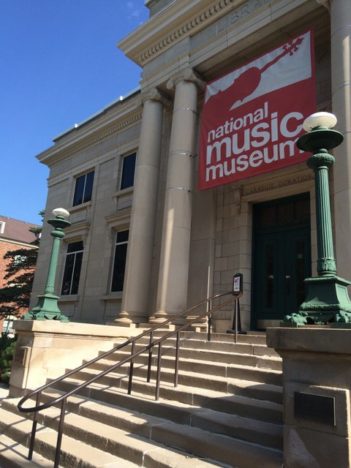 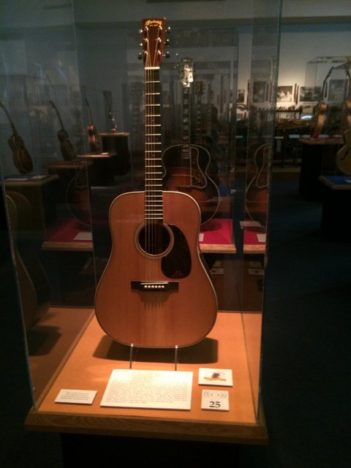 But that museum, among the largest instrument collections in the world, operates over 1,500 miles away from the brain center for the Martin Guitar. The primary factory out of Nazareth—a town even smaller than Vermillion—has discovered its own means of engaging with guitar enthusiasts, right through its front door. 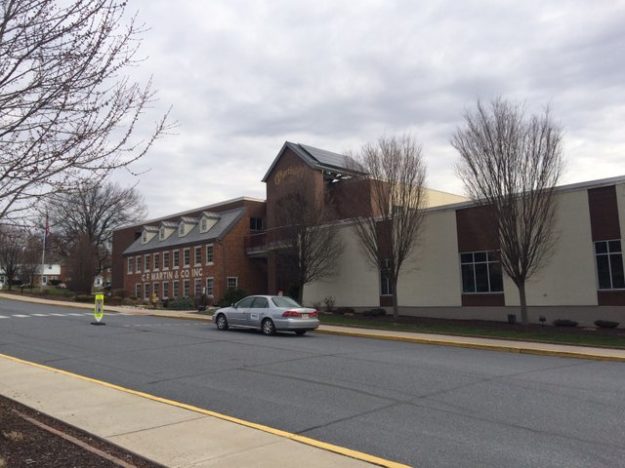 Sure, it doesn’t look like much, but even the untrained eye can witness the old (the 19th century structure that housed the original factory) and the new (the contemporary expansion). Beyond those visuals, the company’s leadership has transformed the historic factory shell into a very smooth public outreach operation, featuring a museum… 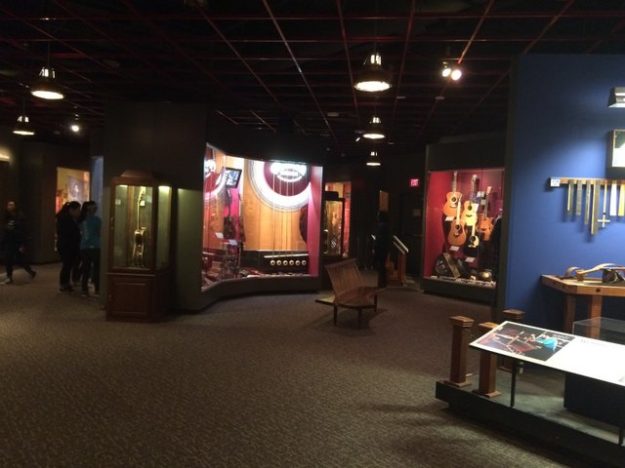 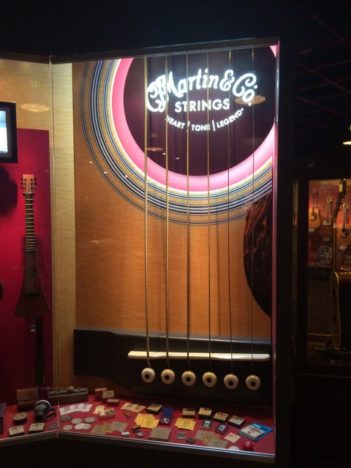 …as well as a gift shop and factory tours. Without stealing the company’s thunder by revealing too many secrets (and I’d assume I barely scratched the surface through my own tour), I’ll offer this one tiny hint of what it looks like: 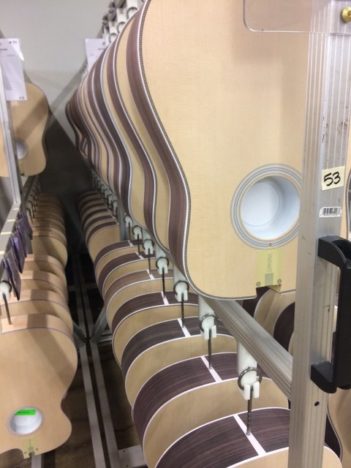 Martin Guitar has crafted a well-polished presentation for its guests. In the three hours that I spent at the guitar facilities in late March, at least one hundred people came in and out of the visitor center, surveying the great displays on the company’s history and most celebrated instruments from the museum, while waiting their turn for a customized tour of the factory. The tour is popular among trade groups, instrument collectors, and even high school field trips. Without letting this devolve into a promo, I’ll make the one final observation that sealed the deal for me—and the one that makes this worthy of a post for American Dirt. Here’s the “black carpet” entrance for visitors: 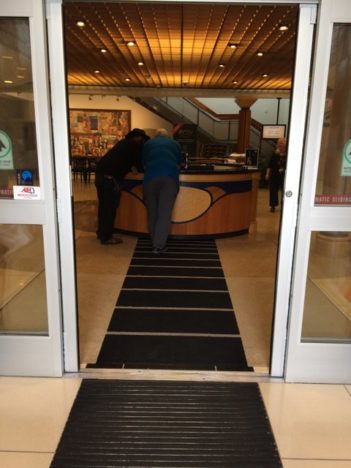 The unusual thick line leads right to an information desk, but why the choice of black? Why not make the customer feel privileged with some royal red? Pivot 180 degrees in the other direction and you’ll see the key detail: 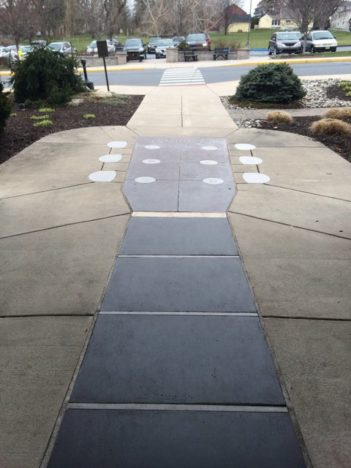 Get it? Embedded into the sidewalk are paving features that mimic the frets, the fingerboard and the tuners of a guitar. I didn’t notice this when I walked in the first time; only as I was leaving. I suspect many don’t notice it, or it doesn’t register as a guitar. And it’s hardly earth shattering. But it’s the sort of witty detail that deserves recognition because the folks at C.F. Martin & Company didn’t have to do it. They probably gain little to nothing for this added investment. But they thought to do it, and it’s an ingenious additional way of signaling to visitors that they’re in it for the love of the product they produce.

I recently learned from a long-time employee that there’s more to this guitar than just the fingerboard.  It’s part of a D-28 model instrument, at 21 times the normal scale.  The receptionist literally sits in the soundhole, and the creators cut Silestone tile floor precisely to mimic the body shape, tortoise pick guard and ebony bridge.   Each piece was numbered, and, like a giant color-by-numbers, the construction crew installed each piece into the floor.  The architect even transferred the unmistakable shape up on the ceiling with another massive guitar replica, which I clearly failed to notice.  Better luck next time.

This guitar model was more than just a whimsical touch, and even less just a whim.  It required someone–probably multiple people–to conceive it and build a guess for the financing of it.  Has it yielded a return on investment for the company.  I suspect it has.  Whimsical or otherwise, these little filigrees can help steer visitor impressions from the neutral to the favorable, particularly for the non-enthusiasts, who may find the mechanics and history of a company like this to seem a bit dull. (Conversely, for the instrument wonks, a pilgrimage to Martin Guitar is like nirvana, no matter how dusty the displays could be. And these displays were immaculate.)

The PR wing of C.F. Martin & Company has devised a way to attract more than just the Martin Guitar aficionado—they’ve snared the agnostic too. Or even the indifferent. The added touch helps explain why the Martin Guitar and its manufacturer have remained profitable, resilient and broadly coveted while keeping the majority of their operations still in Nazareth, when so many competitors have either folded or moved to the developing world. And why it now earns prestige as the oldest continuously operating family-owned business in the country.

PrevDepopulation as a means of preservation.
Bridging the gap between state budgets.Next