Still on the grid…just a little looser.

My postings have been pretty sparse lately, though it’s not for a lack of new ideas. I’ve been traveling across the middle of the country, visiting friends and some of my favorite American landscapes: the vast prairies and buttes of the high plains. Driving along unpaved roads in some of the most sparsely populated countryside in the lower 48 states, a typical view from out the window includes something like this: 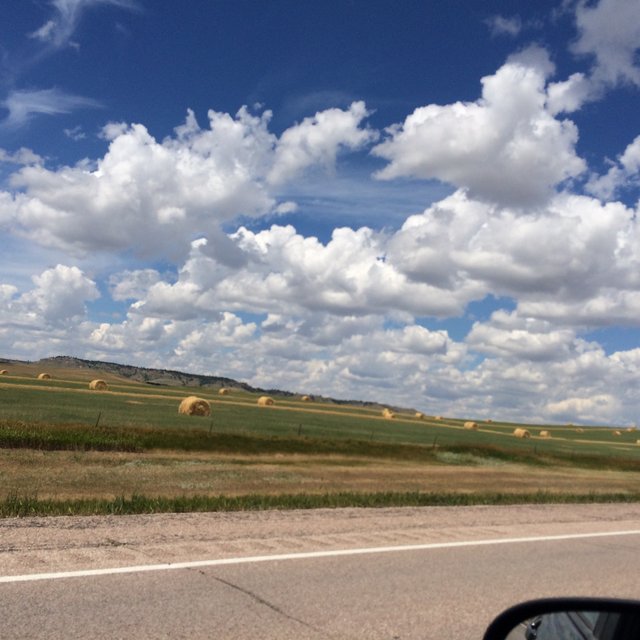 For many in the US, this windswept, often treeless vista borders on soul-shattering for its expansiveness and comparative absence of landmarks. Boring! The widespread collective distaste for the prairie is worthy of another blog article entirely. Or two.

I love it, because the occasional rock formation punctuates the horizon line like some high drama. (But it’s great when it’s flat too.) Sometimes it’s monotonous, but it’s consistent. Dependable. Timeless. Serene. Western South Dakota may still acknowledge the grid that helped to articulate the range and township system promulgated through the Land Ordinance of 1785, but the rugged topography prevents the sort of rigid adherence to the huge squares that we witness whenever we fly over Oklahoma, Kansas, Missouri, Illinois and northern Indiana (among many other states). As locals have told me, east of the bisecting Missouri River, South Dakota is a Midwestern State, but on the other side, it is clearly part of the great West.

I don’t imagine it would be too easy to find a sign such as this in eastern South Dakota. 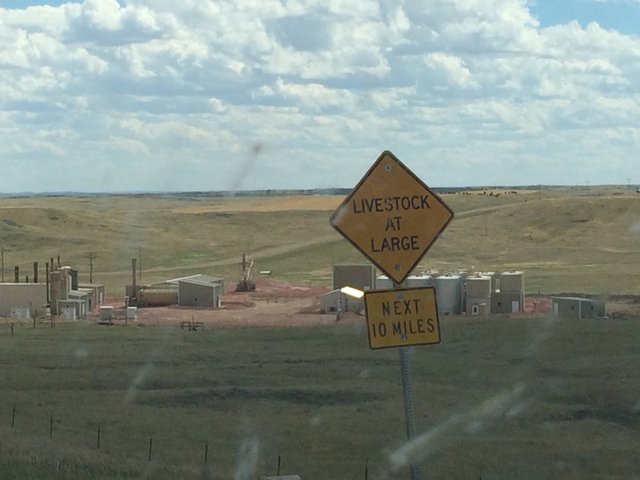 But in the far northwest corner of the state (near both the North Dakota and Montana borders) it’s commonplace. Ranches are so vast and vehicular traffic so rare that the cattle get to roam unfenced across the mostly dirt roads that cut across the huge ranches. Elsewhere in this corner of the state, though, is the sign I found most amusing: 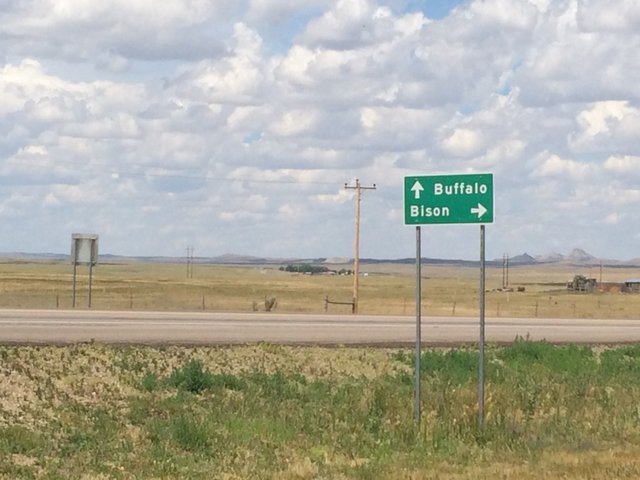 Sure, it’s another you wouldn’t likely see east of the Missouri River, but it bespeaks the character of the area that we encounter municipalities referring to two very similar animals, apparently in close proximity to one another. (Or, at any rate, they’re close by South Dakota standards; a 55-mile distance isn’t so bad in a part of the state that averages half of one person per square mile.) It also bespeaks one of the most common American misnomers since we conflated Creoles and Cajuns, or Pennsylvania Dutch and Amish, or—more appropriate to this part of the country—Indians and Native Americans. But at least those six ethnicities actually exist in the US. In order to encounter an actual buffalo in America, you’d have to go to a zoo—or another continent. As this article indicates, early settlers confused the large, bovine animals they saw with the Cape or Water Buffalo, but the Bison bison of North America has more characteristically bovine horns, compared to the sweeping arc of the actual buffalo present in Africa. So while both “Buffalo” and “Bison” aptly convey the fauna we expect from the prairie, only the latter is the correct name. In other words, we’re unlikely to find any buffalo in the land “where the buffalo roam.”

But then, I haven’t yet seen any bison out here either. Hope springs eternal.

8 thoughts on “Still on the grid…just a little looser.”