Safety with a sneer.

Instructional signage may seem like a pretty dry subject, but scattershot evidence across the country suggests that creativity and even whimsy isn’t completely verboten. Just check this roadside admonition along Lake Avenue in Manchester, New Hampshire: 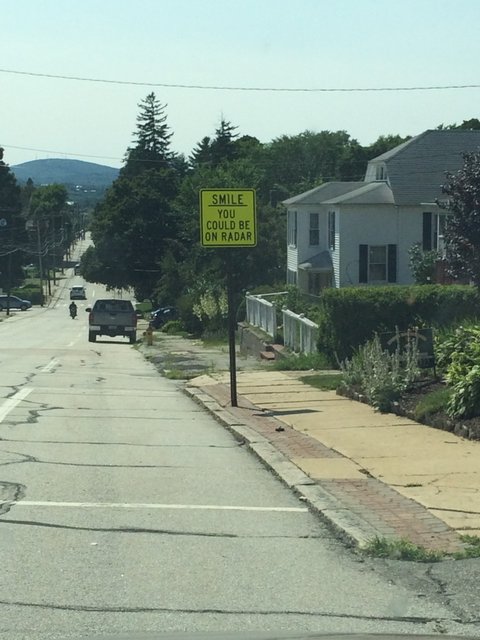 It’s not the only one. A bit further down, we get this: 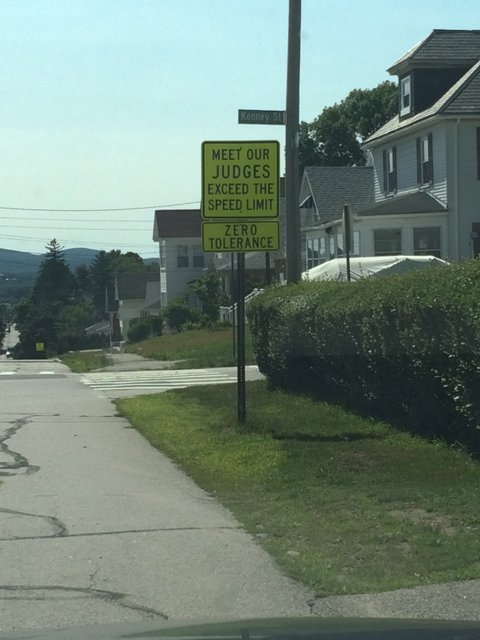 Another block or so to the west, they warn us yet again: 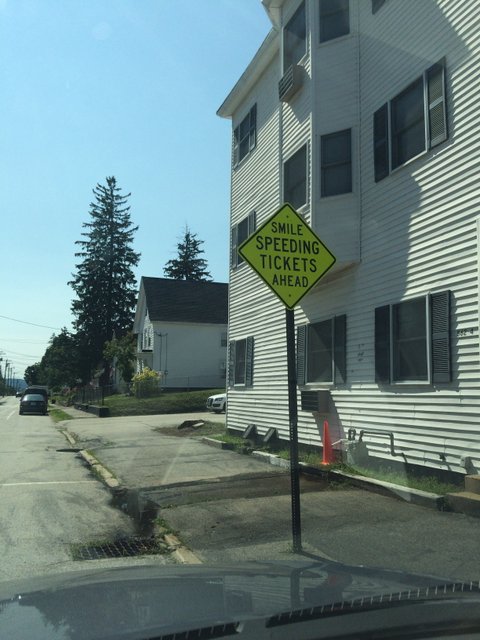 Okay, so they demand a smile without ever really being funny. But that may be the point. Too humorous and the average motorist might wonder if the signs are serious. Regardless, why would someone need to smile for radar? It doesn’t matter. Radar is the key word here: they’re out there monitoring your speed. And by choosing an unconventional method to get the message across—but not so farfetched that it sounds ridiculous—the average driver will absolutely know it’s serious.

Truth be told, this may be the optimal approach, even if that middle message (the “meet our judges” one) is a bit of a head-scratcher. Look at the middle photo, or—better yet—check out this Google Street View.  Lake Avenue is not a very wide street: really only one cartway, and on-street parking on either side. Most of it is one way westbound, and, as this map indicates below, it’s a primary method of getting from the eastern suburbs, starting at Hanover Street, over to the south side of downtown Manchester and the busy Verizon Wireless Arena. The street is east-to-west, right in the middle of the map. 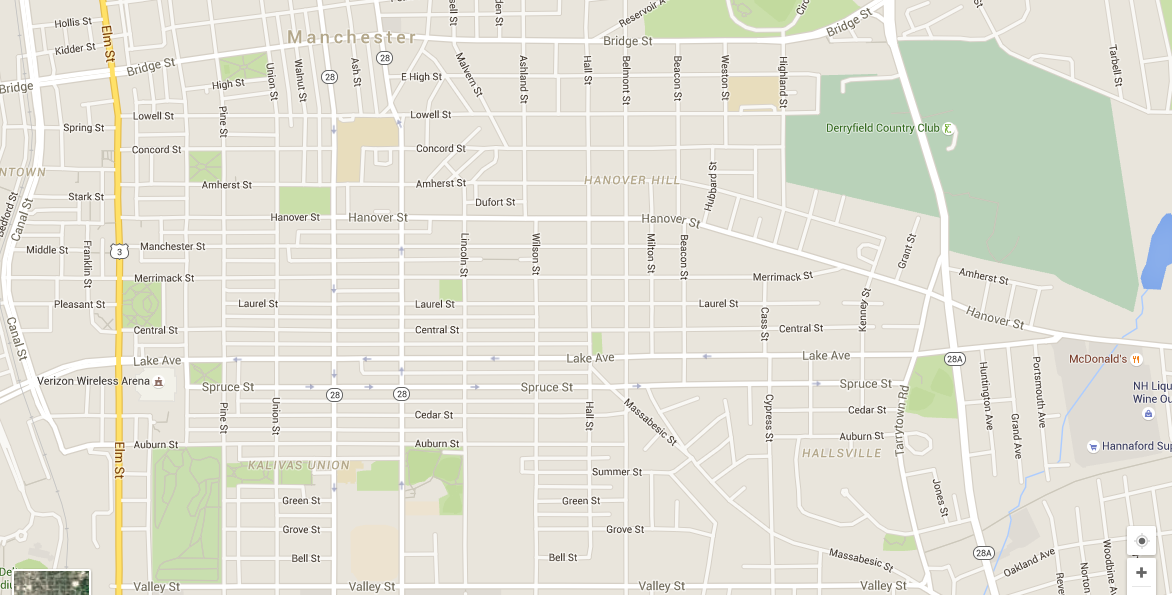 In other words, the street most likely receives pretty substantial vehicular traffic, particularly after major sporting events or during peak rush hours. The fact that it is one way only prompts more motorists to speed. Yet, by and large, it’s a local road at heart, and nearly all the properties that front it are single-family homes.

The whimsical road signs are the best remedy to a quality-of-life problem. In most instances, I would expect to see some form of traffic calming, probably in the form of speed bumps. Lake Avenue has none. As effective as speed bumps are at forcing motorists to decelerate at key locations, the impatient driver routinely reverts back to an excessive speed in between each one of the humped chokepoints. And speed bumps can be disastrous for emergency vehicles, which also must slow down to make it past—a prospect that can mean life or death in certain rescue situations. Lake Avenue is probably just as crucial of a collector street for ambulances, so it behooves no one to punish potentially lifesaving operations.

The signs, therefore, appear to be the best solution. That they manage to be a little snarky may just give them that indomitable New England caustic edge.   You may not smile, but it’ll keep your hands at ten and two, and you’ll most likely ease up on the accelerator.

PrevA suburban hand in an urban glove. But does it fit?
Potty protections.Next

4 thoughts on “Safety with a sneer.”