A suburban hand in an urban glove. But does it fit?

On the western edge of Boston’s Back Bay Fens, a stone’s throw from Fenway Park, the Landmark Center stands prominently; as both the tallest and broadest building in the area, particularly when viewed looking eastward from across the fens, it lives up to its name. 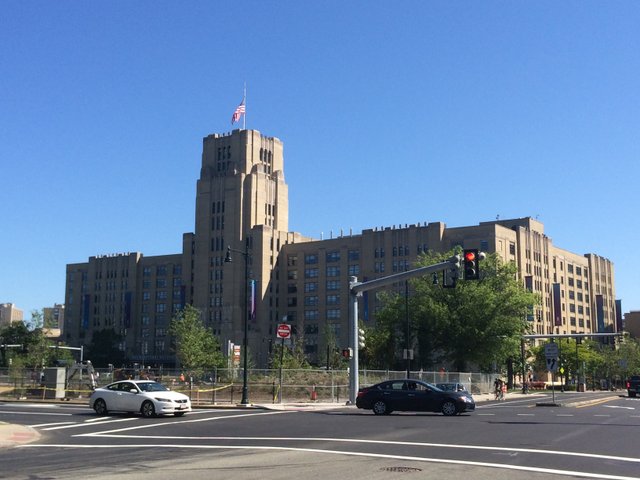 Monumental as it may be today, the massive structure didn’t always win such favor in the eyes of Bostonians. Since its completion in 1928, the building served as a distribution center for Sears until its closure sixty years later, at which point the company vacated the property. The Sears Roebuck and Company Mail Order Store sat in limbo for many years, under mounting threat of demolition, until developer The Abbey Group partnered with architects Bruner/Cott to redevelop the property in the late 1990s. The resultant Landmark Center retains the appearance and character of the building from its days as a Sears warehouse, but it underwent a complete repurposing: now it hosts offices on the upper floors and a variety of retail options on the lower levels. 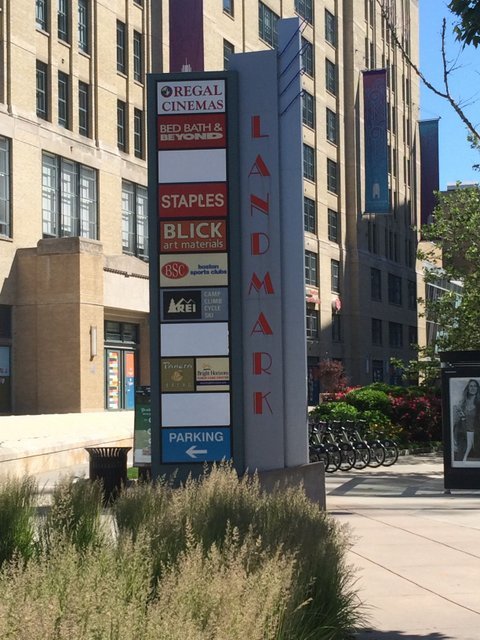 Virtually all the tenants at the Landmark Center should be familiar; they’re all national chains. But they aren’t just any chains: places like REI, Bed Bath and Beyond, Regal Cinemas, Staples and Panera Bread are also the sort of outfits one expects to see off the side of a six-lane highway, thick within suburbia. But here they are, just two miles from Boston’s downtown.

By no means is Landmark Center the only redevelopment to entice conventionally suburban big box stores to an urban setting. In fact, in the larger cities across the country, it’s quite common. A number of innovative projects in Manhattan have proven successful at meeting a demand among urban dwellers for the sort of retail amenities and discount prices offered through brands like Target, Kohl’s, and Best Buy. Many Manhattanites lack cars, and it would be highly inconvenient to venture out to Long Island or New Jersey to meet routine shopping needs. Developers determined that a similar market exists in the heart of Boston. Just a few blocks down from the Landmark Center, a multi-story Target presides over Boylston Street. 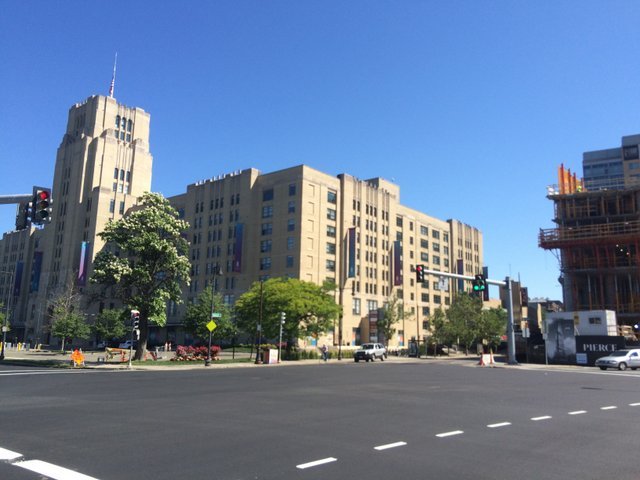 In most respects, Landmark Center has proven a remarkably resilient adaptive re-use. The redevelopment took a structure with a floor-area ratio akin to urban settings, then reconfigured the interior so it was more amenable to retail tenants accustomed to spreading across numerous acres, all with abundant surface level off-street parking nearby. It’s a success both architecturally and in terms of property management. But, in 2016, not everything is as rosy as it was a decade ago. The tenant list harbors more than a few white squares—vacancies. Just look at that sign from the photo above.

To be fair, tenants always come and go. All you have to do is look at the Google Street View of this sign to see how it’s changed over the years. But some recent departures may smart a bit more: LongHorn Steakhouse closed last year for unspecified reasons, a rarity for a particularly successful brand within the Darden Restaurants, Inc., portfolio, whose other high-profile establishments include Olive Garden and (until recently) Red Lobster. As recently as two years ago, these two larger restaurant chains were floundering to the extent that Darden shed the latter. While Olive Garden’s outlook has improved considerably over the last six quarters, LongHorn Steakhouse never really ebbed, so its departure from Boston’s Landmark Center remains surprising.

Even more alarming, though, is the departure of a much larger tenant: Best Buy. While Best Buy also has faced its share of woes in sync with many other electronics retailers, actual store closures have been rare. But in 2014, the Minnesota-based company announced a decision to retreat from its lease prematurely, after twelve years at the site.  And its absence at the street level is glaring. It was one of the largest tenants. 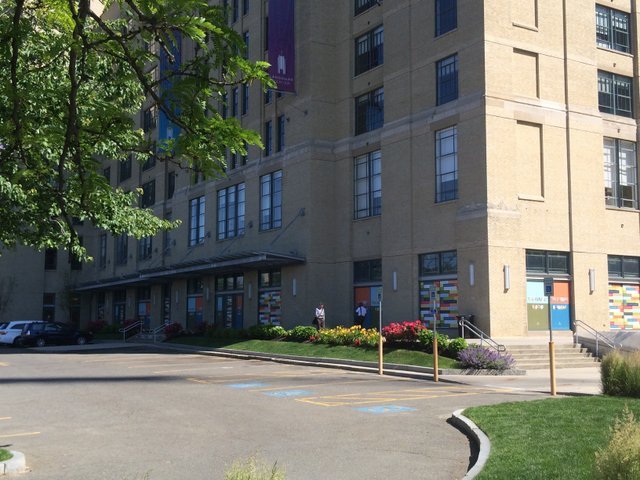 Meanwhile, concurrent with Best Buy’s exodus, long-term local chain Fresh City also cancelled its lease early. If this Best Buy sat in an underperforming area, a region with declining income density, or thinning population, the departure would be understandable. But it’s not—the district is visibly growing and is probably in the top decile of Best Buys for nearby population density. 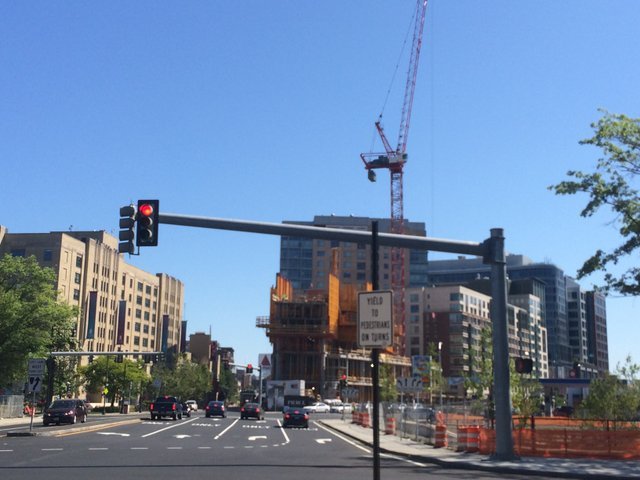 And, just a block or two away along Boylston Street, high-rise apartment and condominium buildings are springing up left and right. Clearly the conveniently situated neighborhood isn’t lacking in appeal.

So why did Best Buy Leave? According to the Boston.com article, it faced challenges regarding market saturation, as well as perceptions of excessive crowds and scant parking, particularly tied to its proximity to a major location like Fenway Park. The fact that patrons fail to spot easy parking for a venue like Best Buy, which customarily boasts an enormous parking lot, requires a cataclysmic perception change—one that not everyone is willing to tackle, even if the signage for parking is abundant and elegant. 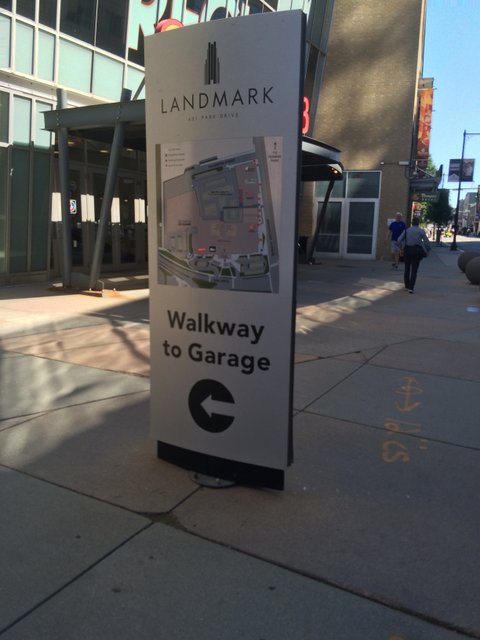 But one reason from the article caught my eye in particular: “a loading dock that is not connected to the store itself”.

While redevelopments in urban settings often ruminate on how to accommodate a clientele with a broadly suburban mentality, they haven’t always been as nimble at adapting for their credit tenants. Many big box retailers owe their prosperity to cheap land in the periphery, where it’s about more than the customer parking: all that extra space also equates to logistical convenience, abetting greater volumes of loading and unloading merchandise in condensed time frames, ultimately allowing the Best Buys and Bed Bath and Beyond to pass the savings induced by economies of sale onto their customers. I remember learning once that the bar code scanner may be the single subtlest revolution in how we shop, because it allowed quick, efficient inventories of bulk shipments with just the press of a button. No matter how well integrated or convenient the parking might be—heck, a site like Landmark Center overwhelmingly shelters its spaces from the elements—it still struggles to confer those same benefits to the delivery trucks. In all likelihood, this either prevents the stores from offering the same prices they might boast at a more automobile-oriented setting, or it forces them to elevate the prices to maintain a comfy profit margin.

Additionally, that convenient parking comes at a cost, and while $7 for an hour may not seem bad by much of central Boston’s standards, it’s steep compared to the free spaces in the burbs, or even the power center in the nearby neighborhood of Dorchester. While many of the consumer electronics sold at a Best Buy are easily portable, the higher profit margin comes from items like TVs or appliances, which are fundamentally impossible for pedestrians in the pedestrian-rich Fenway area to tote along. At its core, Best Buy earns its bread and butter through merchandise that requires a car to pick up.

What results from all these considerations? 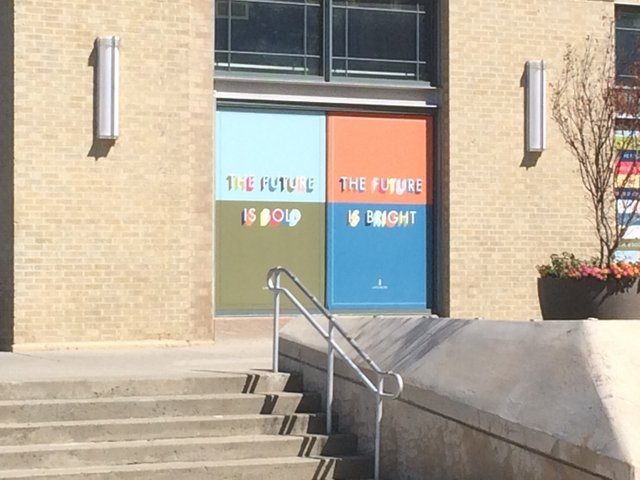 Best Buy skips town. Fortunately for the Landmark Center, an auspicious new tenant is waiting in the wings. According to the aforementioned Boston Business Journal article from last summer, the eclectic grocer Wegman’s is planning on opening its first location in the space created by the combined vacancy of Best Buy and LongHorn Steakhouse—the first Wegman’s in central Boston. While this beloved northeastern chain typically prefers locations in suburbia, the Landmark Center may offer the right combination of population and high incomes to support it. And grocery stores typically adapt more comfortably to impulse buys or pedestrian traffic than a major electronics chain. It helps that The Abbey Group plans to expand considerably on the property, replacing much of the above ground parking garages with more apartment towers and retail; replacement parking will go underground. Apparently the developers have decided that density is the optimal compensation for any logistical snags.

Even amidst its minor (and seemingly short-term) setbacks, the Landmark Center distinguishes itself as a triumph of adaptive re-use, and a bold champion for successfully shoehorning a suburban retail typology into a more urban configuration. It will remain a proud Fenway emblem for years to come. It recently secured two more health care tenants to replace Blue Cross Blue Shield. The forecast of its retail tenancy is murkier, but that may have far more to do with the ailing retail culture nationally than deficiencies in the Landmark Center itself.   And even if this proud old Sears building loses its anchors, the same thing is happening in suburban settings everywhere. At least the Landmark Center still looks a whole lot better than a shabby blank box in Dedham.

PrevIf a tree grows in Brooklyn, then Queens can claim an entire garden.
Safety with a sneer.Next

7 thoughts on “A suburban hand in an urban glove. But does it fit?”