A little while back, in a meticulously photographed post on the blog Urban Indy, I noted many emergent urban main street corridors that fall short of their full potential for a single simple reason: they can’t secure the optimal types of tenants. It was a challenging post, because I felt like I was taking two broad swipes. First, to some respondents, it seemed that I was knocking Massachusetts Avenue as whole, which had already made great strides in transforming from Indy’s Skid Row in the 1980s to a pretty active mixed-use corridor (and it has improved considerably since 2013). Secondly, I criticized the type of tenants that I felt were unnecessarily hogging first-floor space: the law firms, insurance agents, architecture, realtors, and so forth—using storefronts that should go to retail.

Three years have passed, and the fundamentals to my argument remain valid, in my opinion. Not only do such law offices and accounting firms fail to capitalize on the expansive windows of that a main street like Massachusetts Avenue in Indianapolis has to offer (or any other main street for that matter), their operating hours are antithetical to the times when entertainment-based main streets thrive: evenings and weekends. And even during the regular business day, keeping those curtains open confers no benefits; it probably just creates annoying glare for the workers on their computers inside. A commercial main street that depends too heavily on these white-collar services is unlikely to attract the pedestrian traffic that one might expect if the tenants are mostly retail, or other options that offer clear sensory stimulation through the windows (restaurants, salons, escape rooms, tasting rooms). Obviously a truly diversified neighborhood needs law and insurance as much as any other services, but they can flourish just as easily on the second and third or nineteenth floors of office buildings. So why do we continue to see accounting firms occupying storefronts at pedestrian level? 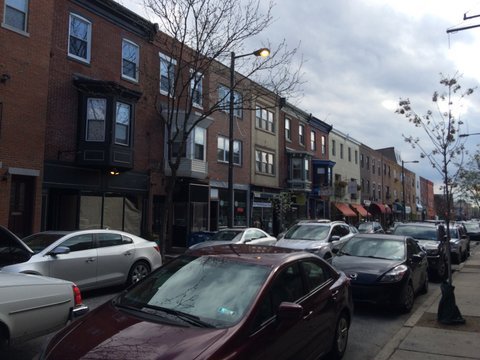 When I was a student in Philly a little over a decade ago, this main street—only one northbound lane for the most part—was tired and neglected, hosting shops that were never in fashion even back when their kitschy signs were new. (I blogged about the infamous King of Jeans store a few years ago when the sign finally came down….several years after the store itself closed.) What else did East Passyunk offer? Locksmiths, school uniforms, discount clothing, tax preparation, undistinguished pizza parlors. The mostly Italian-American neighborhood was by no means blighted, but the corridor was hardly the lifeblood it once might have been. Today, it’s a completely different story. 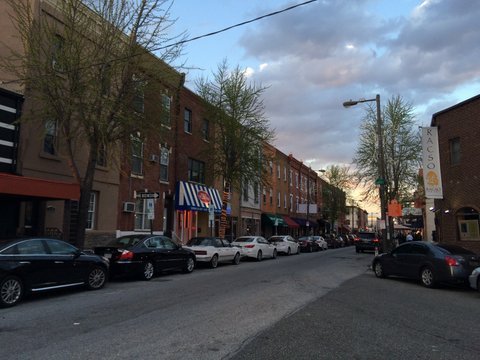 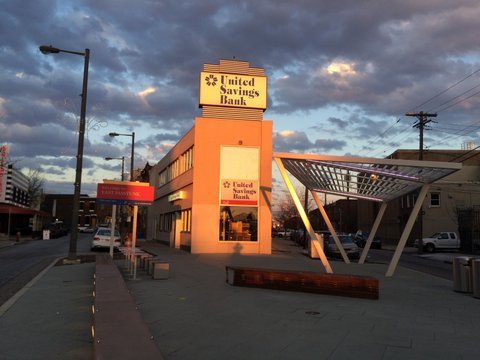 It’s one of the hottest neighborhoods in Philly, and a key factor in its appeal are the shops along this old trolley corridor—and originally a Native American trail—at a jaunty angle from the rest of South Philadelphia’s strict grid. This atypical configuration results in a fair number of three-way intersections for East Passyunk, as well as some micro-plazas created from the residual triangles left when three streets don’t align perfectly. 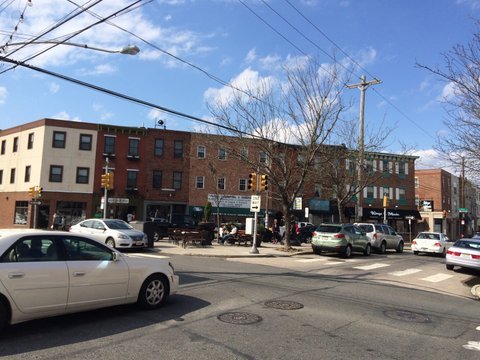 I’ve covered this neighborhood multiple times in the past, and upon each visit, the visual signals of old South Philly appear increasingly scarce, replaced by fashionable restaurants, mini-grocers, and other specialty shops. And now, it appears even the decades-old “A Man’s Image” is preparing for closure. 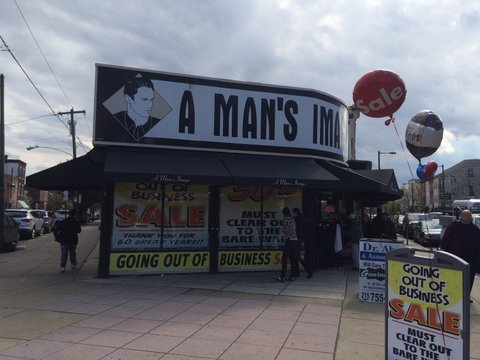 Not only do retail corridors such as East Passyunk offer the most potent visual evidence of gentrification, they help galvanize it. Median home values in the formerly modest neighborhood have tripled in the last decade, and every month or so, another old-time storefront bites the dust, replaced by awnings and signage that manifest the much deeper pockets among newcomers. At this point, the juxtaposition of old and new is still obvious. 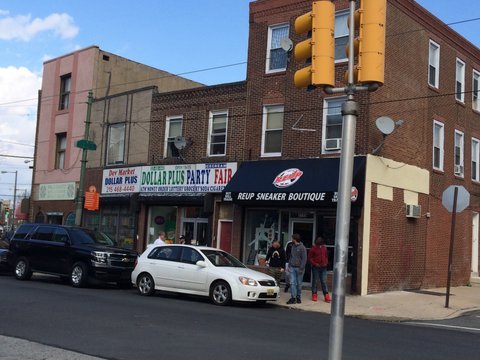 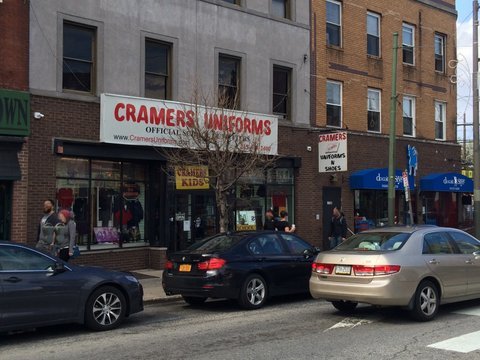 Until recently, East Passyunk seemed to have the national market cornered on school uniform shops. They’re still abundant but not quite as ubiquitous as in the past. I suspect they’re a byproduct of the many stable Italian-American families in the area, which, though rarely wealthy, still saved enough coin to avoid Philadelphia’s troubled public school system by enrolling their children in one of the neighborhood’s numerous Catholic schools that still mandate uniforms. (Then again, don’t most public schools require uniforms as well?) Regardless, these old vendors of tasteful apparel stand cheek-by-jowl with hip cafés today. 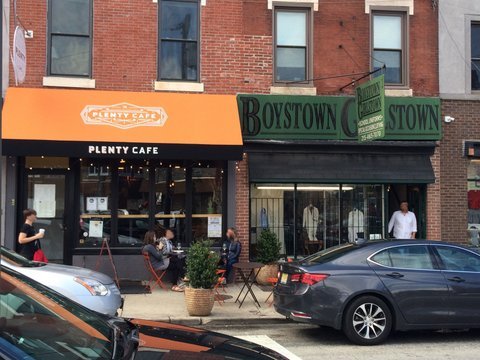 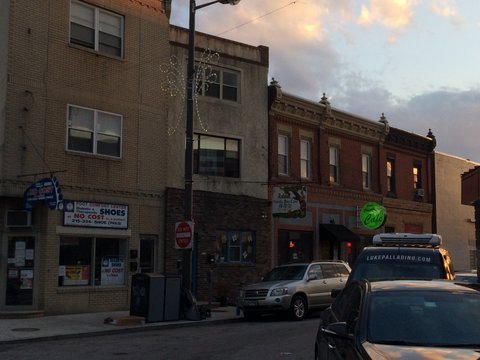 The transformation of East Passyunk is likely to continue unabated, with costly, customized signage replacing the sun-blanched placards from days of yore. Most of the new merchants clearly target a demographic with considerable disposable income, and these tenants strive to enhance the foot traffic through carefully cultivated window displays, al fresco dining, or even a complete reinvention of a façade, like this fashionable newish restaurant: 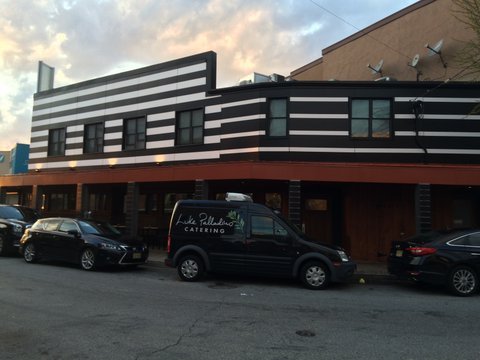 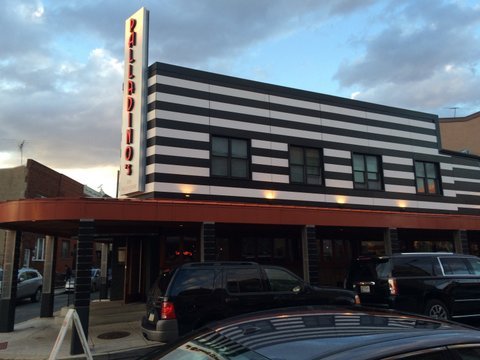 But not every new tenant is primed to help East Passyunk return to its glory days as a vibrant corridor. As is the case along Massachusetts Avenue in Indianapolis, several of the tenants don’t quite fit as comfortably into the mix. 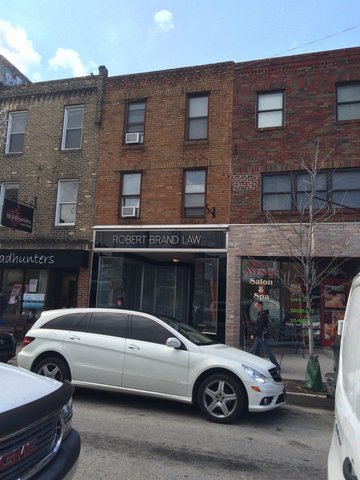 That’s right: it’s a law firm. And not, surprisingly, on a Saturday afternoon, when most of Passyunk is bustling, it’s closed. 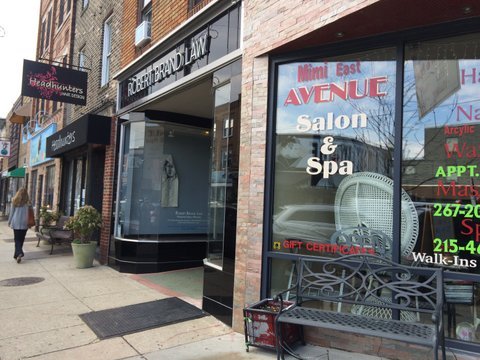 Robert Brand Law embodies the predicament of wedging contemporary consumer culture in an urban form from yesteryear. It takes no amount of scrutiny to deduce that this law firm occupies a storefront originally designed for retail. Just look at those display windows. 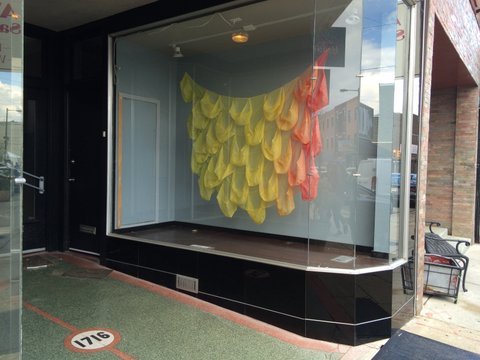 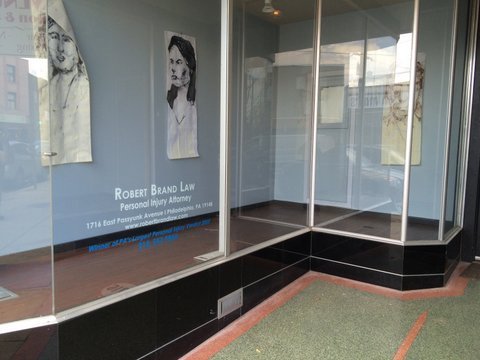 But what in God’s green earth is a law firm supposed to do with them? This office decided to place some art installations—because, obviously, something is better than nothing. But it’s a good twenty square feet of underutilized space, because sidewalk appeal clearly isn’t how a law office attracts new business. Nonetheless, this firm decided it wanted to occupy a first floor storefront along this prominent urban main street.

And who am I to begrudge Robert Brand and his staff? They have just as much right to a storefront as anyone else. But if the firm truly depended on visuals to lure new business, it would have come up with something a bit more arresting. After all, leasable space along Passyunk in this day and age cost serious money. Yet, despite the comparatively drab presentation, Robert Brand Law has apparently earned recognition for its artistry: 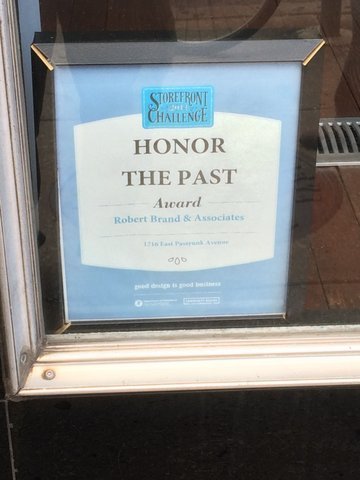 I have to give them credit: the lettering above the doorway offers a solid mid-century modern revival. 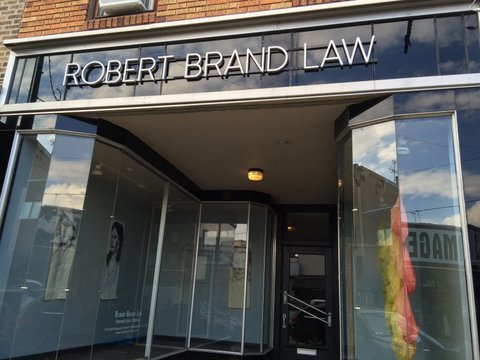 And the neighboring storefronts aren’t likely to win any awards for that matter: 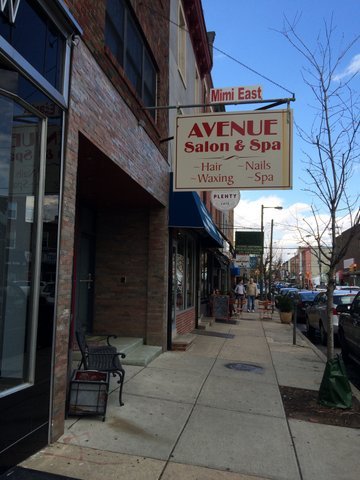 But at least they’re open on Saturdays. Truth be told, much of the retail mix along East Passyunk hasn’t happened quite as organically as one might think. The East Passyunk Avenue Business Improvement District has wielded tremendous influence. While the average Business Improvement District (BID) exacts modest fees from business owners within its jurisdiction to help promote, maintain and unify the streetscape, East Passyunk has deeper pockets and literally redevelops by buying the aging buildings, refurbishing them, then selling them to the tenants it feels are optimal for elevating the aggregate value of the corridor. My suspicion is that East Passyunk BID has helped harness what it sees as reliable prospective tenants who provide as diverse an array of goods and services as possible. The BID aims to minimize periods where storefronts are tenantless, which means that well-leveraged operations such as law firms may not dazzle the eye or add much vibrancy on a weekend, but they help contribute to the main street’s overall business saturation. What the BID has achieved is particularly remarkable in that, to this day, East Passyunk has no national chains that I’m aware of—not even a Starbucks. Quite surprising, considering that chains are often most likely to afford these escalating rents. 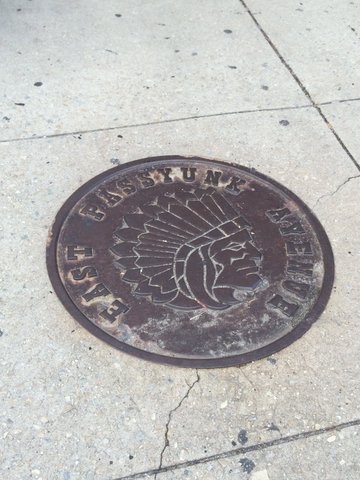 And, to the credit of East Passyunk BID, one other factor failed to emerge from my initial criticism of FIRE (finance, insurance, real estate) businesses taking prominent storefonts: retail is in dire straits. None of my respondents on the original Urban Indy article managed to recognize how difficult it is to run a business selling durable goods from a storefront in this era of online shopping. Nor did I. But this challenge explains why truly great novelty commercial streets—like Passyunk Avenue and, to a lesser extent, Massachusetts Avenue in Indy (which does have a Starbucks)—must attract whatever they can to fill the vacancies. Despite the manifest renaissance of urban America, it isn’t flourishing as a carbon copy of the old main street from 1920, when everyone ran their most utilitarian errands on streets like Passyunk. The thriving modern main street is more leisure-oriented and a lot more epicurean. More patrician too. Restaurants are a surefire bet in this foodie scene; so are salons and spas. But apparel? Specialty gifts? Increasingly hard to find. Meanwhile, the restaurants and salons that succeed—all while keeping good weekend and evening hours—are fundamentally service-oriented establishments. Just like the white-collar insurance agencies, accounting firms, architecture. And Robert Brand Law.