Hate your neighbor? Groom your hedge.

Posting has been somewhat sparse the past few weeks, since I’ve been out of the country and have limited access to the internet, as well as limited time to write. But this time overseas has prompted me to pull out some older photos from a previous trip abroad. 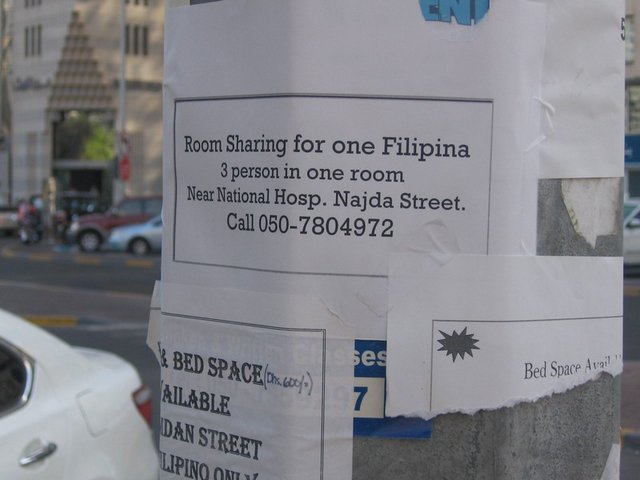 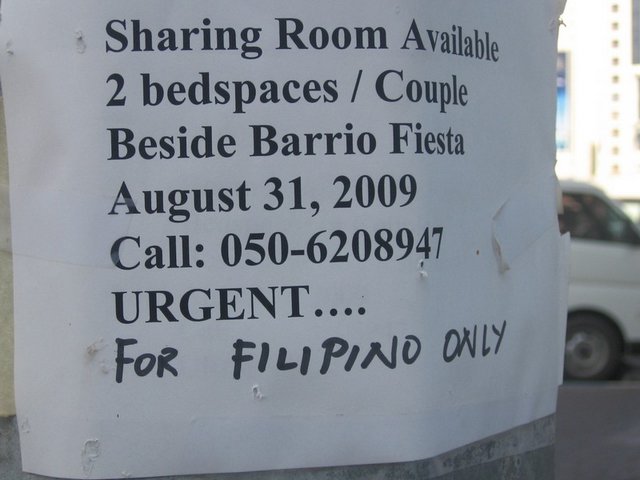 I spotted these notices taped to some utility poles all within a short distance of one another. Can anyone guess where they some from? I’d be happy to throw a mackerel to anyone who answers “not the USA”, though the first two sentences of this post already make that a dead giveaway. Beyond that, it would be hard to pinpoint exactly where these are, so maybe a few photos of the environs might help. 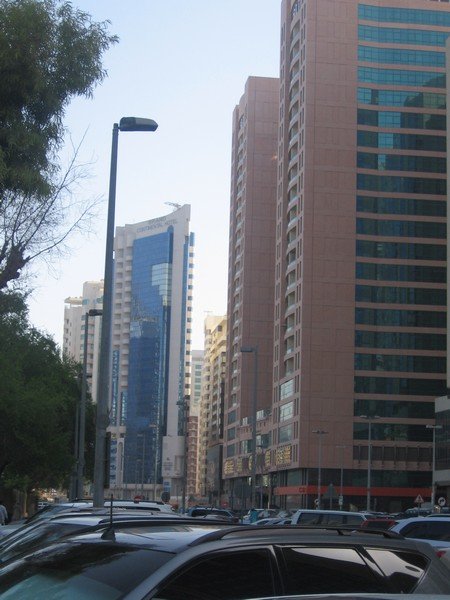 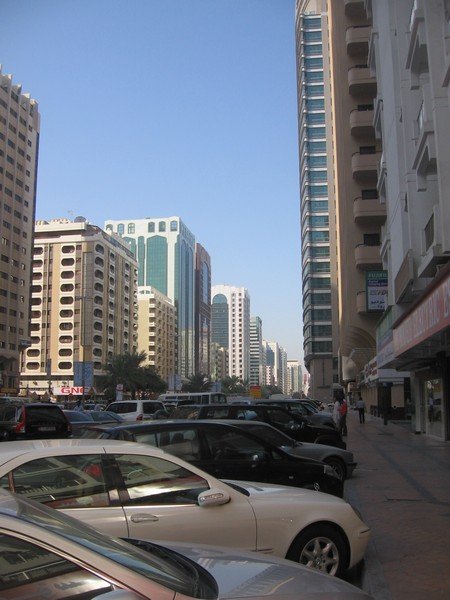 But they probably don’t. It looks like it could be a downtown anywhere. The only real giveaways I can think of (for people attuned to this sort of thing) is the redundant design of the buildings on the left side of the street in the background of the second photo, and the higgledy-piggledy parking common to both pics.

Any final guesses? It’s Abu Dhabi in the United Arab Emirates. But, far more important than where it is is where it isn’t: the USA. Why? Those want ads would rest on a slippery legal slope, challenging the applicability of the Civil Rights Act of 1968, better known as the Fair Housing Act. This act forbids discrimination of any sort that would inhibit access to housing to key protected classes: originally race, color, national origin, religion, and sex, though an expansion of the Fair Housing Act in 1988 included individuals with disabilities and familial status as well. Any person posting such a listing runs the risk of litigation in the US.

An informal posting on a utility pole is unlikely to rouse any fair housing nonprofits, even in the US. However, any individuals or companies that seek to lease out housing and, in so doing, define the permitted tenant by immutable characteristics associated with the protected classes listed above, could get themselves in trouble. Craig’s List, which has become the de facto online repository for classifieds, has an entire page devoted to The Fair Housing Act and exactly the type of postings it will strike down immediately if it finds something unlawful. Because Craig’s List is now ubiquitous in the US, it must also remain mindful of state and even municipal fair housing laws, which can expand upon the aforementioned federal protected classes, thereby restricting even more overtly what people can do when it comes to housing.

The ads on the pole in Abu Dhabi might still pass legal muster in the US, because they both articulate the desire to seek a Filipino roommate, not a tenant in a separate apartment. The best rule of thumb is the catchphrase “You can choose where you want to live, but you can’t choose your neighbor.” In the advertisements depicted in the Abu Dhabi photos, the individual is seeking a roommate to share the space, and, presumably, the lease—which differs considerably from a landlord seeking a tenant. Quite simply, a landlord who insisted on a Filipino tenant, or, for that matter, who overtly refused to consider a Sri Lankan, an individual with Mediterranean complexion, or an African American, would be breaking US laws simply by advertising in a way that discriminates against national origin, color, or race, respectively. Here’s another ad, just a few feet away from the other two in Abu Dhabi, which discriminates against yet another protected class: 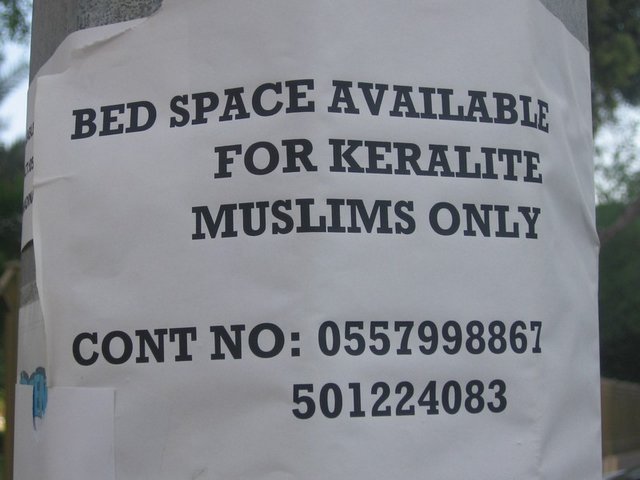 Again, this is Abu Dhabi and not Ashtabula, Ohio. And these are advertisements seeking roommates, who presumably will be sharing kitchen, restroom and possibly even sleeping quarters. The courtrooms have made exceptions when it comes to roommates, recognizing that a person has a legitimate interest in specifying certain characteristics when seeking a stranger to share actual living quarters, particularly when it comes to discriminating by sex. But the more stringent courts have generally only allowed this exception when it comes to choosing the sex of the roommate—they have not always favored the discriminating advertiser on matters of religion (“seeking a Christian roommate”) and have nearly always deemed that advertising against certain races constitutes a violation (“must be white or Hispanic”). To play it safe, it is best simply to avoid public advertisements that specify any of those characteristics that link with protected classes, instead focusing on certain behavior patterns (for example, “roommate/tenant must be non-smoker, vegetarian and should expect to help in household cleaning”). The federal Fair Housing Act articulates one further exception, usually called the “Mrs. Murphy Exemption”, which does allow a landlord to discriminate for apartments of four units or less, if he/she is a full-time resident in one of the units. As is the case with the various protected classes, some states that have expanded the reach of fair housing have reduced the applicability of the Mrs. Murphy exemption, or they have eliminated the exemption altogether. The website listed above provides reasonably up-to-date details on state-by-state provisions.

Since I’m not a civil rights attorney, it’s probably best that I not go into any further detail on the nuances of discriminatory advertising, nor the exceptions to what constitutes illegal discrimination. But it would only be fair to conclude that seemingly innocuous signs like these could fall under escalating scrutiny in the US, since the Fair Housing Act isn’t likely to weaken in its scope or enforceability. In fact, in June of this year, quite the opposite happened, when the Supreme Court favored a non-profit affordable housing provider in the landmark case Texas Department of Housing and Community Affairs v. The Inclusive Communities Project, Inc. This case received somewhat muted media coverage amidst the SCOTUS rulings on gay marriage and the Affordable Care Act, but its impacts are likely to be just as far-reaching. Fundamentally, the Inclusive Communities decision covers “discriminatory effects”, also known as “disparate impacts”, which indicate that a municipal government using zoning or other laws with a goal of promoting a legitimate public purpose could still be violating the Fair Housing Act, if the said law exerts discriminatory effects on any one of the protected classes, regardless of its intent. In Texas, a non-profit affordable housing advocacy group sued the state’s housing authority because it was concentrating federal grants to construct new affordable housing in certain census tracts—namely, those which already had a higher rate of poverty and affordable housing. The State argued that its goal was to re-invest in long neglected neighborhoods with dilapidated housing, but the nonprofit argued that this effectively placed the protected class of racial minorities (the primary clients of affordable housing) in a discriminatory position that disproportionally concentrated them on one side of town in an otherwise mostly white, affluent Dallas suburb. What does this mean at a national level? Essentially, even if a policy is not facially discriminatory but still perpetuates patterns of discrimination (i.e., a “disparate impact”) through an unintended consequence of the policy, it could still violate the law. A more detailed description of the Inclusive Communities Supreme Court ruling can be found here.

I suspect we will see broader spatial implications of both the Fair Housing Act in general and the recent SCOTUS decision in the years ahead. And casual “ROOMMATE WANTED” or (particularly) “TENANT WANTED” listings on the side of streetlight poles will be virtually unheard of. But not the ones in the photos above. That’s up to the Crown Prince of Abu Dhabi and his advisers to decide what constitutes discrimination within his emirate.

PrevProvisions for our peccadilloes.
Passing the bar exam with flying colors.Next