Provisions for our peccadilloes.

Virtually every top-down policy yields a bottom-up response. And is there any policy out there that isn’t to some degree top-down, at least in the nature of its implementation? This isn’t rocket science, but if we learned from the undesirable consequences elicited by well-intentioned policies, we may be far charier to legislate.

But then there are the facially neutral responses to policy, which illustrate perfectly how far-reaching a new law or policy can be. These responses are malicious or retaliatory, nor do they involve any sort of gamesmanship or chicanery. They’re simply the predictable response when a greater power imposes a barrier, much the same way an ant finds the next best path when an omnipotent human blocks its path with a pencil. A perfect example of this stimulus/response stands just a few miles from where I grew up, in Indianapolis: 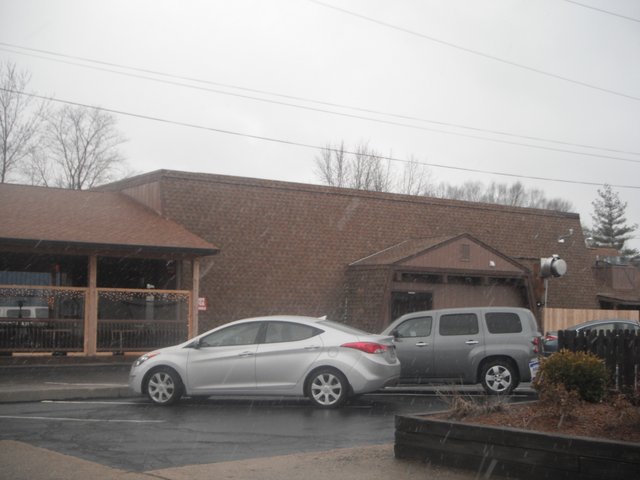 I’ve never been to The Party, but it has operated at this same location on Madison Avenue for as long as I can remember. It’s so plain and nondescript that I probably went past it regularly for a decade before it even registered in my mind as a business. It almost seems like it doesn’t want to be known, as if its long-established clientele is good enough that it doesn’t need to attract the eye in any way.

But at one point late in the year of 2012, it began to stand out. The extension with the gabled roof went under construction—a brand new expansion from the original building, with the mansard-like roof, more prominently visible in this photo: 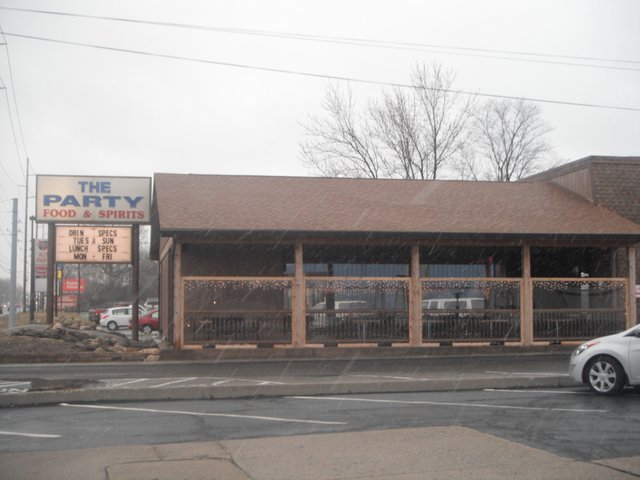 A Google Streetview shows how the restaurant looked in 2012, before the expansion.  Why did The Party expand? My speculation is that it was less about the interior and more about the large deck visible in the first photo, fully under protection from the elements by the overhanging roof. These photos, taken in the late winter of 2013, obviously don’t capture the deck in use, but a few months later, with warmer weather, the deck would serve as a respite from a law that prompted the entire construction in the first place: the 2012 expansion of the smoking ban to all public facilities.

The Party knows its customer base, and its base almost undoubtedly likes to smoke. By building the overhangs that shield the deck from the rain and some wind, the owners found the sweet spot within building codes but out of reach of the smoking ban–a spot that allows them to provide considerable seating in a comfortable environment, but it doesn’t count as an enclosure or interior, to which the ban would apply. I suspect that, even on relatively chilly nights, some well-positioned heat lamps would keep things comfy for the puffing patrons, which should offer sufficient seating without violating the laws that restrict smoking to a certain distance from an entry door.

Other bars around Indianapolis attempted to fight the smoking ordinance through class action lawsuits. The Party invested in capital improvements. While not every bar and tavern affected by the law has the money or the space to expand—and many of the litigants were more urban-oriented bars with clear physical constraints—at least The Party has something to show for itself in its solution. Most land use laws (which is fundamentally what the 2012 ordinance was about) result in physical construction that capitalizes on the most conspicuous loophole.

The one irony to The Party’s decision to build a smoker’s refuge is its location: while it’s just the right-sized parcel suitable to allow for a loophole, it also sits right on a municipal boundary. On the other side of Madison Avenue is the tiny City of Southport, an enclave fully surrounded by Indianapolis city limits and almost completely autonomous (though its citizens can still vote for City-County Councilmembers). Southport does not have a smoking ban. Incidentally, in 2012, it didn’t need one: not a single establishment was affected by the law, since Southport lacked any taverns, bars, or any of the handful of establishments affected by the ban. But it or any other bar could locate within the city’s .63 square miles and effectively allow smoking among customers…pending a liquor permit. Gotta check the local ordinances for that one as well, and then build to circumvent those regulations.