Putting runoff in the crosshairs.

While it may seem self-evident that unusual, off-kilter, visually distinctive environments are the most fertile grounds for experimentation, this isn’t always the case. Take this one: 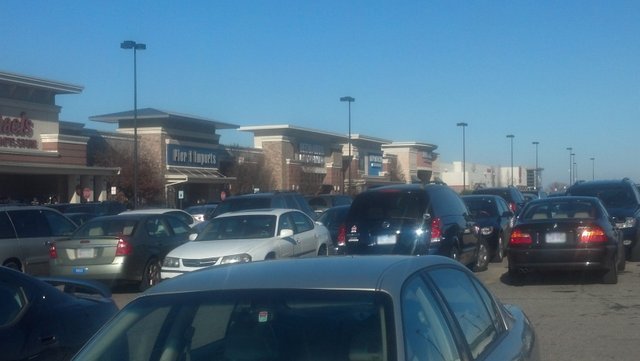 In most respects, it’s a pretty run-of-the-mill shopping center—a “Power Center”, to use the correct retail brokerage lingo—called Fairlane Green, in the western suburb of Detroit known as Allen Park. National chain big-boxes flank familiar smaller names, peppered with free-standing outparcels and—always the clincher—copious amounts of free parking. But, amidst this seemingly mundane landscape, something emerges that seems a bit off: 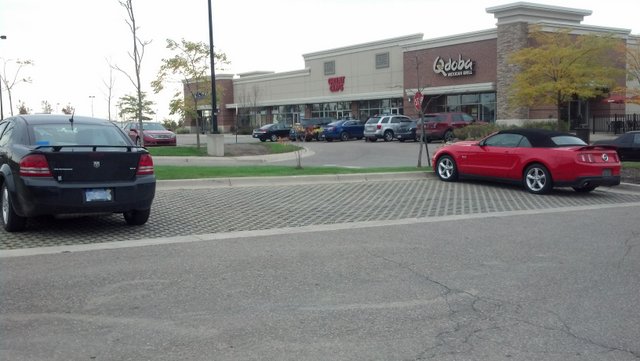 Can’t quite tell? Look at the surface upon which those two cars in the above photo are parked. It’s not any conventional pavement, even though the path leading to the parking spaces looks much more typical. Up close, the distinction between the two surfaces is striking. 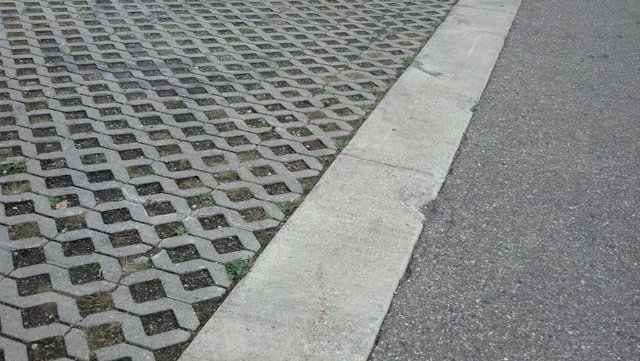 On the right side of the concrete divider is what appears to be normal asphalt. But on the left? A sort of asphalt macramé. Any reason for this? It’s all about what lies beneath. 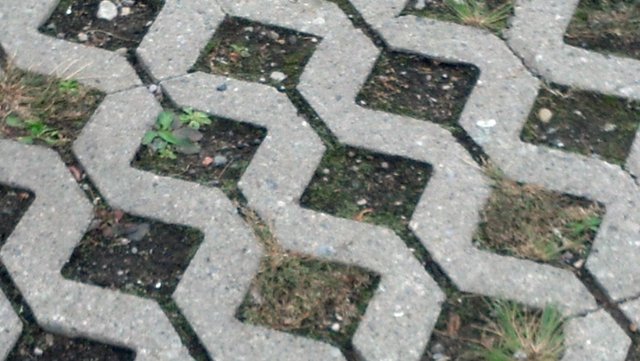 The latticework design is a rarely-seen (rare at least in my experience) strategy of reducing impervious surface normally created by expansive masses of pavement. Though it may not yet be common knowledge, it doesn’t take a doctorate in physics—or any real experience in civil engineering for that matter—to understand the basic principle that, when it rains, the water has to go somewhere, and the nature of a flow is that it goes downward—as simple as gravitational pull. It logically follows that stormwater will keep flowing along any downward slope until it reaches a surface that it can penetrate—i.e., a soil with a moderate to good percolation rate, or a larger waterbody. But the standard paving surface is completely impervious (as well as the standard rooftop), so the stormwater run-off not only builds in volume as increasing amounts cannot penetrate all that pavement, but it also washes along whatever pollutants might have been resting on the blacktop. So an urban environment’s high concentration of impervious surfaces results in greater propensity that car oils, litter, road salt and other chemicals will get washed downstream as well. Or, if the water gets stuck on a completely level impervious surface, it will stop, forming puddles, or ponds, or complete inundations if left unchecked.

In response, a growing number of developers have sought alternative paving material to manage the flow of stormwater on site—particularly in situations where the project is in close proximity to a river, creek or some other waterbody. After all, placing a parking lot near a creek will nearly always amplify the flood risk of that creek, potentially affecting other neighbors with far less imperviousness. Recurrent flooding can erode the stream banks, resulting in outright property loss. Many jurisdictions in the US require a stormwater management strategy for any development with impervious surfaces over a certain square footage, which the city or county then reviews for its effectiveness.

The best-known solution is—no surprise—permeable paving, in which a variety of techniques allow the percolation of water through the paved surface to the soil beneath, which optimally controls stormwater at the source. Although permeable paving is nearly always more expensive than conventional concrete or asphalt, a developer can recoup the cost in many circumstances, because it reduces the need for more elaborate stormwater management off-site. Here’s a demonstration that also reveals how unremarkable the surface appears to the untrained eye.

The drawbacks? Permeable paving nearly always requires more maintenance. The pores themselves can get clogged with a variety of materials: grit, gravel or road salt are the biggest culprits. While vacuums can suck up the unwanted debris, if this condition goes ignored for too long, the permeable surface will cease functioning and become impermeable. In addition, these paving surfaces are often less durable than conventional concrete/asphalt, so the material rarely works well for high-traffic roads, or even for parking lots that routinely endure the weight of particularly heavy vehicles. Permeable paving typically works best in lower impact areas…like bays within parking lots.

The latticework solution in Michigan tries to balance durability with efficacy. It might not be as subtle as permeable asphalt, and I suspect things get a little muddy before the grass grows in. (My guess the Fairlane Green example in the photos above was just a few weeks away from its full springtime verdure.) But it still achieves perviousness without suffering from the clogging of tiny pores. Then again, it’s possible that it will still need to get mowed during warm weather, unless it gets sufficiently heavy usage from parked cars…which would mean the grass isn’t growing effectively and the spaces become subject to muddy conditions year-round. Either way, it’s still a more effective and aesthetic strategy than the obviously temporary solution I documented in Washington DC a few months ago.

Porous paving is a branch of materials science under perpetual evolution, as industry experts seek increasingly better methods. My observations here may already be outdated, but my guess is that the latticework solution is rare because it doesn’t work that well in large volumes. Yet, it such small quantities, its efficacy in the overall stormwater management of a huge regional shopping center is probably seriously limited. Still, as a pilot installation, it makes for a curiosity and might help the owners of the shopping center determine whether they should install further permeable paving in future parking lots. And, incidentally, it’s not the only example of an overt environmentally friendly gesture on the premises. Just a few hundred feet away, Fairlane Green’s branch of a Panera Bread achieved certification in LEED (Leadership in Energy and Environmental Design) from the US Green Building Council. 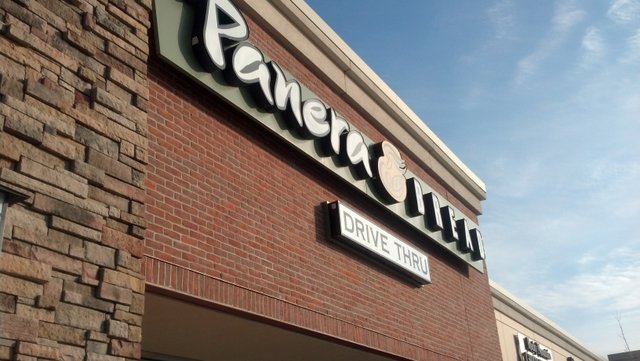 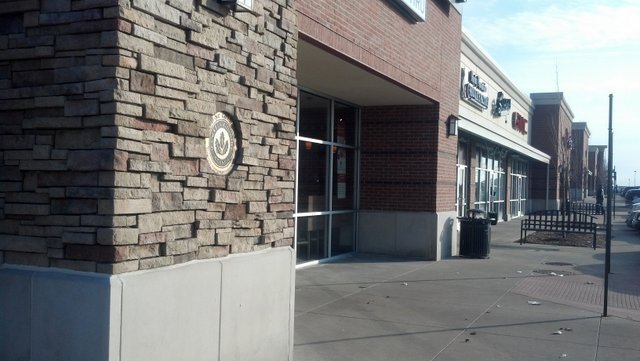 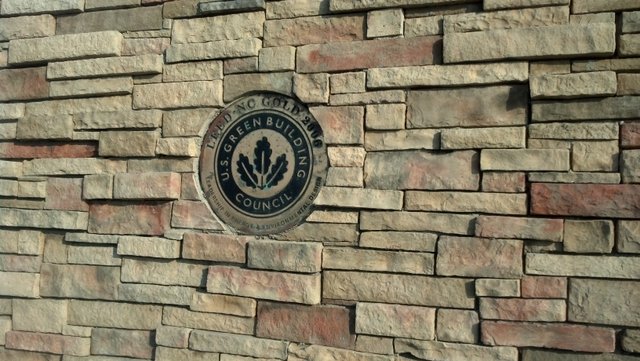 PrevPulling out a few more of the stops.
After a national chain is toast, who picks up the crumbs?Next

4 thoughts on “Putting runoff in the crosshairs.”