MONTAGE: When the pursuit of all things suburban becomes a religion, Part I.

It has been a long time since this blog has included a fundamentally photo-driven article, so this one is long overdue. It’s a novelty in a few other ways as well: my first article in the State of New York, and the first since Afghanistan where I was entrenched in a community where I was unable remotely to speak the language. The material here is so rich that I could easily have turned it into an exclusively text-driven analysis, but in the end, the photos will prevail. As poor quality as some of these pics might be (due to the arriving dusk and my now-retired little camera), they tell far too much about this fascinating American community not to let them do their thing. Since the article has ballooned to a far greater length than I expected, I’m breaking it into two parts: this section, which contains relatively few photos but lots of critical background, and upcoming Part II, which will be the true photo-driven montage.

Tucked between a few hills in a picturesque but otherwise none-too-remarkable part of Orange County—mostly automobile-oriented suburbs of New York City—the settlement of Kiryas Joel has the distinction of being one of the fastest-growing communities in the entire country. In 1980, the Census recorded its population at around 2,080 people; by 2010, it had over 20,000. While such rates might not cause public officials in Nevada, Arizona or Idaho to bat an eyelash, in a slow-growth state like New York, this is unusual—all the more so because, prior to 1975, Kiryas Joel didn’t exist. 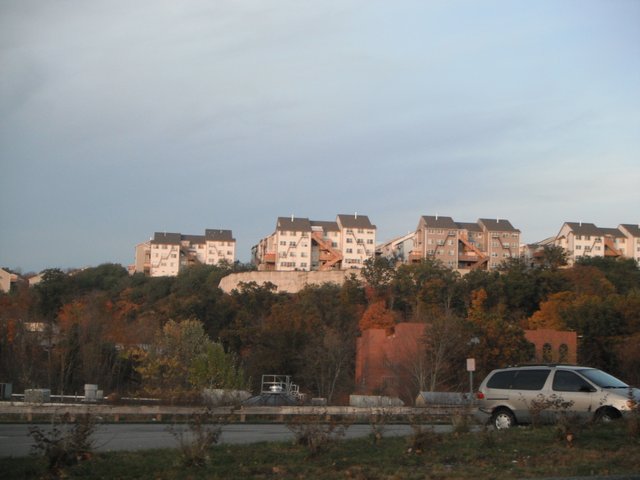 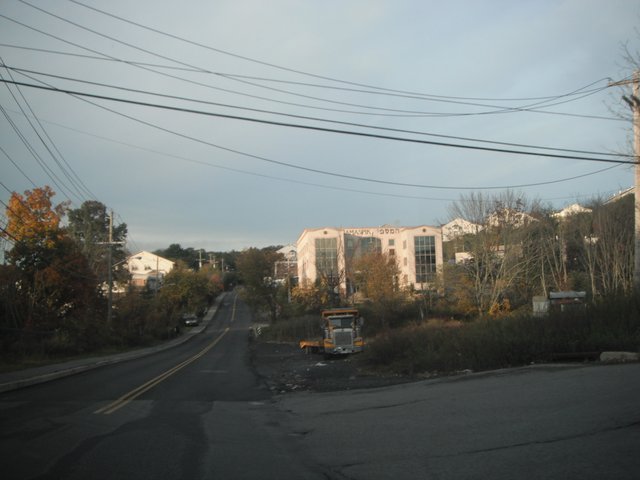 I sometimes feel like I overuse the word “settlement”, but I can’t think of any more appropriate term at this point. By almost every definition of the word, the original founders of Kiryas Joel were settlers—a group of Jews, belonging to the Satmar Hasidic dynasty. Prior to their arrival, most lived in New York City, and, like so many who fled to the suburbs at that time, the first arrivals in “KJ” were escaping what they perceived as the ills and crowds of the big city. 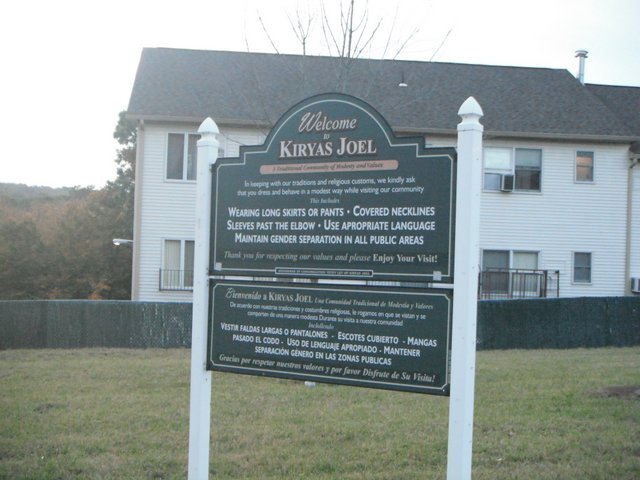 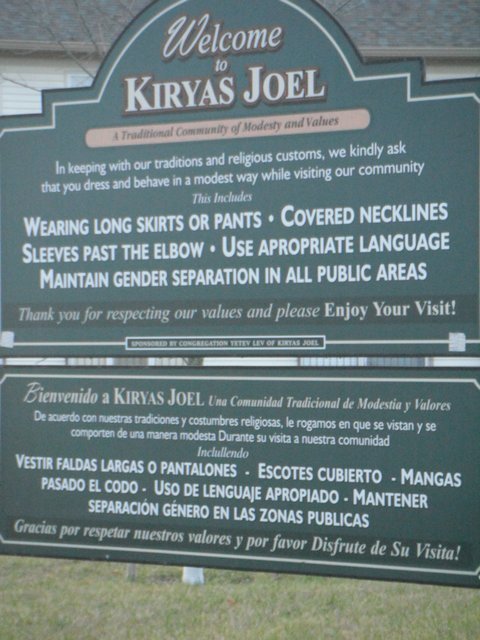 Many of them are of Romanian, Russian or Hungarian descent. For most, Yiddish is the mother tongue; nearly half speak English “not well” or “not at all”. The village largely owes its existence to the deeply influential Rabbi Joel Teitelbaum—after whom it is named—who originally hailed from Hungary but built his following through a seminary in Satu Mare, Romania (thus the term “Satmar” to describe Hasidim who subscribe to his Haredi tenets of a strict rejection of the secular word). He escaped to New York City near the end of World War II, and his followers joined him soon thereafter. 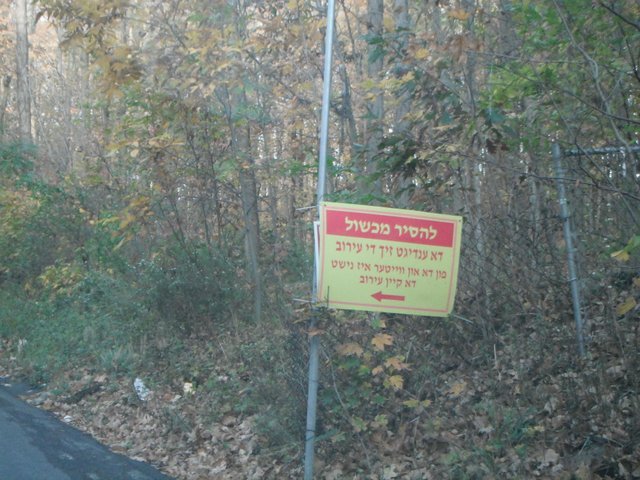 Teitelbaum built a community that, to this day, imbues Brooklyn (most heavily around the Williamsburg neighborhood) with an Orthodox and Haredi population that surpasses virtually everywhere in the world outside of Israel. Yet becuase ethos was distinctive for his vocal opposition to Zionism, no Satmar Hasidim would ever culturally identify with Israel; the sign above is in Yiddish, not Hebrew. While the population in Williamsburg burgeoned, it was only a matter of time before the surrounding, secular neighborhoods of Brooklyn encroached on the enclave. Teitelbaum and his advisers sought a new environment, and after scouting several sites in New Jersey and Staten Island (rejected fiercely by locals) they discovered an area 60 miles north of their prior home, which at the time was still lightly populated, dirt cheap and primarily exurban in character. They collaborated to purchase the land they thought they’d need and began moving there, starting with just a few families. When it incorporated as a village in 1977, the local leadership intentionally drew the boundaries under the State of New York’s general incorporation law to exclude all but Satmar Hasidim.   Multi-story townhomes and condominiums quickly sprung up around the central synagogue, with schools, shops and services eventually following. 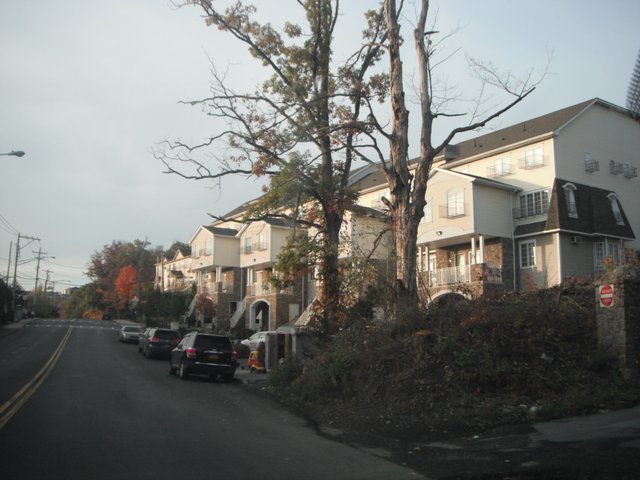 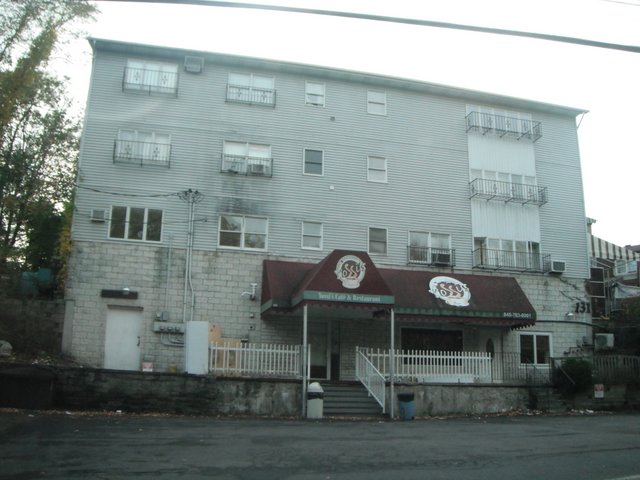 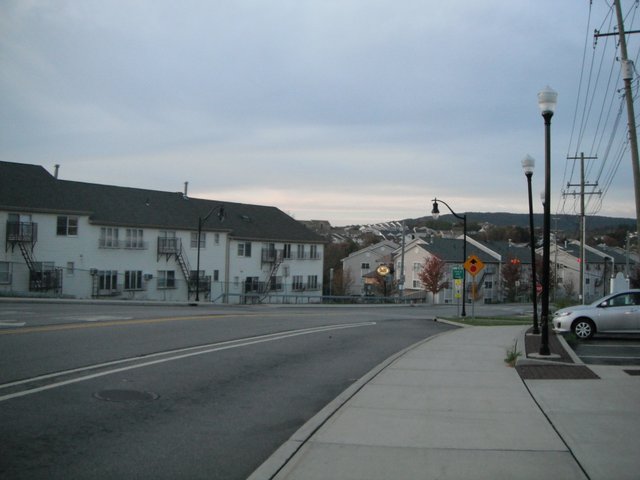 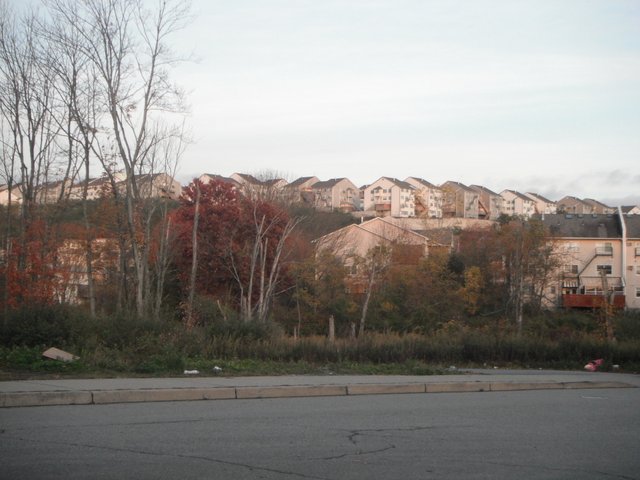 Yet only a select amount of it is from migration—people arriving in Kiryas Joel from elsewhere, whether from the five boroughs or overseas.

Kiryas Joel grows largely through natural increase. It has among the highest birth rates of any municipality not just in the US, but in the developed world. In 2010, an astonishing 730 of 1000 women between ages 20 and 34 gave birth, a high figure even for many developing countries. Hasidic women marry young, usually shortly after completing the equivalent of high school. They do not practice birth control, so they then almost immediately begin to have children every year or two, resulting in the nation’s lowest median age of 13 years—an extreme outlier, since no other place in the country has a median age under 20. 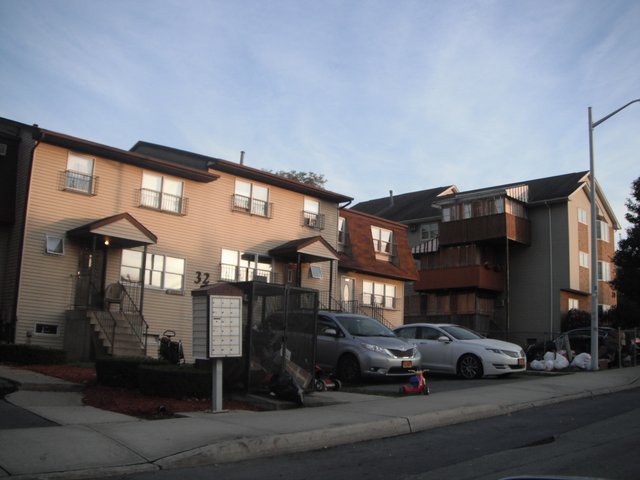 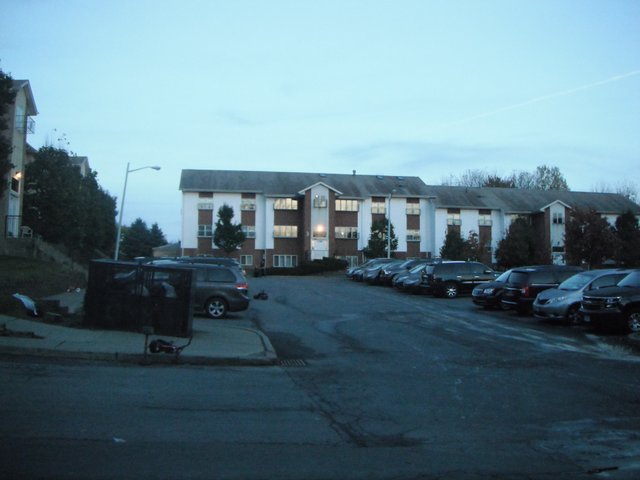 Children are everywhere in Kiryas Joel; it is immediately evident to the outsider, mostly because of the toys that scatter the street, parking lots and the meager green spaces nearby. These pictures may not do it justice, but in many cases, a driver must perform a sort of vehicular slalom to avoid the tricycles, wagons, and Big Wheels lying in the road.

Kiryas Joel can claim a number of distinctions, but the one for which it is probably the most notorious is that it is the poorest municipality over 10,000 in the entire country, with many estimates placing approximately 70% of the population at incomes that would qualify them as below the federal poverty line.  About half of the residents receive food stamps, while one-third receive Medicaid benefits.  This poverty correlates directly to the fact that virtually none of the women work full-time jobs, and a significant number of the men also devote most of their lives to studying the Torah and Talmud; not even 40% of them have the equivalent of a high school degree, and the low levels of English proficiency make them further unemployable.

Such penury and welfare dependency inevitably exacerbates a great deal of the tension between the village and the neighboring, non-Hasidic Town of Monroe. But a variety of other incidents also fan the flames. The Village’s growth is straining the capacity of many of the shared utilities, such as the public water and sewer lines. The leadership in Kiryas Joel also holds enough sway to convince the residents to vote as a bloc, switching from party to party depending on which one accommodates them most readily—to the chagrin of all those neighbors. But because KJ comprises up to (and probably over) 50% of the population of the Town of Monroe, municipal, county and even state politicians are often happy to accommodate them, to the point of funding schools and hospitals that tacitly exclude anyone not-Satmar. And, if the remaining constituents object too strongly, Kiryas Joel can claim religious persecution and anti-Semitism, giving further credence to their right to operate within an isolated jurisdiction that, in many respects, violates the Establishment Clause. (The anti-Semitic argument assumes a pungent irony when one considers that many of the surrounding residents are also Jewish, but are Conservative or Reformed, and equally resentful of the Satmar Hasidim.) Kiryas Joel’s homogenous population hasn’t exactly triumphed as a communitarian utopia, either. Internal feuds among factions supporting different successors to Rabbi Teitelbaum (who died in 1979) demonstrate that the village can’t fully cling to the us-versus-them mentality. Those in the village who disagree with the rabbinical authorities face ostracism, vandalism and even violence. Regardless of whether the Satmar Hasidim who call KJ home win each new annexation effort, their population is only anticipated to grow further. 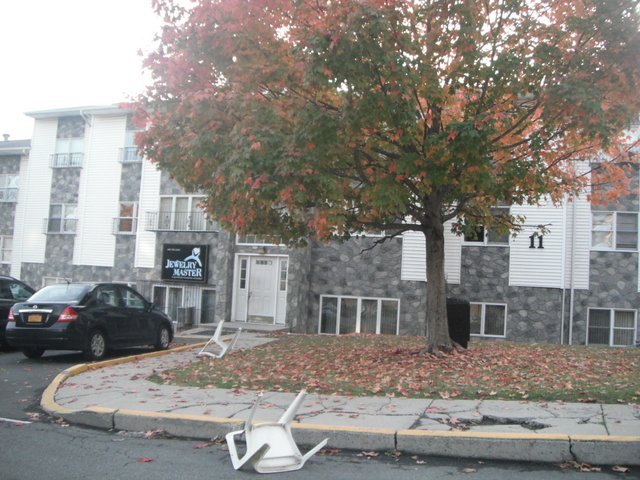 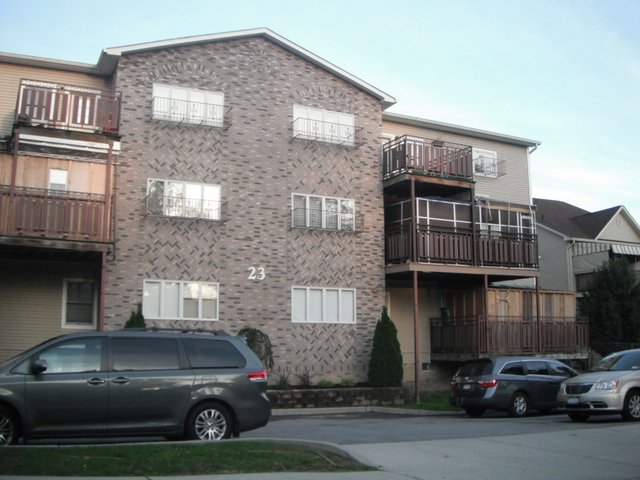 With some key background details established, Part II focuses on the physical presence of the Village of Kiryas Joel, through a wealth of photographs and light narrative.

PrevAfter a national chain is toast, who picks up the crumbs?
MONTAGE: When the pursuit of all things suburban becomes a religion, Part II.Next

8 thoughts on “MONTAGE: When the pursuit of all things suburban becomes a religion, Part I.”