After a national chain is toast, who picks up the crumbs?

When a recognizable meme gets untethered from its usual habitat—its preferred social and cultural context—it’s amazing how quickly people forget what it was intended to signify. That’s exactly the case with this neon sign in a downtown storefront window: 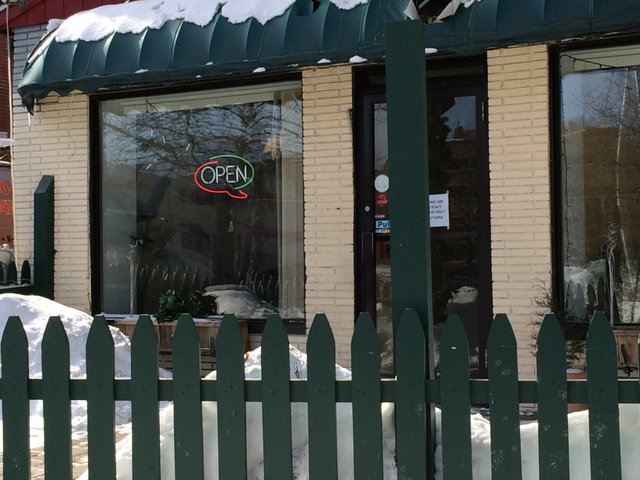 Does it ring a bell? Probably not at first blush. But look at the general shape of the outline that frames the word “Open”. It’s the letter Q, half in red and half in green neon. Still drawing a blank?

Could it be a certain fast-food chain that, until a few years ago, was virtually omnipresent in the United States? Could the name of the chain also begin with the letter Q? By now, I should be giving it away.

That’s right—it’s the “open” that used to hang in the windows of over 5,000 Quiznos storefronts. And it’s not the first time I’ve written about the place.  Why should I cover it again? It’s a preoccupation of mine. Perhaps it’s the quirky name, completely fictitious (there is no Mr. or Ms. Quizno) that conveniently uses two of the least common letters of the alphabet as a ploy to make it more distinctive and therefore easier to remember. Perhaps it’s because I had a few too many of the sandwiches back during the restaurant’s peak. Or perhaps it’s because it’s simply one of the best examples in recent years of how the mighty fall.

The featured storefront in the photo above? It’s not a Quiznos anymore. 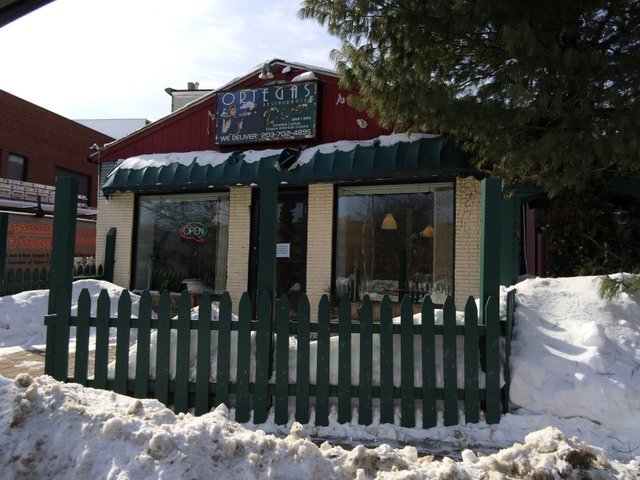 The slowly recovering downtown of Danbury, Connecticut still reveals more than its share of evidence that it has struggled to keep pace with the suburbs. But, even on a frigid day in February, it’s obvious that parts of the historic center have undergone a spit-and-shine needed to help reclaim its dominion as a commercial hub. 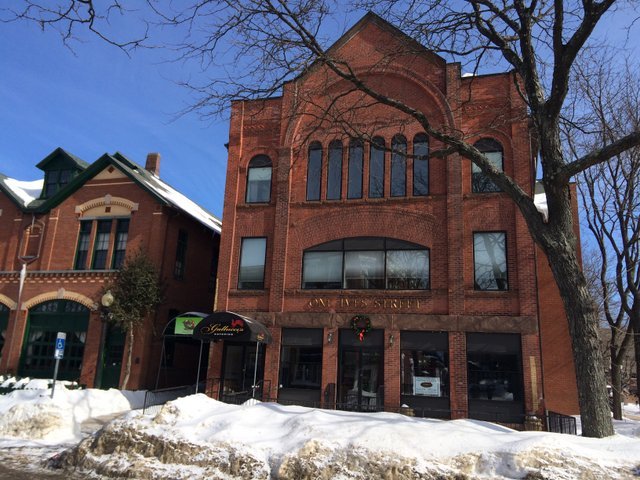 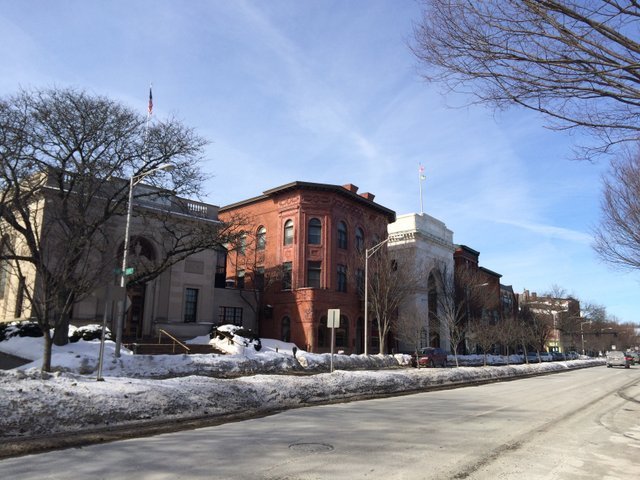 In the meantime, the long devalued area has become a tremendous hub of businesses for immigrants, manifested by the abundance of Latin American restaurants, such as this one. Whether or not Ortega’s occupied a former Quiznos is hard for me to tell; perhaps a Danbury-ite can pipe in. Regardless, the proprietor of Quiznos bought it, most likely from a franchisee trying to liquidate the inventory after closing.

What is the situation with Quiznos anyway? At its peak in the mid 2000s, it placed second only to Subway among fast-food sandwich chains. But by the time that the “mmmm…toasty” slogan had risen to the level of a broadly familiar catchphrase, the warning signs were prominent. Far too many locations weren’t making it, and a fair share had already closed prior to the Great Recession. Apparently corporate-mandated suppliers demanded exorbitant costs, making it hard for the franchisees to break even; several filled class action lawsuits. The small business owners who signed the franchising contracts felt trapped by a capricious executive board. One owner of two locations in California committed suicide, leaving a note that blamed the corporation for ruining his life.

So, from an operational standpoint, the exponential growth at the start of the millennium was a red herring. But what about the demand for the product? Once Subway added a toaster oven option for all of its sandwiches, it took the wind out of Quiznos sails, undermining the young chain’s biggest selling point. Quiznos also opted for a more elegant atmosphere, with a homespun look more befitting a Starbucks than a grab-and-go sandwich joint. But people don’t stick around Subway to surf the internet on free wifi, and they weren’t doing it at Quiznos either. Additionally, the slightly more high-falutin’ ambiance at a Quiznos echoed the elevated prices, which people weren’t always willing to pay. Perhaps most importantly, though, is Quiznos focused on flavor at the expense of counting calories. While Subway made a windfall with its weight-loss ad campaign featuring Jared Fogle, Quiznos buried nutritional information about its products (quite possibly for good reason). Perhaps most amusing to me, the latter company’s campaign featured ostensibly polarizing TV commercials, ranging from the internet cult spongmonkeys to a woman pulling a sandwich out of a city trash can and eating it. While it’s easy to respect an advertising strategy one might call “edgy”, it’s equally easy to assert that “edgy” has become such a broad aspiration in the marketing world that it almost becomes a cliché—and aspiring to edginess paradoxically makes something tawdry and stale. It may have been provocative for Quiznos to insert a Stanley Kubrick reference with homoerotic undertones into a commercial, but does it make people want to buy a sandwich?

It probably doesn’t matter any more. Last spring Quiznos filed Chapter 11 bankruptcy protection, and though it re-emerged, it did so with even fewer locations. It’s not easy to find a Quiznos anywhere anymore. They’re mostly gone. And those disgruntled franchisees probably want to recover as many losses as possible, so they sold the idiosyncratic “open” signs to the nearest interested buyer. Which, in this Danbury case, was Mr. or Ms. Ortega. It clearly didn’t matter to them that their neon sign recalls the logo of a once-mighty restaurant chain. They might not have even been aware of it—after all, it was never as much a part of the brand as the bold-lettered name “Quiznos” or the “toasty” slogan. I suspect there’s a potential trademark infringement nestled within this situation, and the franchisee who closed the Quiznos could have faced a lawsuit…except that Quiznos these days has bigger fish to fry. Thus, this basic element of the company’s brand has freed itself from its source, at exactly the same pace that we have begun to forget what a Quiznos looks like. And, unless the model changes, most of us will ultimately forget that they ever existed in the first place.

PrevPutting runoff in the crosshairs.
MONTAGE: When the pursuit of all things suburban becomes a religion, Part I.Next

3 thoughts on “After a national chain is toast, who picks up the crumbs?”