It goes without saying that college campuses are usually hubs of pedestrianism. Even the most car-oriented, pavement-saturated, commuter-dependent academic environments will still harbor more bipeds than one would typically see in just about any other workplace. It’s unavoidable. This association owes much to the etymology of the word “campus”: a derived from the Latin word for “field”, and though the term doesn’t have to apply to a college or university, it nearly always involves the space contained by an institution with considerable turf separating more than one building. Compare this to a corporate park, where a single entity owns three detached structures surrounded by a vast, contiguous parking lot with little to no greenery. Though the owners of this corporate park might still claim that the word “campus” applies to the premises, they’ll have a hard time convincing others. True to its Latin origins, a campus usually has to contain a field of grass, and because so little is paved, people who must navigate across this campus will probably depend on something other than a motorized vehicle to go from A to B.

The flagship campus of Rutgers University in New Brunswick, New Jersey is no exception. 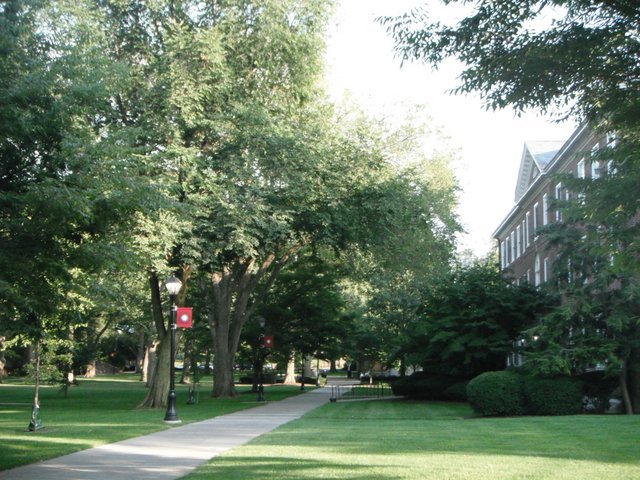 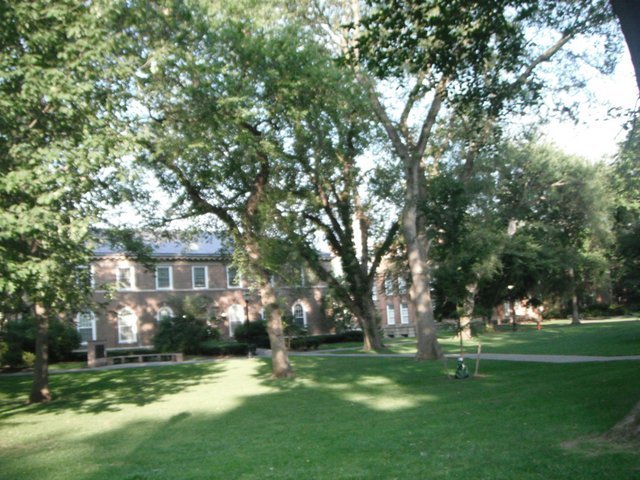 These photos, from a recent Saturday afternoon in August, may reveal the predictably verdant quadrilateral, but where are the people? I’ll go out on a limb and speculate that classes weren’t yet in session. Like most other businesses when they’re closed, Rutgers doesn’t attract a whole lot of people during its off hours. But in contrast to a business that doesn’t have a campus, when Rutgers is closed, the environment is akin to a reasonably sized city that has been evacuated. Or a huge overlooked park. It’s empty. The streets running through the campus—in between those “smiling lawns and tasteful cottages” (to quote Andrew Jackson Downing)—aren’t particularly busy either. 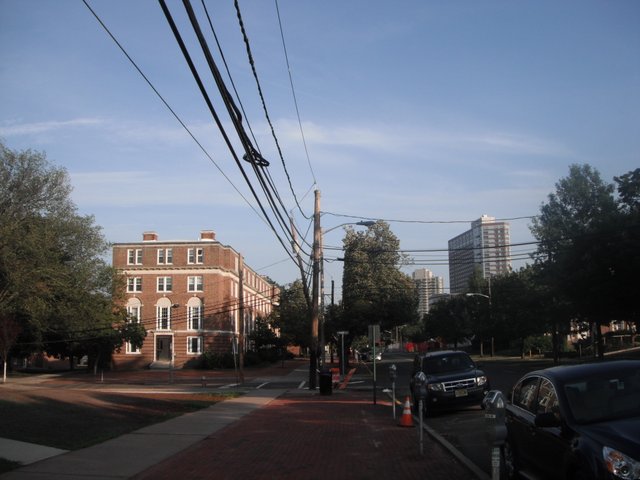 But it’s easy to imagine what Rutgers will look like in a few weeks. And then, no doubt, a sign like this one will make a great deal more sense. 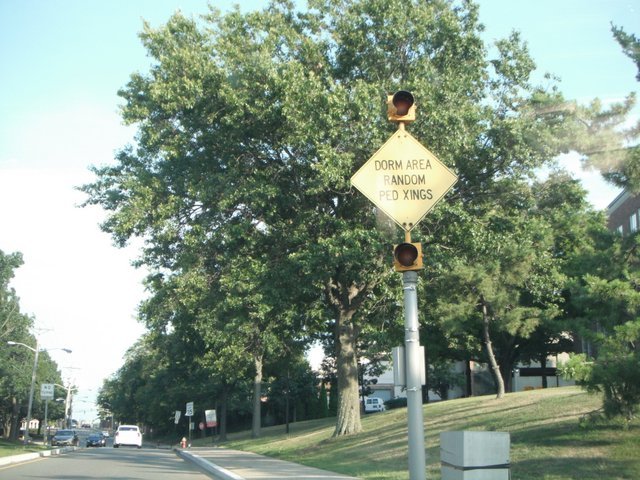 Until then (and even after that point), this sign is goofy. Has a legally sanctioned rode safety notice ever use the word “random”? Since this is a “dorm area”, are the movements of those co-eds really that unexpected? How random could they be? Are Rutgers students really that unpredictable? Are they remote-controlled robots, or should we expect them to behave as impulsively as deer? Could they spontaneously break in to cartwheels while just crossing at any moment?

Drivers around here apparently have to remain extra guarded for pedestrians, because, well, you never know. A yet, just a few blocks away, the university and the City of New Brunswick Public Works Department determined that those pedestrian crossings don’’t need to be so haphazard. 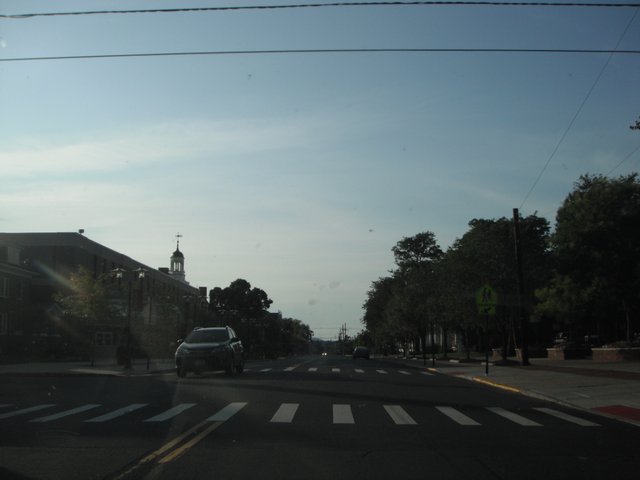 Crosswalks here are abundant—unusually so—which means that, on this street, pedestrian movement still receives a much more controlled treatment.

Any university of reasonable size still needs its share of vehicular rights-of-way to provide access from the outside world to its expansive campus/field. And at over 40,000 students, Rutgers-New Brunswick isn’t all that small. The interplay between sidewalks and streets is simply much more flexible on a big open green, and, as a result, the paths pedestrians choose become harder to manage. However, as funny as it may be, the “random ped xings” sign on George Street seems on first blush like a lazy or even irresponsible solution. Why not guide the crossings, as they do just a few blocks away, to prevent collisions that might be caused by unpredictable behavior? 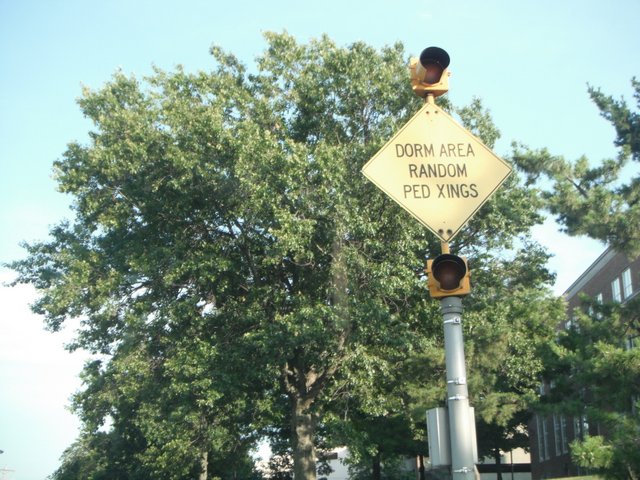 Ultimately, this sign may honor the essence of a campus (the Latin origin of the word) far more than a succession of carefully striped crosswalks. By alerting motorists that they have to remain constantly on the watch for the arbitrary motions of the carless, the people responsible for the creation of this sign have made the quintessential gesture of deference to pedestrians. Truth be told, it’s the crosswalks that come closer to treating humans like robots…or lemmings. But with a sign like this, pedestrians can be as willful as cats. They’re alpha. Or, to mix my metaphors, they get free range on this field…this campus. Let them graze.

PrevDressing the wounds with paint (a sequel).
Biodiversity for the home turf.Next

2 thoughts on “Students or cyborgs?”