My latest is a first for me as a blogger: a book review.  The full-length review is now available at Urbanophile and should be accessible soon via other online outlets; I will update this blog post accordingly.  The book, Michael Tolle’s Who Killed Downtown? Norristown, Pennsylvania from Main Street to the Malls distinguishes itself through its unflagging focus on the six-block commercial center of Norristown, an older suburban community outside Philadelphia of approximately 30,000 people, of which most people in the country (let along in Pennsylvania) probably know little.  Although it emerged as a distant Philadelphia outpost in the early 19th century, and it remains the seat of government for Montgomery County, the Borough of Norristown is no longer a major commercial or employment center.

Most of the factors that influenced Main Street Norristown’s precipitous decline from its 1950 are predictable: overwhelming population growth to the south, the increasing dominance of the car along the city’s pedestrian-scaled street, the construction of limited access highways that threaded their way near Norristown but outside its boundaries; the proliferation of suburban shopping centers with free, ample parking for those cars.  Today, Norristown isn’t necessarily impoverished, but its income levels are significantly lower than all the communities that surround it, and far below the average for Montgomery County, one of the 100 wealthiest counties in the country.  And Norristown’s main street is a wraith: bereft of any major retail establishments, and pockmarked with parking lots where proud commercial buildings once stood. 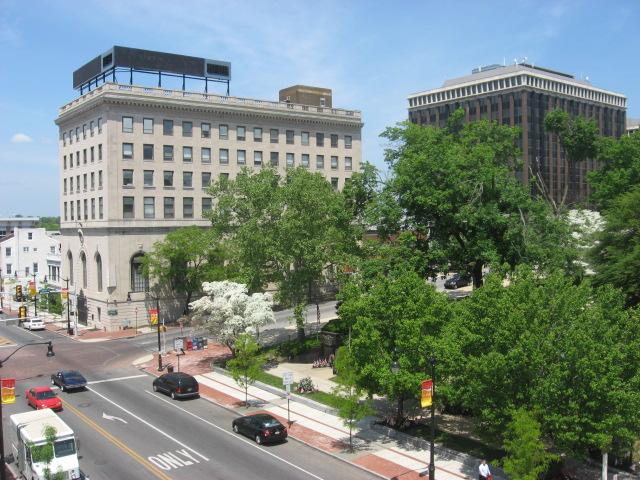 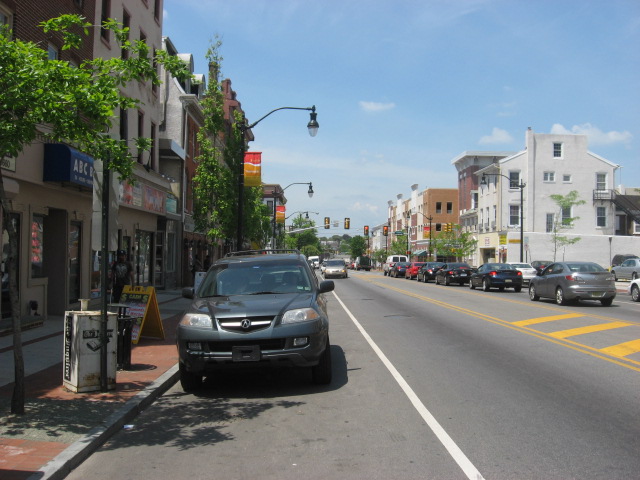 With such an unwavering focus on six commercial blocks across 250 pages, how does Tolle distinguish his chronicle of main street decline from dozens of other similar books?  His biggest achievement, as far as I’m concerned, is a shrewd avoidance of socioeconomic variables to demonstrate his point.  He rarely touches upon reports for the US Census Bureau or the Bureau of Labor Statistics.  Instead, he integrates his study with numerous references to the City Directory of Businesses (comparing the change in industries every few years), articles from the Norristown Times Herald, advertisements (including misspellings and solecisms), and, in the later years, eyewitness accounts.  The worm’s-eye-view is unapologetically subjective, but this fundamentally anthropological approach lends the entire study a human interest that compensates for Tolle’s relentless fixation on storefront details.

I have my doubts that such a book will ever win much of an audience outside of Norristown and its purlieus, but if that’s enough for Tolle, I can certainly commend his refreshing approach to well-worn territory.  Comments as always are welcome; I will do my best to respond on this website, Urbanophile, or other outlets as they materialize.

One thought on “BOOK REVIEW: What Killed Downtown?”