My latest is up at Urban Indy, featuring the local nonprofit People for Urban Progress (PUP), and numerous photos of their many accomplishments as they approach five years in operation.  Always an urban advocacy group (as the name suggests), People for Urban Progress has taken a refreshingly non-partisan route by simply intervening when a building gets demolished by salvaging some of the bulkiest material for eventual re-use and redistribution.  Among their earliest but most enduring accomplishments is the salvaging of the massive material to the roof of the old RCA Dome, which was demolished in 2008.  How did People for Urban Progress decide to use 13 acres of Teflon-coated fiberglass?  The agency transformed it into handbags, wallets, clutchers, and so forth.  Tons (literally) of the material remained, and now PUP is transforming it into canopies for shade structures at various urban garden plots like the one below: 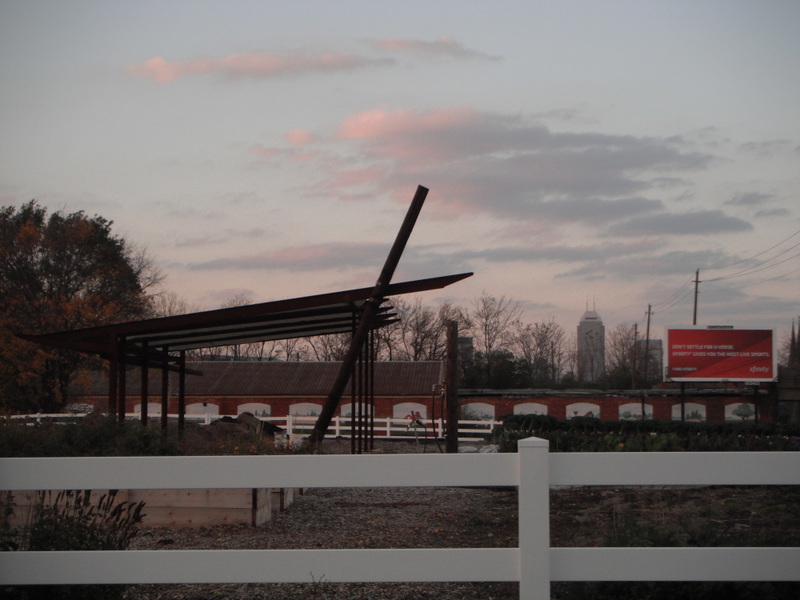 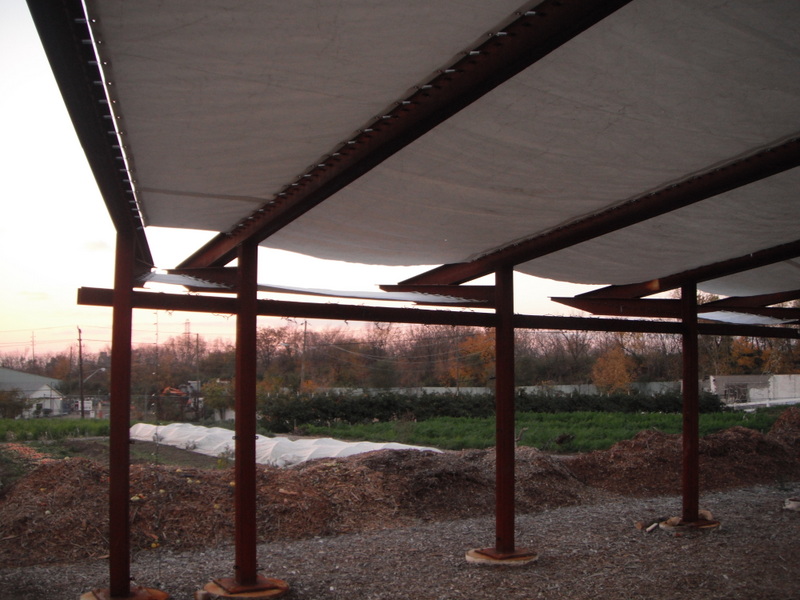 In addition, PUP intervened when a developer seized the old, long vacant Bush Stadium, to be converted into creative new apartments.  But what about all those stadium seats?  Since they were designed to withstand the elements, up to 9,000 of the 11,000 chairs were still salvageable.  And People for Urban Progress saved them, beginning to convert them into bus stop seating like the one below: 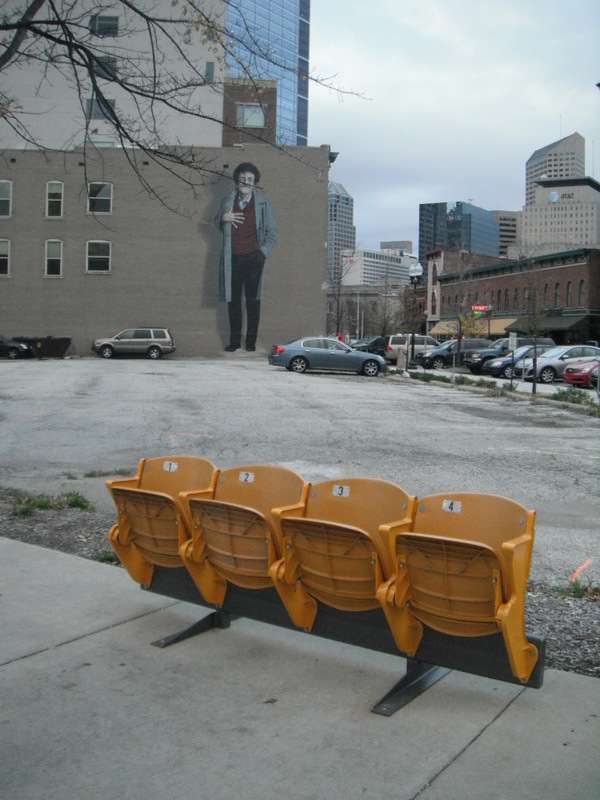 The blog article explores these and many other initiatives from People for Urban Progress in much greater detail.  Comments as always are encouraged.

PrevAn airport’s hollowed halls.
Can we sell urban infill to the suburbs?Next