In this extended period of blogging dearth, it occurred to me that I’m long overdue for a certain type of article that I haven’t featured in awhile: the mini-post, or the snapshot. Time shortages during a busy period within our squadron make this seem like an opportune time for a quick read. Most of the time these easily digestible nuggets involve some signage that I found odd or amusing, and this one is no exception, taken over a year ago from the gentrifying urban neighborhood known as the Portland District in Dayton, Ohio: 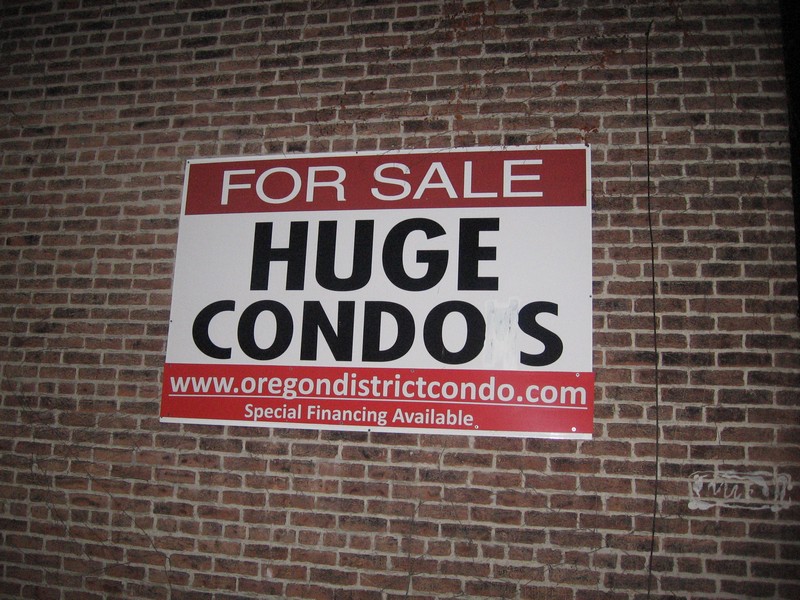 We’re never too old for puerile humor, and it doesn’t require an eagle eye to figure out the way this sign provides an opportunity for a dirty pun-like transformation. The smudge between the O and the S on the second word suggests that some pranksters already attempted it, and the property owner addressed the indelicate phrase with white paint. But why leave so much space between these last two letters? It’s almost as though the creator of the sign was inviting someone to add the obligatory letter M at the end. A closer look reveals where the fault lies: 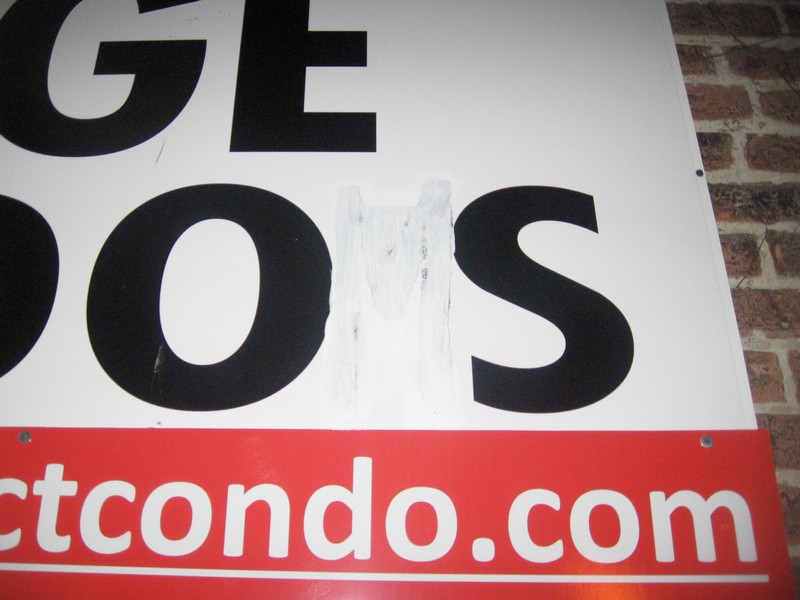 The portion of the white paint smudge that blocks the “valley” of the M ultimately conceals the sign’s original fallacy: an apostrophe. Years of English classes never taught me the appropriate name for this mechanics faux pas; only recently did I learn that the mistaken introduction of an apostrophe when a plural is indicated is called a greengrocer’s apostrophe. Wiktionary explains that it generally derives from ignorance of the use of an apostrophe, and in an urban environment with a high density of signs, one can rarely go a day without seeing it.

This use of a greengrocer’s apostrophe in Dayton only expanded the opportunity to transform the sign into the word teenagers think of when hear “condominium” or “condo”—it wouldn’t have been as easy to squeeze an M in there if the existing goof weren’t there and the proper space existed between the letters. Thus, an expensive sign has suffered a twofold desecration: first from the elementary mechanics error, and secondly from the vulgar vandal. Let it be a lesson for us all that not every word that ends in S needs an apostrophe before it. In fact, most don’t!

And Buckeyes, I promise to portray Dayton in a more sophisticated light in the future.

3 thoughts on “One commodity still selling well after the real estate bubble burst.”