Streetscape enhancements in a spray can.

Most of us living in reasonably large metropolitan areas have witnessed the fallout from the bursting real estate bubble—one of several, successive machine-gun misfortunes to befall our economy during this ruthless recession. Even if you don’t live in a city that has suffered as greatly as Las Vegas or Phoenix or Naples, Florida, you most likely have encountered a proposed and then stalled development that went to skids when the demand for new housing plunged. Some of these projects sit in rural areas, as platted subdivisions with fundamental infrastructure left to rot in relative obscurity—I wrote about one recently in south Louisiana.

The majority are entirely urban—apartments or (most likely) condos. The developers’ signs still stand, sometimes with a rendering, and maybe even contact information for those interested in new units. Hundreds or even thousands of people see these signs daily. And these days, the signs are bleached by the sun, embellished with the graffiti that usually accompanies neglect, and sometimes even decomposing from exposure to the elements. It’s hard to tell exactly what happened behind the chain link fence of this vacant lot in Columbus, Ohio: 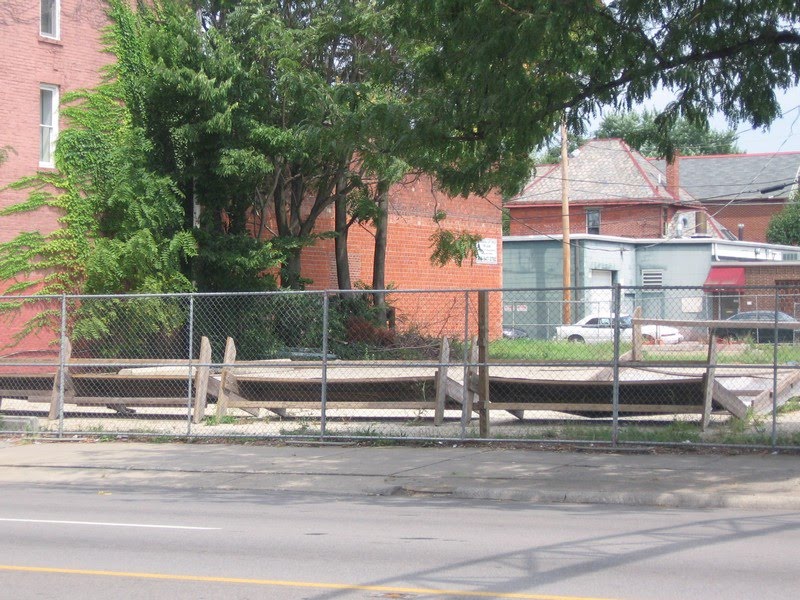 But it’s clearly a stalled development in an area that was smoking hot just a few years ago. The signs most likely did not just accidentally tip over from a high wind; someone pushed them down because the images featured upon them no longer align with reality. These felled wooden displays sit off of North High Street, in the Short North area of Columbus, a largely revitalized, successful urban main street between the central business district and The Ohio State University campus. The vacant lots that remain offer the premier opportunities in the region for smart infill development, which is no doubt part of the community vision for this particular parcel. Unfortunately, lenders tightly sealed the spigot two years ago, and now the parcel sits in limbo, with abundant evidence of the stalled development. 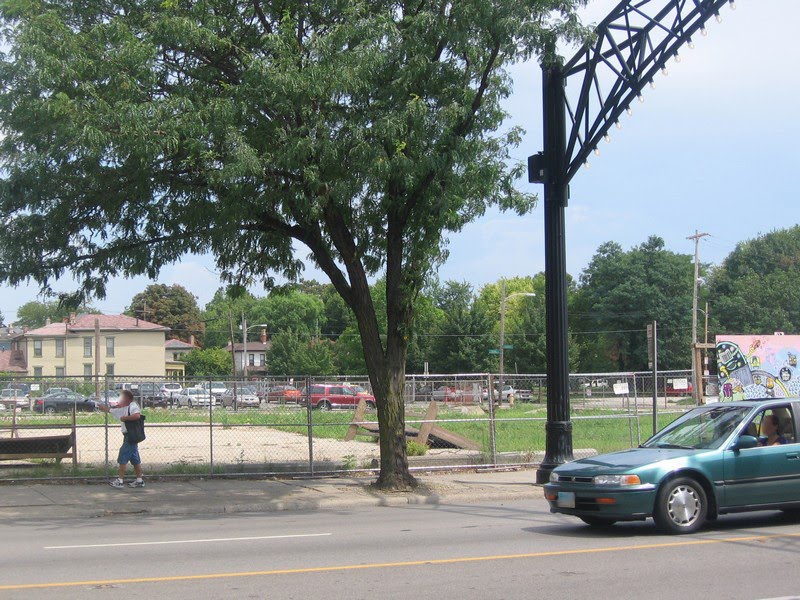 But what is that poking out in the far right of the above photo? It looks like a mural, but the creative forces behind it might have had other intentions: 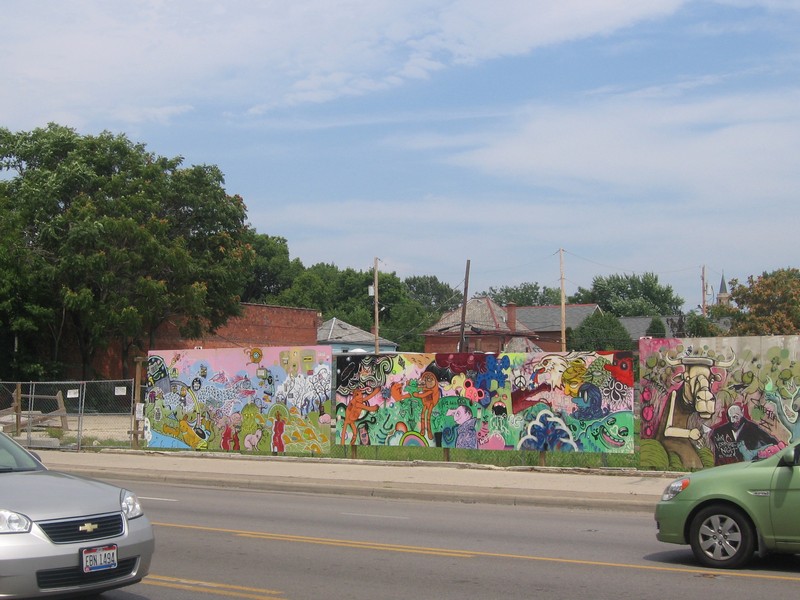 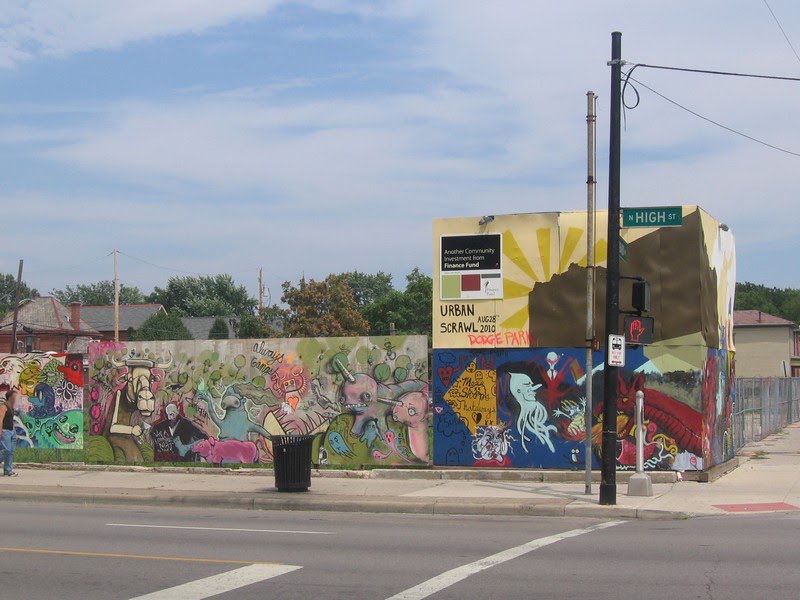 They covered up a developer’s sign that was most likely beginning to decay with a pastiche of cryptic illustrations, no doubt a collaborative product of local artists. To the left of the brown silhouette of a building on the upper corner mural is the Urban Scrawl, an apparent extension of street artistry taking place in a few weeks as a community gathering in Franklinton, a low-income neighborhood on the city’s west side.

Was this an act of vandalism? Possibly. But it’s just as likely that the developing agency lacks any money to pursue its construction goals, so the signage is just an empty reference; the developer may even have gone out of business. This apparent bottom-up effort to instill a bit of street beautification might not appeal to everyone, because it still implies a certain usurpation of private space by a non-owner, but it is unlikely to arouse controversy because of the clear ephemerality of the “canvas”. One day these murals will come down and will most likely host signs for a new project that, in a stronger economy, will inevitably get built; the Short North area is just too fashionable for this lot to remain fallow for long. None of the urban advocacy groups in the neighborhood perceive this stalled development to be permanent or even long term.  In the meantime, the instigators behind Urban Scrawl offer to Columbus an initiative that sits uncomfortably between vandalism and stewardship; the apparent friction between aesthetics and property rights enriches the texture of the urban vernacular, far more than a tattered sign reminding passers by of halcyon days behind us.