For economic development, is design the tail that wags the dog?

The blogosphere is filled with arguments and examples of how good design can add to the intrinsic value to a building. I’ve avoided such assertions myself, partially because I am not as well-versed in design as many others out there, and largely because I’ve never believed it to be true. So much of what comprises good design today is imbued with an exhaustive self-awareness: not just the designer’s personalized aesthetic language, but the overt references to whatever design tenets are en vogue. The cultural principles that underlie both of these aspirations will inevitably fall out of favor over time—and again, X years later, will most likely experience a resurgence in popularity when the vernacular evokes nostalgia for a particular time period. Such is the cyclical life of a region of individual taste. Thanks to its extreme consciousness of itself, architecture is virtually always meta-architecture—perpetually attuned to the cultural shifts upon which it cannot avoid commenting or outright defying.

So now is just as good of a time as any for me to capitulate—to welch on the design disinterestedness I’ve aspired to for so long in this blog. I have to face the facts. I just love the building in the photograph below. 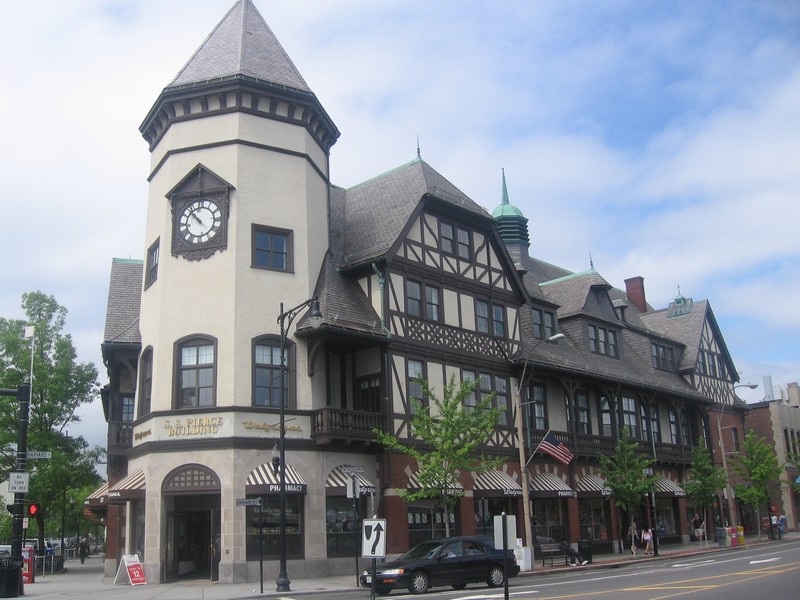 The S.S. Pierce Building anchors one corner at the heart of Coolidge Corner, an old streetcar neighborhood within the larger City of Brookline, which is itself an affluent suburb just west of Boston. Built in 1897 to house retail and offices for a respected local grocer of the same name, the building is an unabashed example of Tudor Revival, and its organic warmth offers a distinctive contrast from the other structures at this intersection and the surrounding area, such as the Streamline Moderne accents on the building directly across the street. 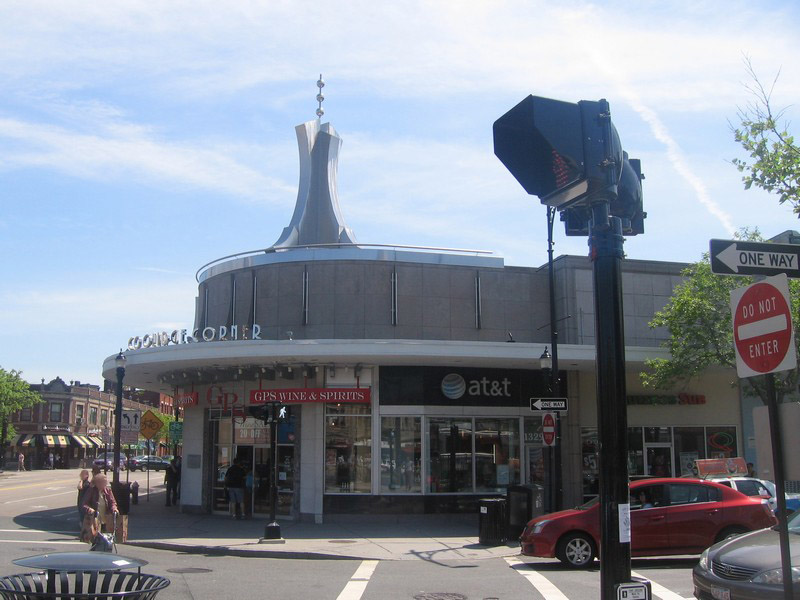 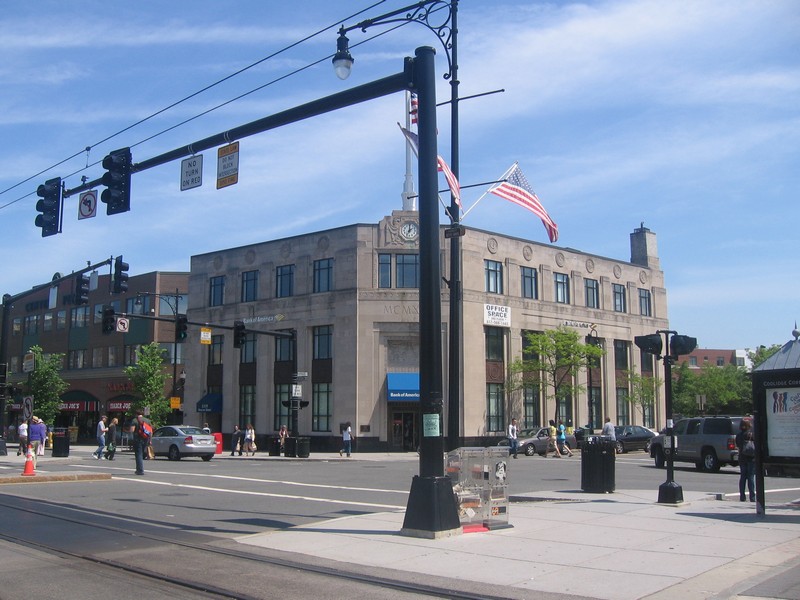 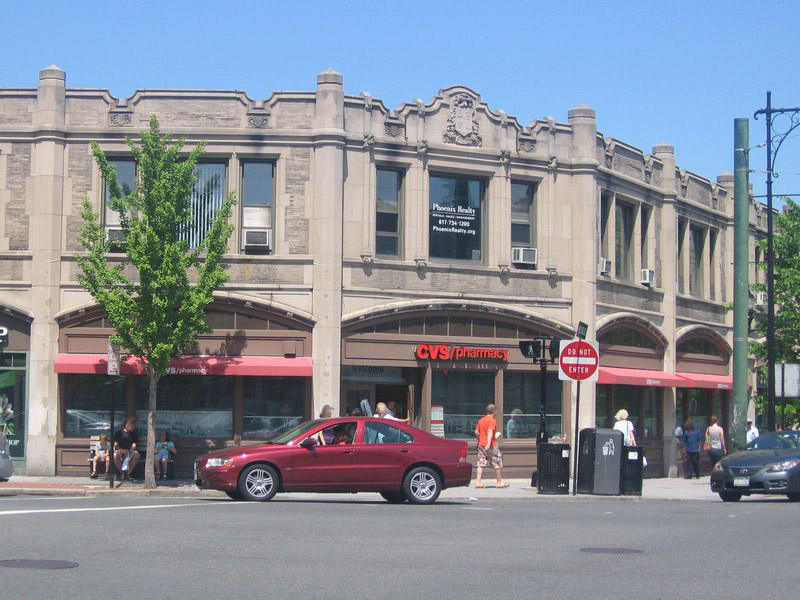 The comparative height of the building and its timber framing instill it with an unusual, somewhat paradoxical combination of assertiveness and warmth. View it from the façade along Beacon Street to witness how the pitched roof and organic framing material help to mitigate and soften its intended majesty. 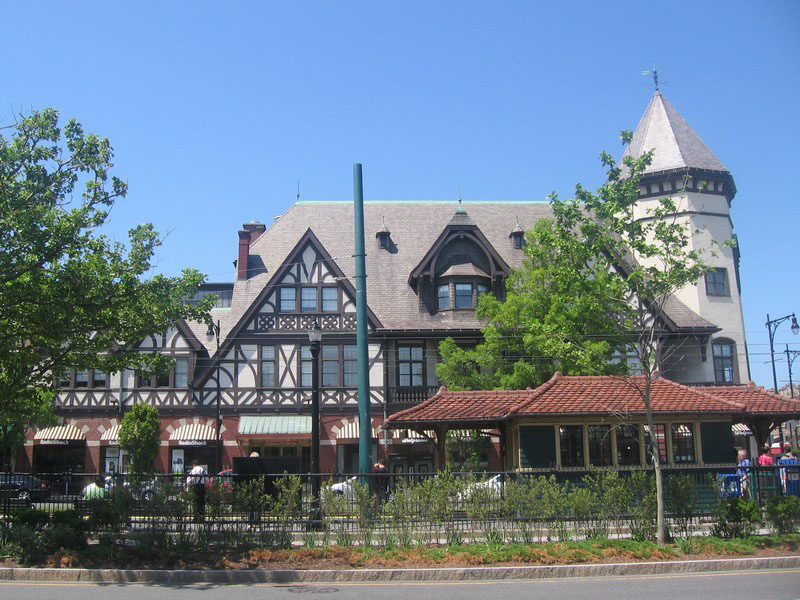 Since nearly every other structure in the commercial heart of Coolidge Corner depends almost exclusively on stone or brick—but hardly ever both simultaneously—the S. S. Pierce Building stands out enough to function almost as a landmark. It comes closer than anything else to embodying Coolidge Corner. Whether the building passes muster among the most erudite design scholars is neither here nor there; the fact remains that it catches the attention and diminishes the implicit egalitarianism of a perpendicular intersection—this corner is by almost all metrics the most prominent of the four. It’s the implied center. Considering its stature within this already desirable, pedestrian friendly retail node, it should command an equally lucrative retail mix, right? Perhaps some multi-story department store of premier fashion? 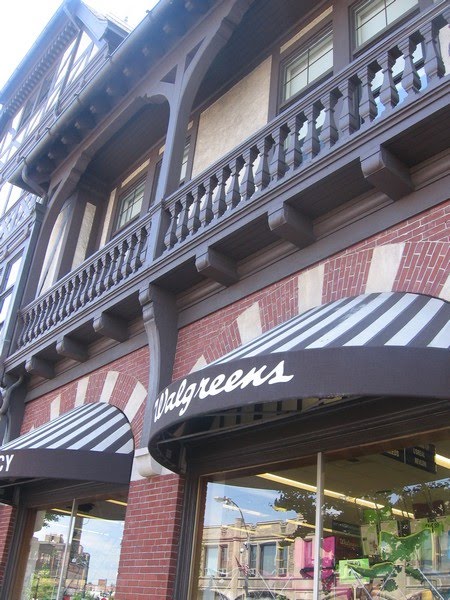 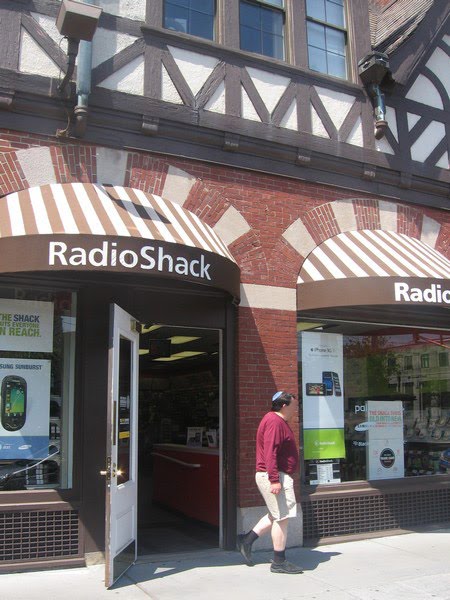 Hardly. Its two first-floor tenants are run-of-the-mill discount national chains. Does this defy expected retail sensibilities? Maybe, if one adheres to the notion that prestigious design attracts prestigious tenants. But conventional retail patterns do not always abide by the ambitions of urban idealists. Corners are always particularly pricy real estate, for the obvious reason of visibility, so it isn’t surprising that national chains with deep pockets would more likely be able to afford the rents than an eclectic local name. Even the tenant one storefront away from the corner undoubtedly pays less for the lease, and in the photograph below it’s a mom-and-pop… 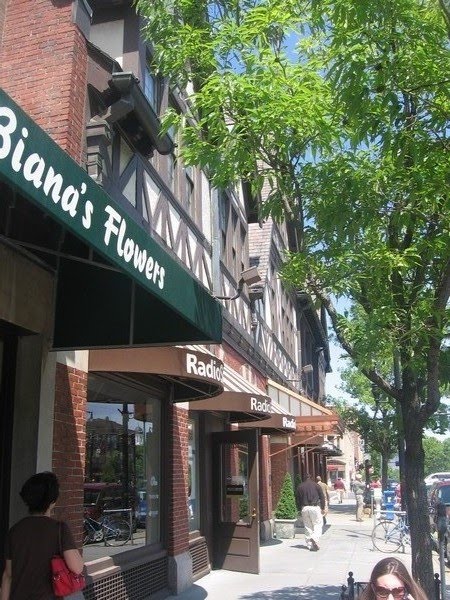 . . .which, incidentally, had closed. The fact remains that it is impossible to calibrate exactly what a structure will house simply through its external appearance. The enduring majesty of the structure might make seem to make it valuable, but the convenient location more than anything ensures that it will rarely confront vacancy. Imagine if the structure sat on a corner in the distressed Roxbury neighborhood of Boston, less than three miles away. It very well could be shuttered on the upper floors with a Payday loan store below; it may still have a Walgreens with significantly higher security; it may have been abandoned and demolished decades ago. My guess is the property manager of the S. S. Pierce Building is perfectly content with these two reliable tenants. A moneyed suburb like Brookline may hope for a slightly more interesting retail mix to reflect the high education and income levels of its consumer base, but when an intersection becomes too prominent, the big names are often the only ones that can afford it. Notice that the other corners also had major brands and franchises: AT&T, Quizno’s, Bank of America, the inevitable CVS (the ubiquitous war between Walgreens and CVS deserves an entirely different blog post). Smaller buildings along Beacon Street and Harvard Street still claim some local retail, but, the big-spending milieu greatly resembles Harvard Square in the nearby suburb of Cambridge (which I blogged about months ago). In both cases, the combination of foot traffic, major transit stops, pedestrian scaled architecture, and high incomes results in a economic development director’s Elysian fields—and a morass of retail volatility.

I’d be willing to venture that Radio Shack and Walgreens are among the most stable elements in Coolidge Corner, while many of the humbler tenants come and go every few years. All too often in the past I’ve witnessed community meetings in which planners lead the constituents to envision both the structures they’d like to see in their neighborhoods, as well as the tenants they hope to inhabit those structures. Aspirational dialogues stimulate creative juices and I would never discourage them, but Coolidge Corner is just one example of many where most or all of the carefully calibrated design elements have come into play marvelously, and the result is a continued demand for further calibration. The dog still wags its tail.

6 thoughts on “For economic development, is design the tail that wags the dog?”