Making it hot to be wired, Part I: Initial Observations.

Low density and vast distances of sparse population have fostered a North American landscape in which much of the infrastructure remains supra-structure. Unlike much of urban Western Europe, most American and Canadian cities are pierced with wires hoisted above the sidewalks by either wood poles or, in more exurban areas, by steel pylons. Though overhead transmission through wires or aerial cables remains the least expensive means of conveying electricity, it has increasingly morphed into a form of visual pollution among the collectively conscious. Thus, many large European cities long ago resorted to undergrounding the wires in order to limit the clutter at the horizon line, while also protecting transmission from interruptions caused by snapped wires, induced by a fallen tree or strong winds. Conversely, metropolitan America is filled with these wires; in most of the country, the cost for undergrounding a few wires outweighs the aesthetic benefit.

Exceptions to this trans-Atlantic dichotomy do exist—in the US, the most prominent parts of downtowns have underground overhead wires, as do the more recently built residential subdivisions over the past thirty years. Cultural attitudes here clearly seem headed in the same direction as Europe, since nearly all developers in suburban areas where the majority of new housing is built bury the cables for a residential subdivision in order to make their product more marketable (and then of course pass that cost on to the consumer). But nearly all of the “inner city” of metropolitan America—with housing built from the late 1800s until about 1975, as well non-commercial districts of suburbia—still plays host to a variety of methods for overhead electric transmission. To the average observer, overhead cables may seem old-fashioned or less advanced, particularly since they are less prevalent in more contemporary housing developments. But they are not necessarily a technical improvement in every regard: while overhead wires are more susceptible to damage and power outages from wind and falling debris, underground cables are vulnerable to water intrusion or disturbances through uprooted trees. Although power failures with overhead wires are more frequent, underground outages are often longer, more costly to repair, and more difficult to locate. Besides, all transmissions both above and below ground originate at substations and power plants and are therefore never fully undergrounded.

I’ve pondered this predicament before, after encountering an unlikely power pole in an overlooked spot on Vanderbilt University’s campus in Nashville. The final argument on above ground versus buried cables nearly always hinges on aesthetics, and most people think a landscape looks better without a series of black, parallel horizontal strips, these viscera that nourish modernity. But who’s left to defend the overhead power line? If a coterie of classic infrastructure-lovers were to band together, what would be the epicenter of their crusade? A good place to look might be New Orleans. 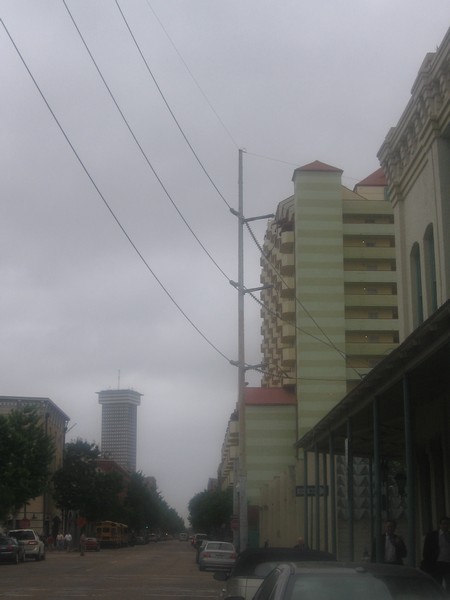 No city in the United States that I’m aware of is as “unburied” as the Crescent City. Those cables are everywhere. Granted, it appears that the core of the CBD, between Canal and Poydras Streets, has been undergrounded. Parts of the French Quarter and Warehouse District also have relatively few conspicuous cables. But at the portion of the Warehouse District closest to the waterfront, directly abutting the Morial Convention Center, the power poles are enormous. The photo above barely does it justice, but perhaps these below help. 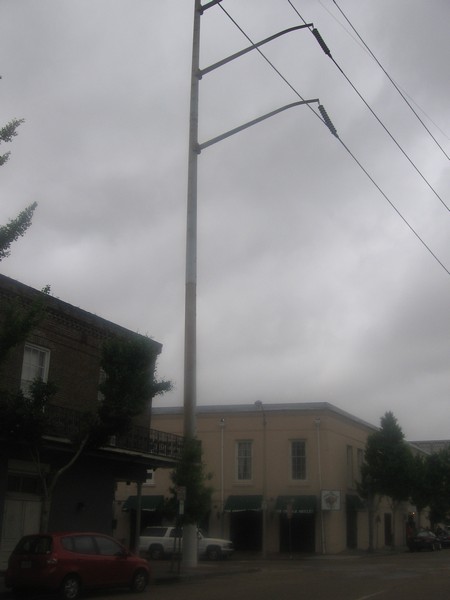 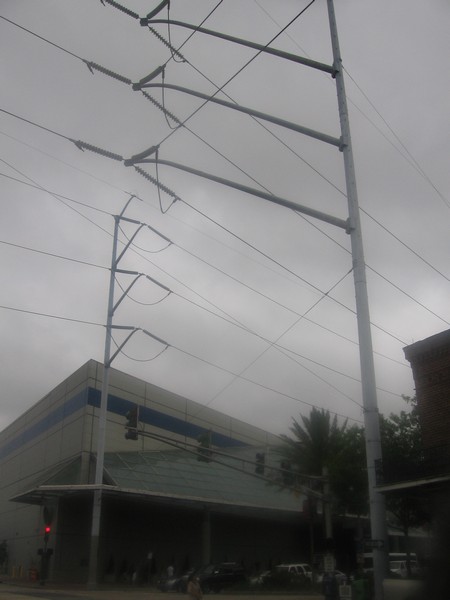 It contributes a dramatic conflict with the evenly spaced palm trees along Convention Center Boulevard. 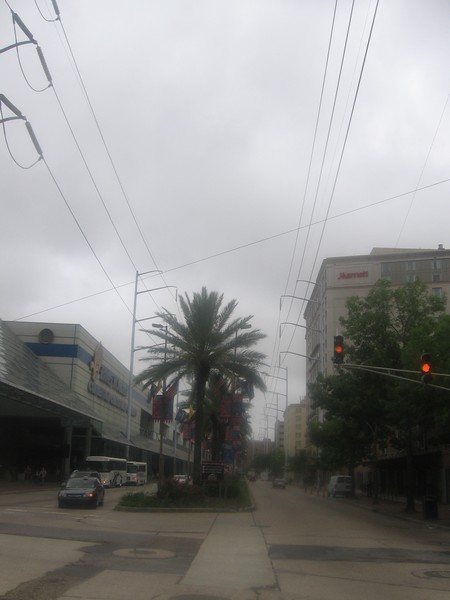 But it’s far more extreme in the residential neighborhoods outside of the CBD, such as this typical intersection in the Faubourg Marigny: 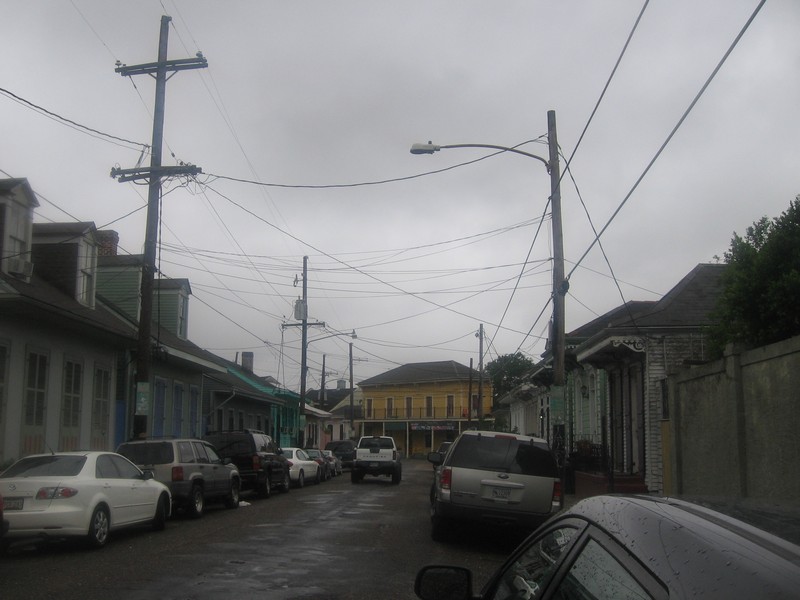 In the second part of this post, I’ll explore the broader cultural influences on the New Orleans street grid and the placement of its power lines, as well as the psychological implications for undergrounding in a city with the ground upon which it rests is distinctly fragile. Stay tuned; you might find yourself involuntarily ducking.

PrevRemoving the gauze.
Making it hot to be wired, Part II: A city’s barriers to clearing the cable clutter.Next