Wading through the swamp of economic development and historic preservation.

When a specific site survives as evidence of early colonial settlement, it usually requires far less effort in this day and age to convince the American public that it’s worth preserving—major initiatives to restore Mount Vernon, colonial Williamsburg, or the Vieux Carre in New Orleans come to mind as some of the earliest instigators of the preservation movement. But what if a site is shrouded in mystery—its origins are completely unknown? This is precisely the case in a marshy area in southeast Connecticut known as Gungywamp, tucked in a small patch of woods in the suburban Town of Groton. 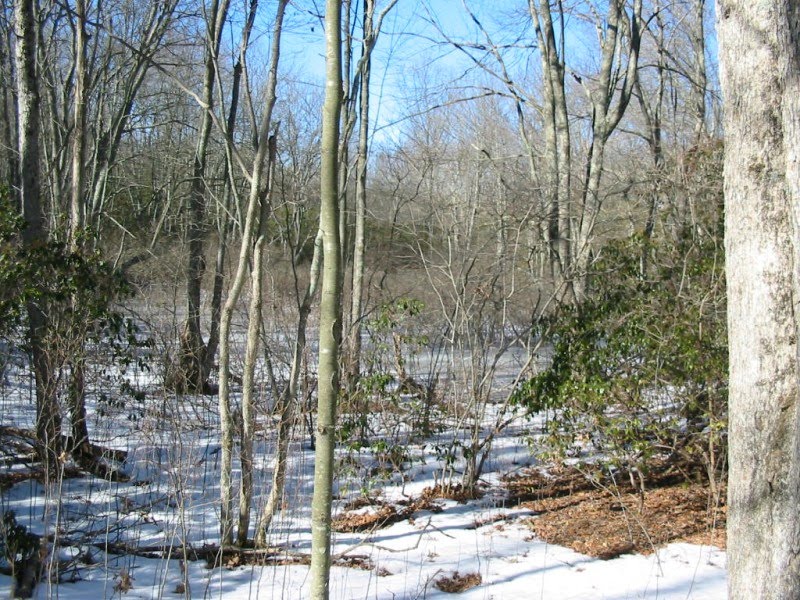 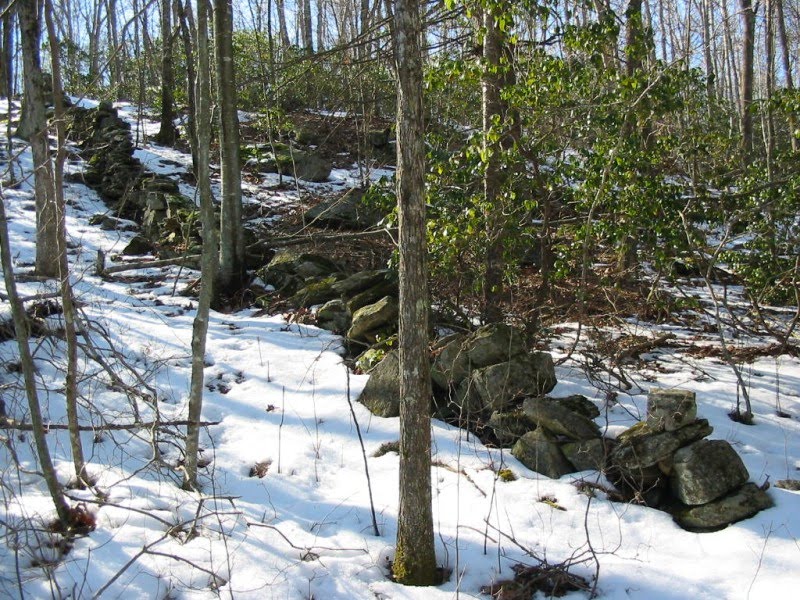 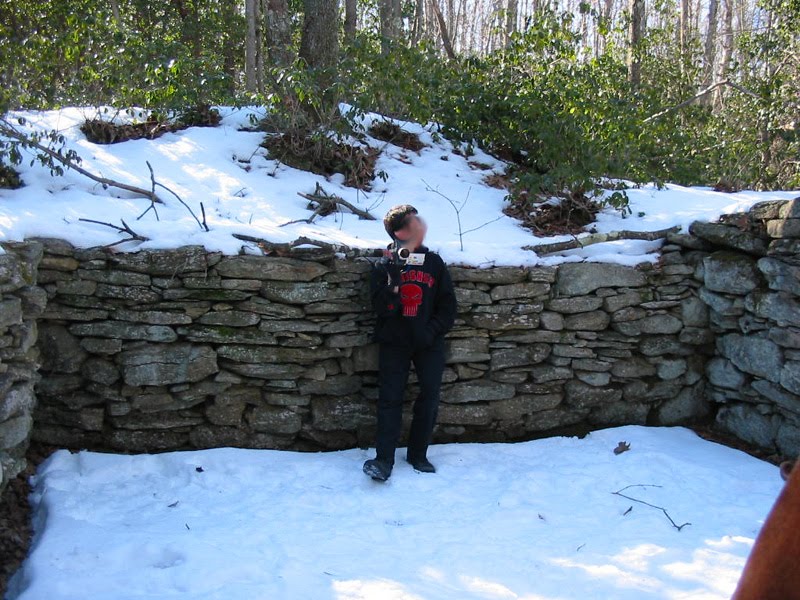 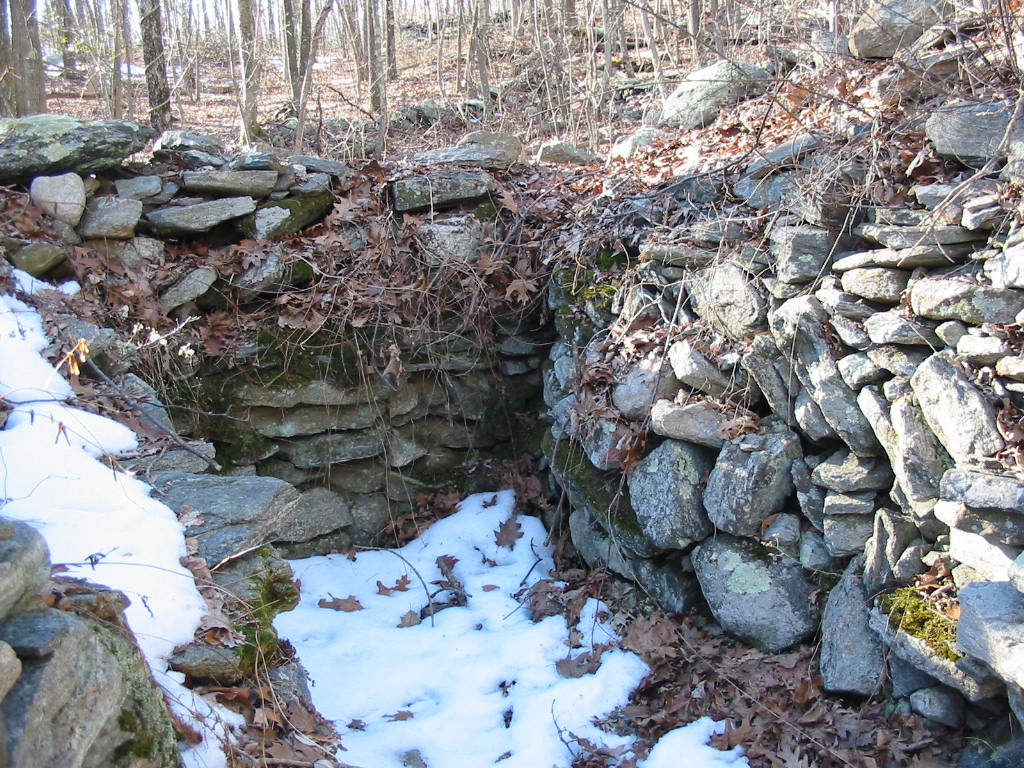 Any casual glance would suggest that these clusters of stones and earthen depressions stretching across 100 acres are ruins from a long-deserted settlement. What distinguishes Gungywamp is the wide historic and cultural berth ascribed to the artifacts; according to a report by the Gungywamp Society archeologists have dated many of the objects from between 2000 and 770 BC, based on the layer of soil in which they were found. At the same time, pottery, buttons, coins, bottle fragments, utensils, window pane glass, and animal bones suggest that the site harbored a colonial or post-colonial settlement for a time. The most mysterious and controversial portions feature a double chamber that operate as a solar calendar, in which, during the spring and fall equinoxes, the mid-afternoon sun illuminates part of the larger chamber, eventually reflecting off a light colored stone which then brings dim sun rays into the neighboring, beehive-shaped chamber. Near the center of the site are two concentric rings of stones, indicating an apparent altar. 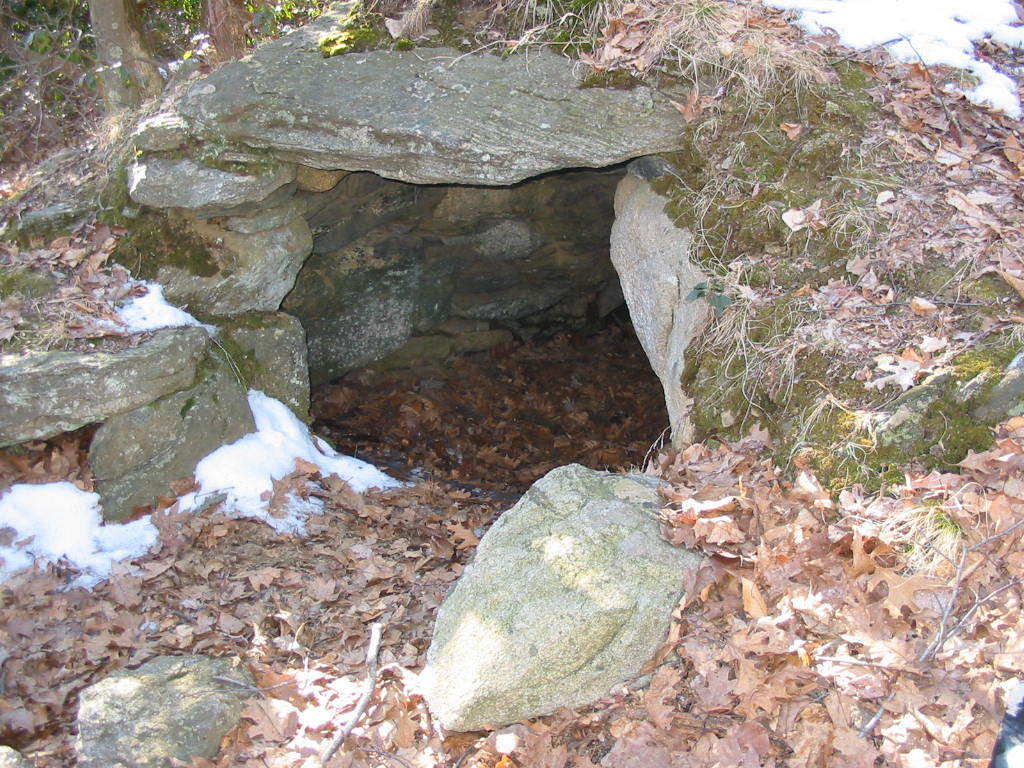 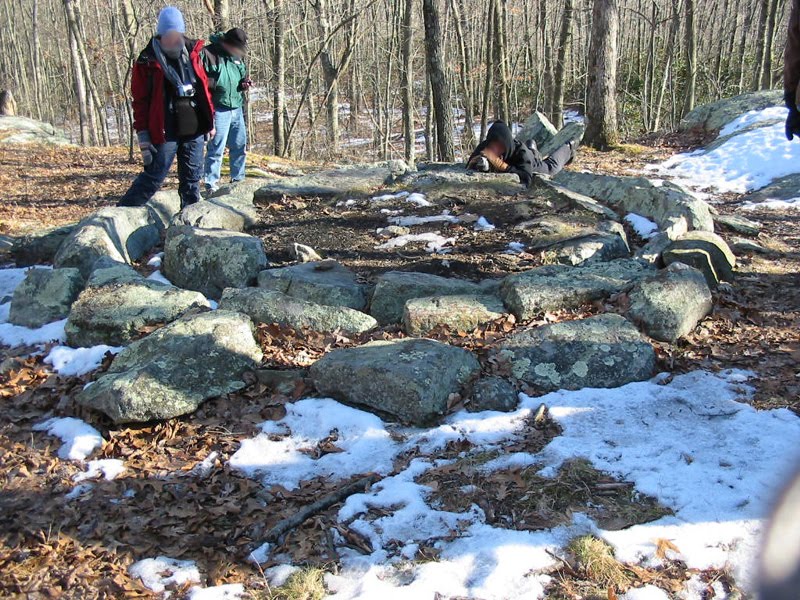 Gungywamp derives most of its allure from the widely disputed origins of these individual findings. Many scientists believe the two chambers served as colonial root cellars to indicate planting and harvest times through the reflected sunlight. Others believe the similarities to a proven slave settlement nearby suggest that the chambers are the remains of an African or Afro-Indian slave settlements. Still others believe that Mohegan or Pequot Indians built the chambers millennia ago to serve some of the long established settlements in the area. The most intriguing (and most widely disputed) claim is that the stones are evidence of a pre-Columbian European settlement, most likely Celtic Christian monks who explored and proselytized; however, more recent research has revealed the potential Christograms suggesting the monks’ presence is most likely simple graffiti. Other rows of standing stones with etchings claim no agreed upon origin. 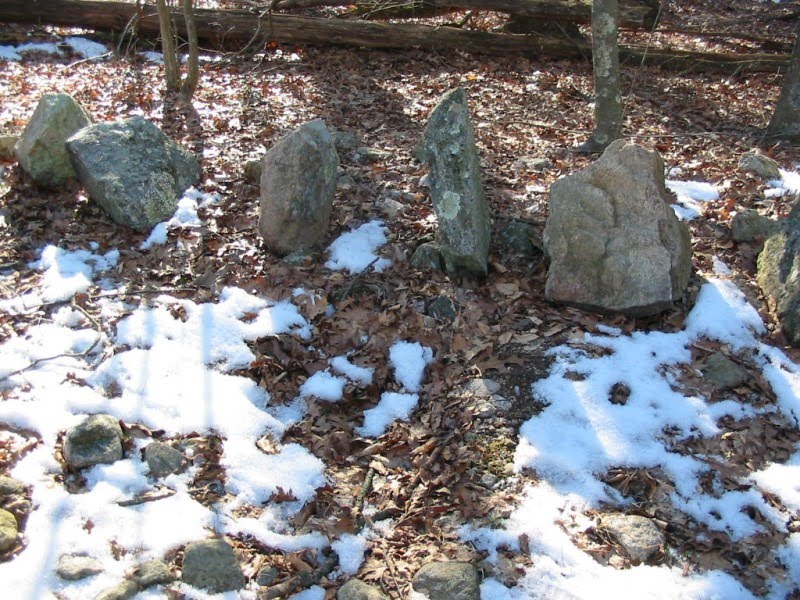 The land containing Gungywamp remains privately owned, though the State of Connecticut is slowly trying to acquire it for preservation, current budget problems notwithstanding. What gives Gungywamp an added layer of complexity and provocation is that it sits in Groton, the Town abutting the denser, more industrialized City of New London, which has hosted one of the most controversial and famous Supreme Court rulings of the decade—Kelo v. New London (2005). 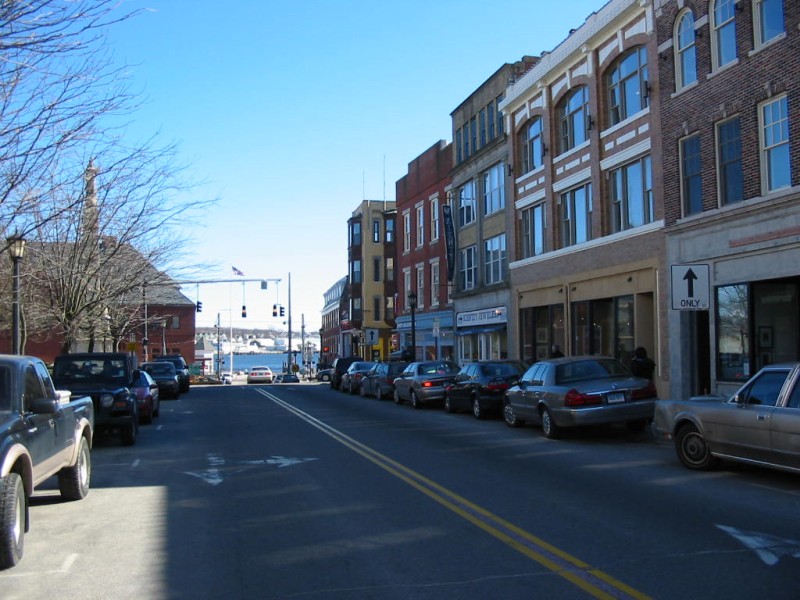 The case, which achieved widespread publicity and has elicited lingering debate, arose from the City of New London’s condemnation of a nine-acre cluster of aging—but not dilapidated—working-class homes in the FortTrumbull neighborhood along the waterfront. For the purposes of stimulating economic growth in the slumping city, the leadership applied eminent domain to seize these homeowners’ properties and reclaim it for a private company, Pfizer, who hoped to build a global research facility on the site, as well as an urban village with hotels and shopping. The Supreme Court ruled in a 5-4 decision that the City of New London was justified in using eminent domain to transfer the land from one private owner to another in order to promote economic development, a permissible “public use” under the Takings Clause of the Fifth Amendment. The ruling immediately angered the public nationally, with many surveys indicating over 90% of the population perceive this as an erosion of property rights. Though left-leaning interest groups have shown a slightly greater favor to the decision, many also disapprove of the notion of catering to large corporations at the expense of individual homeowners in intact neighborhoods. Numerous state legislatures promptly passed laws protecting homeowners from the Kelo decision; at least 40 states now have enacted some degree of property rights protection by amending their eminent domain laws. The debate on the Kelo decision will undoubtedly continue, though many law scholars construe the legal principles involved in the case to be sound. Meanwhile, Pfizer announced very recently that it would pull its 1,400 jobs in New London within two years and consolidate its observations a few miles away at its campus in Groton. The Kelo site sits cleared and undeveloped, leaving a windswept field along the coast where a neighborhood once stood.

I took these photos of Gungywamp and New London in 2004, a year prior to this case of which at that time I was largely unaware. One of the goals of Gungywamp’s strongest advocates is for the State of Connecticut to purchase the land, transforming it into a public park or even a historic landmark so that it will remain protected in perpetuity. Placing the property into the permanent care of the State would ideally codify the level of protection that the site’s advocates hope to achieve, amplifying its interest from a mere curiosity for the archeologically minded to a local treasure. (Its current status under private ownership means visitors must gain special permission, usually under the guidance of a Gungywamp Society member; Groton’s website currently makes no mention of it.) This elevated status as a historic park could not only instill a sense of collective ownership among residents of the Town of Groton, but advocates could also wield it as tourist attraction, promoting local economic development. Hearing those last two words in light of New London’s relationship with Pfizer should justifiably raise eyebrows, because it reveals the yawning chasm that rests between the two different applications of the term. Under Kelo, either the Town or State quite possibly could legally apply eminent domain proceedings to the Gungywamp site, claiming its appeal as an archaeological enigma should transform it to a regional park that encourages tourist spending in the area. Conversely, the Town could just as easily condemn the site and sell the land to Bristol-Myers-Squibb for a new research facility. I have my own suspicions on which of these two options would prove more financially lucrative. If the FortTrumbull neighborhood in New London had hosted a significant colonial event, if it was the birthplace of a major American figure, or it contained houses of widely perceived architectural significance, would Pfizer have enjoyed the same privileged buying power? Does Gungywamp’s dubious history as a pre-Columbian Celtic monastic settlement offer more tourist potential than the far more commonplace colonial or Native American ruin? Gungywamp’s protected status has improved since my visit—as of June 2009, the Society’s artifacts have migrated from a researcher’s home to the Connecticut State Archaeologist’s office—but the site itself remains privately owned and not yet subject to the above considerations regarding tourism and parkland. Harnessing the practices of economic development and historic preservation proves that they can be strange, uncomfortable bedfellows, particularly as they pertain to private property rights. And the goings-on in a sleepy corner of Connecticut may very well resonate nationally again in the future.

PrevPublic art: importing both the craft and the credulousness.
Improved photos and contacts.Next

2 thoughts on “Wading through the swamp of economic development and historic preservation.”