In the spirit of the Halloween season, I can’t resist but to reference a recent article from Retail Traffic magazine, which observed that, amidst these prolonged economic doldrums, retail landlords who are suffering from extensive vacancies are succumbing to the allure of “pop-up” stores. These tenants earn this name because they tend to pop-up for short times, with no intention of lasting beyond the specialized two- to six-month leases they’ve been able to negotiate. While the photo below derives from a suburban Indianapolis pop-up, I don’t plan to index it as such for this blog post because it could just as easily come from anywhere else in the country. 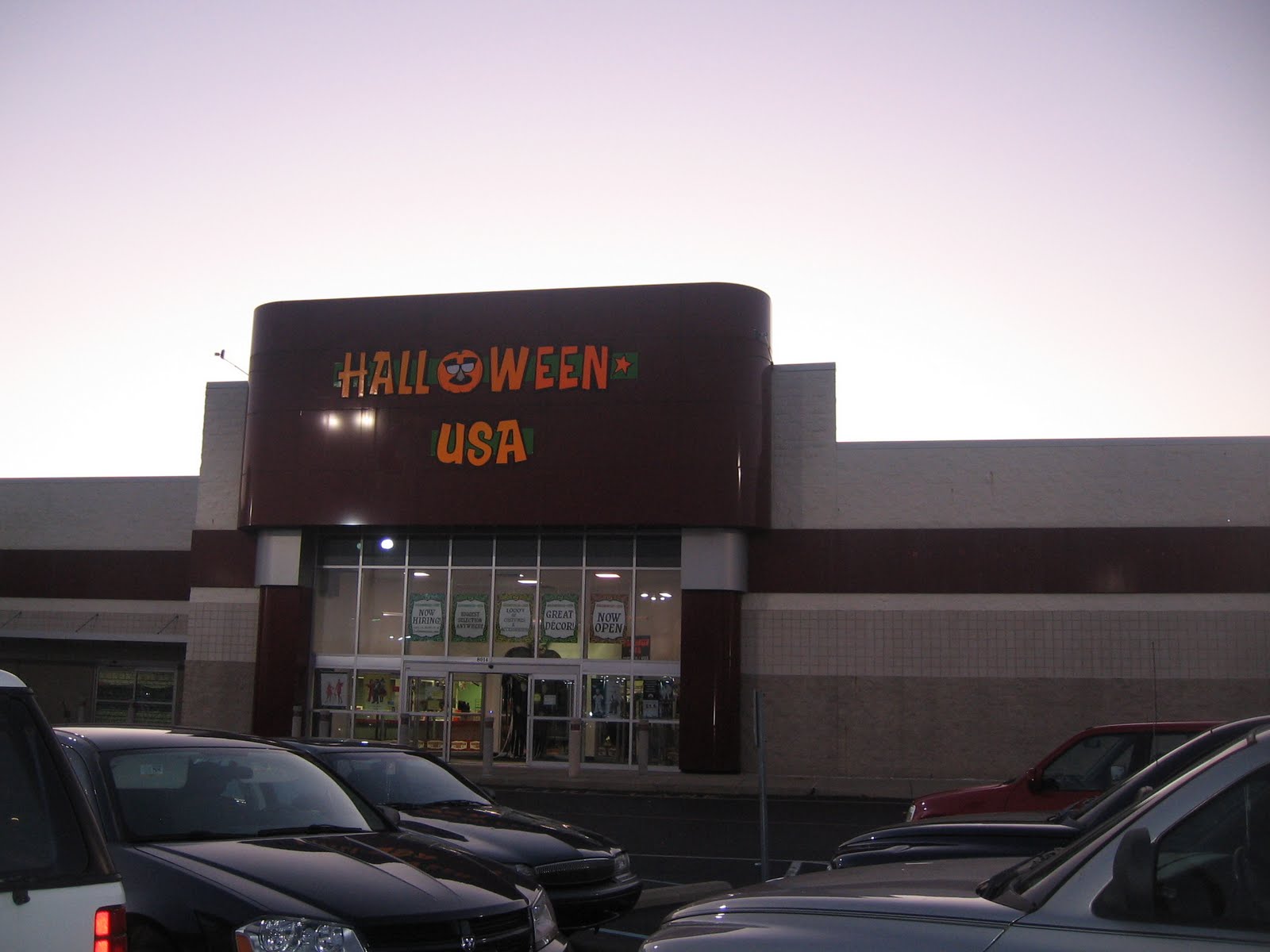 Seasonal stores such as these are among the most ubiquitous pop-ups, capitalizing on the particularly high vacancies in suburban strip malls: costumes for Halloween, tree-trimming for Christmas, or fireworks for Independence Day (in the states where they’re legal). It doesn’t require much scrutiny for those who know branding and exteriors to see that this tenant is leasing an old CircuitCity store. No doubt landlords across the country are filling the footprint from the now-defunct chain with Halloween stores; in this economy, it is unlikely that any other large enterprising retailer has swept the nation, permanently filling an old big box store like CircuitCity. Step inside of “Halloween USA” and the transience of this tenant becomes more apparent: 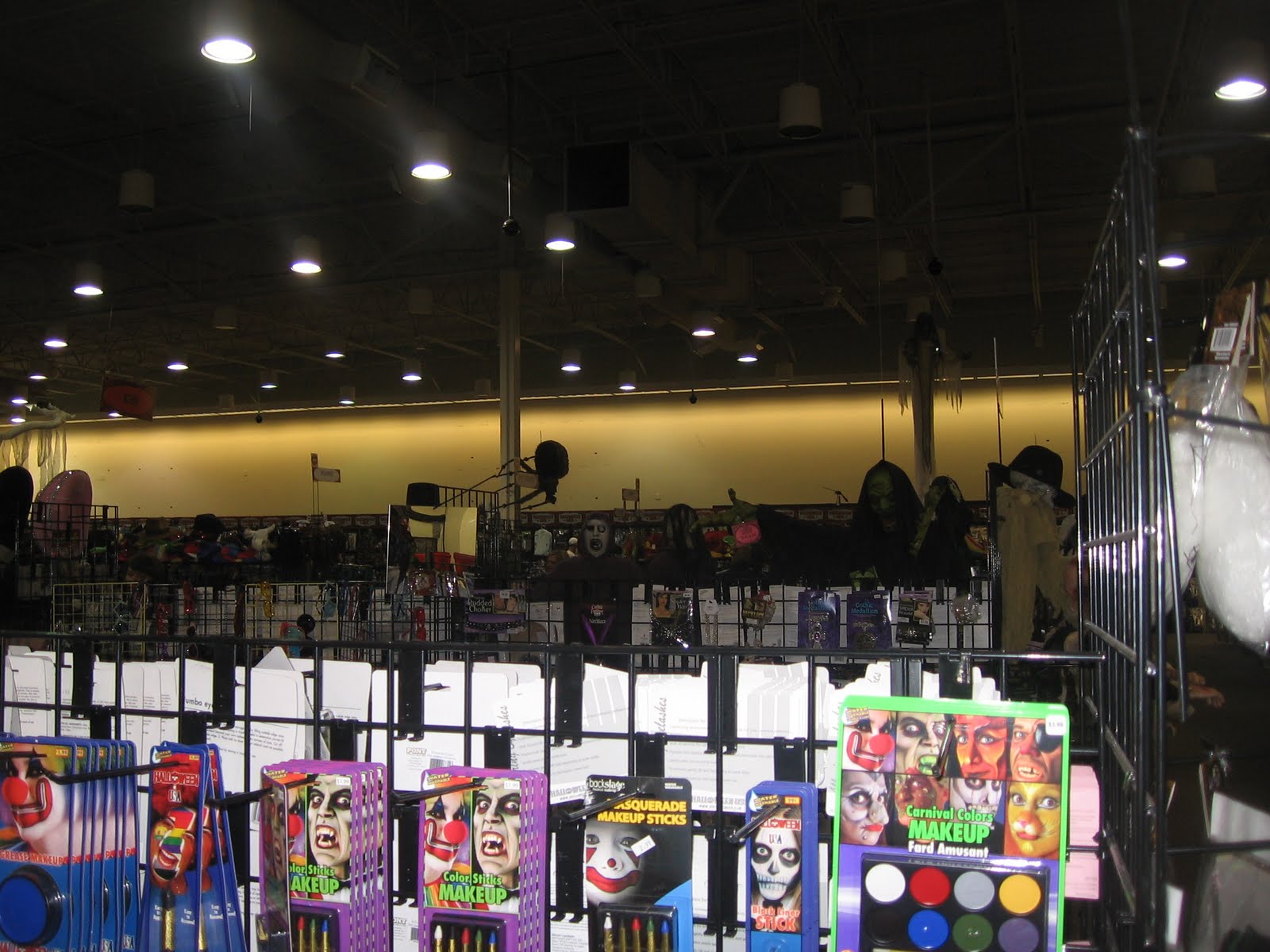 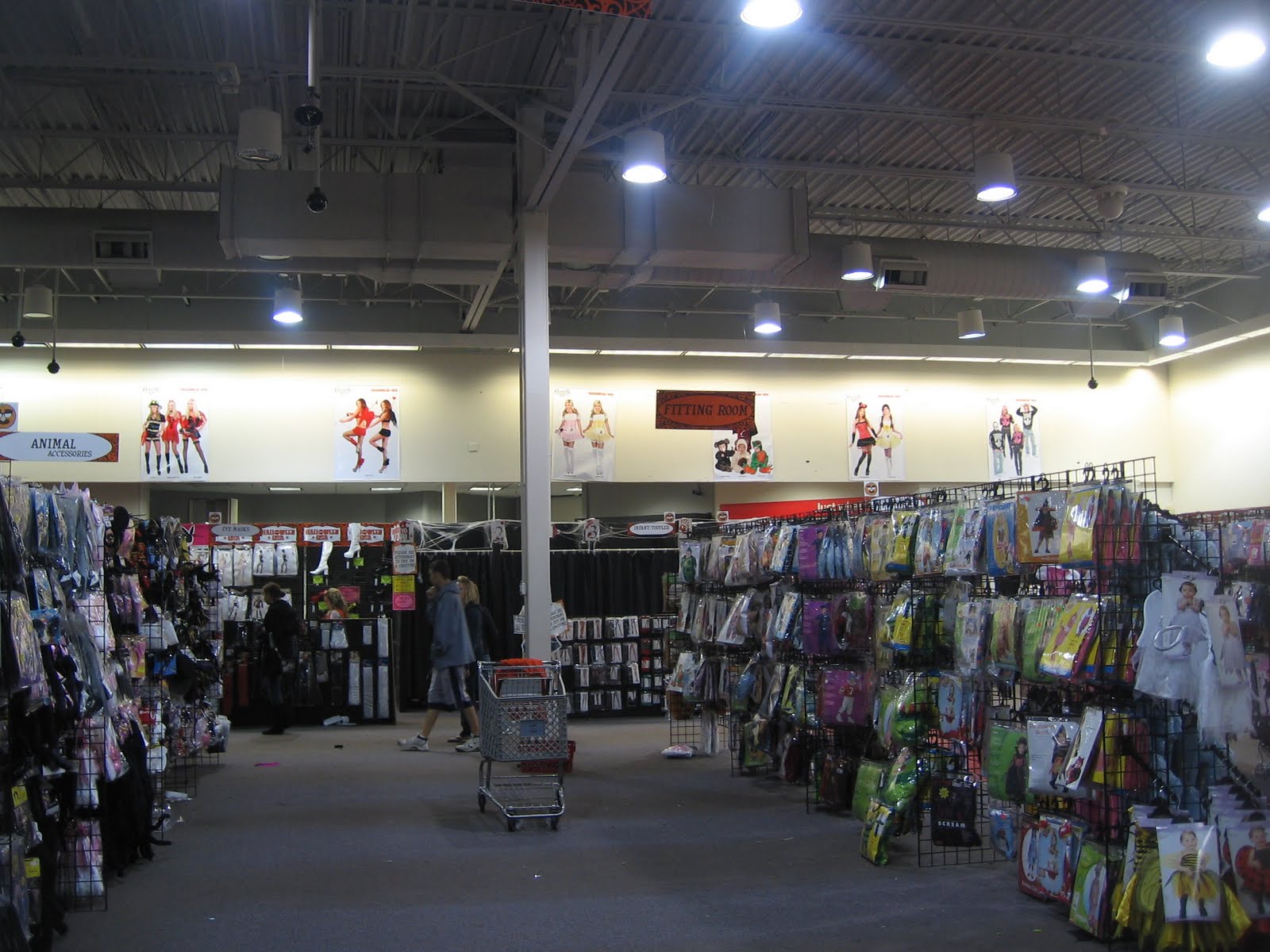 Minimal investment in signage; none in interior design. The store will probably close within a few weeks after Halloween, once inventory is more or less liquidated. A Christmas-themed outlet may immediately replace it, possibly managed by the same tenant but with a new inventory. Such has historically been the destiny of pop-us, of which everyone is familiar even if we have lacked a word for the term (largely out of indifference, no doubt).

Other off-again, on-again storefronts are a bit more subtle. Jackson Hewitt and H&R Block, among others, offer year-round tax preparation office in rare scattered locations, but far more familiar (because of their ubiquity) are the seasonal ones operating from late winter until shortly after that notorious April 15 deadline. Incidentally, the majority of these seasonal tax preparation offices do not function as pop-ups but remain shuttered the other six to eight months to a year, with signs up, furniture in place, and not a sign of life until the next tax season. These offices appear to operate under standard one-year or multiyear leases with no intention of remaining open the full year. The fact that a business can sustain itself on a conventional lease with only seasonal hours suggests the industry shares a few common characteristics: 1) operating costs are low and revenue during the “peak” is quite high; 2) the clientele drawn to these tax preparation services is also lower income; 3) the regional management benefits doubly from choosing low-caliber, largely vacant, or otherwise blighted retail centers to locate the seasonal offices because the rents are low and these tend to be more visible to their targeted clientele. This devastated strip mall in Plainfield (featured in a previous blog entry of mine on retail failure in successful suburbs) is a perfect example; witness the H&R Block sign peeping out behind the façade of a vacant WalMart: 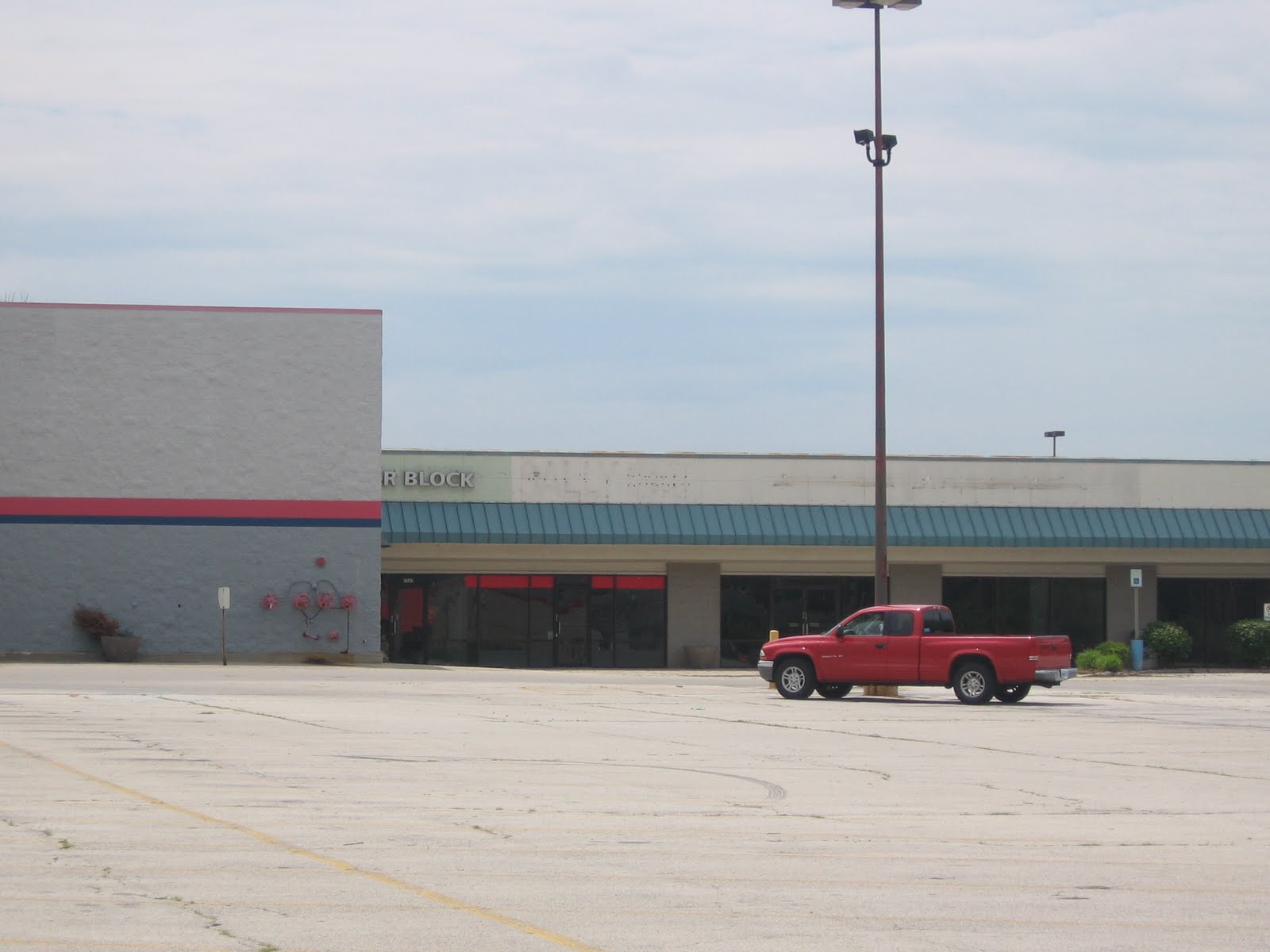 The Retail Traffic article, however, focuses its attention less on the aforementioned retail quirks and more on what is unique to this current profound recession: pop-ups from nationally recognized brands appearing in prime retail sites. Everything from Gap to Gucci are experimenting with new product lines through temporary outlets in major cities, while Toys ‘R’ Us plans to open 70 pop-ups this holiday to fill vacancies left by now closed rival KB Toys. I’m not aware of any major-brand incarnations yet in second-tier cities such as Indianapolis, but if the economic doldrums continue, here is what I anticipate we might see:

Such speculations on my part are based purely upon the cynical notion that this recession will last for years to come. Landlords hardly see pop-ups as desirable during normal economic circumstances, and when real estate fundamentals recover, none of the above points are likely to prove realistic. But the current fiscal crisis has hit home better than any previous recession the nature of how ridiculously overbuilt the American retail environment truly is. And pop-ups at least represent a lemonade-out-of-lemons method of experimentation that may elicit the sort of discoveries that allow those in commercial real estate to learn from past mistakes.

PrevChicago keeps Carless Joe out of his own park.
In case it was unclear the first time, say it again.Next