In case it was unclear the first time, say it again.

Sometimes what seems like a message conveyed in an embarrassingly stupid manner actually belies a broader array of complicating cultural implications. Take this sign on the side of a private building in an urban neighborhood, for example: 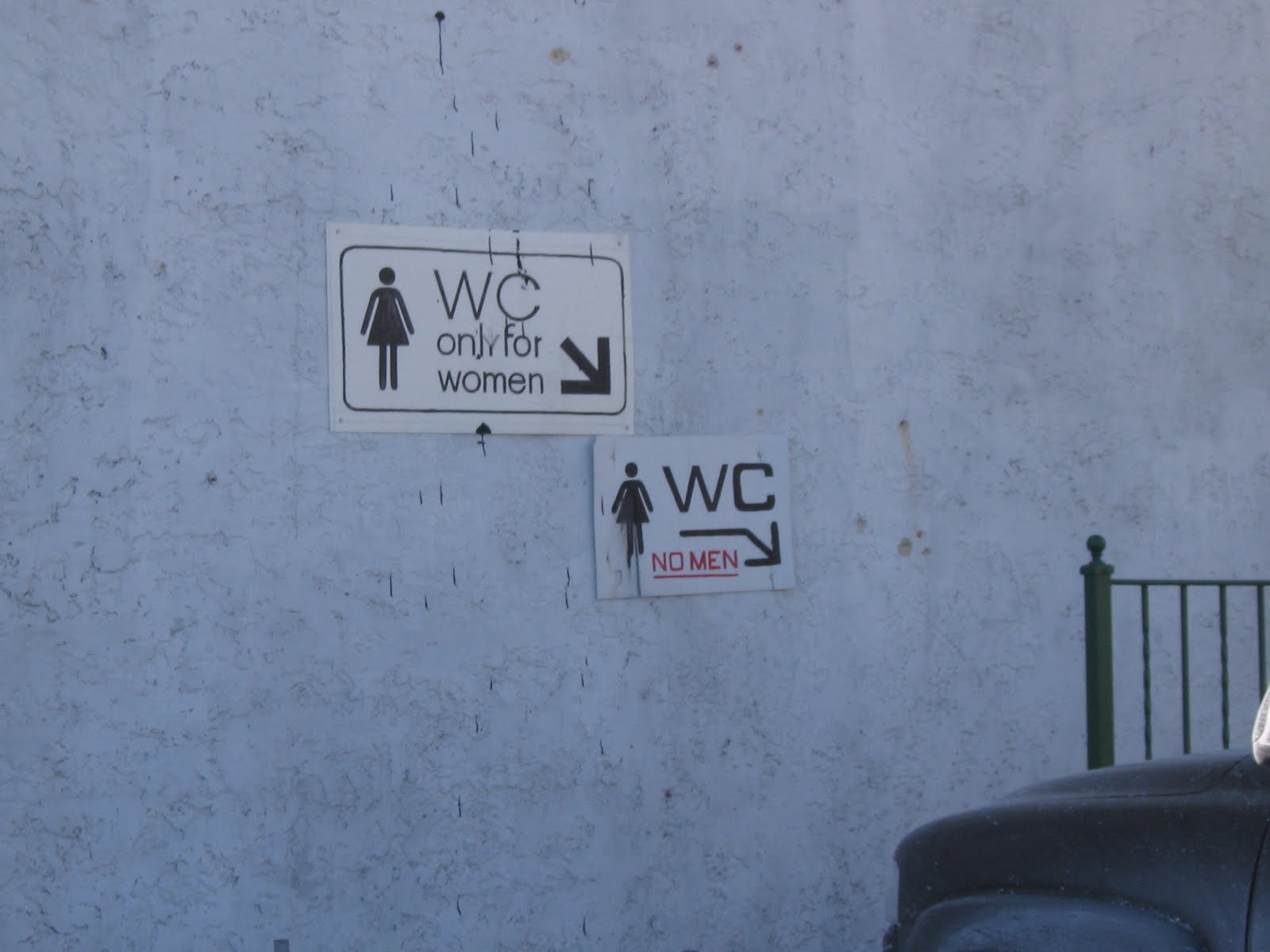 The universal symbol for female, coupled with writing emphasizing its exclusivity to that one gender. Was it really so unclear that the owner of the restroom needed to post two signs side-by-side? The juxtaposition of two nearly semantically identical alerts suggests that one alone wasn’t doing the trick. The original sign (most likely the larger one in the top left) conveys the message a bit more delicately, while the smaller sign peremptorily restricts men with underlined red lettering. The surrounding population of the neighborhood is predominantly foreign-born, so maybe the English is difficult for some, but even then, it’s hard to imagine that potential users might mistake the woman symbol on both if these warnings, an icon whose crudeness makes it that much more ecumenical.

These postings rest on a building along Newark’s Ferry Street, the principal commercial corridor of the Ironbound, a solidly stable working and lower-middle class neighborhood in New Jersey’s largest and historically most troubled city. The neighborhood, like so many in the immediate suburbs west of New York City, is a melting pot of recent arrivals, but the Ironbound bears the distinction of holding the highest concentration of Portuguese immigrants in the country. Their presence along Ferry Street is manifest through the numerous eateries and variety stores, though other symbolic cues spaced throughout the community remind the visitor of this as well: 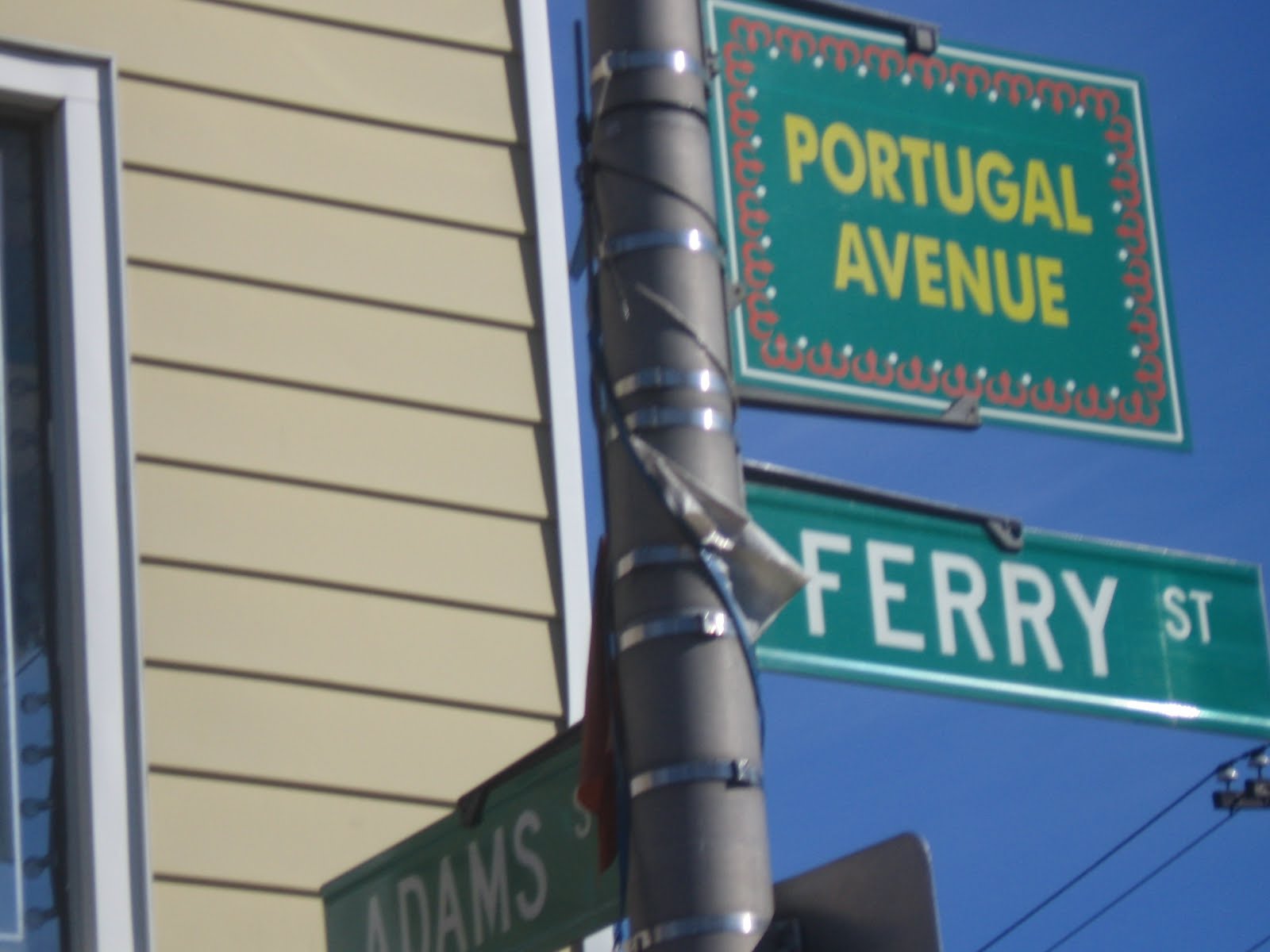 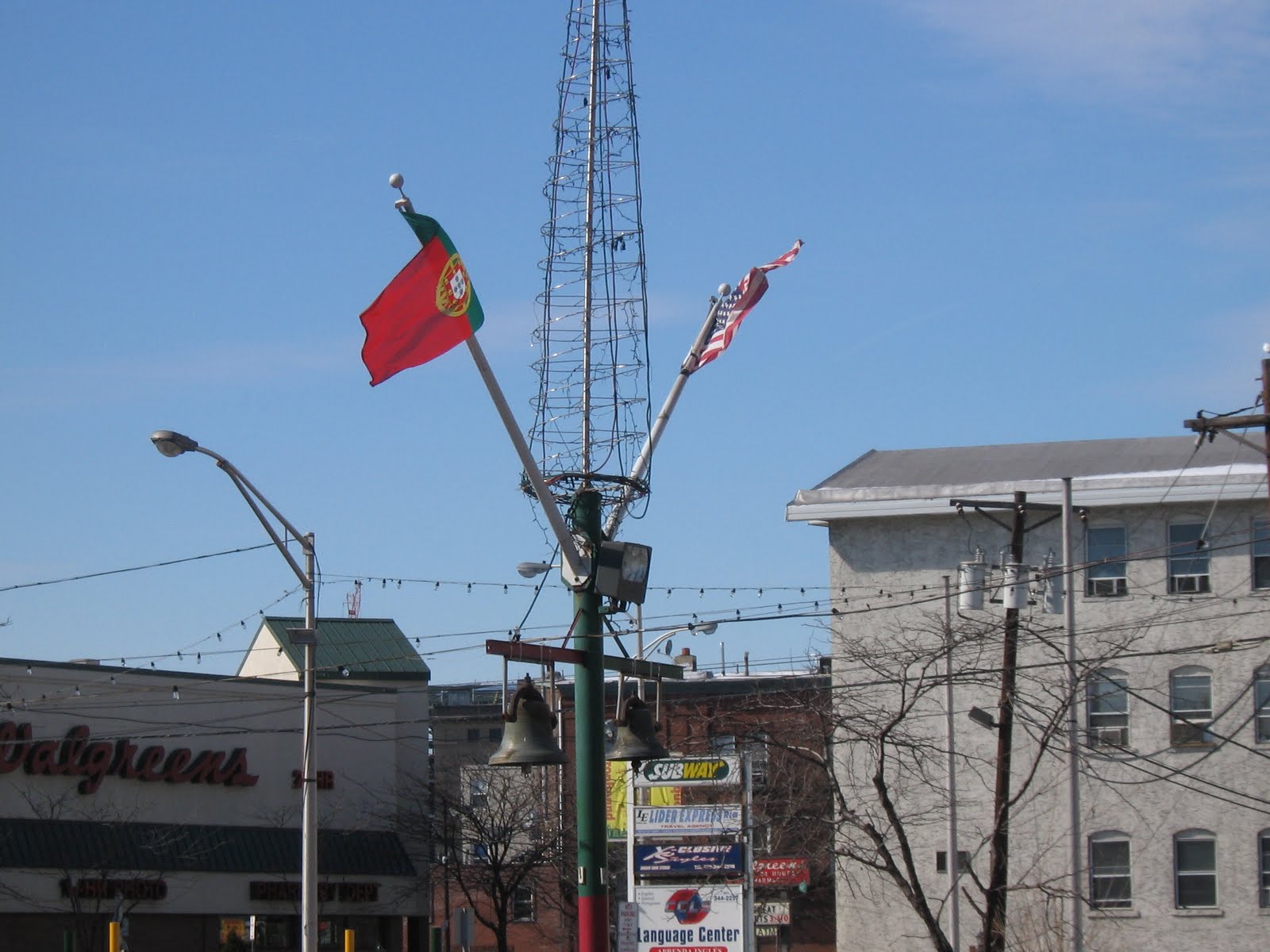 Not surprisingly, that’s the Portuguese flag protruding to the left. What distinguishes this community from others across the country—as well as there in northern New Jersey—is it is one of the few remaining epicenters of western European migration. While even as recently as the mid 20th century, the most common nation of origin for foreign-born persons was Germany, today the immigrant pool derives overwhelmingly from Latin America, with some concentrations of Asian born immigrants scattered across various enclaves. This excellent map from the New York Times demonstrates the shift in immigrants’ source countries over the past 120 years. Thus, Newark’s Ironbound is all the more of an anomaly for continuing to this day to harbor a decidedly western European flavor at a time when immigration to the US from that part of the world is relatively minimal. In an era when immigrant enclaves are far more likely Latino, Asian, or African, a neighborhood of immigrants from an EU member nation seems almost quaint. The distinctiveness of a Portuguese enclave has elicited some cachet—it has increasingly become a fashionable destination among New Yorkers seeking a good Iberian meal, and a Galician Spaniard or Portuguese visiting the States are likely to pay Newark a deferential visit. (Even this neighborhood, however, is ostensibly showing signs of ethnic erosion, since new Portuguese immigration has dwindled considerably in the past two decades, replaced by a growing Brazilian immigrant population, no doubt drawn to the area through a linguistic affinity.)

Returning to the signage, one cannot help but wonder if the owner was trying to eliminate confusion for the out-of-towners rather than the locals. The choice of the letters WC for “Water Closet” is a curious one, though it is widely used in some western European countries. I know it is preferred by many in Germany, even though the direct German translation of the words “water” and “closet” would start with different letters (or at least “closet” would). The term “WC” is virtually unheard of in general American parlance, even if some Americans can figure it out (in the same way they know what “loo” means even if they rarely use the term). It could be that the first layer of ambiguity comes from trying to interpret what activity the sign is trying to promote to women; a larger portion of the population is likely not to know what “WC” means in this country than, say, Portugal.

The second unclear component could come from the fact that a women’s restroom exists here in isolation, defying the usual standards for gendered restrooms to operate adjacent to one another. Much to the men’s chagrin, there is no counterpart WC for them, at least not in this location, which defies conventional cultural expectations here in the States. Perhaps it is a more common practice in Portugal to provide a greater spatial separation between gendered restrooms? An initial glance at this sign would suggest that someone (either the creator or its intended audience) is coming up short in the brains department, but like the majority of “folk signage” across the American landscape, its function straddles multiple cultural goals.

PrevRetail goes “boo.”
With friends like the DPW, who needs enemies?Next

One thought on “In case it was unclear the first time, say it again.”