When a better (no, perfect) deal is only 20 feet away.

Planners and economic geographers have long dissected the negative impacts to urbanism induced by the provision of vast stretches of off-street parking in central business districts; Donald Shoup’s The High Cost of Free Parking is simply the most high-profile of many evaluations of the embedded inefficiencies created when public officials do their utmost to distort parking provision so that it almost operates like a public good. Shoup’s line “Off-street parking requirements are a fertility drug for cars” almost serves as an aphorism for understanding land use in cities.

Most planners reserve their vitriol for off-street parking, recognizing it as an unfortunate necessity that should, whenever possible, rest underground in garages, or stack upwards through above-ground facilities (ideally with retail or offices on the street level). Through these remedies, every 160-square-foot rectangle within the larger parcel can at least accommodate more uses than a mere resting place for private vehicles.

Conversely, on-street parking is particularly desirable because it accomplishes a multitude of roles: 1) it is more spatially efficient, requiring less additional pavement for ingress and egress than a parking lot would; 2) it often serves as a buffer between the sidewalk and the cartways of a road, shielding pedestrians and discouraging drivers from speeding; 3) it promotes flexibility by spreading parking availability across a wider terrain instead of concentrating it in lots or garages; 4) metering allows the assignment of a particularly precise temporal value to using a space, sometimes up to an exact minute. Recognizing that man cannot live by bread alone, no public official would recommend abolition of downtown parking with the expectation that all downtown visitors would rely solely on public transportation. But most see on-street parking as the first and best choice for mitigating urban parking demand, and meters make such parking particularly desirable for motorists who demand a space for a particularly short time frame.

So, if metered on-street parking is such a smart anodyne to parking woes, how are motorists to respond if they find equally convenient on-street parking and it’s free? That exactly what they’ll get if they travel to the 1000 block of Senate Avenue in Indianapolis. 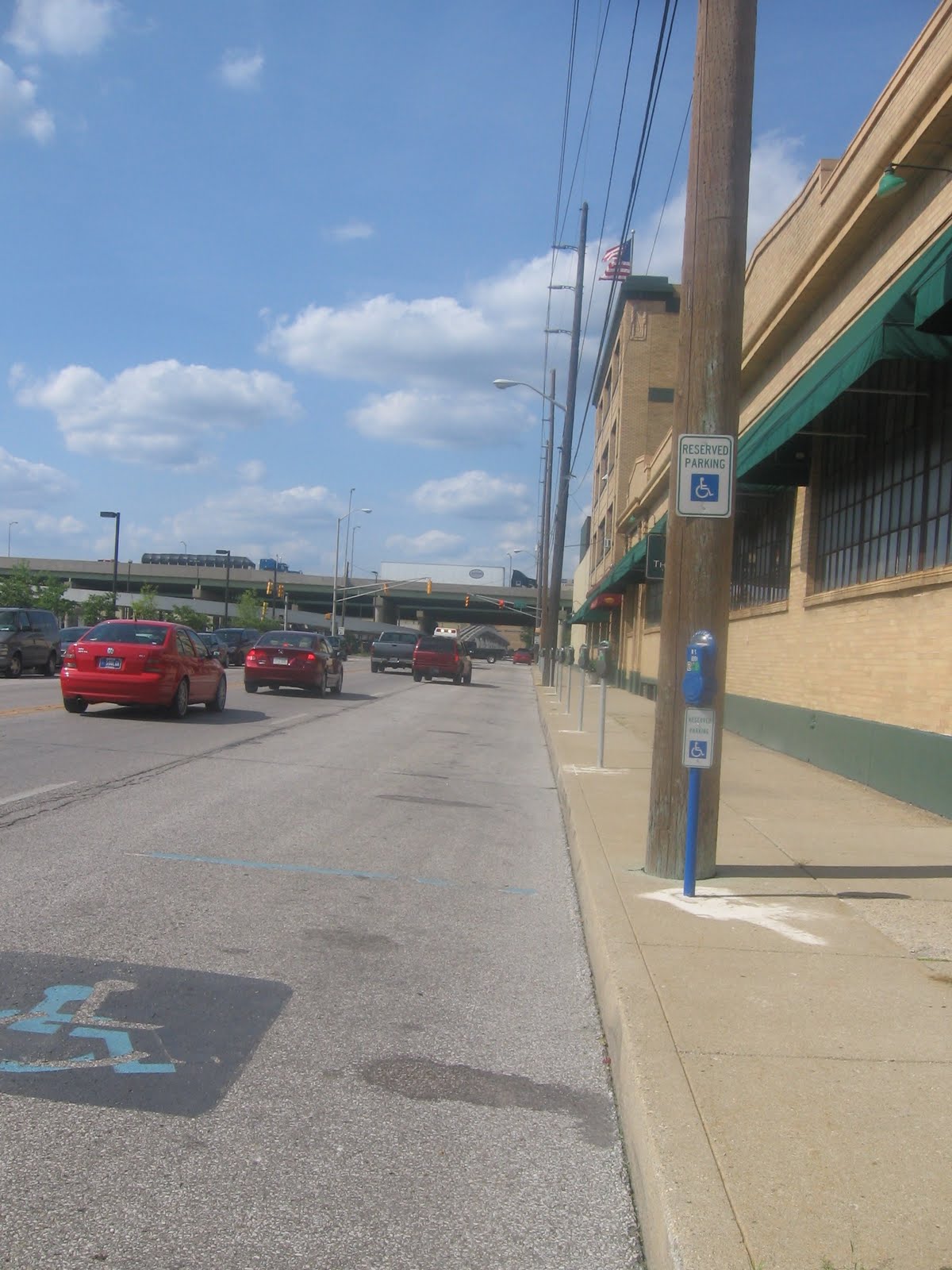 The east side of the street has evenly spaced meters. Notice that it is empty of parked cars. And here is the west side of that same block: 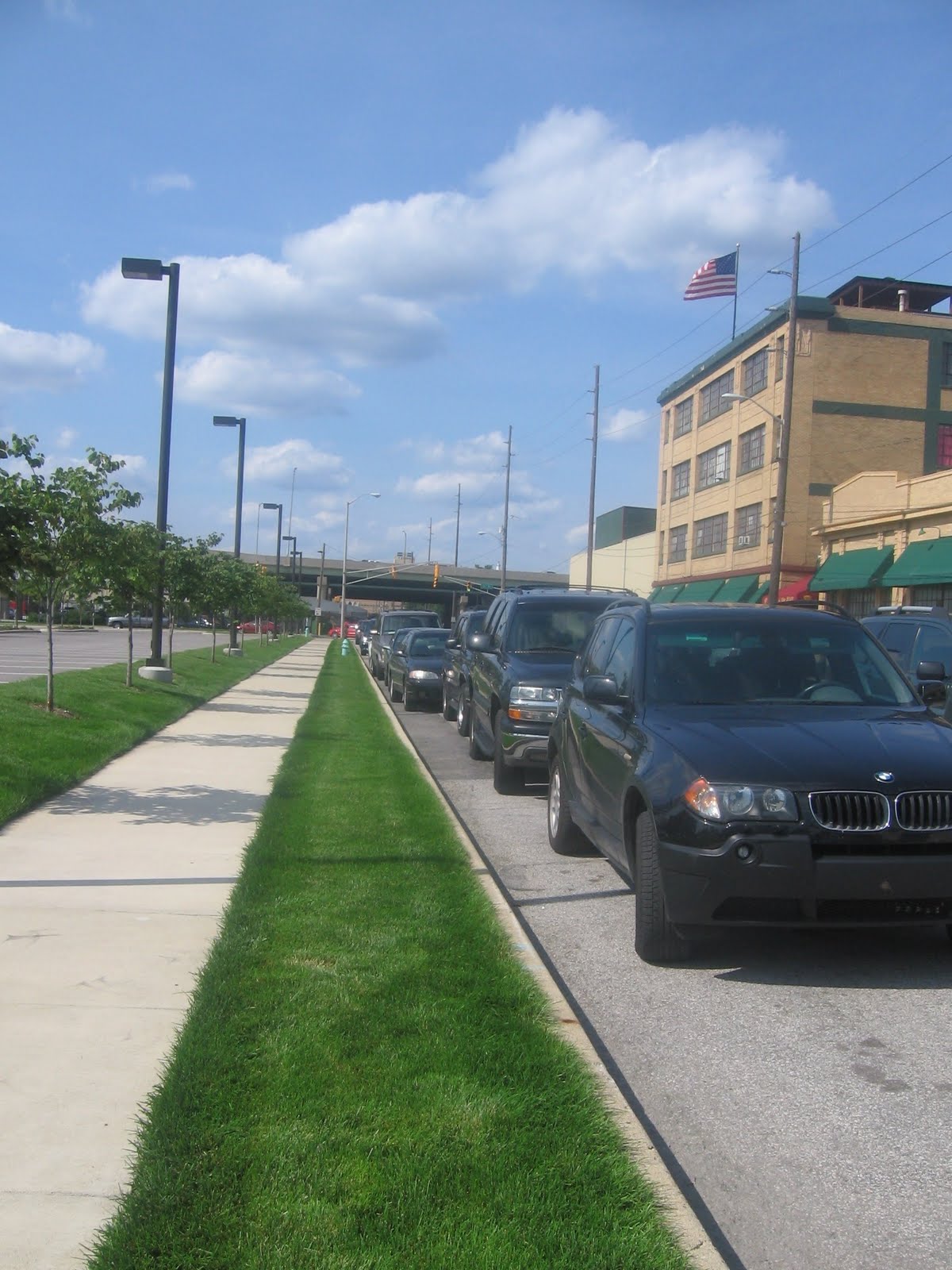 No meters, and filled with cars. It doesn’t take a doctorate in economic psychology to figure this one out. Most people, often unconsciously, operate in this frame of mind when seeking urban parking:

1) They want something close to the destination but are willing to walk a bit (usually four blocks maximum) if another option costs less.

2) Because of rule 1, they will often loop vigorously around city streets seeking a cheaper, metered parking space for quite some time before surrendering to a garage or off-street lot.

3) Rules 1 and 2 are immediately null and void if they find free parking, and they will be willing to walk great distances (sometimes up to 12 blocks) if they secure such a space without charge.

These are of course broad generalizations, and the more affluent motorists may shrug at paying a high price if it means convenience and proximity to their destination. But the above photos suggest that, on a broader level, pricing is always critical at determining desirability of parking—more than proximity to the destination, or security of the garage, or the convenience of a surface parking lot, or the difficulty far too many suburbanites have at parallel parking.

Which makes this scenario on Senate Avenue seem all the more ridiculous: who would pay for a metered parking space when there is a perfectly legal free option on the other side of the street? The answer is obvious: no one. And with other blocks of unmetered off-street parking not so far away, it is most likely safe to assert that the meters on the east side of the street do not bring in a whole lot of coin. This occurs at a time when the city, sore from diminished revenue, may be forced to cut $500,000 of support for organizations such as Indianapolis Downtown Inc, whose mission is to encourage further development downtown through beautification and promotion.

Now I recognize that parking meters are scarcely a panacea for budget shortfalls, but they are certainly less politically controversial than major structural alterations to citywide taxation, such as a removal of the property tax cap or a raise in income taxes. The city is already considering ways to boost revenue by privatization of meter collection services, while raising rates and increasing hours of meter enforcement, as I mentioned in an earlier post. These considerations are perfectly valid, but one that is likely to cost even less political capital would be simply to install them in areas where they do not yet exist. It is generally understood by the public that most large metro areas require at least a nominal fee for downtown parking during peak hours, so installation of meters here (especially when they already exist across the street) is more likely to be interpreted as addressing an oversight rather than an underhanded way of extracting more money from the motorist. Attempts to protest the installation of meters here, at many of the bridges along the canal, or other sites with free on-street parking will most likely be smothered by the prevailing understanding that this is the least draconian method of ascribing a uniform value to these coveted parking spaces.

Most people will choose an available on-street parking space before a gated lot if the former costs less. Thus, any city looking to boost revenue moderately but painlessly may first consider scouring those subtle locations where free parking exists simply due to the failure to include meters. In many instances, these numbers will prove nominal, but it will provide a larger base from which to build for any other city-wide meter adjustments, such as raised rates or increased enforcement times. These spaces along Senate Avenue achieve an even greater degree of irony when one considers the block along which they rest. Look just a little to the margin of that free on-street parking, and this is what you see: 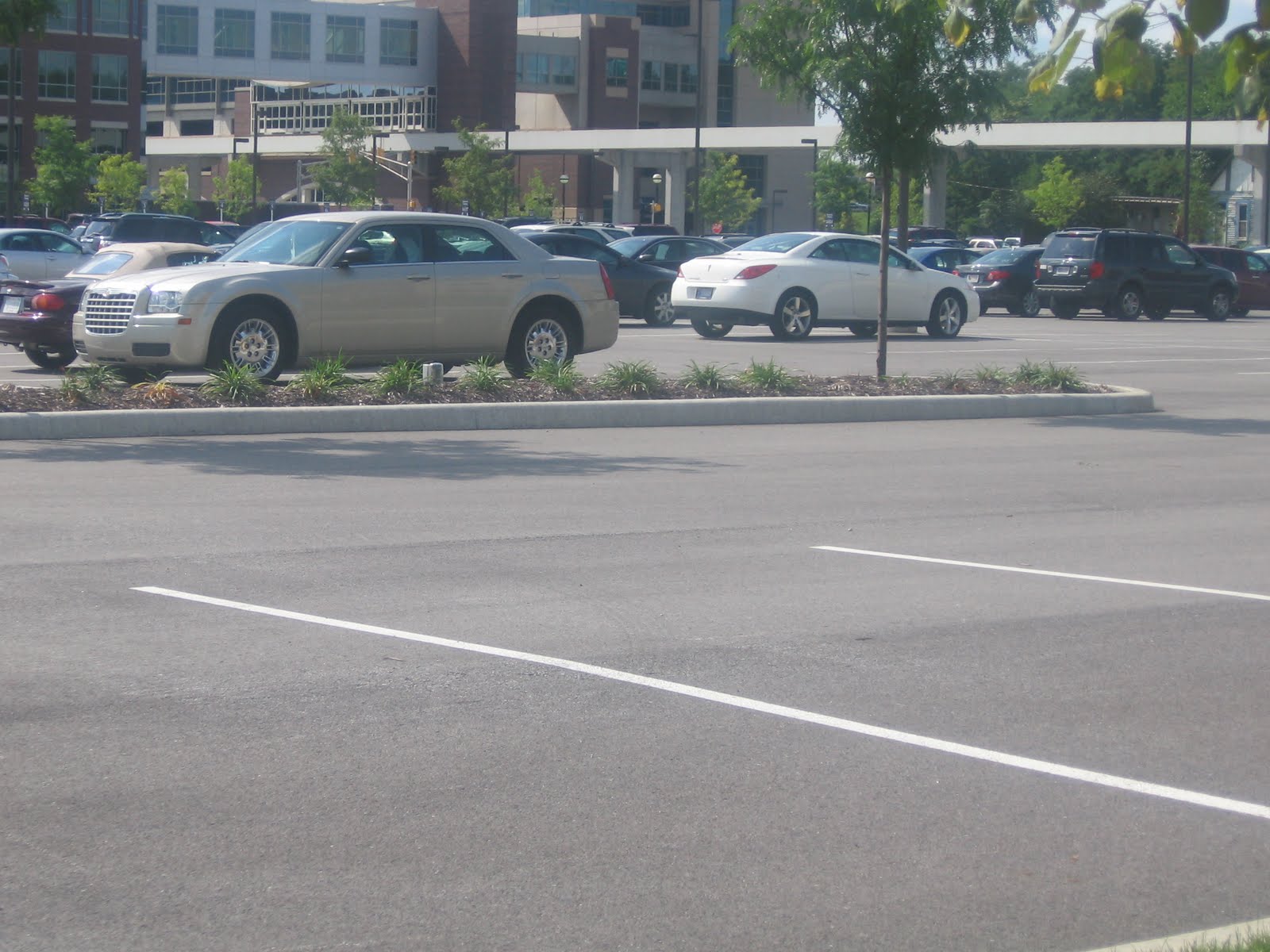 An ocean of off-street parking available to employees at the Indiana University School of Medicine’s Fairbanks Hall building in the background left. Essentially the meters service a suburban corporate complex, with 15 to 20 spaces of this huge off-street lot available to unaffiliated visitors. I can hardly know whether those visitor spaces were full at the time of these photos, or whether the people using the free on-street parking even had business in Fairbanks Hall. But with provisions like those, my same three principles would apply: the visitors will use the free parking first, either on-street or in the surface lot, long before the meters will enjoy even the slightest ripple of motorist use. Thus, because the IU Medical School has provided free off-street parking—the perpetual gadfly of planners—it has almost completely devalued any on-street parking nearby. Could it be that the abundance of off-street parking provided by the State—embodied through Indiana University School of Medicine—only serves to trip the heels of the City, embodied by the parking meters? Parking may be more complicated than it seems upon an initial observation, but when a state agency is siphoning revenue away from a city agency under whose jurisdiction the State has property interests, one would hope they’d reach a mutual understanding on parking provision that wouldn’t result in the spatial equivalent of deadweight loss.