Sidewalks are just too bourgeois.

Fellow blogger Urbanophile recently pondered the absence of sidewalks in a high-end recent development in Nashville city limits. He marveled at an upmarket subdivision within the city limits having sidewalks on only one side of the street. Nashville, which apparently has suffered recent negative press for its pedestrian unfriendliness, outdoes any Midwestern city in terms of its lackadaisical attitude toward pedestrian infrastructure. It was upon reflecting upon the image that Urbanophile provided from Nashville that led me to ponder what I witnessed recently in an even more upscale subdivision in Lake in the Hills, a distant and rapidly growing exurb of Chicago: 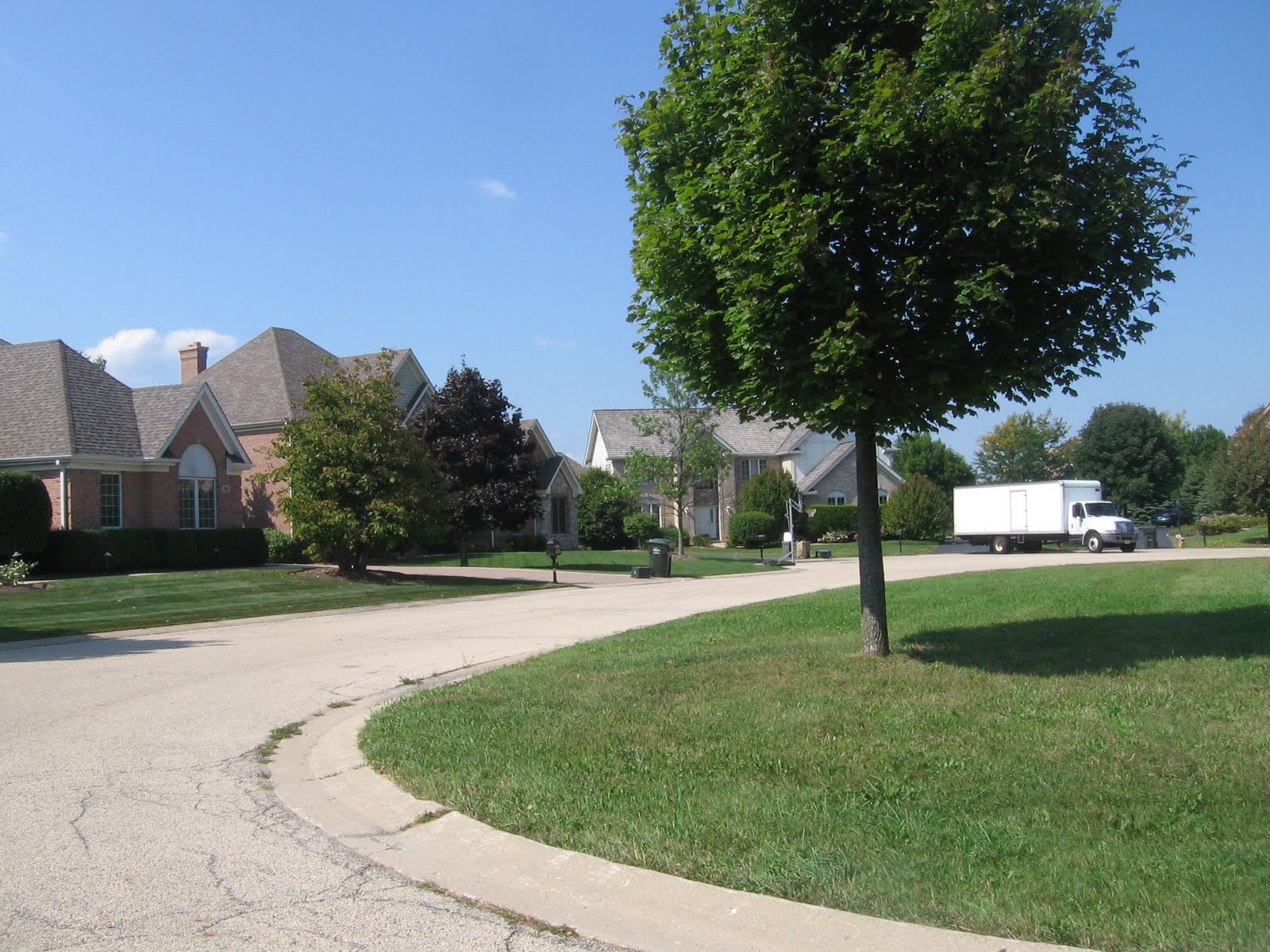 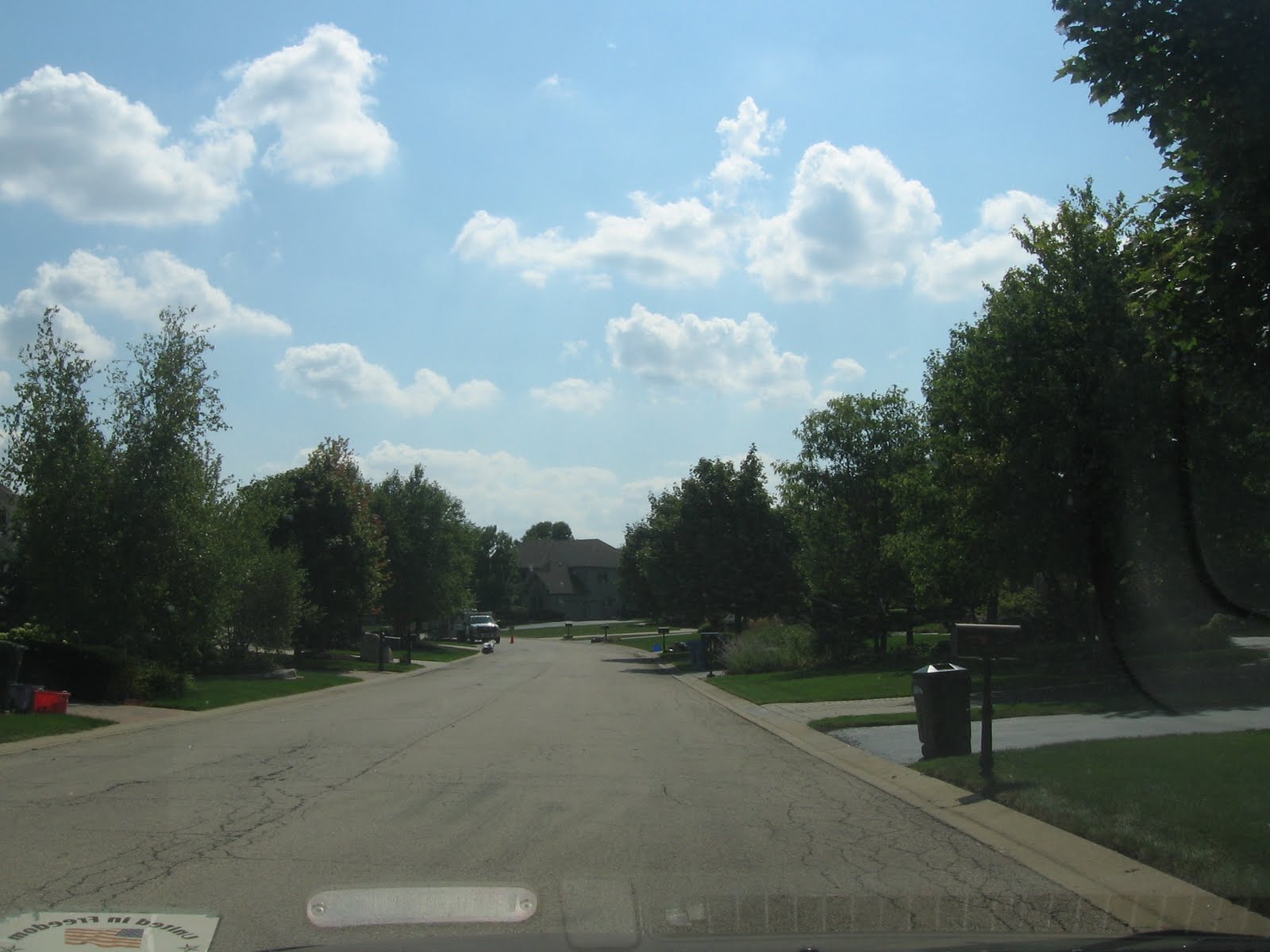 Granted, this is a very distant suburb: over 50 miles from the city center. And McHenry County barely grazes Cook, the central county of the metro. But it remains well within the sphere of influence of Chicago. This treatment of sidewalks struck me as even more unusual, given how consistent Chicago’s muscular pedestrian infrastructure is: sidewalks on every block, closely spaced streetlights, crosswalks and crossing signals at every intersection. And such consistency extends well into the older adjacent suburbs such as Evanston, Cicero, Oak Park, and Skokie, all of which are quite well-scaled to pedestrians, if far less densely populated and possessing their fair share of auto-oriented shopping centers. Even the rest of Lake in the Hills seems to be striving for a good pedestrian infrastructure of sidewalks and wide shoulders for bike lanes on its major streets, while the non-gated, less affluent communities have sidewalks on both margins. And yet somehow this subdivision, the Boulder Ridge Country Club, failed to include this standard feature.

This oversight becomes all the more surprising when one considers that it is an affluent area catering to people who are most likely to be choosy about the amenities in their suburban community. Perhaps the developers figured they had done all they need in keeping it a gated community structured around a golf course: 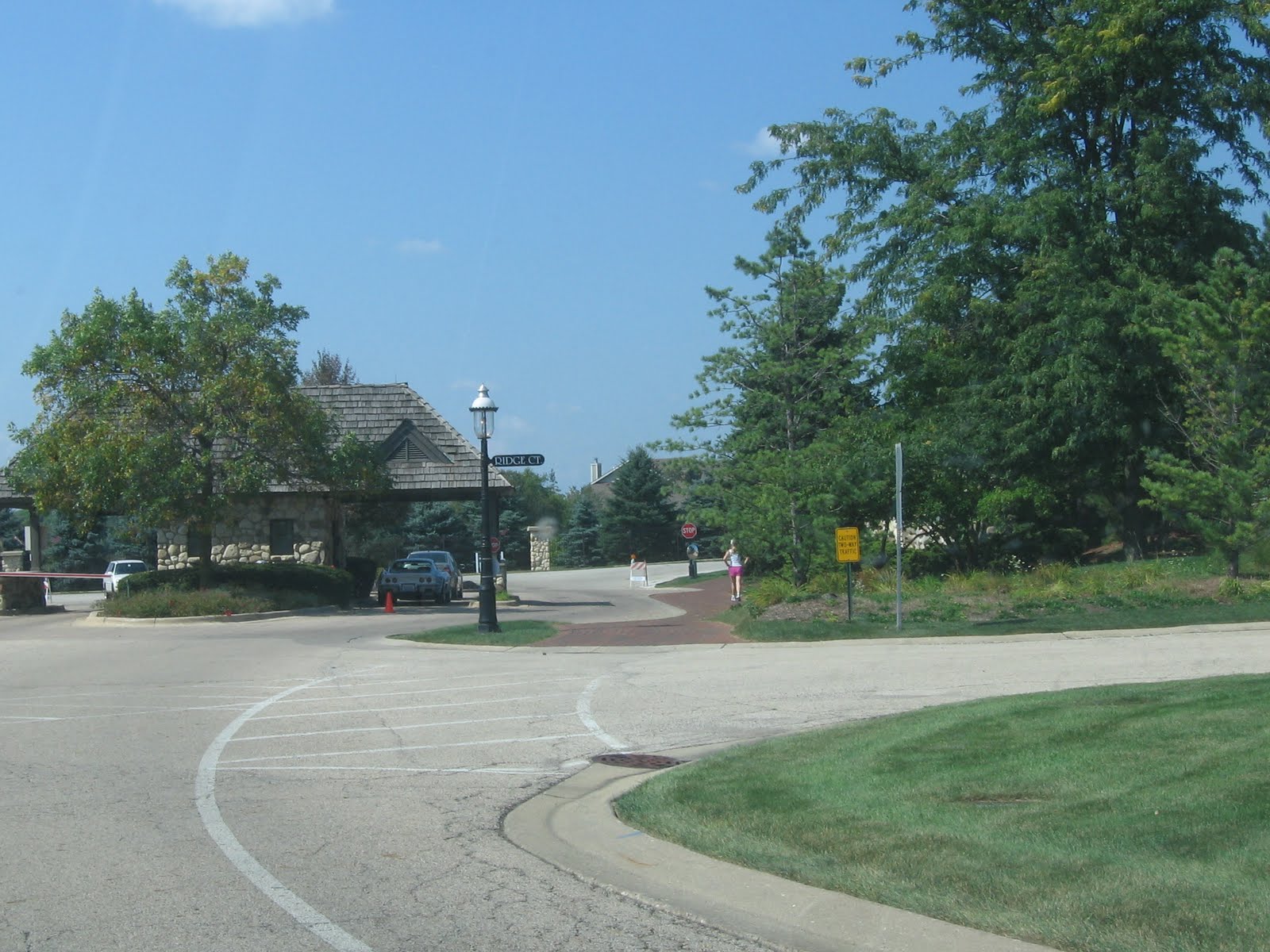 The brick path just to the right of the guarded entry point is the only evidence of a sidewalk, which abruptly ends at the first intersection. The white striping visible in the road demarcates a dedicated lane, which frequent signs indicate is reserved for golf carts. I am not going to bemoan the existence of a gated community in this blog entry: they already exist, they’re proliferating, and they clearly meet a growing market demand. What surprises me is that the residents have traded in the safety of pedestrian comfort for the safety of inhibiting the entry of strangers, as though the two phenomena are mutually exclusive. Perhaps the homes in Boulder Ridge predate any sidewalk ordinance for the city and county, but the growing desirability of safely taking a stroll in the neighborhood (even when, as in all of Lake in the Hills, there is no pedestrian-scaled retail to walk to) should have been a moot point to the developer. Is traffic here so rare that pedestrians should feel comfortable walking along the sides of the streets? Do rich homeowners have less of a need for walking? Is crime facilitated by making a place more accessible to people on foot, who must be poor if they are approaching a neighborhood such as this without a car?

It’s impossible to know exactly what the developer was thinking, but Boulder Ridge in Lake in the Hills reveals a community with a skewed perspective on what constitutes safety. I can’t help that wonder, in a subdivision that is such an exception to metro Chicago’s generally conscientious norm, if these homes may find resale values to suffer somewhat from the exclusion of an obvious enhancement. Even though a pedestrian fatality in Boulder Ridge is unlikely, the omission of this feature only helps to draw attention to the need for municipalities to devise plans for exactly what they hope to achieve through their pedestrian environment. Implementation of these plans can occur through legislation, mandating sidewalks to the point that developers will pass these costs onto the homebuyers (who from the looks of Boulder Ridge can most likely afford it). Or it can occur through direct infrastructural investment. Regardless, something as mundane as the absence of sidewalks in a nice neighborhood reveals an astonishing lack of foresight on the part of both the developer and land use regulators.

PrevStairways as an unanswered question.
When a better (no, perfect) deal is only 20 feet away.Next

3 thoughts on “Sidewalks are just too bourgeois.”