Keeping up with the Vicksburg Joneses.

With this post I break with my longstanding (almost two months!) tradition of featuring primarily outdoor landscapes—here I include my first interior. Witness below a fashionable bar I visited on a trip with a few friends: 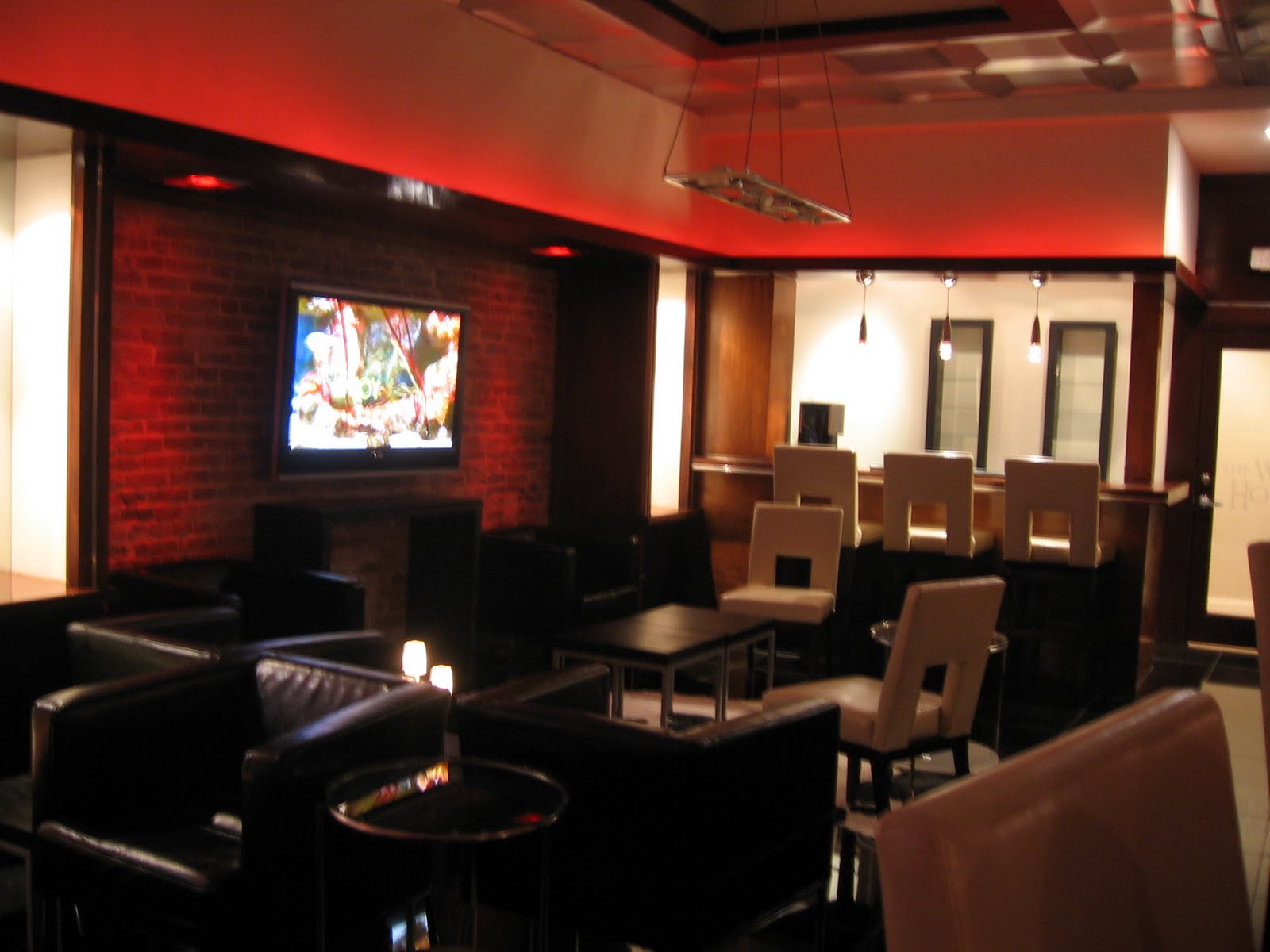 The photo quality is poor, but anyone can tell it is scarcely a dive bar. From the plasma screen on the exposed brick wall to the leather chairs, it made us think of a swanky bar along the Sunset Strip. And I’m scarcely a good critic of interior design. But this isn’t Los Angeles; it’s Vicksburg, Mississippi.

Clearly I was being unfair to Vicksburg, a hilly, reasonably well-preserved Southern river town about 35 miles west of Jackson. My apologies for lacking the foresight at the time to make this a good panorama. 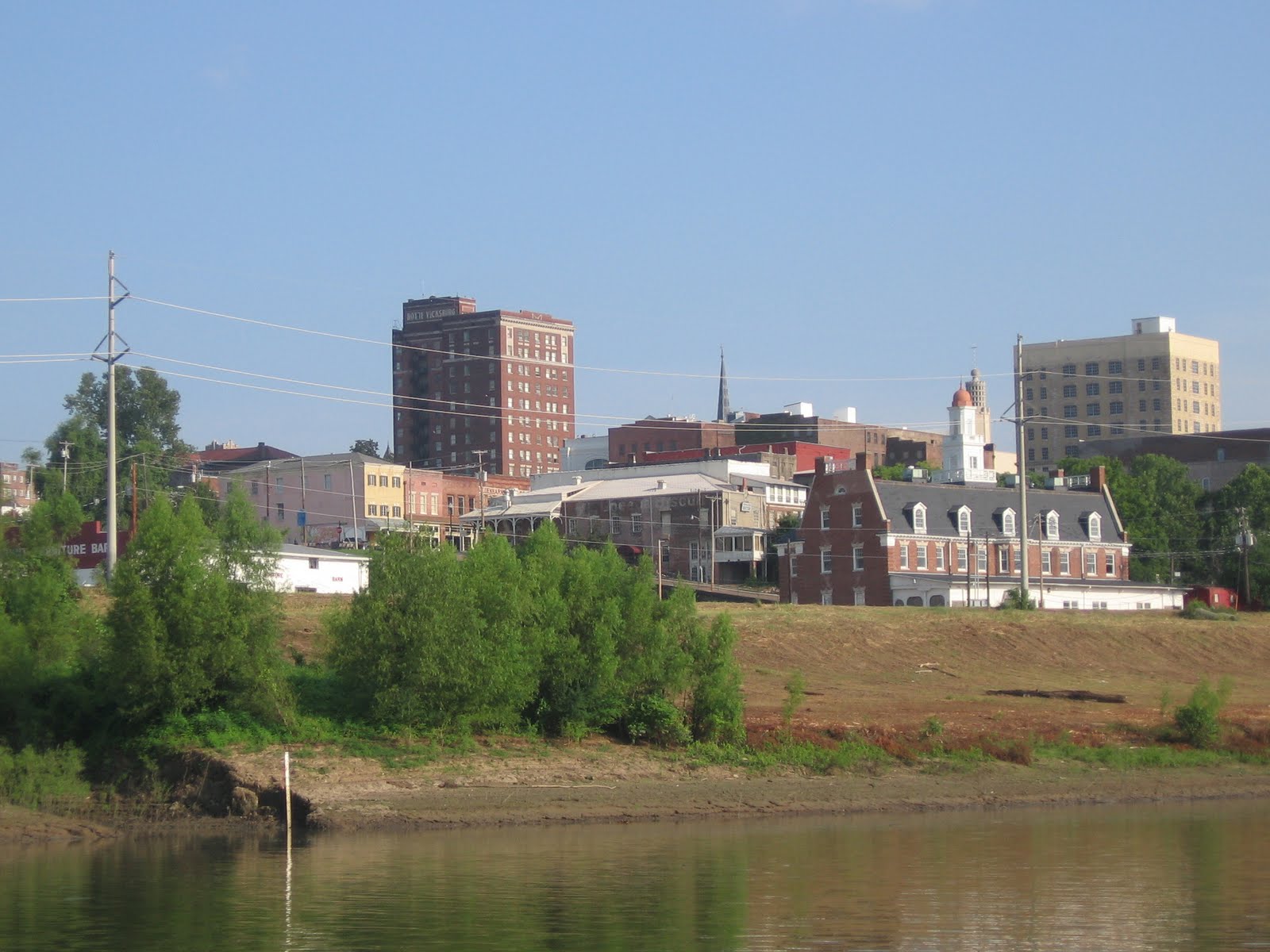 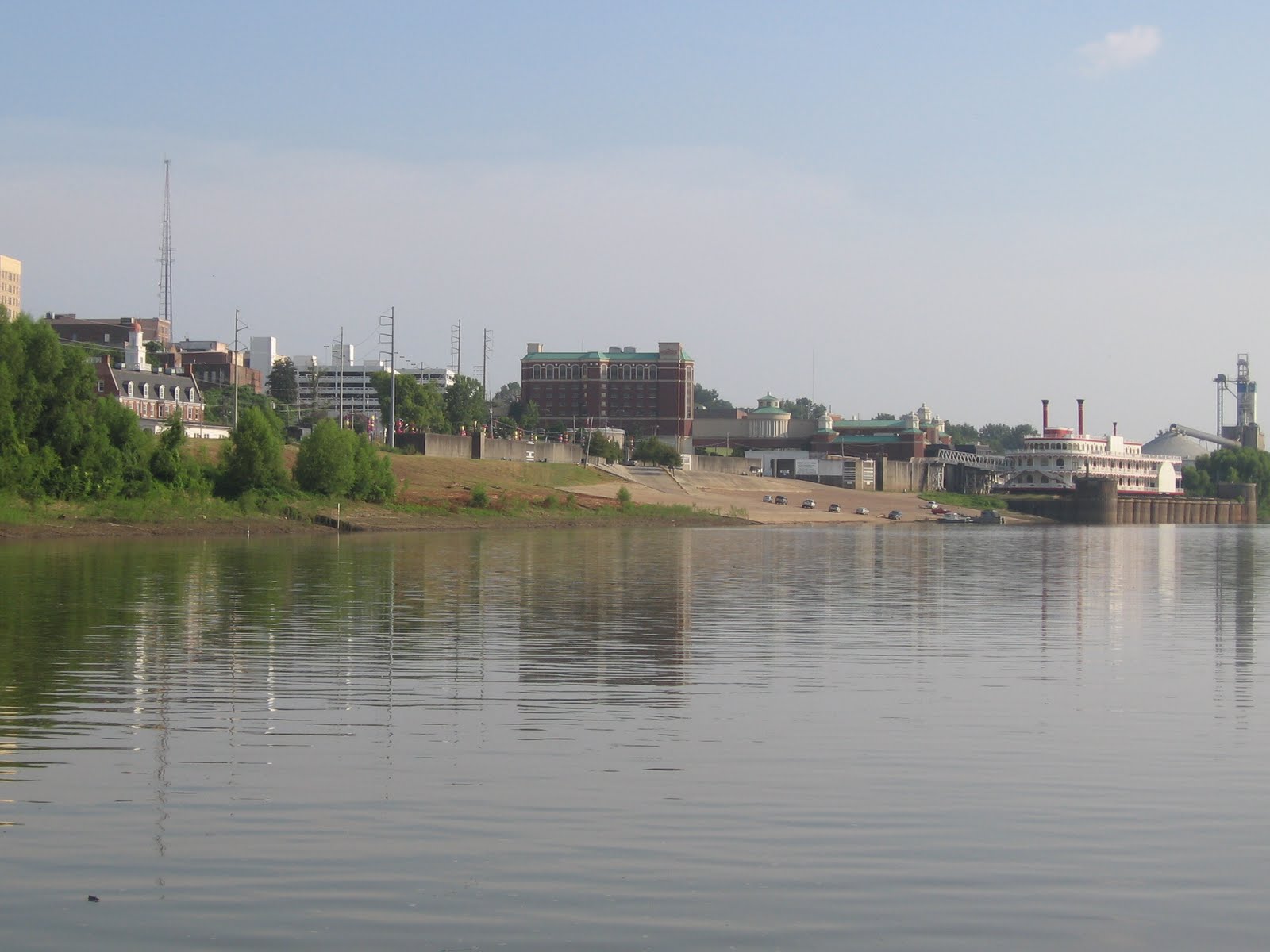 The small city of about 25,000 people has refashioned itself in recent years as a retirement destination. And I vouch from having spent the night there that it has more than enough to offer for a weekend trip.

But this bar still seemed like quite an anomaly in Vicksburg, not because its sophistication was incongruous with the town as much as the extravagance. What serves as a perfect entertainment venue in one location could undoubtedly flop in another; it doesn’t take a rocket scientist to figure this out. But the upscale vibe at this bar wasn’t isolated to the décor: a single cocktail cost $12.

The few pictures I have of Vicksburg that ended up being of reasonably high quality suggest that this sybaritic den along the main street genuinely is out of character with everything else in the vicinity. One of the oldest cities in the Deep South, Vicksburg was home to a notoriously long siege during the Civil War that, upon succumbing to Union forces, marked a pivotal turn of events favoring the North, as they gained control of the entirety of the Mississippi River. However, like the town of Natchez to its south, Vicksburg was spared the widespread pillaging during General Sherman’s raids, so a fair amount of its architecture survives. I can only say “a fair amount” because there are also gaping holes in the main street that would be perfect for good infill development if economic conditions for the Vicksburg region favored it: 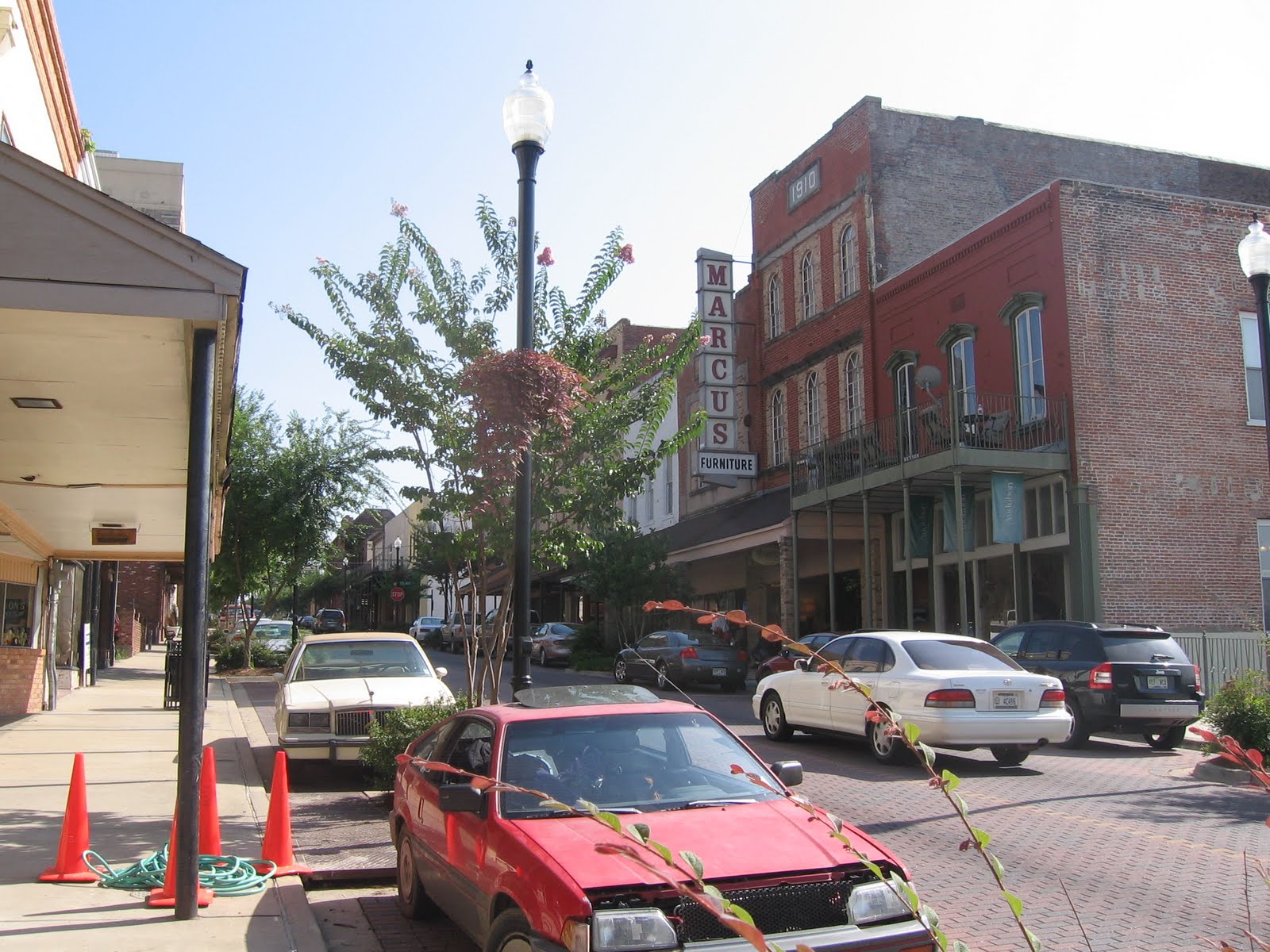 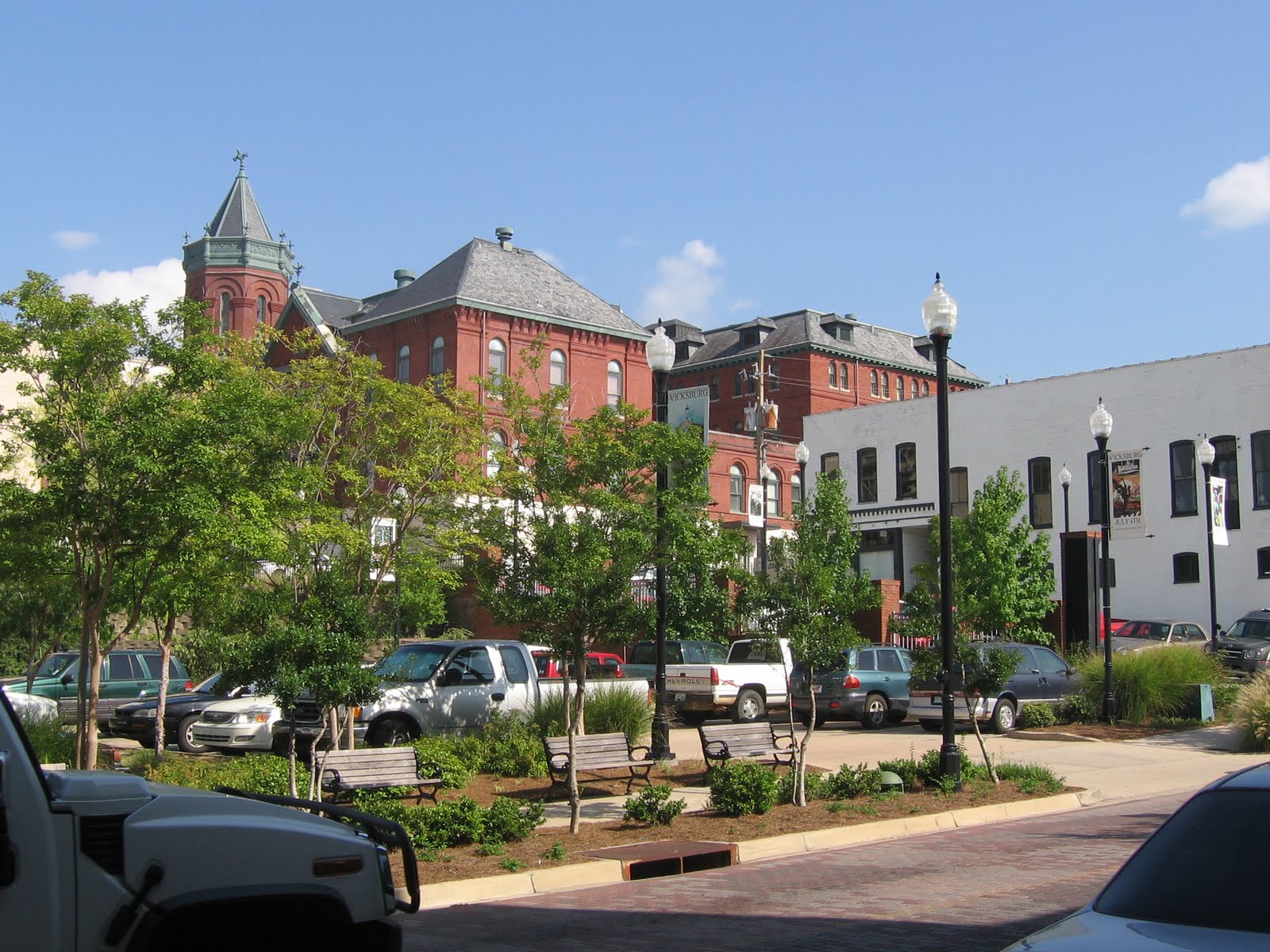 With the topography of San Francisco but a fifth of its population in poverty, Vicksburg cannot escape its geographic proximity to the fecund, alluvial flatlands of the significantly poorer Mississippi Delta, just a handful of miles to the north. The city’s principal economic engine seems to be tourism derived from gaming, though beyond its three casinos it offers several museums, an extensive military park, and riverboat tours. No doubt the money from gaming has infused the city with enough cash for extensive streetscape improvements in its completely wi-fi downtown. It derives much of its white-collar work force from the sizable district offices for the Army Corps of Engineers. But do these potential clients generate a big enough market to support a highfalutin bar with twelve-dollar cocktails? According to the bartender, they do: though the night we went was as slow as the photo indicates, apparently it had become a popular happy hour destination for local lawyers, and sometimes casino goers like to celebrate there if they’re flush with cash. At the time of our visit, it had been open for a month.

Nonetheless, I compare this to one of the other retailers we patronized during our overnight stay in Vicksburg, which seems far more congruent with the character of the city. 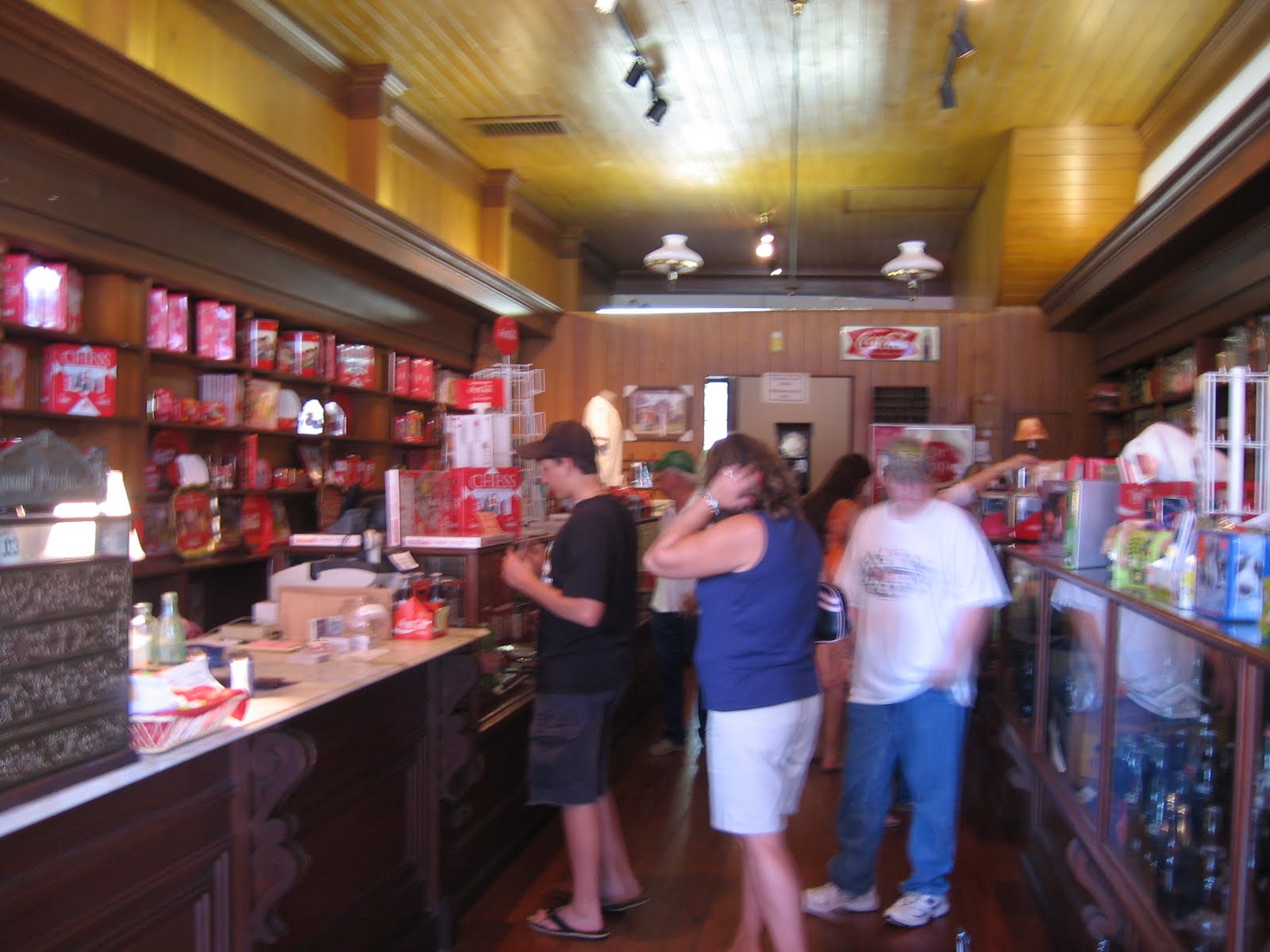 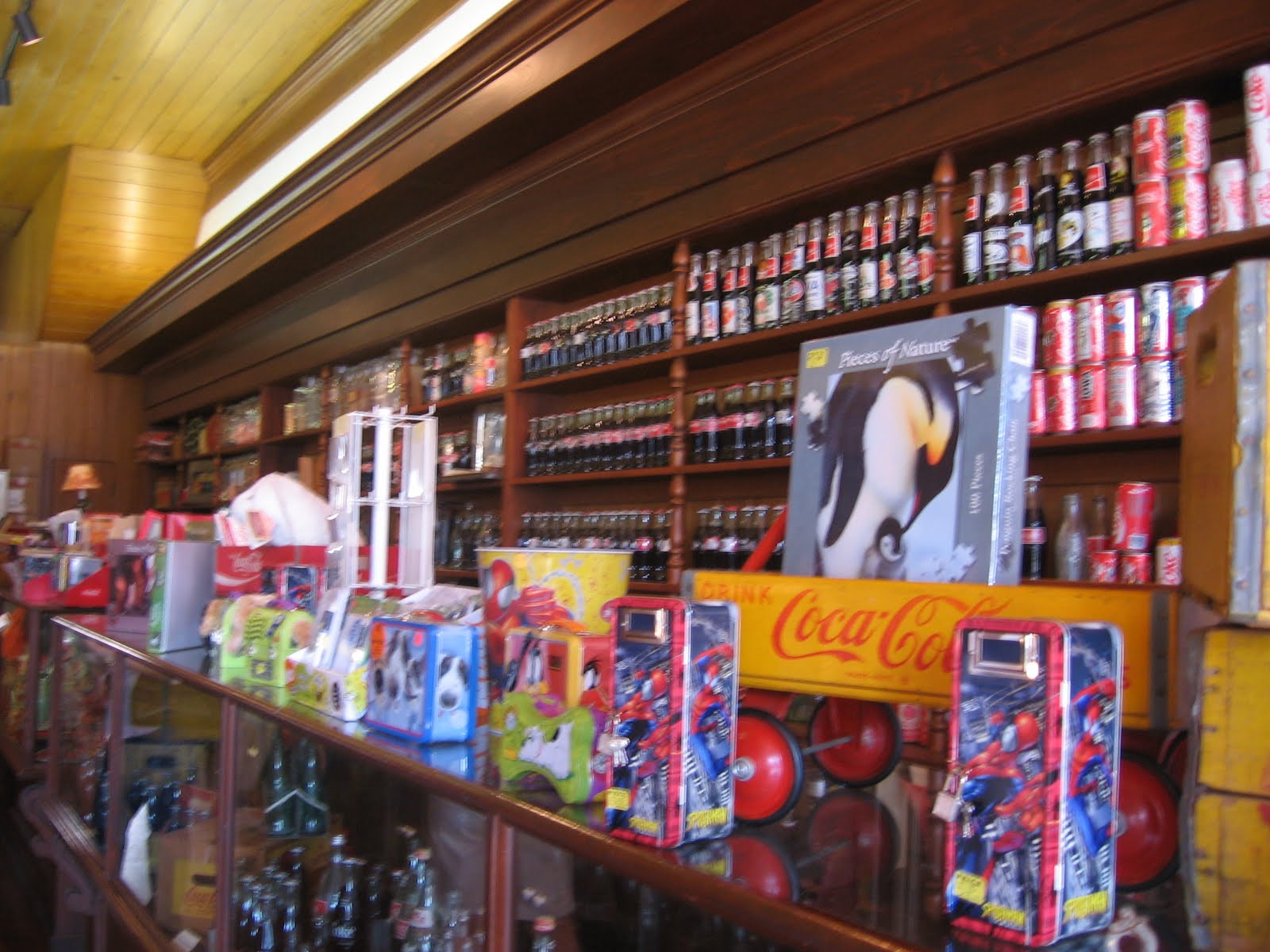 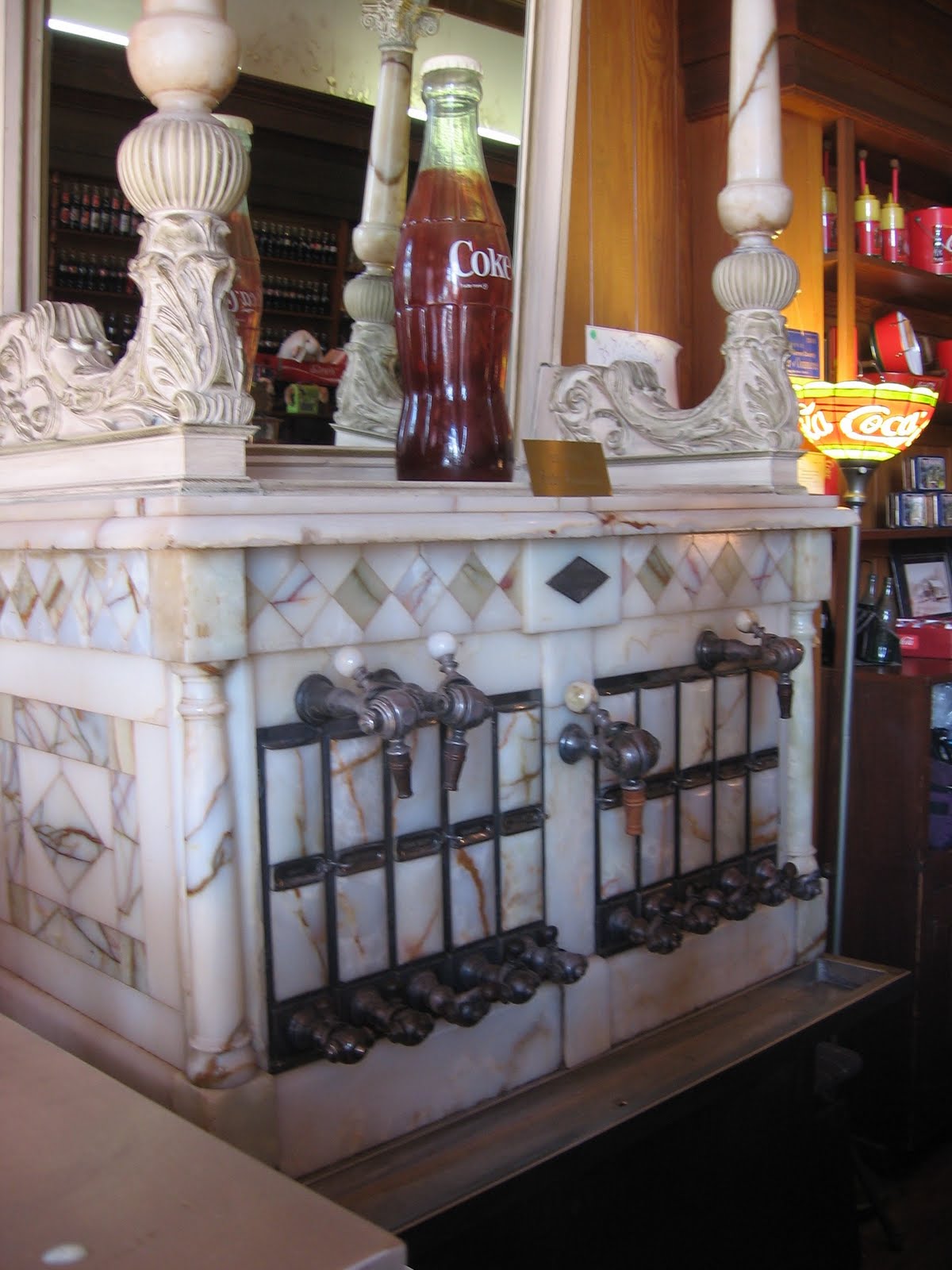 Yes, it’s an old soda fountain, with original countertops, an assortment of vintage Coca-Cola paraphernalia, and a gorgeous marble dispenser. Popular among visitors, too.

If I recall, the bartender at the posh place seen at the top of this posting said it was started by a local chap who lived for many years in Los Angeles, and wanted to bring some of the glitz back to his hometown. He had done his research and believed Vicksburg was ready for it, if I remember correctly.

Less of an analysis than an anecdote, this entry still offers an interesting demonstration how much we surmise of the character of a town from its storefronts. One of my old instructors believed, fairly simply, that retail is everything in defining how an outsider will form an impression of an area. Clearly I’m already guilty of it myself, as previous postings on mall tenants will prove, in a much more suburban, auto-oriented vernacular than the commercial district of Vicksburg. This may explain why Main Street associations have proliferated across the country in nearly every state, aiming to lure not just any retail but the “right” retail back to their downtowns; it is hardly profound to suggest that, even in the most decentralized of cities, the central business district operates as the implied front yard.

I have deliberately left this bar in Vicksburg anonymous, partly out of necessity because I’m not confident I remember the name correctly, but mostly because one could easily misconstrue this dissection of the bar’s interior as criticism both of the venue as well as of Vicksburg myself, which is not my intention. Clearly I was confounded by the existence of an opulent cocktail lounge in a humble Southern river town, but that probably has more to say about my own embedded, prejudicial expectations. We didn’t stay long at this bar: we couldn’t afford the drinks and felt underdressed, so we went to a local pool hall down the street (which was fairly crowded). I will never know if the owner of the bar was genuinely committed to bringing a flavor of Los Angeles to the citizens of Vicksburg; my suspicion is that he was just as easily preening by offering a decadent palate cleanser to the city’s many weekend visitors. At any rate, these photos date from almost exactly two years from the time of this posting; if I do recall the bar’s actual name, it has a website and is still in business.