In late May I drove around with a friend whose first visit to New Orleans included both the usual haunts as well as some of the less frequented surrounding areas. Our two days of travels stretched as far as the plantations along River Road to the west, the isthmus between Lakes Pontchartrain and Maurepas (with the old-time catfish place Middendorfs), as well as the Lower Ninth Ward and the downriver suburbs that suffered the greatest amount of devastation from Hurricane Katrina. He is not an avid photographer, but he insisted that I pull my camera out when we approached the Schwegmann Plaza in Chalmette, Louisiana, about three miles east of the Ninth Ward. He remarked that it looked like a post-apocalyptic setting, like an America after a nuclear attack. 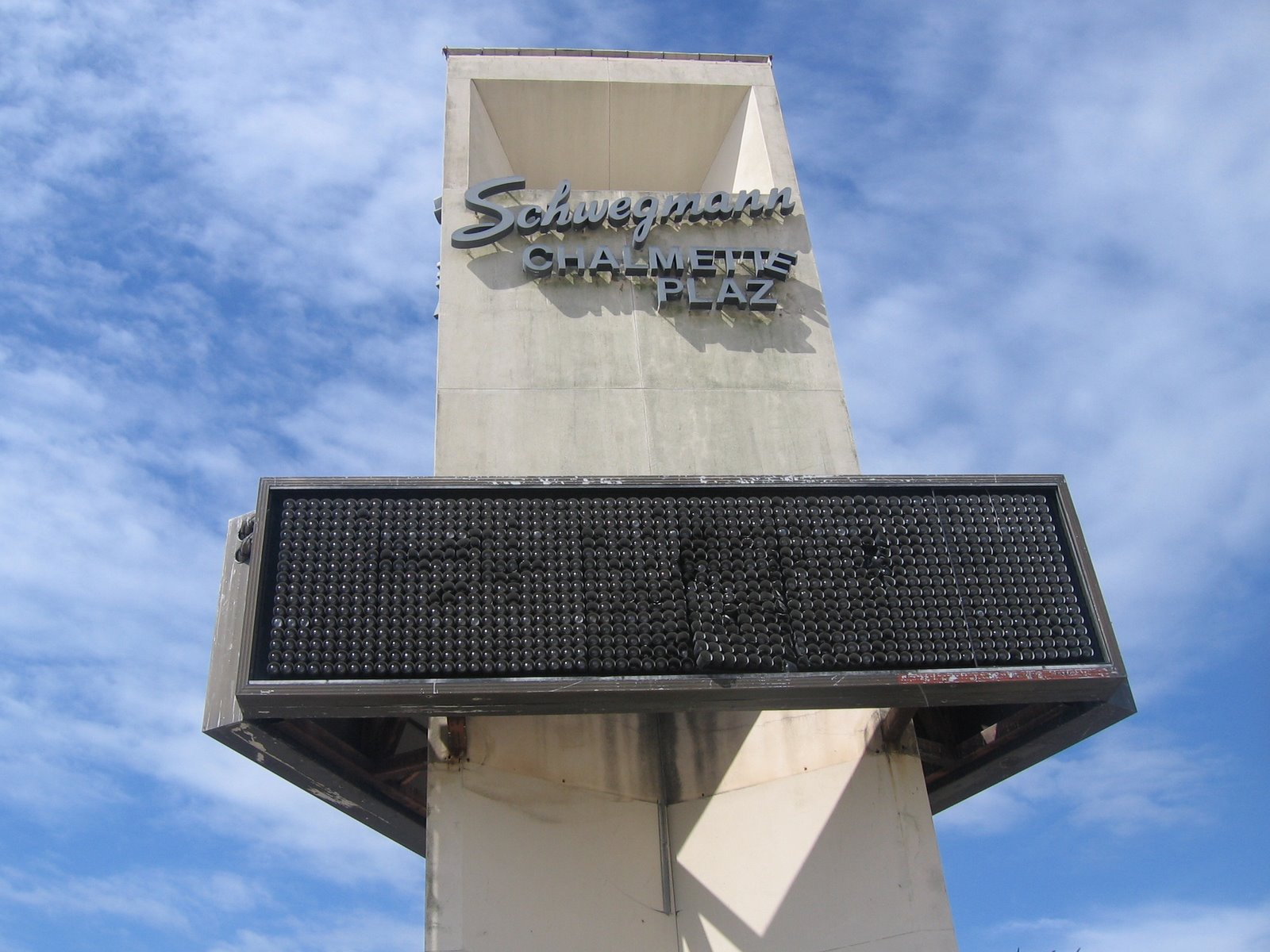 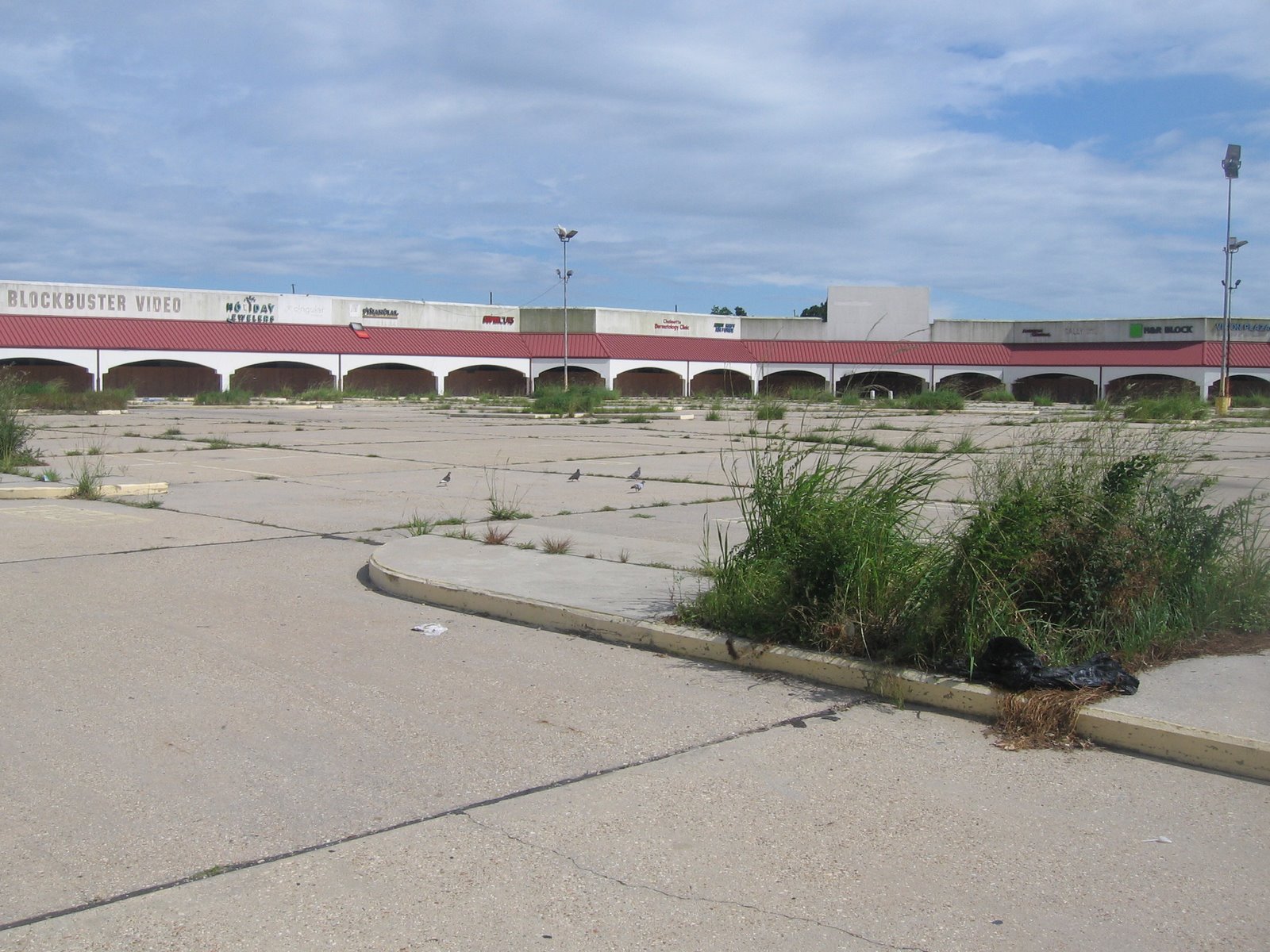 Some context can help clarify the motivation for taking these pictures. Chalmette is the largest community in St. Bernard Parish, which is a suburban parish (the Louisiana equivalent of a county) immediately east of the city. Prior to the storm, it had a little under 70,000 people, according to the US Census. Of all the parishes in the state, St. Bernard came the closest to 100% flooding—observations from residents I know suggest that only a few dozen of the 25,000 or homes escaped inundation; most received over eight feet of water. The recovery of the parish and the homecoming of its residents have been riddled with political, logistical, economic, and environmental complications, but most recent Census estimates suggest the area is at nearly 50% of its pre-Katrina population.

Thus, it would be unfair to post these photos without acknowledging that most of the development around Schwegmann Plaza (even some to the immediate west of it) is in far better shape than what you see here. Several grocery stores have returned, the hardware stores are doing inevitably strong business, and some beloved institutions like Rocky and Carlo’s restaurant are up and running again. The Chalmette area is a patchwork of hurricane-induced decrepitude and primer-coated recovery, often juxtaposed in a single block.

However, this is how much of the city of New Orleans looks as well. So why did Schwegmann Plaza stand out for my friend, after having seen the much higher-profile Lower Ninth Ward? After gazing upon countless architectural manifestations of New Orleans’ prolonged cultural isolation—structures that look like nothing anywhere else, as most visitors of the city can testify—Chalmette offers an antidote in the form of utterly conventional suburbia. A mostly white, lower-middle class area before the storm, Chalmette and St. Bernard Parish perhaps reveal the ruthlessness of a hurricane more poignantly because they look like they could be anywhere else. The Spanish colonial arcades of the French Quarter, the baroque brackets of double shotguns in the Uptown area—these are remarkable whether they’re in impeccable shape or advanced decay. Chalmette looks far more like mundane America. And when a ubiquitous suburban strip mall gets clobbered by floodwaters and rots in the soggy Louisiana air, it amplifies the feeling of vulnerability. Schwegmann Plaza takes the magnitude of devastation in post-diluvian New Orleans and banalizes it, making it hit home to the most hardened of us.

PrevFour-Legged Pedestrians?
Binodal small towns: a help or a hindrance?Next

One thought on “Suburban desolation taken to new extremes.”