What’s in a name? Apparently not much for apartment complexes.

I was recently driving in an area close to where I grew up, and noticed something different about two apartment complexes. The first of these was called La Caribe when I was in high school: 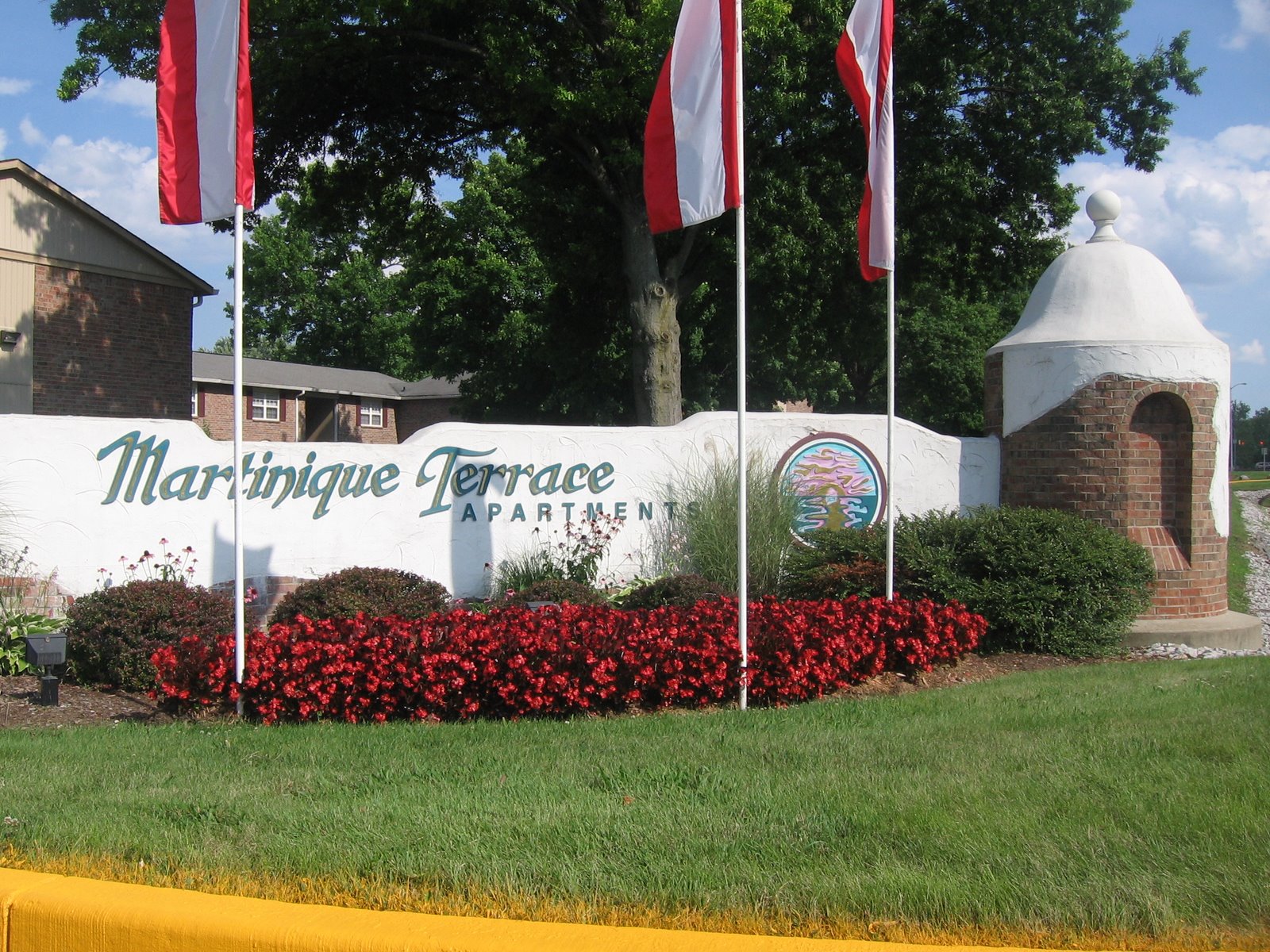 Despite few, if any, other visible changes to the appearance of the buildings, it is now Martinique Terrace. The other was called Wyandotte Trails, I believe: 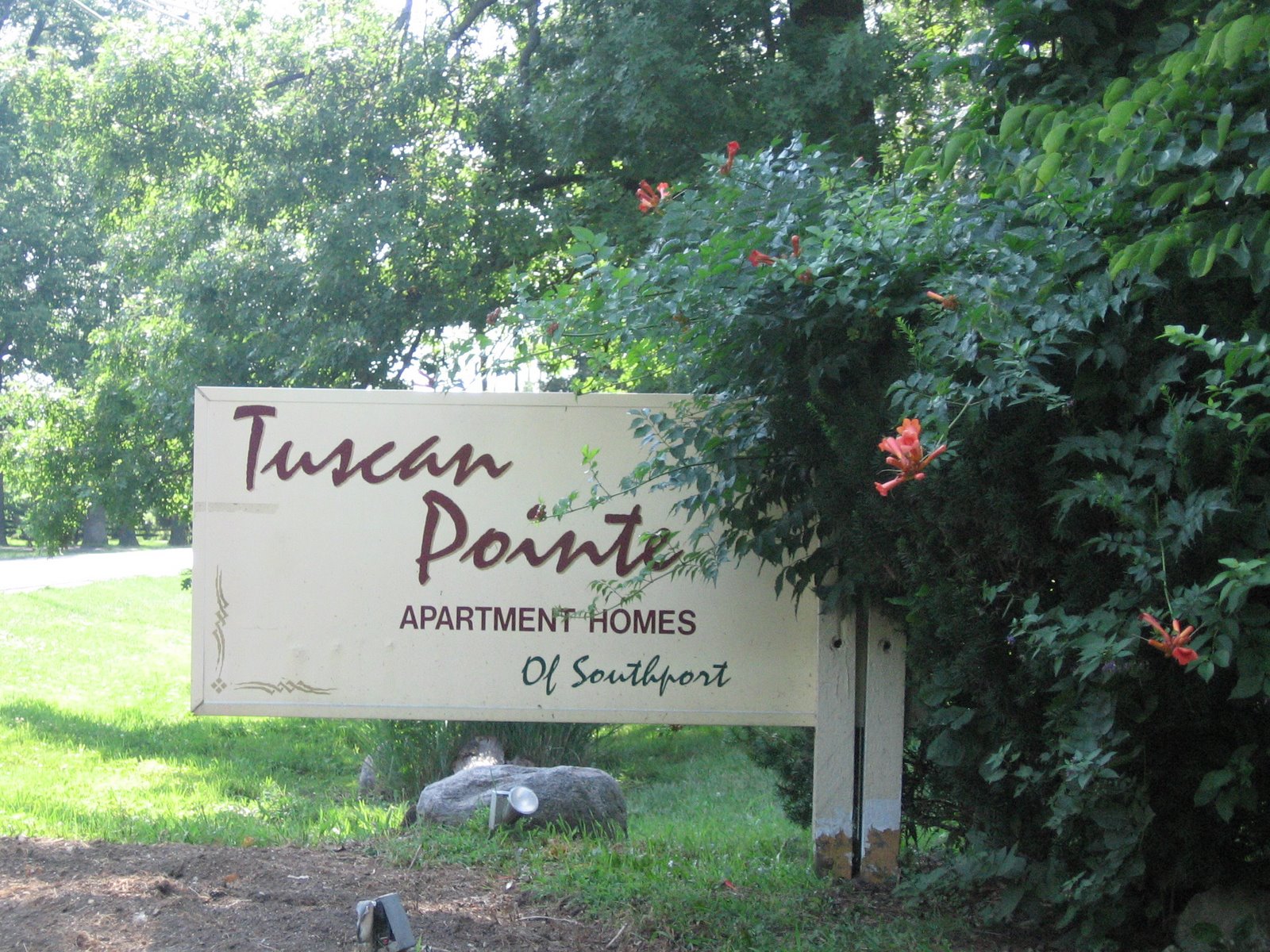 The largely inconspicuous sign now refers to it as Tuscan Pointe. No doubt both of these apartment complexes experienced a change in management or ownership, but what motivated the new owners to change the names? Has there been a concomitant change in the bylaws that necessitate an overall shift in identity? Did the apartments begin to decline in their desirability, demoting the name of the complex into a pejorative to the point that it needed a complete overhaul? The Martinique Terrace apartment still appear to be well-maintained, at least on the outside; Tuscan Pointe is showing some signs of deferred maintenance, though it’s certainly not looking terrible. My estimate is that both of these complexes were developed between 1975 and 1980; the Tuscan Pointe may be a bit older among the two.

Obviously I don’t have too many answers, but I think these subtle changes raise important issues of how much a name plays in the affirmation of the identity of an urban sub-unit, whether it be largely suburban apartment complexes such as these, a subdivision with a hierarchical road layout (i.e., lots of cul-de-sacs and only one or two points of ingress/egress), or a traditional urban neighborhood with a typically gridded plan and a mix of commercial/retail to serve basic needs of the residential population. Clearly the community where the tenure largely consists of homeowners instead of renters would have a much more difficult time changing its name; lacking any sort of stewardship among the residents, Martinique Terrace and Tuscan Pointe probably did not arouse a great deal of controversy with the name change. (Tenants were far more likely to show concern about a change in the terms of their lease.) It would be particularly interesting to see the evolution of neighborhood naming from the modern subdivision, which often has the name bedecking the entry way, as well as streets that reaffirm this name. Conversely, old urban neighborhoods had few or no signs announcing the neighborhood and the roads themselves often came from the continuation of the grid that already passed through the area; any signage today may be established through a historic district or businesses in the neighborhood that refer to Woodruff Place or Fountain Square in their names. Neighborhood associations have proliferated in recent years, affirming and reinforcing a sort of civic participation in a significantly smaller jurisdiction than the larger city, and providing a big-fish-small-pond point of entry for those who are curious about activism or political involvement.

I have never lived in an apartment complex comparable to Tuscan Pointe or Martinique Terrace—only apartment buildings that were typically managed by a larger company with scattered properties throughout the city. Anyone who can offer illumination on how community identity is established within large apartment complexes (if any such exists) can provide an interesting contrasts to neighborhood or homeowners associations, and the nuances of the bylaws that dictate certain behaviors in a place full of owners, renters, or a mixture of the two.

PrevGenerosity can be measured in meters.
Why is retail so fickle?Next