As I prepare for a significantly longer essay on the introduction of complete streets into the American landscape, I wanted to include a few images of a quiet but growing concern among planners and civil engineers: biofragmentation through the construction of roads.  In his book Road Ecology, Richard T. T. Forman estimates that 1,000,000 animals are killed every day from collisions with cars.  (This doesn’t include the countless insects who succumb to our windshields.)  While some countries in Europe have been trying to reduce animal fatalities through wildlife crossings for several decades, they remain a relatively recent development in North America.  Perhaps the best known are the underpasses for Interstate 75 in Florida, which engineers have designed specifically to prevent car collisions with the Florida panther, one of the most endangered large mammals on the continent.  As many people know, the deer that are abundant in many parts of the continent can be particularly hazardous, causing significant damage to the car and injuries or death to the passengers within.  They are among the most frequent mammals to cause collisions, because of their tendency to graze on food along the periphery of a road—a bitter irony, because much of this roadside food has been disposed by humans, thrown from the windows of their cars.

Below is a busy stretch of the Concord Turnpike in the Town of Concord, Massachusetts, which features four subtly introduced box culverts that serve as wildlife underpasses. 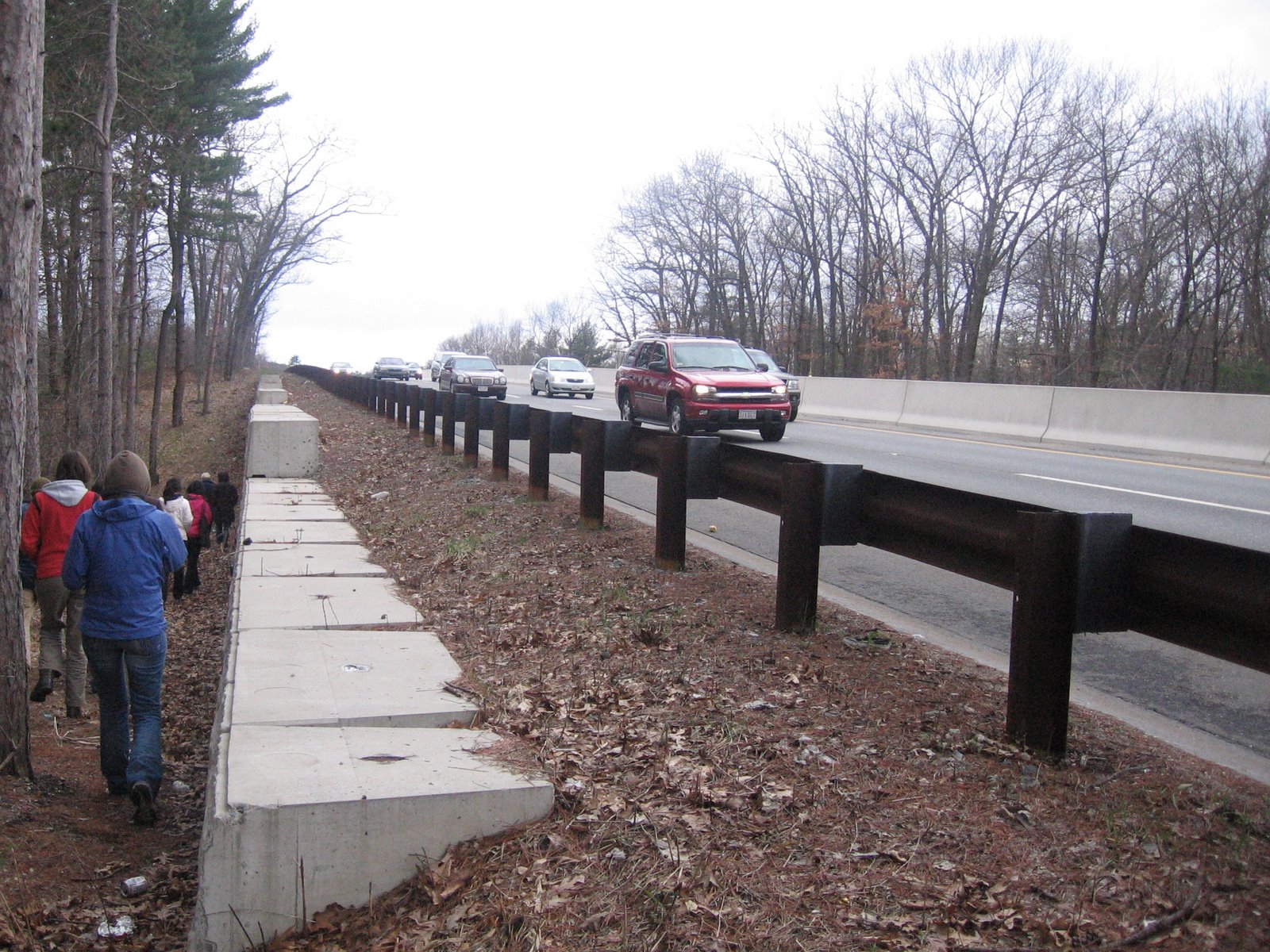 The tunnel pictured below does not target any particular specie, but is part of a general effort to reduce collisions between cars and animals; as the photo proves, the tunnel is clearly large enough for a human to pass through.  Also critical is the earthen floor, which helps create a more seamless habitat for a traveling animal than an abiotic strip of cement. 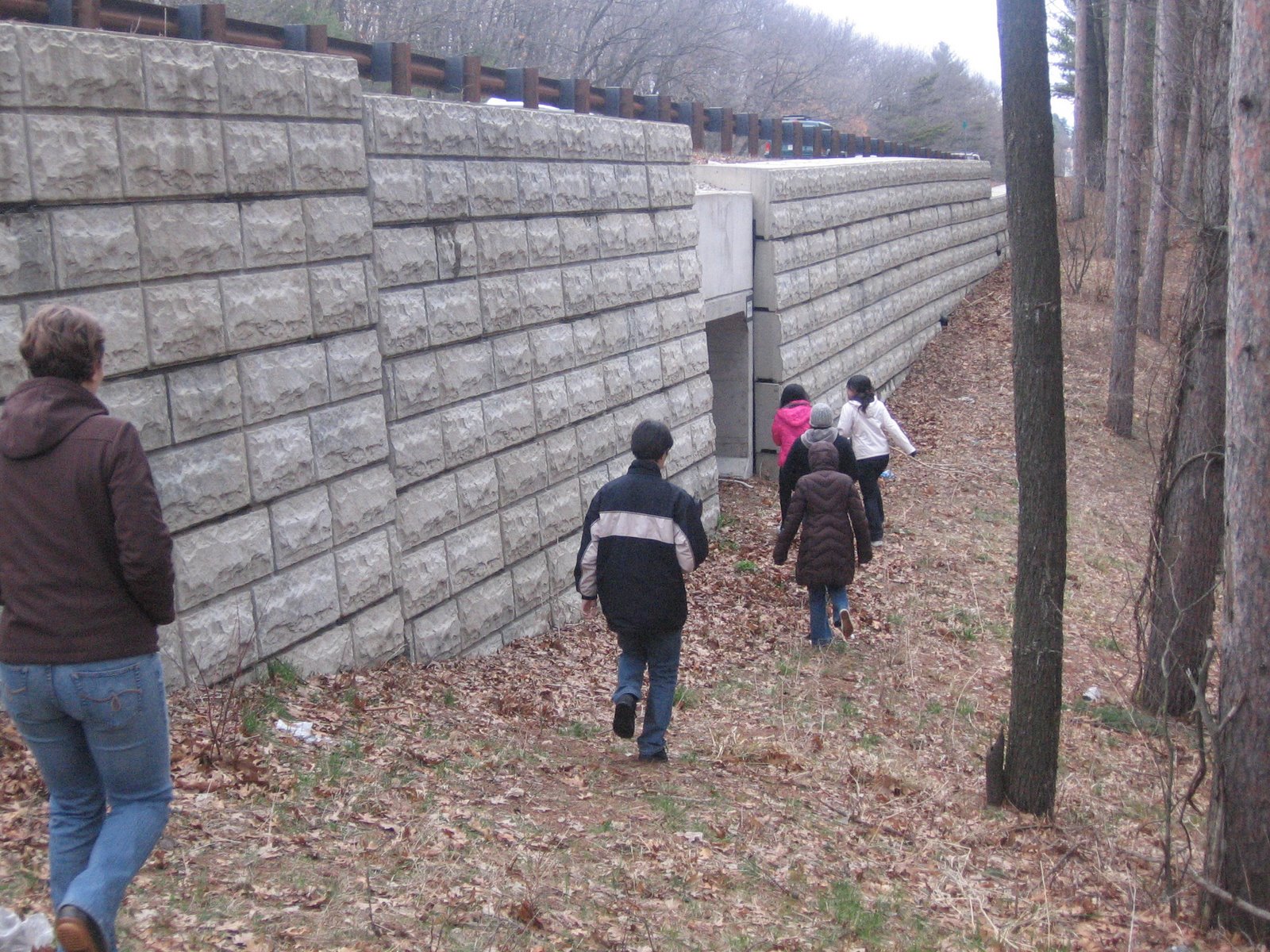 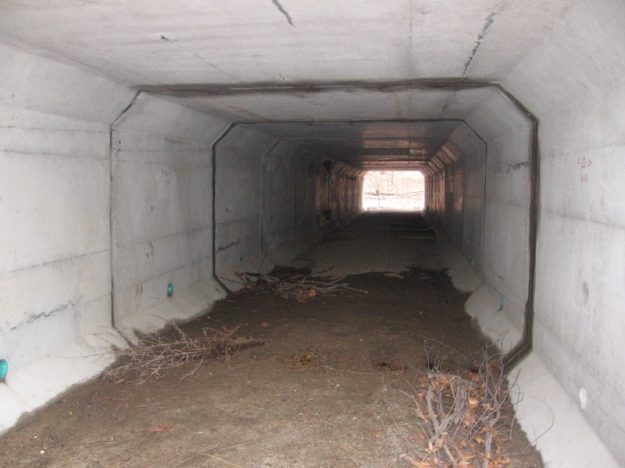 The Sudbury Valley Trustees have installed cameras to monitor the success of the tunnels; their website confirms that they do enjoy use from mammals (and even a few birds) of various sizes.

The Town of Concord, formerly home to Transcendentalist writers Thoreau and Emerson, has a history of strong environmental stewardship, and my suspicion is that the population largely embraced the introduction of such an infrastructure improvement, whereas in other locations it might arouse remonstrations as a frivolous use of taxpayer dollars.  However, the town’s Natural Resource Commission apparently partnered with the state highway department to include these box culverts during a broader infrastructural upgrade, in which the Commonwealth installed retaining walls and median dividers, while integrating the wildlife underpasses into the overall design process.  This appears to me to be a politically savvy move, because it could mitigate most of the fallout among taxpayers that would take place if the Commonwealth introduced the improvements like wildlife underpasses as a separate highway project on its own terms.  These box culverts most likely cost slightly less as well, since they were part of a larger improvement and did not demand any demolition or structural alterations on their own terms.

In all likelihood these projects will become more prevalent in the United States with each passing year; I believe New Jersey has a few wildlife overpasses, which serve much the same function as a pedestrian bridge but are usually much wider and again covered with an earthen floor.  If other jurisdictions adopt the Concord approach and integrate the design with broader street improvements, these wildlife crossings could ascend among the public perception from a luxury to a desirable safety feature that protects both humans and animals.